Tips on How to Be Owl Friendly

Learn how to keep the owl families living in your neighbourhood safe from harm. 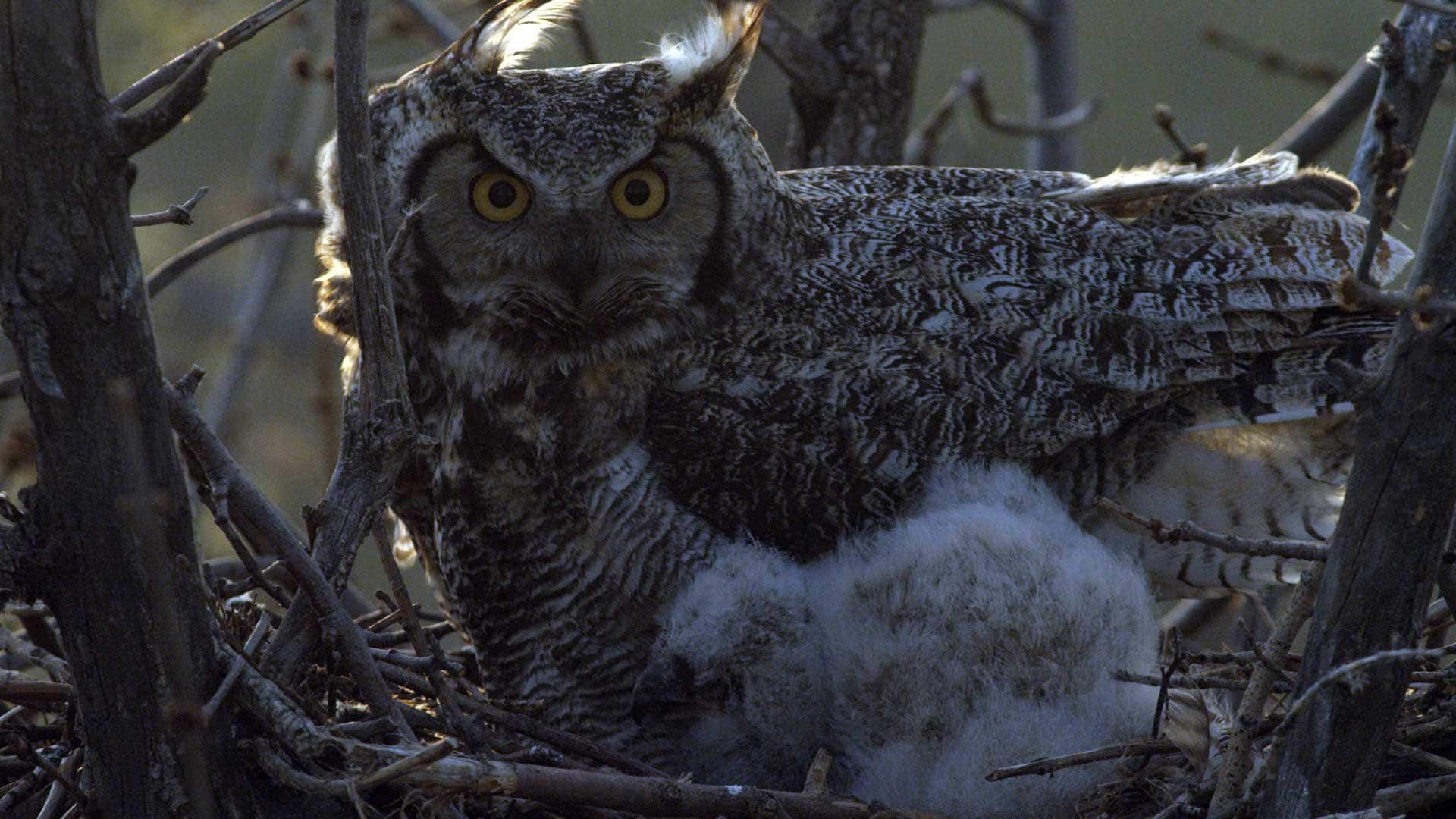 There is good news —  Great Horned Owls, featured in Nature of Things Secret Life of Owls aren't on the endangered list and are found throughout the Americas. However, according to the North American Breeding Bird Survey, the population has declined by 43% over the last 50 years.

Here are a few tips from the International Owl Center on how to keep the owl families living near you happy, healthy and safe from harm.

Use traps instead of poison.

Dying animals are always easier to catch than healthy prey. Owls eat both mice and rats so if these rodents are eating poison, then the same poison ends up in their food supply. Recent studies have found that 60-80% of all Great Horned Owls have rodent poison in their bodies. This isn't good for them.

SCENE FROM THE FILM: Owls are master hunters.

Leave trees — dead (if safe to do so) and alive — where they belong, planted in the ground. Dead trees provide essential nesting sites and calling perches. And of course, live trees provide good habitat for all critters to thrive.

Cats are a known scourge to birds. Although they're not likely to catch and eat a great horned owl, they do compete with them for small animals making it harder for owls to survive. And bonus: your cat won't wind up as dinner for a Great Horned Owl family. 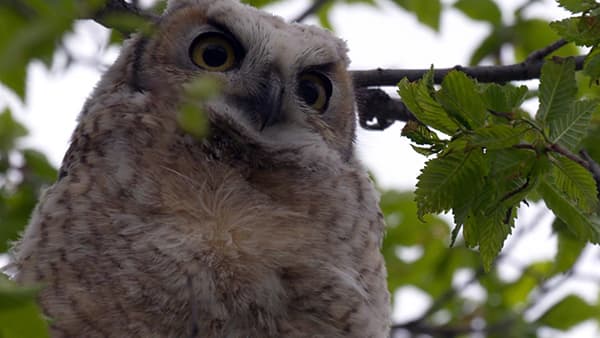 This owlet has the downy feathers of a fledgling. The first year is the toughest one to survive.

Keep Fido under control, too.

When an owl makes a kill it often spends several minutes on the ground eating, a time when it can be killed on injured by a dog. Fledging owls are also especially vulnerable to dogs when they're learning to fly.

Don't throw your garbage, including food, into ditches.

The garbage attracts rodents which attract owls. Owls are often hit by cars when they hunt along roadways. So keep your apple core for the compost pile at home!

Fledging owls normally spend a week or more on the ground before they learn to fly well. Chances are their parents are somewhere nearby keeping a close watch. If you think the owl might need help, contact a local wildlife rehabilitator instead. Do not feed it. The first year of life is the toughest to survive in the life of a Great Horned Owl.

Tips include letting your lawn grow to attract wildlife. Remove obstacles like barbed wire, soccer nets, seasonal decorations and other items that owls can get hopelessly tangled in. If you're in the right location, consider providing owls a home. Here's some tips how to make an owl nesting platform.