Three unexpected ways that air pollution may affect our bodies

New research shows it’s not just about our lungs Leif Kaldor, director of Something in the Air

Sometimes air pollution is obvious — the air is grey and smells terrible. But as Something in the Air, a documentary from The Nature of Things, shows, the air can still be bad for your health even in places where it looks fine.

According to research from the World Health Organization, more than 80 per cent of people living in urban zones that monitor air pollution are exposed to air quality levels exceeding the WHO’s limits.

WHO adds that air pollution is the biggest environmental risk to health, causing one in every nine deaths annually around the world.

Despite generally good air quality in Canadian cities, it’s been reported that around 32 per cent of Canada’s population lives within 500 metres of a highway or 100 metres from a major urban road, resulting in increased exposure to traffic-related air pollution.

In addition to toxic gases, vehicle exhaust contains incredibly small bits of unburnt fuel called “ultrafine particulates,” which have been associated with a range of negative health effects.

What we can’t see can hurt us, and new research is showing how air pollution may affect the human body in unexpected ways.

Our brain size and pollution

Caleb Finch, a researcher at the University of Southern California, found that exposure to urban air pollution can actually shrink the brain in direct proportion to the exposure. “[It’s] like tobacco smoke; there’s no such thing as a safe background level of tobacco smoke — it’s all toxic,” says Finch.

What’s more disturbing is that a recent study from London — a city which has twice the safe level of pollution particulates in the air — showed that air pollution can not only get into the bloodstream but also into a pregnant woman’s womb, affecting a growing fetus.

Barbara Maher, an expert on magnetism at the University of Lancaster, has been measuring the amount of metals found in the brains of people from very polluted cities.

Her team’s research showed how tiny pollutant particles travel through our olfactory structures and into our brains. “The highest magnetic content that we measured was actually from a Mexico City resident who was only aged 32,” says Maher. “Even a three-year-old child has quite significantly measurable amounts of magnetite in their brain.”

Since other research has shown a link between Alzheimer’s disease and magnetite in the brain, Maher’s work raised the question: Could air pollution be causing dementia?

A study of six million Ontario residents observed a potential connection. It showed that living within 50 metres of a major roadway was associated with a seven to 11 per cent increase in incidences of dementia.

Changes to our genetic code

Most effects of air pollution are spread over a lifetime, but in his University of British Columbia lab, Chris Carlsten has been exposing volunteers to diesel exhaust for short periods of time.  His studies are carefully structured and monitored to limit health risks to volunteers, using levels of pollution that are equivalent to being in Beijing for two hours. 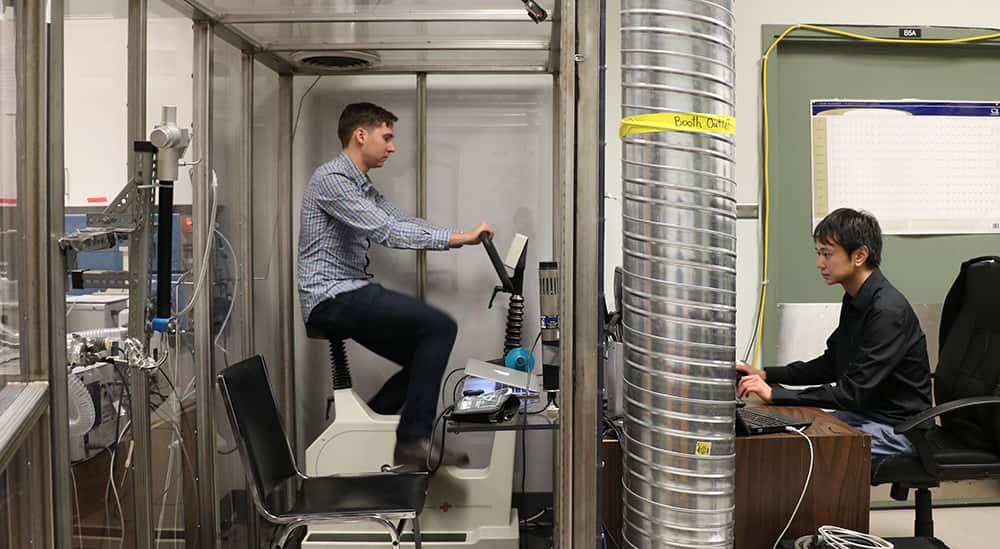 To find out how much that could affect a person, Carlsten measured the blood of subjects on days with clean air and days of pollution exposure. His study found that even two hours of concentrated air pollution altered the volunteers’ DNA in potentially hazardous ways.

“These are transient or temporary changes, which is good news because it means that, if we can limit exposures, they’re more likely to not be permanent,” says Carlsten, but adds that, “if you’re living, for example, in a place where high levels of air pollution are more common and permanent, you could be in more trouble for those epigenetic changes becoming longstanding.”

MORE:
Smart tools track air pollution around the world and where you live
Simple ways to reduce your exposure to air pollution outside

From our lungs to our blood to our DNA — even into our brains — there’s growing recognition of the serious health hazards of air pollution.

To learn more, watch Something in the Air on The Nature of Things.