“People just don’t look up enough. They don’t always see what’s going on in the sky right above us.” Chris Dart

Chris Ratzlaff, from Airide, just north of Calgary, likes to describe himself as a “chaser of elusive things.” And by elusive things, he means specifically storms and auroras. The photographer, featured in Nature of Things doc, The Wonder of the Northern Lights, first began chasing storms in 2010, after being blown away by one he saw from his backyard.

“It was a classic supercell structure, you could see the whole thing rotating,” he says. “It was an isolated storm. It was just very, very beautiful.”

Raztlaff became a minor celebrity in 2016, as part of a group of amateur aurora chasers who discovered a new atmospheric optical phenomenon. He and his colleagues first saw the narrow, purple band of light in 2014, but wasn’t sure what it was. It looked a lot like an airplane contrail.

“We did a little bit of digging and a little bit of research, and we found out that other people had seen it as well,” he says. “They were calling it a proton arc, and we started doing the same.”

When Ratzlaff and his fellow Aurora chasers met with University of Calgary physics and astronomy professor Eric Donovan and NASA scientist Elizabeth MacDonald in 2016, they told him it wasn’t a proton arc. They weren’t sure what, but they should start calling it something else in the meantime. Ratzlaff suggested “Steve” as an interim name. (MacDonald's citizen science project, Aurorasaurus, also helped document and observe Steve.)

“The intent was not to have it called ‘Steve,’” he says. “The intent was to give it a temporary name that would spark conversation [about what the name should be]. And there was a lot of conversation in the Alberta Aurora Chasers Facebook group. And at the end of the conversation, we decided to stick with Steve as the name.”

“Steve” has since been backronymed to stand for Strong Thermal Emission Velocity Enhancement. 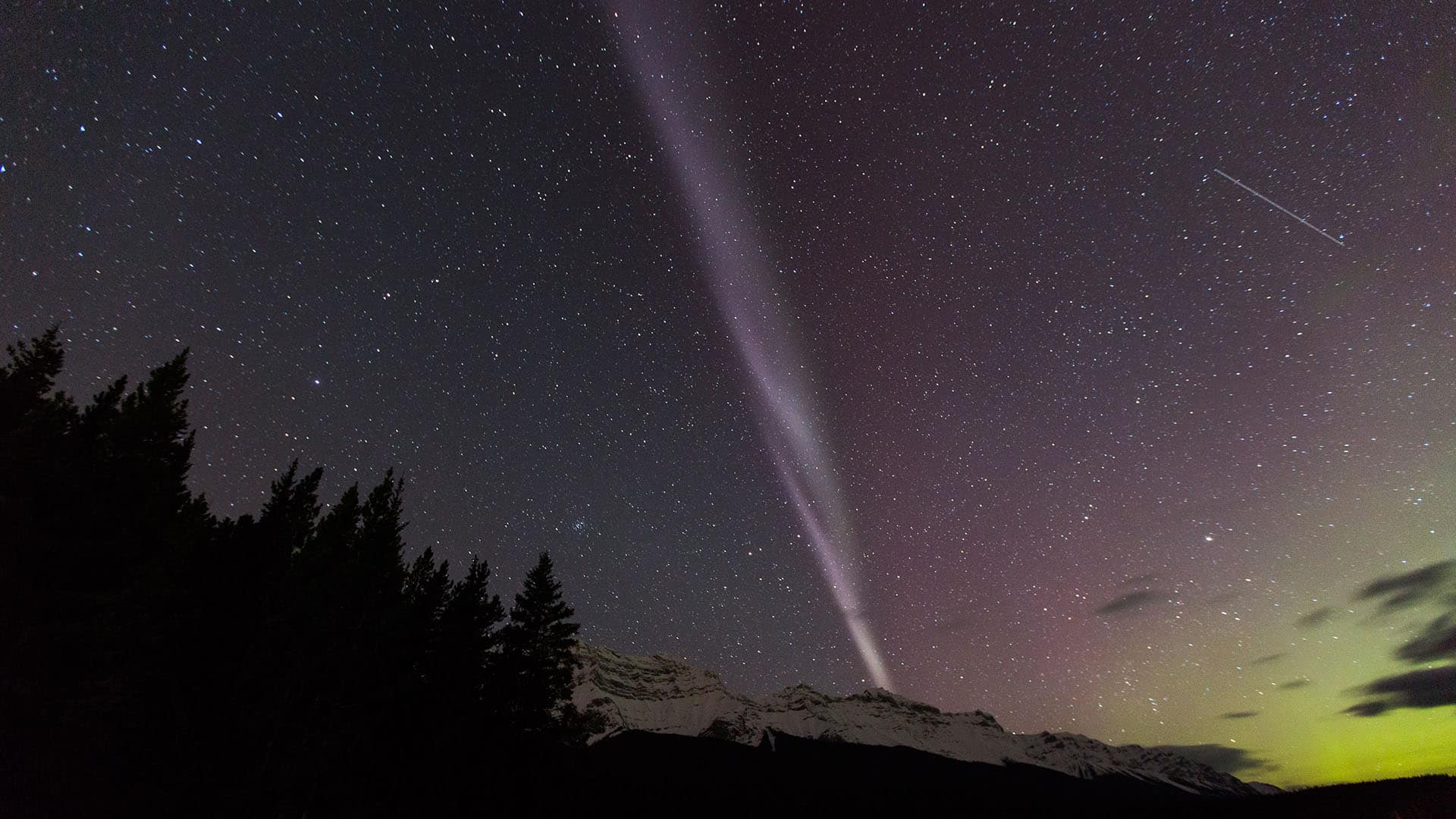 He says that one of the great things about the discovery of Steve is its an example of how traditional scientists working in academia and “citizen scientists” like the aurora chasers can work together. Steve was initially reclassified as an aurora, before finally being dubbed an atmospheric optical phenomenon

“It’s a great example of how they can collaborate,” he says. “You have one community that is very traditional, very thorough, very methodical, and you combine it with one that is faster moving, has a lot of breadth, and is very spread out geographically.”

MORE:
The vivid ever-changing northern lights can be seen from space
We searched the internet for the most stunning videos of the aurora borealis

Since the discovery of Steve, Ratzlaff has become somewhat of an evangelist for the aurora chasing. He says that he is shocked at how many people have never seen them, particularly as there are now aurora chasing apps and social media communities that will help people find them.

“Alberta is a really well-positioned spot to see these things with some degree of predictability,” he says. “There’s a large population of people who never get to see these things at all, even though they happen right on their doorsteps. Calgary is a city of 1.2 million, and we can see the lights from Calgary’s latitude once every month or two, and yet 95 percent of people here have never, ever seen it.”

He adds that every year or two, the Northern Lights get so prominent that they’re actually visible through Calgary’s city lights.

“The one thing I always encourage people to do is just look up,” he says. “People just don’t look up enough. They don’t always see what’s going on in the sky right above us.”