I was six years old when I first told my mother that I was going to be a marine biologist. “And you can be my assistant,” I kindly informed her. We were exploring the intertidal zone — that extraordinary world between high and low tide — on a very special beach: the beach I grew up on.

Thirty years later, I’ve come here to make the documentary Kingdom of the Tide for The Nature of Things. This is a rich intertidal zone and remains one of the most important beaches I’ve ever stepped onto because it taught me an invaluable lesson about the intertidal and the ocean: even when you think you’ve seen it all, rest assured, you haven’t.

Listen to Sarika Culllis-Suzuki describe her childhood exploring tide pools and returning to film Kingdom of the Tide. 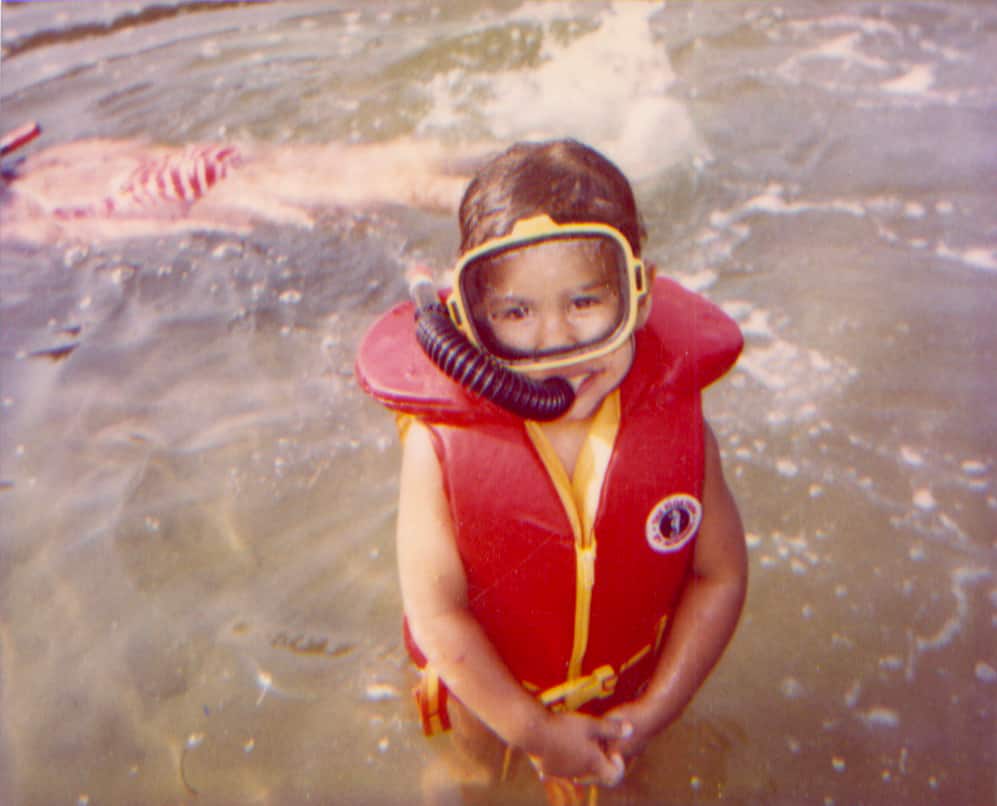 Of course, I did become a marine biologist (although my mother, sadly, never became my assistant), and I’ve been very lucky that my work has taken me to remarkable places: from coastal mangrove forests to the high seas, from colourful coral reefs to thick eelgrass beds. Yet this seemingly unassuming beach, in a tiny bay off an island in the Salish Sea, in my home province of British Columbia, remains my all-time favourite.

The number of creatures in this modest bay astounds. It was here I first discovered the delicate porcelain crab with its curiously flat, wide pincer claws that were often missing, likely dropped in an attempt to evade predators (amazingly, it can regrow them).

The orange sea cucumber lives under rocks nearby, its bright, flowery tentacles the only part of its body that’s visible. Here, I remember holding a moon snail for the first time, watching, transfixed, as it pushed all the water out if its huge foot and folded itself, origami-style, back into its shell.

This beach was where I first dug for clams and picked oysters for dinner. I learned later that this bay is a clam garden, built thousands of years ago by First Nations who lined bays like this up and down the coast with large rocks, creating ideal clam habitats. I am amazed that the number of clams here still remains sky high.

Limpets adorn the rocks and crevices. When I was young, I would gently press them onto my ears to make instant stick-on earrings; they were pretty, but would never stay put! Back to the beach they’d go.

WATCH: A limpet using its impressive teeth to graze.

But perhaps the most vivid memory I have of this beach is the first time I witnessed a fish singing. Each year, in late spring, the plainfin midshipman migrates from the depths to flood the intertidal zone from California to Alaska. The alpha males will actually “sing” for hours to encourage the females to mate with them. Their song is often so loud you can hear it as it resonates out of the ocean and into the air. It is hypnotic.

MORE:
These freaky creatures have adapted to survive in one of the world's toughest habitats
This fish can breathe air to stay safe during the low tide
This beautiful sea slug has a secret weapon

Yet even though this phenomenon happens all night, every night during every mating season for months at a time up and down the coast, it remains largely unknown. Although I have been exploring this beach every year since I was five, I only discovered the singing a few years ago. Learning about this creature was so profound that I devoted my entire PhD thesis to it.

The ocean never ceases to mystify, awe and humble.

Watch Kingdom of the Tide on The Nature of Things.