The Arctic is warming faster than anywhere else on the planet

Earth’s longtime refrigerator, is about to become its biggest carbon emitter Graham Duggan

The Arctic is changing. Fast.

As the effects of global warming are felt around the world, nowhere is experiencing such drastic changes as the Far North. After all, scientists estimate that the Arctic is warming two to three times quicker than any other place on Earth.

In Under Thin Ice, a documentary from The Nature of Things, extreme diver and underwater explorer Jill Heinerth travels to Greenland and Canada’s Far North to document what’s happening both above and below the Arctic’s quickly disappearing ice.

“The Arctic is changing faster than anywhere else on the planet,” says Heinerth. “And it’s really evident here.”

Sea ice is the foundation of an ecosystem

Sea ice is dynamic. It expands and contracts, melts and freezes; it’s never stationary. “When you stand here — on the ice, in the silence of the Arctic — you feel like you’re on a stable
platform of ice, but [you’re] not,” says Heinerth. “It’s a living, breathing entity.”

At some point during the year, sea ice covers an average of 25 million square kilometres of our planet’s surface, an area about two and a half times the size of Canada. But it’s shrinking fast, flooding Earth’s oceans with freshwater, causing sea levels to rise and affecting ocean currents.

This sea ice is the foundation of an entire ecosystem, providing a habitat for species found nowhere else on Earth. As light trickles through the ice, a home is created for microscopic algae and plankton, which feed fish and whales, and, in turn, seals, beluga whales and narwhals feed on the fish. The polar bear tops the food chain.

September sea ice — the ice left at the end of the summer melting season — is now declining at a rate of almost 13 per cent per decade. With the melt, algae is threatened and the food chain begins to collapse.

WATCH: It's a different world under the sea ice.

The Arctic could be summer ice–free in 20 years

Seasonal sea ice, which melts and reforms each year, now makes up over 70 per cent of Arctic sea ice. However, with each passing year, it’s freezing up later each fall and disappearing earlier each summer. Some scientists predict that the Arctic Ocean will be almost completely ice-free during the summer by 2040.

Earth’s frozen poles have long acted as a refrigerator for the planet. Snow-covered ice reflects 80 per cent of the sun’s radiation, maintaining a steady temperature. But open water absorbs 80-90 per cent of it, raising the water’s temperature and creating a feedback loop that causes even more melting.

Some models predict that as the Arctic warms, a single stronghold of ice will remain the longest: the Last Ice Area. Located just off the tip of Nunavut and northern Greenland, it could act as a crucial but concentrated future habitat for species that require ice for survival.

But even then, the Arctic’s vast and unique ecosystem would be a tiny fraction of its former glory — and ultimately, the Last Ice Area is not immune to climate change. 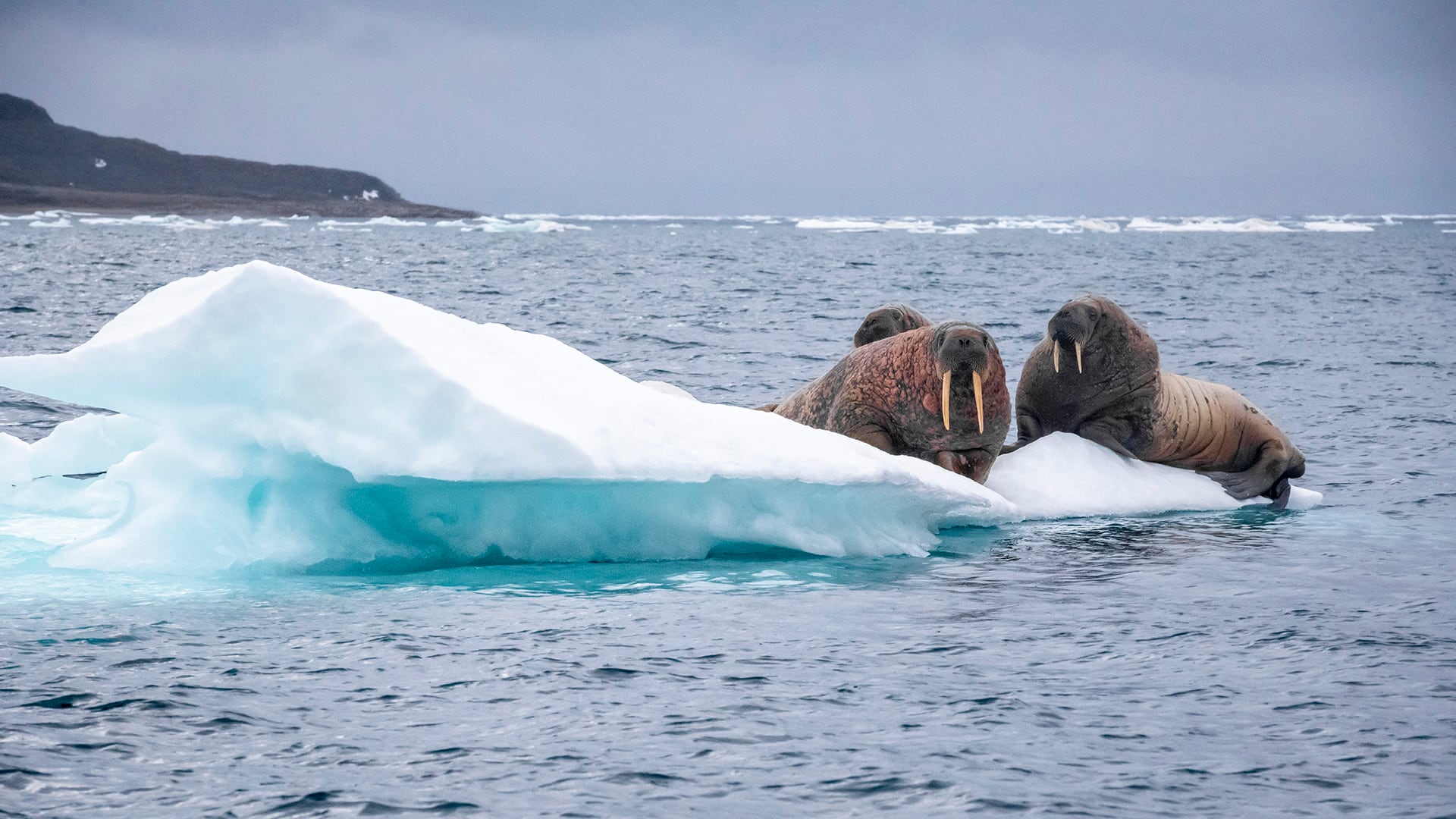 Arctic wildlife is already having trouble finding ice in summer.

Warming opens the door for invaders

Animals once unable to survive in the polar extremes are now invading and competing for resources and space. Red foxes are encroaching farther north, competing with local Arctic foxes for food and habitat. Sometimes, they come into direct competition with each other, as shown in this grisly photograph by Don Gutoski.

Other species may not be newcomers, but are returning after lying dormant for as long as a million years. Ancient bacteria and viruses are emerging from the melting earth and may have the potential to infect humans and animals.

A greener Arctic brings new environmental threats, too. Tundra wildfires are now more common, spewing carbon dioxide into the air. By thawing soils and unlocking nutrients for microbes to digest, they also prompt the release of even more greenhouse gases.

Climate change is turning the Arctic into the worst carbon emitter

Another alarming side effect of a greening Arctic is rapidly thawing permafrost.

As permafrost — the “permanently” frozen soil beneath the tundra — warms and thaws, it can cause the ground surface to slump, creating ponds and waterways that accelerate the melt, a process known as abrupt thawing.

About 20 per cent of the Arctic’s permafrost is vulnerable to abrupt thawing, which has the potential to release billions of tons of carbon dioxide and methane (an even more potent greenhouse gas, trapping 28 times more heat than carbon dioxide). This thaw could double the amount of greenhouse gas contained in the atmosphere — something that hasn’t yet been fully accounted for in climate models.

The melting Arctic is ripe for exploitation

A warmer Arctic is also opening the door for one of Earth’s most damaging invasive species: us.

Northern nations have been scrambling to assert claims over the Arctic in recent years. It’s estimated that up to one quarter of the world’s undiscovered oil and gas remain hidden under the ice and will soon be ripe for exploitation.

With more Arctic ship traffic comes a heightened potential for oil spills, increased marine noise and a higher risk of collisions for marine animals like narwhals, belugas and bowhead whales.

Many see the opening Arctic as the newest frontier and a bonanza of natural resources. But the reality is once the Arctic climate changes, it will never be the same. And what happens here will have substantial impacts all over the globe.

Watch Under Thin Ice on The Nature of Things.

DOWNLOAD THE APP: Learn more about the expedition on the Under Thin Ice app.  iOS  Android