Telling a single bee’s story in a creative new way

This filmmaker set out to capture the intimate life of a single bee, up-close and personal. Dennis Wells, Director of A Bee’s Diary

Humans have treasured honeybees for centuries: their honey, their wax, and their ability to pollinate our crops. But there’s much more to bees than meets the eye.

Honeybees’ brains have nearly 1 million neurons — only a fraction of what mammals have, but a complex brain for an insect that allows them to make sophisticated calculations and decisions we long thought impossible.

Honeybees are able to count, and they can understand the concept of zero, as demonstrated by experiments showing they understand “no shapes” as a smaller value than “some shapes.” They can even solve math problems that would stump an average human toddler. It’s a mental leap of considerable sophistication. 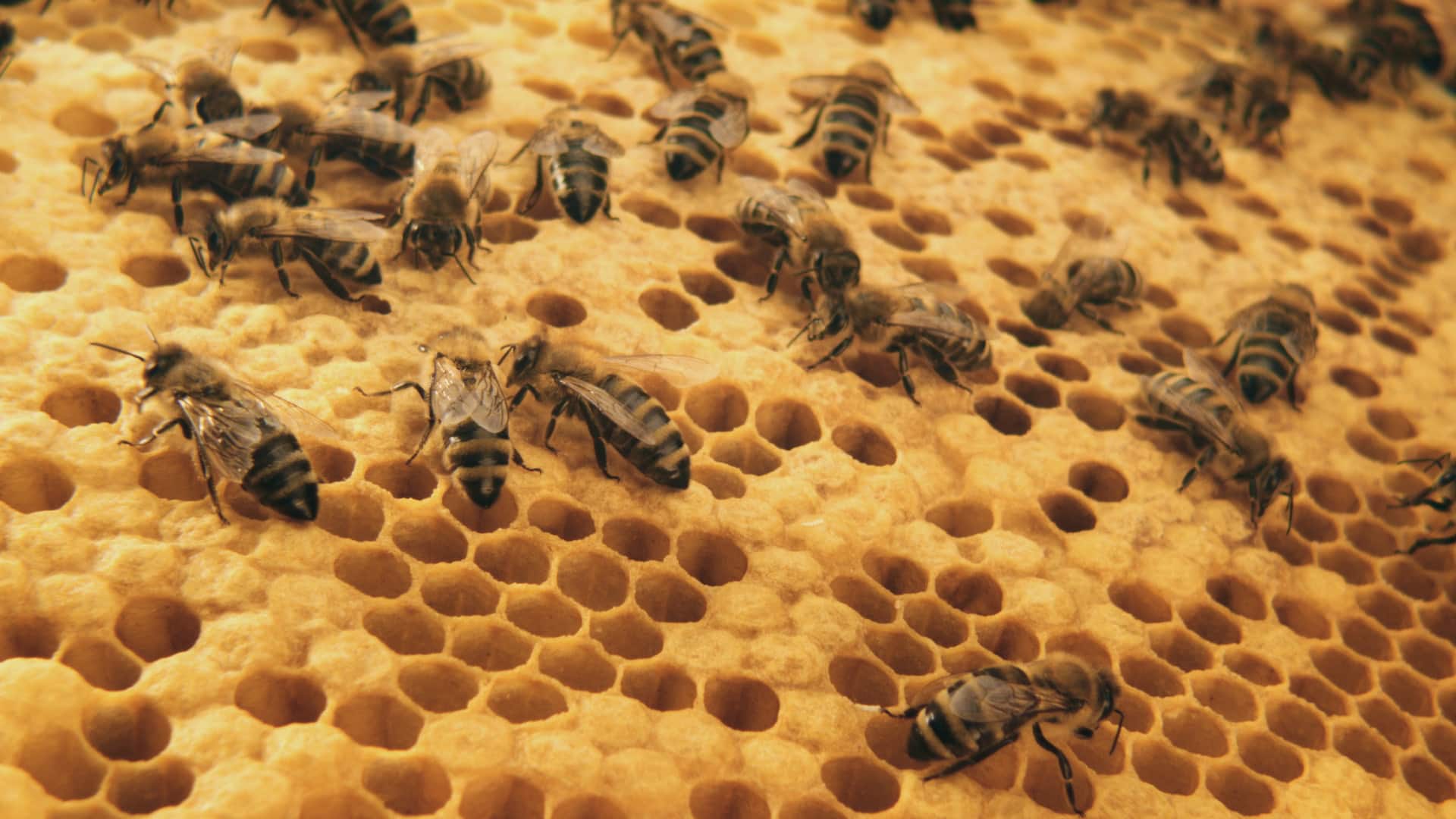 Honeybees can count and even solve math problems.

This revelation motivated me to explore the world of honeybees and attempt to see the world through their eyes. I wanted to look at honeybees not just as the fascinating collective they are, but also at the level of an individual bee.

I quickly learned there is a lot we can relate to. Bees teach each other, both inside and beyond the hive. They help each other: if one bee is exhausted, others will feed it. Individual bees must make complex decisions; when a colony decides to hatch a new queen, each bee must decide to stay or leave and start a new colony. And finally, I learned that bees may have emotions. “We know bees can be aggressive, why do we assume it’s the only emotional state they have available?” says Giray.

I decided to make a film that captures the life of one bee: the lessons she learns, the fears she conquers and the beauty she experiences.

Together with bee researchers in North America and Germany, we constructed a plausible and scientifically sound bee biography and set about trying to capture key life events on camera. These included hatching, foraging, honey-making, the arrival of a new queen, swarming, and finding a new home. We also filmed the famous bee “waggle” dance, a unique symbolic language in the animal kingdom.

Some life events, like the daily routine of foraging for food, were fairly easy to film. Others, like the attack of hornets, we were extremely lucky to witness. With many bee “actors,” we dramatized the life of one bee — seven weeks full of adventure and drama.

After two years of filming, we began to notice things about bee life that escaped us at the beginning. We could pick up on the mood of the hive (relaxed or tense) and the character of individual bees. Some bees are curious and bold, others are timid and skittish. If bees are relaxed and at ease, you can touch them, sometimes almost stroke them.

MORE:
They dance and may even dream: Six things you may not know about honeybees

But when you see bees checking out a tree cavity as a potential new home, or fighting against an intruding hornet, you realize these are wild animals — smart and ferocious when needed, but individuals all the same.

Watch A Bee’s Diary on The Nature of Things.