Volcanoes erupt and land sweeps across the planet as we hurtle through space at breakneck speed.

Every morning we wake up on a completely different planet. Volcanoes have erupted forming new land, plants have grown providing new food and adding more oxygen into to the atmosphere, and a quarter-million new humans have joined us. “The word data is very boring, but I love understanding how the world changes and what these statistics are showing. It’s actually fascinating,” says Fernanda Drummond, a data analyst.

In the Nature of Things documentary, A Day in the Life of Earth, we meet with scientists around the globe who measure and weigh this daily transformation happening in real time. Here are a few highlights.

A dried out lakebed in Morocco, part of the Sahara Desert, doesn’t look much, but it’s an integral part of the planet’s ecosystem. “There were things living in here, and their remains are still here. So within the mud, there are nutrients,” says Charlie Bristow, a scientist at the University of London.  And incredibly, it’s on the move.

MORE:
Surfers head to the Amazon to ride the Pororoca, one of the longest waves in the world
Every day on earth the world’s plants grow 300 million tonnes, the same as an oak tree 3.5 km high

Veronica Llaneza, an environmental engineer, was exploring a 15-kilometre underwater cave system in the Bahamas when she encountered a very fine red dust. Tests showed that it had the same sedimentary fingerprint as the dust found in the Sahara over 10,000 kilometres away. 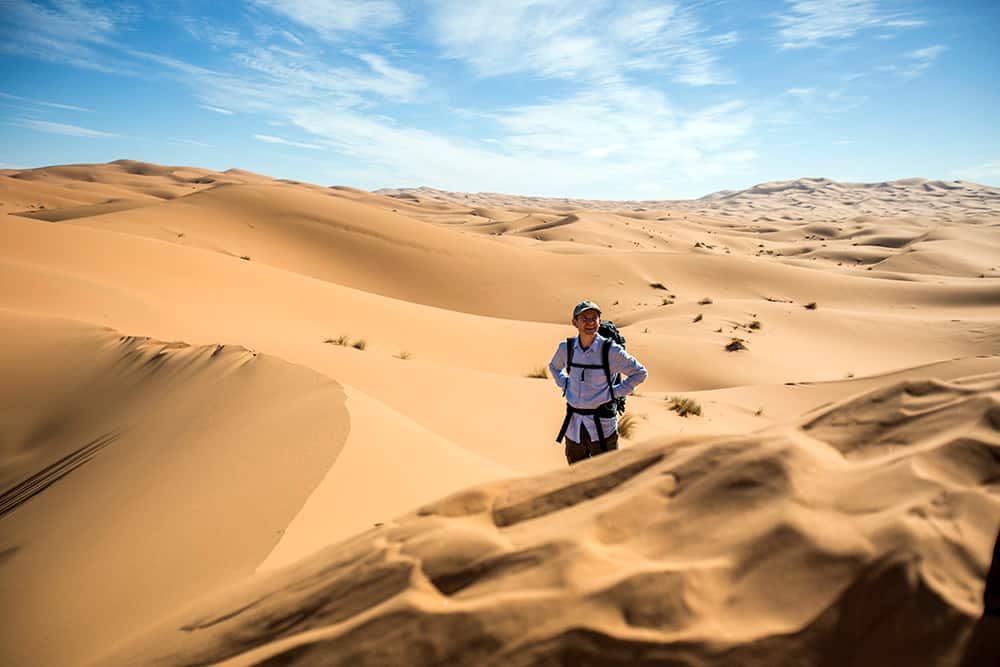 Sand from the Sahara Desert travels around the world in trade winds.

As sand blasts the surface of the Sahara, it releases massive clouds of dust into the air. Once in the atmosphere, it hitches a ride on the trade winds that circle the planet. Half a million tonnes of desert dust can move up to 900 kilometres a day. When it gets to the Bahamas, some of it drops back to earth and gets carried in the ocean’s current where it feeds microbes living in the underwater caves.

The rest travels even further to places like the Amazon. In just eight hours 25,000 tonnes have fallen there to fertilize the most bio-diverse ecosystem on earth.

Phytoplankton, microscopic aquatic plant life, take minerals from the ground and light from the sun to become the biggest food source in the ocean. It blooms everywhere growing by an additional five billion tonnes every 12 hours.

At night, this bounty triggers the largest daily migration on earth. A cloud of zooplankton (tiny microscopic creatures) emerges from the ocean depths to feast — doubling their weight every day.  In just 13 hours, almost all of the 4.9 billion tonnes of phytoplankton — more than ten times the mass of every human on earth — has been consumed.

Not only is the phytoplankton food for the seas, but we owe our lives to it. It’s a significant source of oxygen, providing every second breath we take.

The seven billion people that call our planet home don’t leave it the way they found it the day before.

We put more carbon dioxide into the atmosphere than all of the world’s volcanic eruptions. Our human-made reservoirs hold more fresh water than what flows in all the world’s rivers. We’ve become expert engineers building and changing the earth so dramatically that it makes nature seem slow.

“On a daily basis, humans are moving more sediment than every river on planet earth,” says Mark Williams, a professor of paleontology at the University of Leicester. Every single day we build over 200,000 cars, lay almost 3,000 kilometres of roads and grow 2.8 million tonnes of corn.

Given the amount of activity that happens on earth every day, it should come as no surprise that the entire planet is on the move too.

MORE:
Surfers head to the Amazon to ride the Pororoca, one of the longest waves in the world
Every day on earth the world’s plants grow 300 million tonnes, the same as an oak tree 3.5 km high 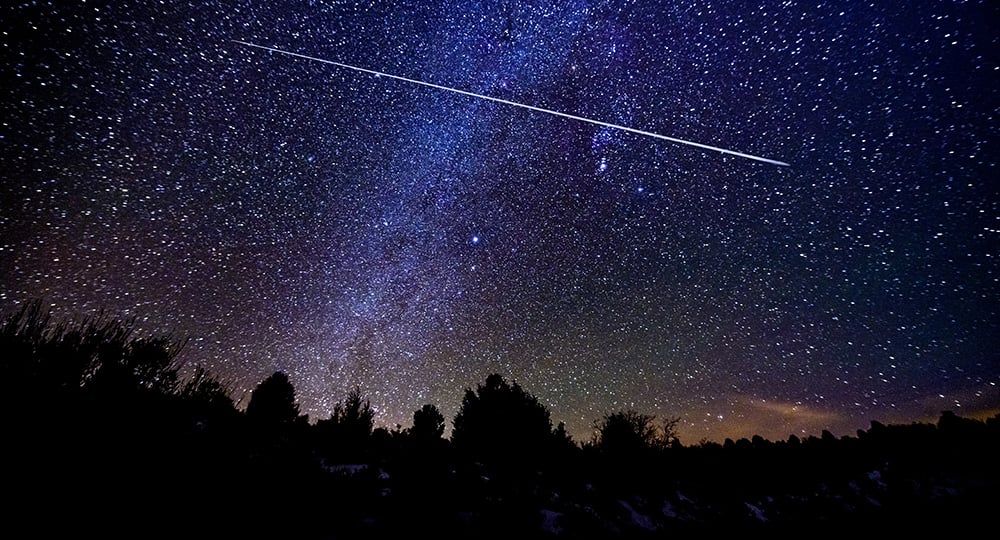 A meteor shower over the Milky Way Photo:iStock

Our blue home hurtles through space at the speed of 100 thousand kilometres an hour. Along the way, we plough through fields of space dust and sometimes at night we see it rain down in meteor showers.  “It’s like diamonds falling from space,” says Holly Beck, an astronomy enthusiast.  We assume these meteors are huge, but they’re about the size of a blueberry. So many fall from space that the earth gets about sixty tonnes heavier each day.

At the same time, our entire galaxy is on the move too — at the rate of 2 million kilometres an hour!  So by the time you’ve finished reading this story, our planet has moved to a completely different part of the universe!

Watch the full story on A Day in the Life of Earth.