Rabbits at risk: Some species are among the most endangered mammals on the planet

We might think they’re safe since they ‘breed like rabbits,’ but many rabbits and hares are threatened with extinction Graham Duggan

Whether we think of rabbits and hares as the cute, cuddly characters from our childhood storybooks or as pests of epic proportions, we can agree that one thing appears to be true: they aren’t in short supply … right?

It may surprise you to learn that several species of rabbits and hares are among the most endangered mammals on Earth. Out of 63 wild species, 22 are considered near threatened to critically endangered by the International Union for Conservation of Nature (IUCN).

Remarkable Rabbits, a documentary from The Nature of Things, shows us the critical role that  these animals play in our landscapes and ecosystems — and how many of them aren’t exactly “breeding like rabbits.”

Rabbits fall into a select group of mammals called “lagomorphs,” which also includes the lanky and long-eared hares of the open plains, and the short and stout pikas of the mountains. One of the most well-known members of this group is the European rabbit.

Out of 63 wild species, 22 are considered near threatened to critically endangered.

These rabbits have plagued farmers for centuries by digging burrows and causing damage to their crops. European rabbits have also travelled the world, being introduced to foreign lands, and have caused mass infestations in Australia and New Zealand, where they have few natural predators. They have even made it to remote sub-Antarctic islands.

The European rabbit has infiltrated our homes and pet shows, too. All domestic breeds of rabbit — 50 or so recognized breeds exist today — are descendants of the wild European rabbit.

But surprisingly, even the so-called “common” European rabbit is now considered near threatened. And if a species as widespread as the European rabbit could face trouble, it makes sense that many of the other 62 would be at risk, too.

The riverine rabbit of South Africa is critically endangered; fewer than 250 are left in the world due to habitat degradation from agriculture. In Asia, the Amami rabbit is confined to a few Japanese islands and threatened by several factors including commercial development, while the Annamite striped rabbit of Vietnam that was only discovered by biologists in 1999 is already considered endangered as a result of hunting and deforestation.

Some rabbits and hares are habitat specialists, unable to live anywhere but in their native environment, which makes them very sensitive to habitat loss and climate change.

For example, the volcano rabbit of Mexico is only found on the slopes of four volcanoes near Mexico City. The entire species is confined to areas where zacaton bunchgrass grows, as volcano rabbits depend on the plant for food and shelter. But human encroachment and loss of zacaton to livestock grazing and burning for pasture are ensuring these little rabbits have nowhere to go. 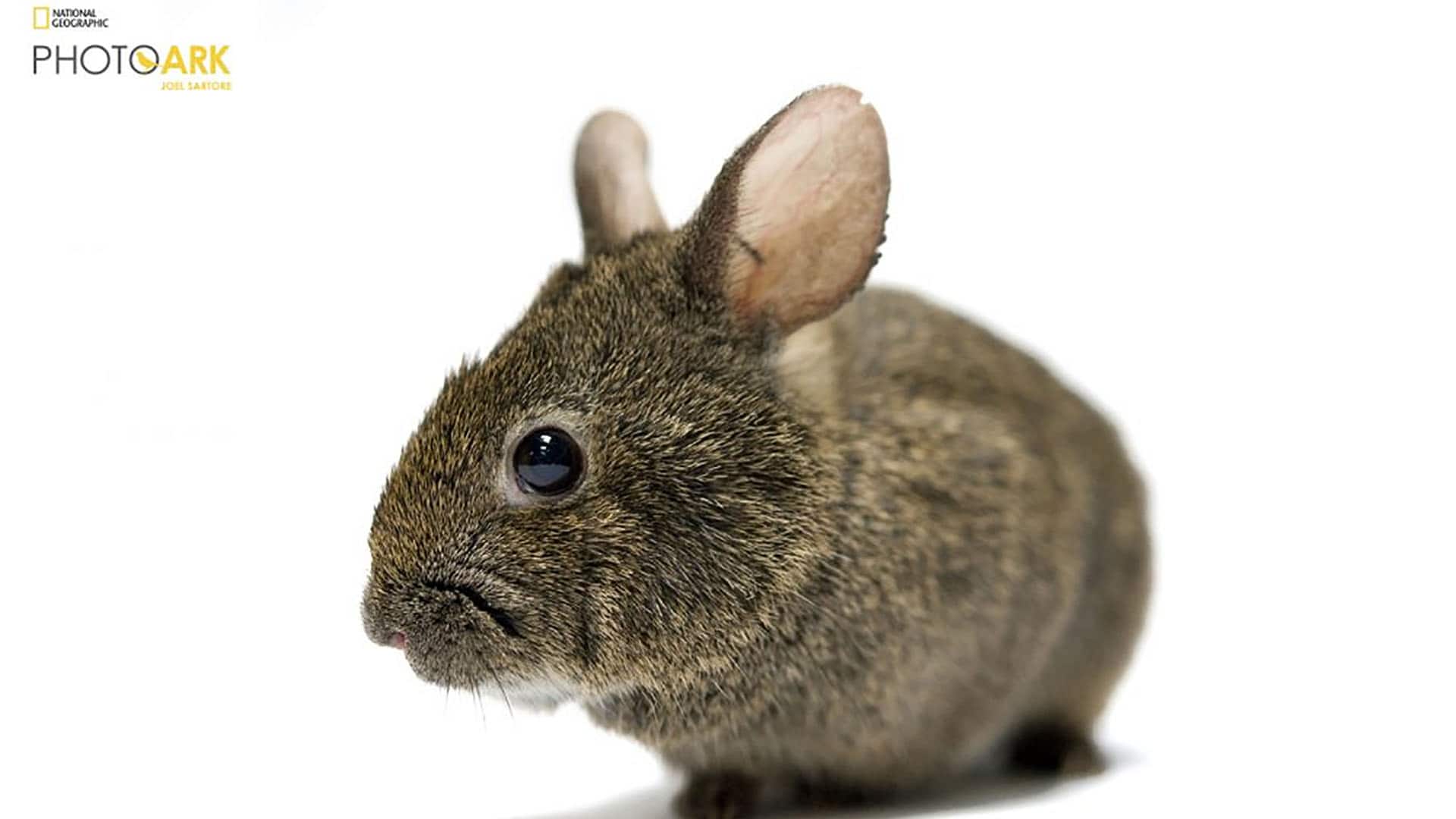 Here in North America, the most familiar wild rabbits are the cottontails. Even in the middle of our busy cities, we see Eastern cottontails appearing at dusk and dawn to feed. But certain species of cottontails aren’t faring so well.

MORE:
Can you tell the difference between a rabbit and a hare?
The cutest rabbit in the world is on the brink of extinction
17,000 rabbits vie for the top spot of "Best in Show"
Meet the world's biggest bunnies

In Remarkable Rabbits, we meet the New England cottontail, a smaller cousin of the common Eastern cottontail but one that has suffered massive habitat loss. At the Queens Zoo and the Roger Williams Parks Zoo, wildlife biologists are working hard to save this plucky rabbit.

“People are used to the idea that rabbits breed really easily,” says Scott Silver, director of the Queens Zoo, part of The Wildlife Conservation Society. But, he explains, we’d “be surprised at how much work it takes to raise each individual rabbit.”

In the course of six years, the team has bred fewer than 200 rabbits for the program. “So each one is really important to us,” says Silver. 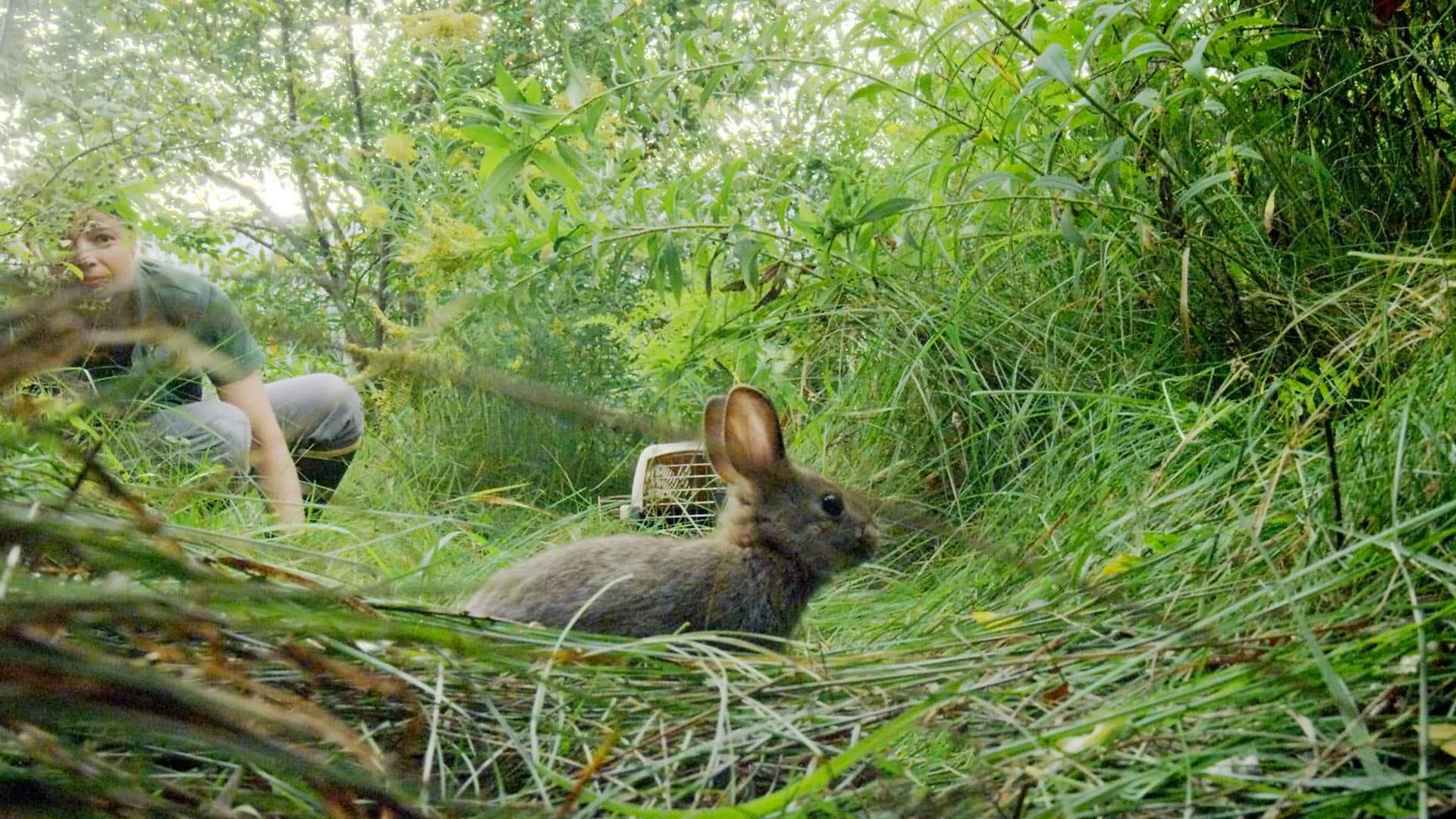 Sadly, the cutest rabbit in the world is also in peril. The Columbia Basin pygmy rabbit once thrived across America’s northwest, but today it’s on the Endangered Species List, and conservationists are working diligently to re-establish them in the wild.

Rabbits and hares are crucial to our world’s ecosystems. They promote biodiversity by altering the land with their burrow systems and providing a vital food source for predators in every habitat they are found. The additional impact of climate change will force some species to relocate and adjust, but sensitive species could easily perish. And without them, many of our ecosystems could suffer.

Watch Remarkable Rabbits on The Nature of Things.