Toronto’s Leslie Street Spit is home to some surprising wildlife

At first glance, Tommy Thompson Park, on Toronto’s Leslie Street Spit, is just a park like any other — with pathways for cyclists and walkers, a sailing club, and some natural forested areas. But as we learn in Accidental Wilderness: The Leslie Street Spit, a documentary from The Nature of Things, ‘The Spit,’ started life as a dumping ground for industrial waste from the city. With no real plan for what to do with it, the land was left for decades, and nature took over. Eventually, the Spit became home to a surprising array of wildlife.

It is estimated that the Spit sees 365 animals visiting its shores or staying year-round — all kinds of mammals, birds and reptiles call this unlikely wilderness home.

Birds ‘flocking’ to the Spit

Toronto is in the path of a bird migration superhighway and Tommy Thompson Park is a globally significant Important Bird Area, with millions passing through the city each spring and fall.

Toronto is almost as far from the Arctic as you can get within Canada, but the Spit still attracts some wildlife from Canada’s far north. One Arctic visitor is the majestic snowy owl. 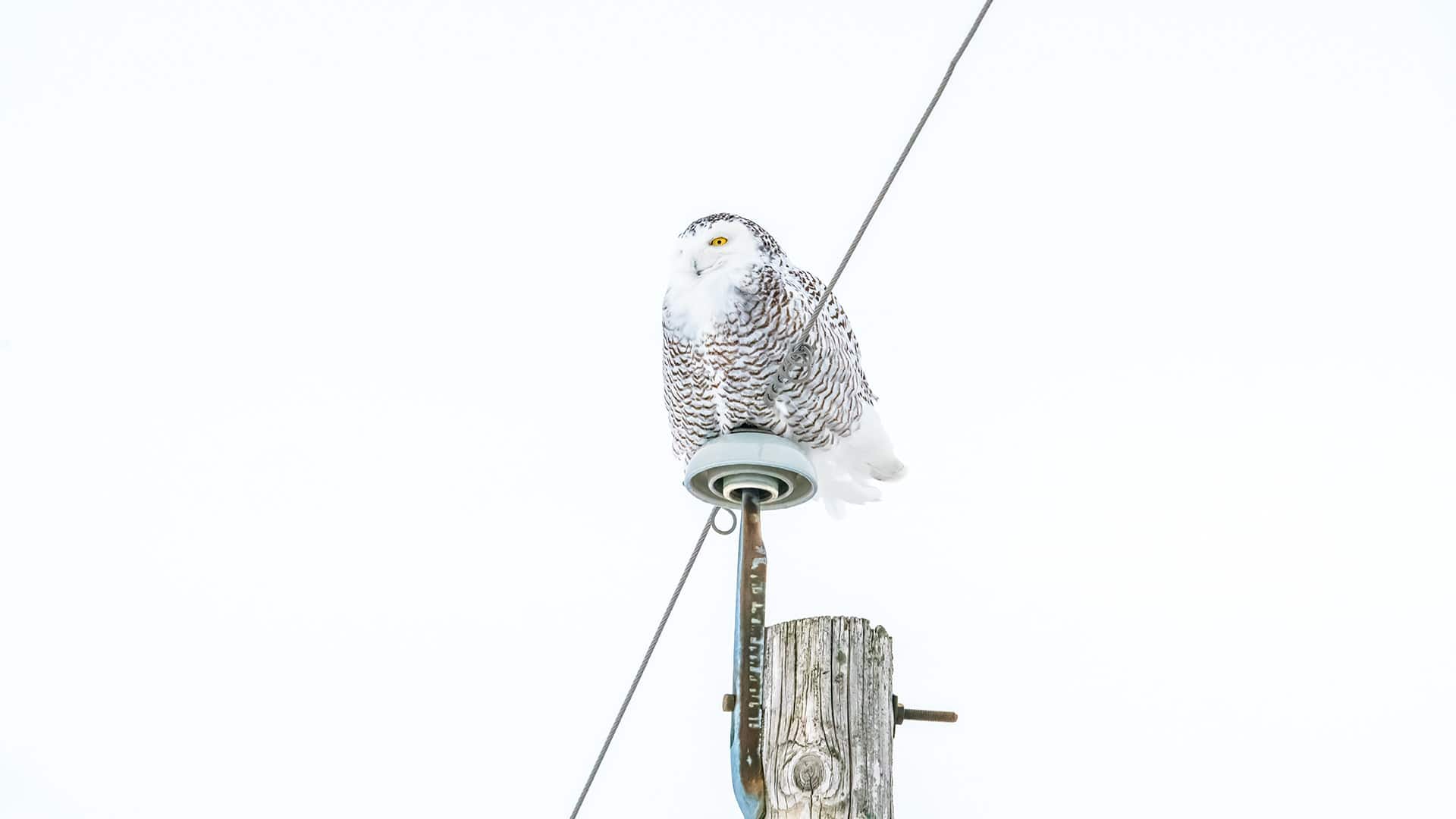 The distinctive white bird has been known to head south when their main food source, the Arctic lemming, becomes scarce. Toronto’s winters are often cold and the snowy owl is adapted to hunting in frigid temperatures, making the Spit a suitable new home.

A summertime resident is the double-crested cormorant. The introduction of harmful insecticides into their habitat and food supply pushed these birds to the brink of extinction in the Great Lakes region during the 20th century.

They have made a remarkable comeback on the Spit since first arriving in 1990. They found an abundance of fish to eat in Lake Ontario and have grown into the largest breeding colony in North America with up to 70,000 birds.

WATCH: Volunteers are crucial in data collection on the Spit.


Even though they’re more commonly associated with our neighbours to the south, the majestic bald eagle is spotted a few times a year at the Spit as they migrate in the spring or fall. In fact, you may have seen one at the Spit without realizing it.

Sightings of young bald eagles are sometimes missed because they don’t get their tell-tale white heads and tails until they reach about five years of age.

Some wildlife is hiding in plain sight

Coyotes were first spotted at the Spit in 1993, near the lighthouse at the park’s farthest point. Since then, they can occasionally be spotted out during the day, and their howls can be heard nearby at night.

WATCH: Coyotes are at home on the Spit.


The opossum is an unusual animal more commonly seen in central America, Mexico and the Southern US, but climate change and urban sprawl have been pushing opossums north. The only marsupial in North America, opossums thrive in similar habitats to the raccoon, making the Spit an ideal refuge from the bustling city.

The Spit is a wetland ‘paradise’

The striking Eastern milk snake gets its name from the belief that it stole milk from cows when hunkered down inside barns for the night. In reality, milk snakes would frequent barns for their large quantities of mice, not milk. 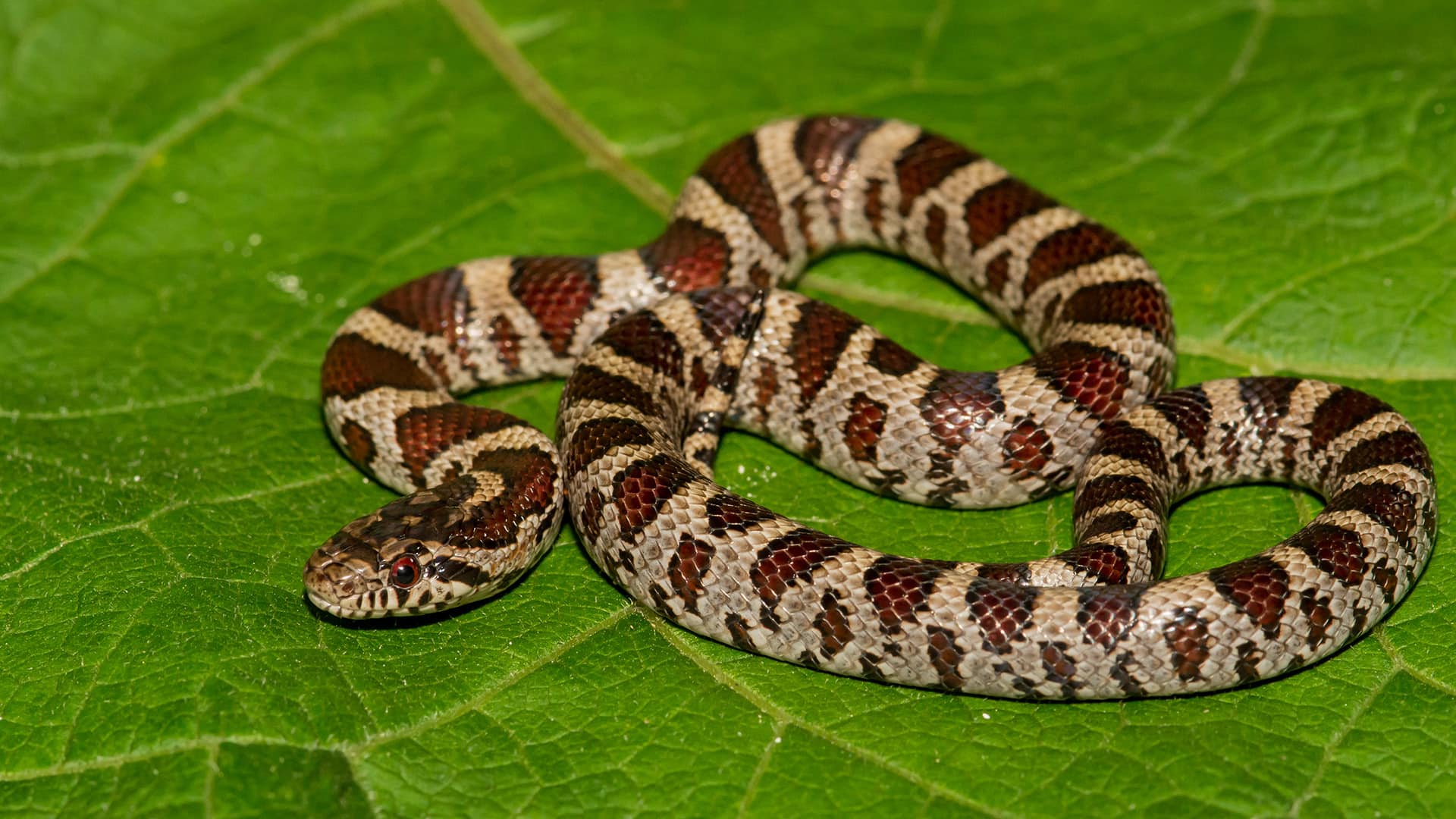 Milk snakes are secretive but can sometimes be seen on the Spit (source: iStock)

These non-venomous snakes have also been known to visit the Spit, preferring the forest edges and meadows. Sightings are rare though, as the milk snake is a secretive species and one of special concern in Ontario and across Canada.

The spiny softshell turtle is a very rare sight at the Spit, easily identified by its long snout and soft, leathery-looking shell. As water lovers, they don’t venture too far from their aquatic homes. The peculiar species is also listed as threatened in Ontario and endangered federally.

MORE:
How one artist is creating artwork from bird nests in a Toronto urban wilderness
Letting nature take its course — one man's fight to let wilderness thrive in downtown Toronto

Garter snakes are a common sight across Southern Ontario, easily recognizable by their bright green-yellow markings along their sides. At the Spit, you may spot a melanistic garter snake. They’re much darker in colour due to a recessive genetic trait that makes them mostly black.

Even though the Leslie Street Spit is in the middle of Toronto, remember that the creatures who live here are wild.

When visiting, never feed or approach them; enjoying them from a distance is the best way to preserve their habitat and keep them wild.

Watch Accidental Wilderness: The Leslie Street Spit on The Nature of Things.