‘The camera is bringing me data but it’s bringing a whole wealth of other potential avenues too.’ Mari Ramsawakh

Damian Lidgard is a marine biologist from Dalhousie University and the Department of Fisheries and Ocean, as well as an avid photographer. Lidgard became fascinated with marine mammals after attending a conference held in Inverness, Scotland, and after that, it was only a matter of time before he was drawn to Sable Island.

The crescent-shaped island, 290 kilometres off the coast of Nova Scotia has a well-established grey seal research program because around 400,000 seals arrive on its beaches every winter to give birth to the next generation.

Lidgard shares his love of seals in Seals of Sable, a documentary from The Nature of Things.

We’ve gathered a selection of Lidgard’s photos from Sable Island, along with his thoughts on why he finds the grey seal so fascinating. 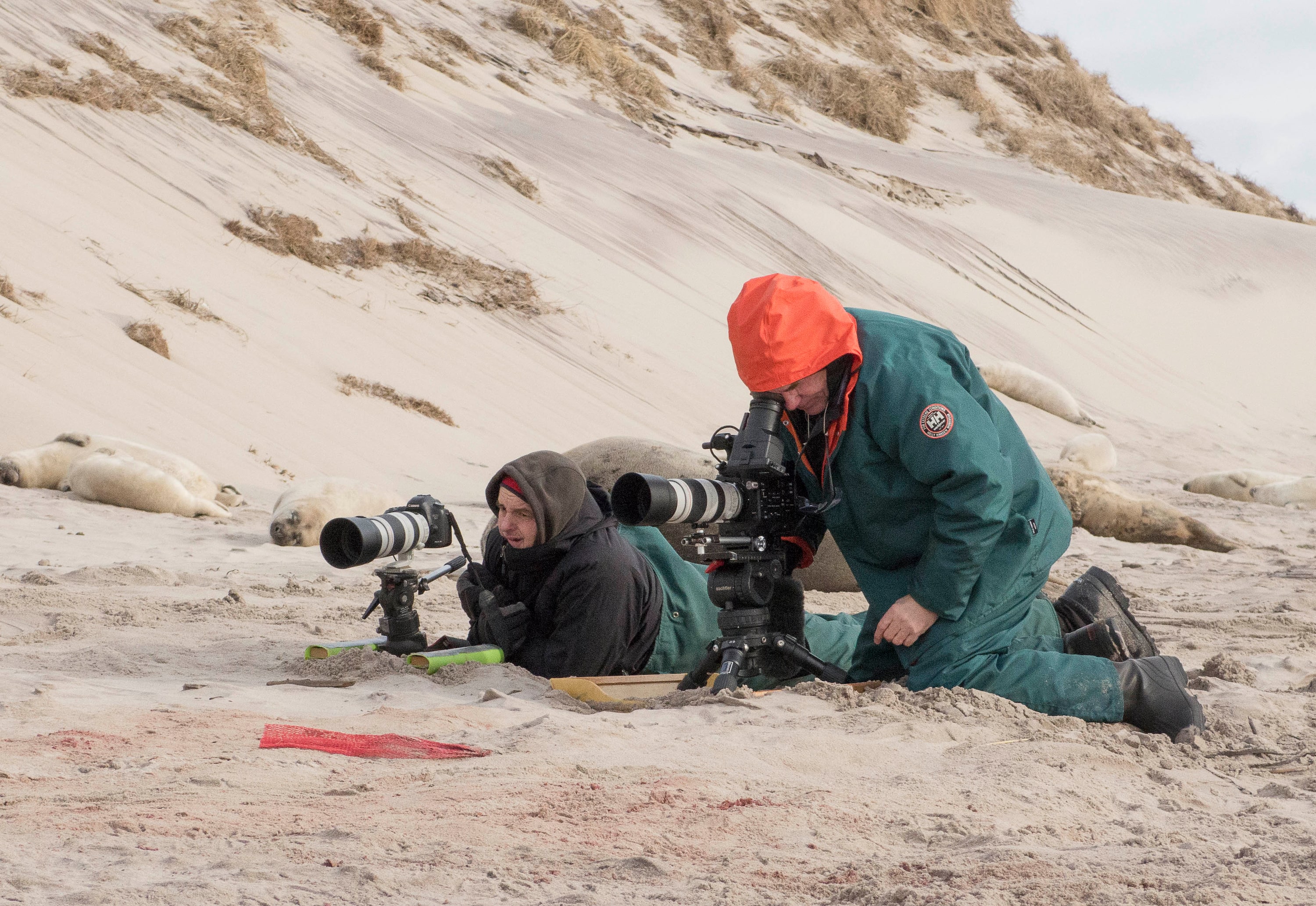 Damian waits with filmmaker Kent Nason behind cameras for a mother seal to give birth. Photo Credit: Teresa MacInnes 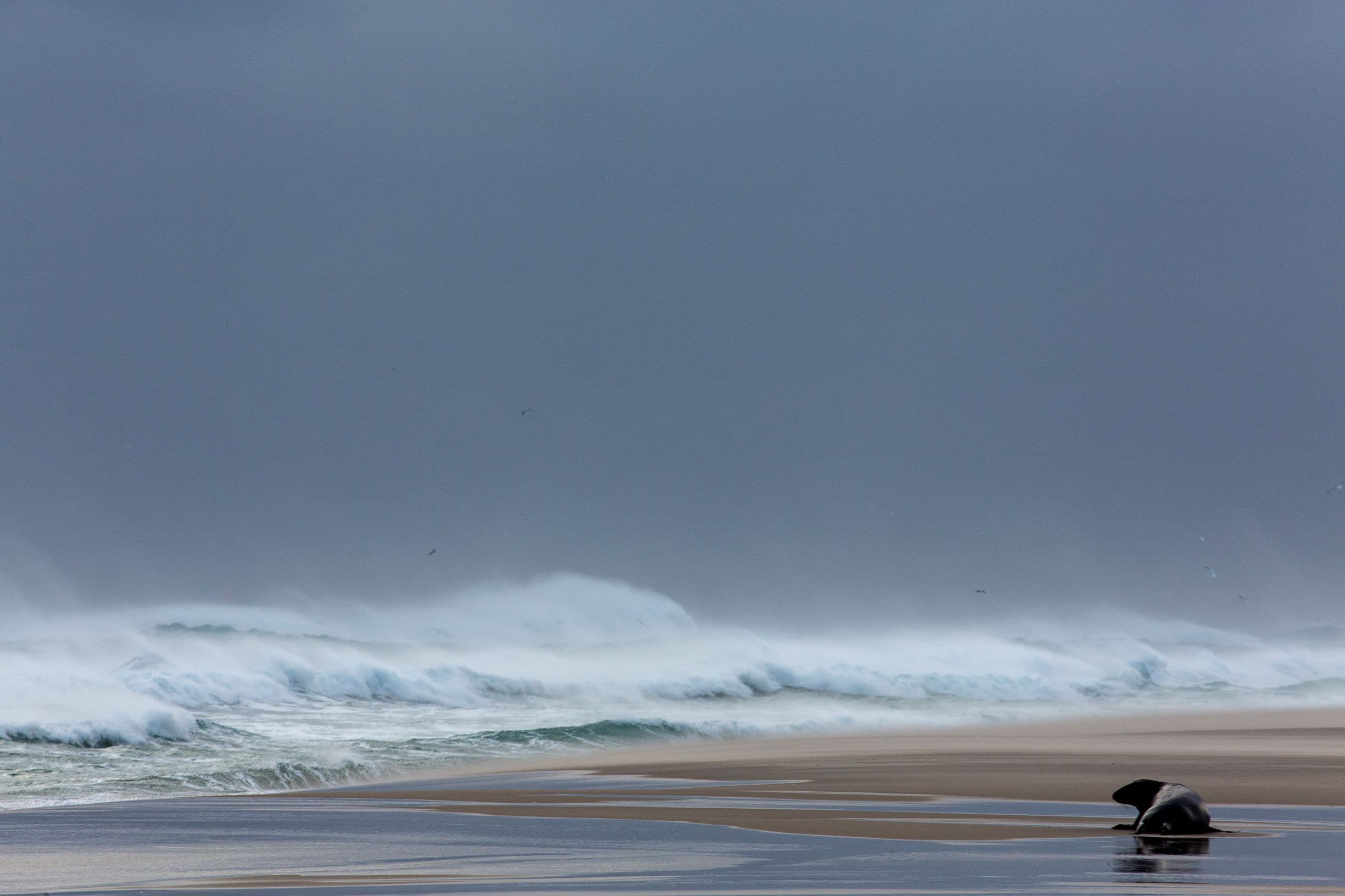 A lone seal watches the waves crash onto the beach

“I’ve always been interested in how an animal adapts to their environment and marine mammals, particularly seals, have adapted not only to our environment but also to the marine environment which we certainly haven’t. I find that part of them extremely fascinating. And the fact that they can dive to these great depths, and spend so much time underwater without oxygen is incredible.” 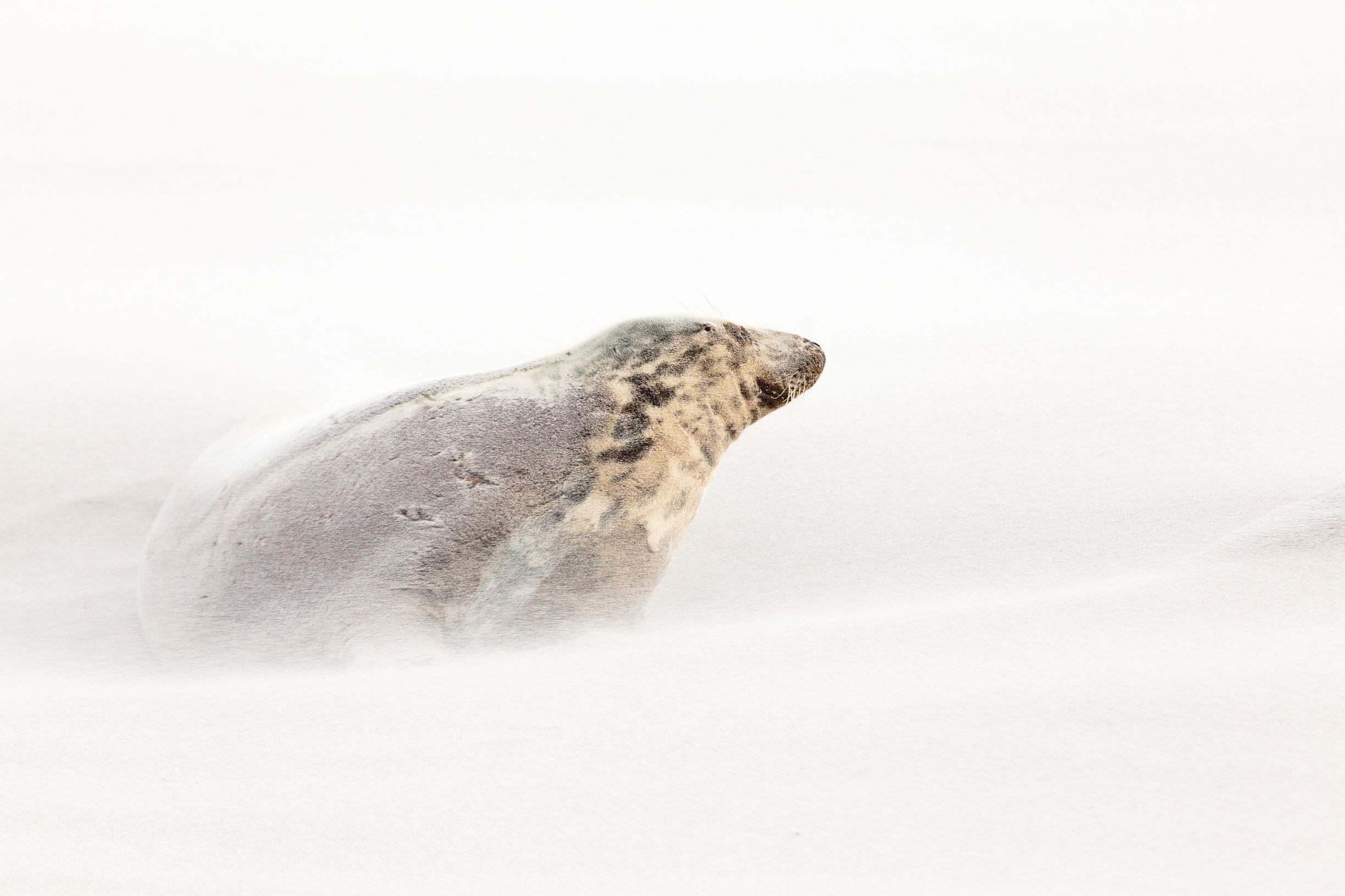 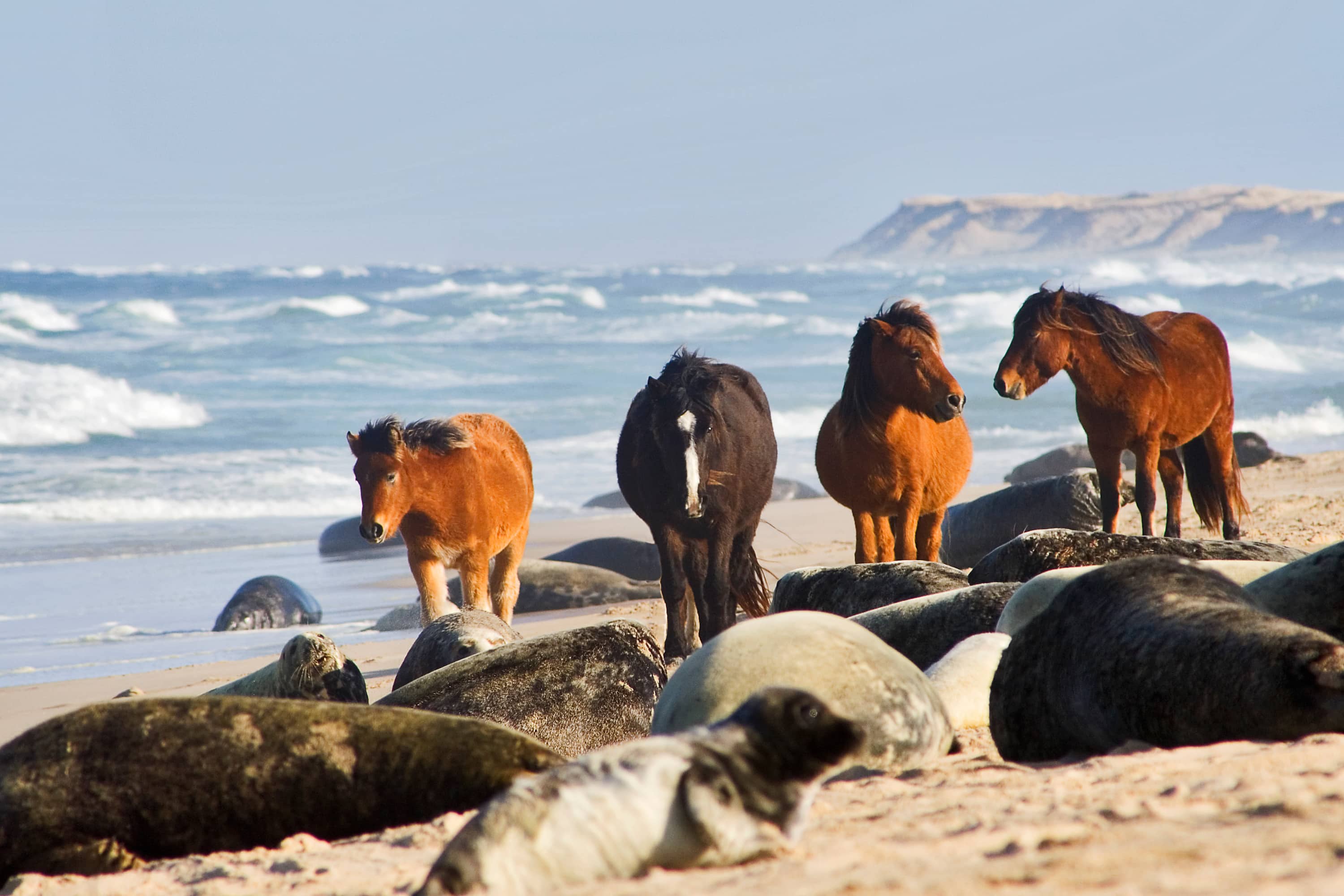 The seals and wild horses of Sable Island

“I came over here in December ‘96 to start doing a pilot study, and have been coming out here every year since. So it’s like my second home. It’s a very calming place where you’re surrounded by nature, so there’s very little impact from humans.” 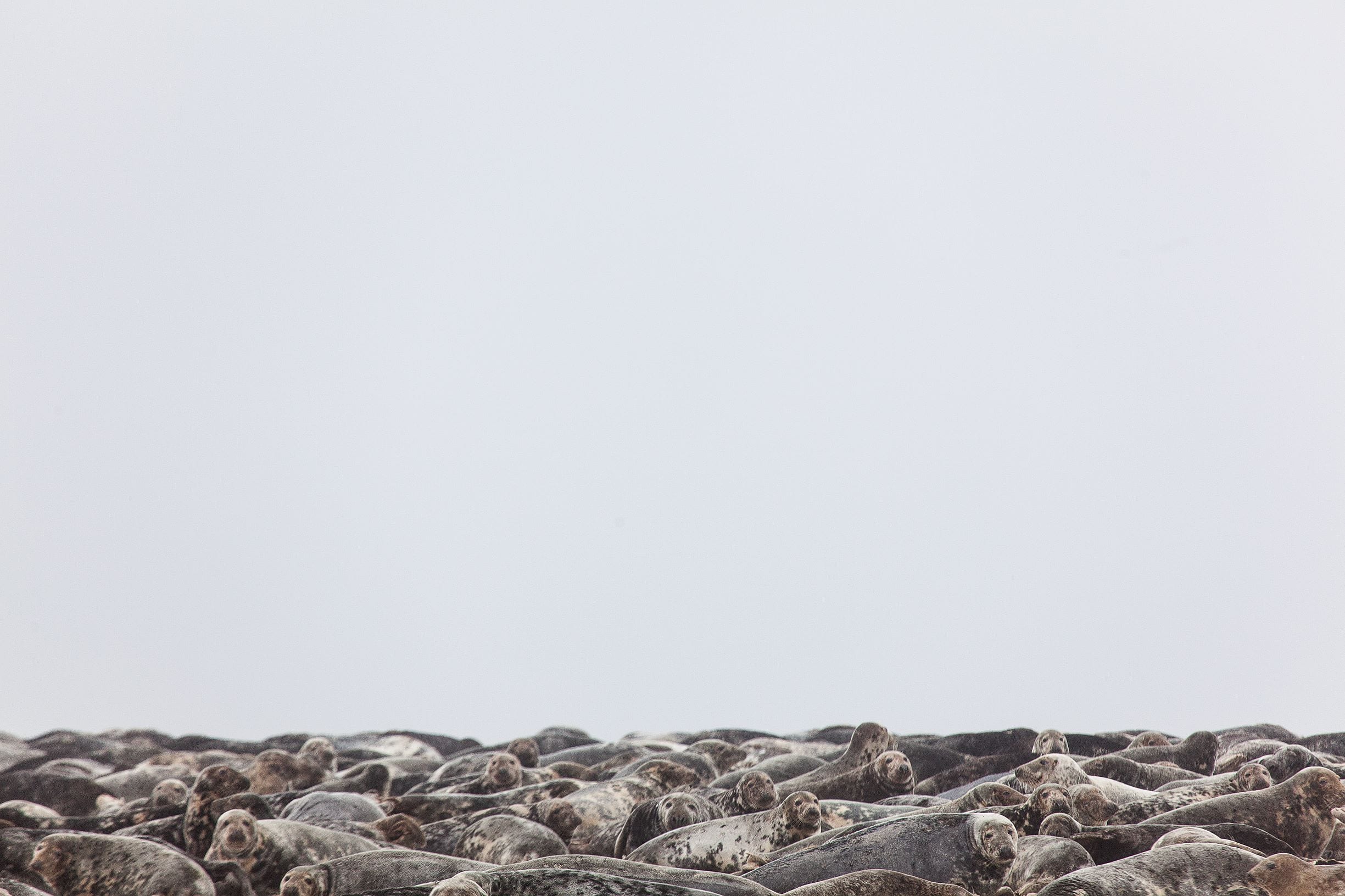 A crowd of seals

“My favourite time of year is December-January and that’s when the island is covered in seals and they’re breeding and there’s a lot of energy and a lot of wildlife around. It’s fascinating learning about wildlife and understanding what these animals are doing and that reaches a broader audience.” 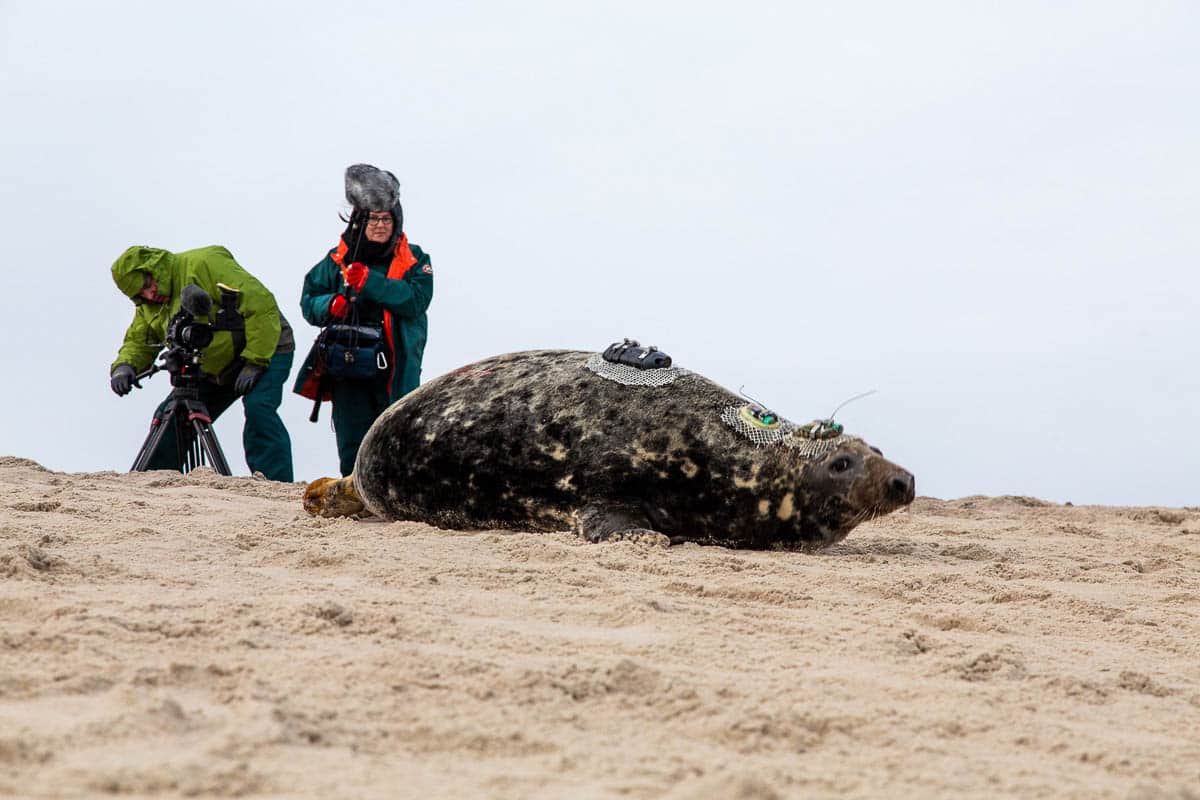 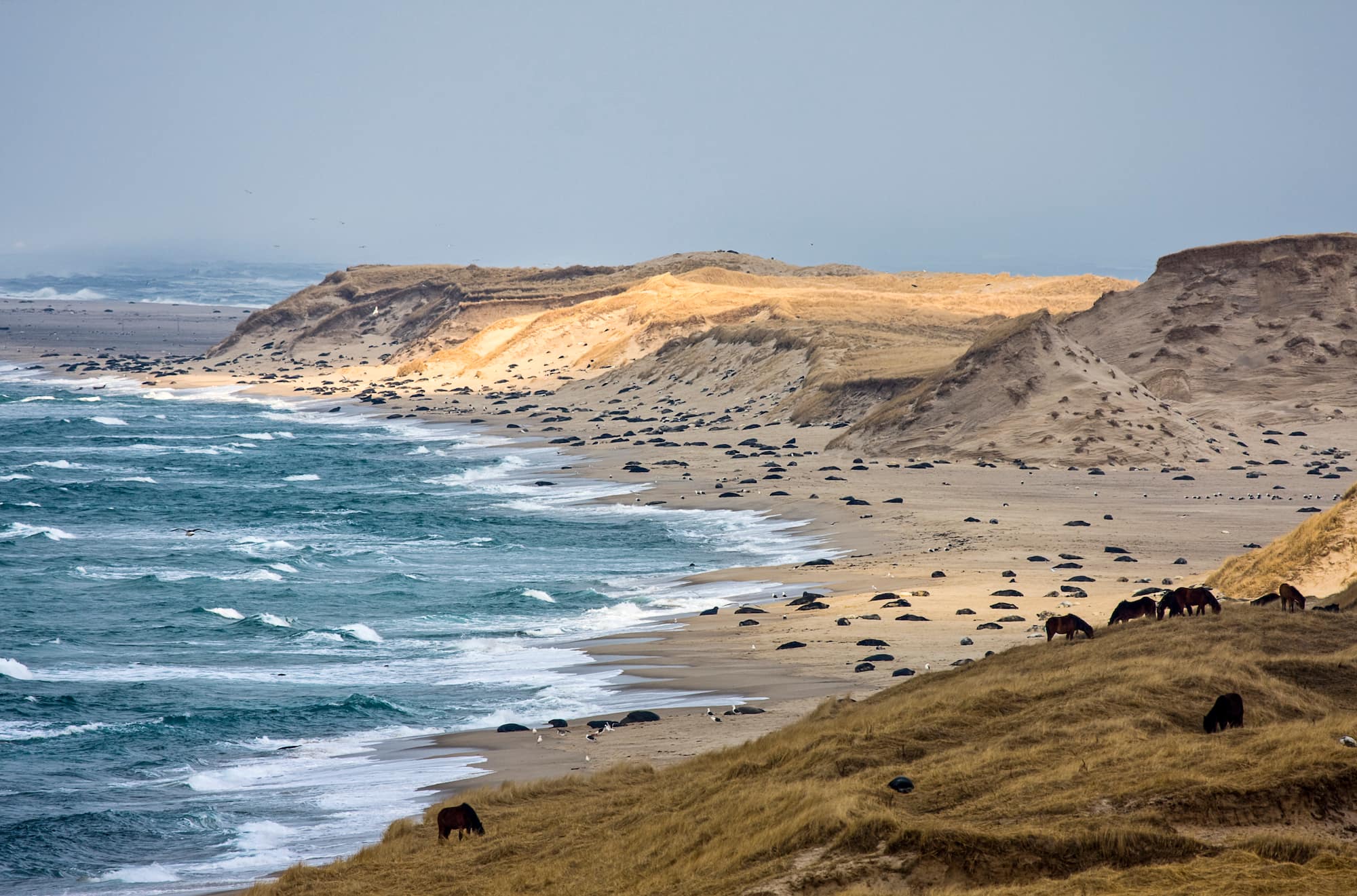 Sable's beaches are littered with seals during the breeding season

“So, the camera is bringing me data but it’s bringing a whole wealth of other potential avenues too. Other potential new ideas and new ways to interact with the public with science.”

Watch Seals of Sable on The Nature of Things.