New Things We’re Learning About Pompeii and Its People

Technology allows us to take a glimpse at how Pompeians lived — and died.

Completely lost for 1,500 years, the city of Pompeii remained frozen in time, buried in mountains of volcanic ash. But since its discovery in 1748, Pompeii has become the most famous archaeological site in the world. Now, 21st century technology seen in Pompeii's People is allowing us to get a glimpse of real Roman life 2,000 years ago.

Pompeii Had A Network of One-Way Streets 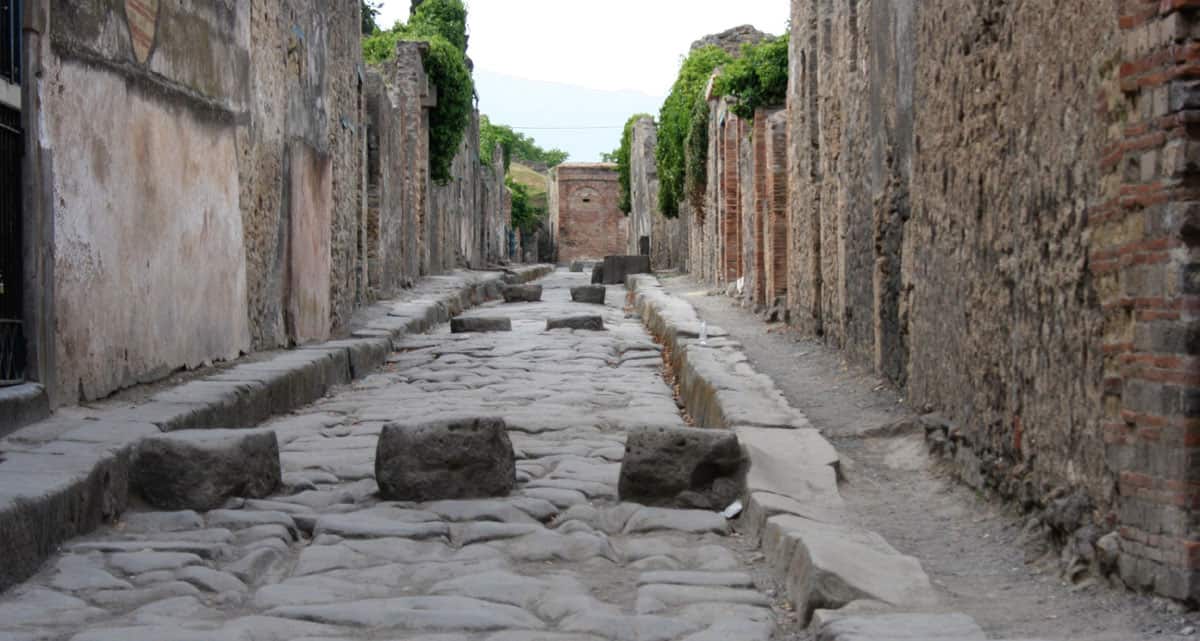 Professor Eric Poehler from the University of Massachusetts has spent years studying the narrow streets of Pompeii. Before the eruption of Vesuvius, it was a bustling city of 12,000 people that had a complex water system, an amphitheatre, gymnasium, a port and about 100 streets. The narrow streets had stepping stones (like a modern-day crosswalk), both tall enough to keep Pompeian's feet dry from rainwater as they crossed and low enough for the large carts to navigate over.

By studying the wear on stone curbs made as carts brushed against them, Poehler determined that the city was made up of one-way streets. Using 3D mapping technology, he was actually able to put together a grid of the transportation network showing how people moved around at the time. "The first time I took all the data and then pushed the button, and out came the first ever traffic system of Pompeii that anyone had ever seen!"

Pompeii Was A Hub for Fish Sauce Production 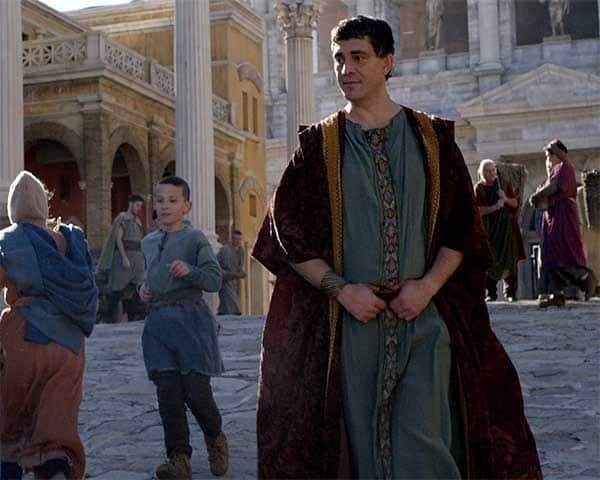 During Roman times, fish sauce was one of the most commonly consumed products of the ancient diet. A working class neighbourhood on the south side of town was lined with fish sauce vats where hundreds of labourers and slaves churned out the city's trademark delicacy. But the vats were mysteriously filled in well before the 79AD eruption.

Historians tell us that Pompeii's small-scale fish sauce suppliers were put out of business by globalization. Large-scale manufacturers from Spain flooded into Italy with their sauces, produced in large quantities for a lower price.

Enter Umbricius Scaurus, a Pompeian businessman who took these mom and pop businesses and expanded them into an industrial-scale operation to compete with Spanish suppliers. He run a successful operation that allowed him to live lavishly in a huge villa decorated with ads from his fish sauce business. Scaurus was so influential in Pompeii that his son became a politician and served as one of the two chief magistrates for the city.

When Vesuvius erupted thousands of Pompeians were buried under metres of volcanic ash. As their bodies decomposed, they left empty cavities in the ash. By pouring plaster in those cavities, scientists have been able to create moulds of the bodies. Using X-rays, they were able determine valuable information, including the person's sex, age and overall health.

And now with 3D scans and photogrammetry, they can build a real model of a person's face and even see the torment on their faces in their last moments of life. "We want to know the last moment of this person, if he suffered, or he was afraid, and all this we can see from his face," says Lorenc Alapont as he studies the remains of a young Roman soldier.

SCENE FROM THE FILM: Plaster and state-of-the-art CGI recreate the face of a real Pompeian citizen in his final moments.

By studying the latrines and trash, scientists have learned that Pompeii's people had a rich and varied diet. They ate songbirds, fish, sea urchins, shellfish and pork — a staple of the Roman diet. By breaking the meat into its molecular components, scientists made another shocking discovery. Some pigs were fed meat while other were fed grains, indicating the Pompeians raised their livestock to make their food taste certain ways, much like we do today.

Pompeii is literally falling down. The ancient city was never built to last two centuries nor was it meant to host millions of tourists a year. So to preserve it forever, archaeologists are creating a digital Pompeii using laser scanners which detail every inch of the city's surface.

It'll take years to complete, but the digital replica of the ancient city will be shared with experts around the world meaning that Pompeii will finally be safe from the cruelest fate — to vanish again and be forgotten.