A century ago, elephant superstar Jumbo suffered from night rages. Science is now suggesting that the traumatic experiences of his capture and life in captivity caused PTSD. Dugald Maudsley/Graham Duggan

In humans, awareness and treatment of post-traumatic stress disorder (PTSD) is improving rapidly.  Now, experts are also noticing signs of PTSD in some of our closest companions. Animal behaviour researchers are finding concrete proof that traumatic experiences can affect all kinds of anim als in the same way it affects humans. From military dogs working in war zones to laboratory chimpanzees or killer whales forced to perform in captivity, we’re learning more about how animals struggle with PTSD.

The African elephant may be one of the most studied creatures on the planet. Over decades, researchers have made in-depth discoveries about their family life, their physiology, and the ways they communicate.  But it’s recent discoveries about their psychological well being that are reshaping our understanding of these extraordinary animals and how they suffer from PTSD.

The Life Of A Famous Elephant

New CBC documentary, Jumbo: The Life Of An Elephant Superstar tells the turbulent life story of the most famous elephant in history, a circus star that died in 1885 when he was hit by a train in St. Thomas, Ontario.  Jumbo’s troubled journey began two decades earlier in the African bush, when hunters slaughtered his mother and captured him as an infant to sell him to European buyers. After making his way to London Zoo in England, he spent seventeen years in captivity, drawing huge crowds and giving rides to the zoo visitors. Eventually, he was sold to the Barnum and Bailey Circus in the United States, making Jumbo the world’s first animal superstar. 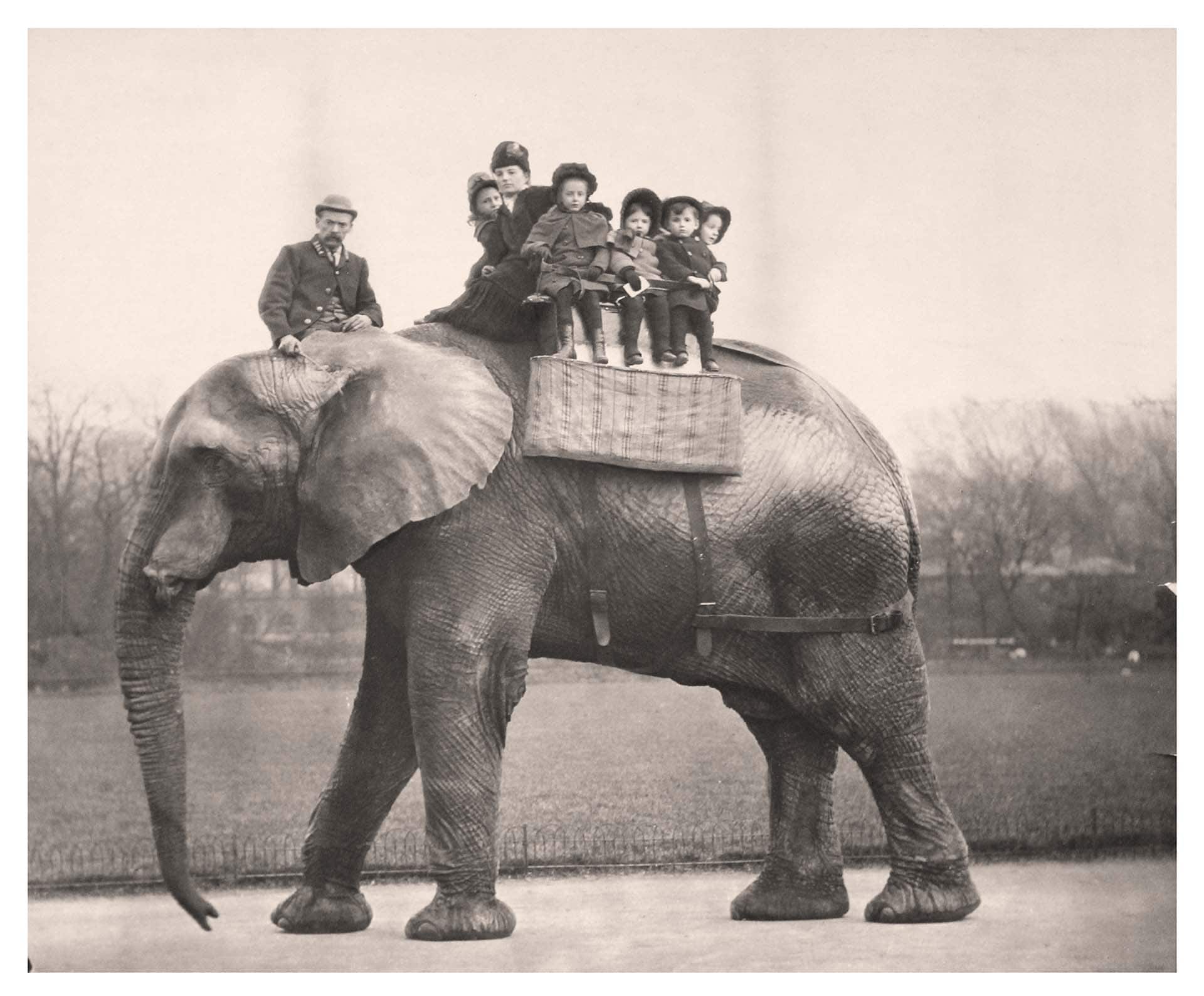 But his celebrity life was not easy.  In the late 1800’s, keepers knew next to nothing about how to care for elephants. Although Jumbo was loved by his handlers, he was fed an improper diet and his teeth became painfully impacted. He carried so many people on his back during rides — sometimes a dozen at a time — that by the age of 24, his bones and joints resembled those of an elephant at 60.

Given their lack of knowledge about Jumbo’s physical needs, it’s not surprising that his keepers were unaware he was also suffering deep psychological wounds, remnants of his mother’s violent murder. To make matters worse, he was kept isolated from other elephants at London Zoo and sometimes chained in a stable.  As he grew older, he had terrible nightly rages. He destroyed the interior of his elephant house, in the process, breaking both of his tusks.

FROM THE FILM: Jumbo suffered from night rages.

What was causing his rages? At the time, keepers were puzzled by his behaviour, but scientific studies today are providing an explanation. Was Jumbo suffering from PTSD?

Elephants are extremely social animals that live in dynamic and complex social groups. It is a world where learning and memory are passed down from older individuals through strong social bonds. At the centre of this world are the mother and her calf.

Vicki Fishlock, at the Amboseli Elephant Trust in Kenya, knows firsthand how the traumatic loss a mother can affect a young elephant. “During the first year of life, baby elephants won’t be more than a few meters away from their mothers,” says Fishlock. “The bond is so special, it’s so strong, that a young male will suckle even though he doesn’t need the milk.  It’s about maintaining that bond.  And making that calf feel safe.  That’s really, really important for elephants.” Until they leave the herd at 14 or 15 years old, male elephants depend on their mother and family members to learn social behaviour and grow emotionally.

Angela Sheldrick runs a nursery in Kenya where orphaned elephants are raised with surrogate family members and, in time, returned to the wild.  She understands exactly what effect Jumbo’s treatment in captivity would have had on a young elephant.

“To be locked up, unable to move and in solitary confinement, it’s inevitable you are going to end up with a psychotic animal,” says Sheldrick.

Now, new scientific findings are supporting Sheldrick’s way of thinking, with recent research confirming that elephants can indeed suffer from a type of PTSD. Karen McComb, from the University of Sussex, recently conducted a unique study of more than 1700 African elephants to test her theory that traumatic experiences — like the one Jumbo faced when hunters killed his mother — creates long-lasting psychological problems.

McComb studied two groups of elephants: one herd of orphans that witnessed a family member being killed, and a second herd, living in a protected area that never experienced the same suffering.

In elephant society, severe trauma affects learning and the ability to respond appropriately to social threats or dangerous situations.  So, McComb created an experiment where each herd was played the call of an unfamiliar elephant and recorded their responses.

The protected herd reacted appropriately: they bunched up in a defensive formation around their matriarch and eventually charged towards the strange call.

The herd of orphans showed a very different response: they paid almost no attention to the call, seemingly unaware there was any potential danger. According to McComb, “these long-lived, highly social animals, when they do suffer trauma and social deprivation, you get these effects that seem very parallel to post-traumatic stress.”

For wild elephants, the effects of culling and translocations, and the indiscriminate killing associated with rampant poaching results in PTSD-like symptoms that last generations.

Throughout his life, Jumbo lived under conditions that would be unacceptable today, but his giant presence sparked the first glimmers of interest in elephant behaviour.

One hundred and thirty years after his death, the care of captive elephants and zoo animals has improved. But, recent scientific discoveries reveal that to care for all animals, we need to do more to tend to their psychological needs.