From Love to Voting: Who Really Decides, You or Your Brain?

You might think you're in control, but 95% of decisions get made by your unconscious mind! Here a few examples that might shock you.

“One of the most stunning things we’re seeing is the degree to which how you act is driven by mechanisms running under the hood,” says Dr. David Eagleman, a neurologist and best-selling author featured in The Nature of Things documentary, My Brain Made Me Do It.

According to Eagleman, 95 per cent of our decisions are made by our unconscious mind throwing fundamental beliefs about free will out the window. In fact, new research from the Max Planck Institute in Germany shows that even when we think we’ve made a conscious decision, our brain has already made up its mind up to seven seconds before — a lifetime in terms of brain activity.

RELATED: Amazing Brain Facts, Find Out What's Under the Hood

Scientists imaged the brains of 14 volunteers while they performed a decision-making task; pushing a button with their right or left hand. By monitoring patterns of activity in the frontal cortex, the researchers could predict which hand the participant would choose well before even the participant was aware of their decision. Even the researchers found the results a little, well, disconcerting, "your decisions are strongly prepared by brain activity. By the time consciousness kicks in, most of the work has already been done," said study co-author John-Dylan Haynes.

Even when we think we’ve made a conscious decision, our brain has already made up its mind up to seven seconds before.

So is it any surprise that our subconscious plays a critical role in life-changing financial, moral and personal decisions? Here are a few examples:

Nothing can be more personal than selecting a potential mate, right? Well, think again. The fact is our mind has a natural affinity for anything that resembles ourselves. Eaglemen found that people are more likely to marry other people whose first name begins with the first letter of their own name. It may sound like a crazy reason to choose a life mate, but according to Eagleman, it’s "statistically provable that these things have an influence in very subtle ways on our choices.”

SCENE FROM THE FILM: David Eagleman describes a study where eye pupil size affected a woman's attractiveness to a man.

Another subtle factor that weighs heavily in choosing one person over another is touch. A study by Leonard Mlodinow, a physicist at the California Institute of Technology, showed that a light touch, which we may hardly even notice, can exert a powerful unconscious influence on our behaviour towards the person who touched us. Touching, even for a fraction of a second, has been found to increase the number of single women who will agree to a dance, sign a petition or increase the tip given to a server in a restaurant. Our unconscious mind is programmed to find touch pleasant, and the nerve fibres in our skin are connected directly to the areas of the brain associated with emotion.

As you walk into a store to pick up a bottle of wine for dinner, you consciously consider factors like origin, grape and price — or so you thought. English researchers did a study where they played German and French music alternately on a wine aisle that had a mix of German and French wines.  On the day they played German music, two-thirds of the people bought German wines and visa versa. 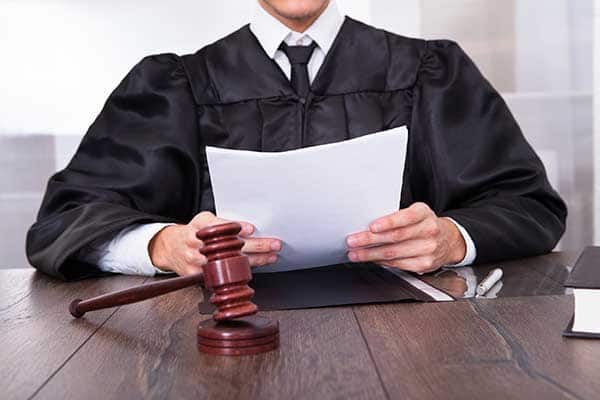 Justice is swayed by proximity to break time.

There’s more. Stockbrokers go to work thinking they’re making rational judgements, but the fact is, the stock market goes up much more on sunny days than on rainy days. Mitra Akhtari of the University of California explains a possible reason: Investors in a favourable mood are more inclined to take a risk.

Eaglemen notes that this also plays out in the courtroom. An Israeli study showed that the odds that prisoners would be paroled depended heavily on what time of day their case was heard — just after a break was a far better time than just before. The judges weren’t aware of how much a trivial factor like a food break had on their decision-making.  But cognitive psychologists know that as the day wears on, the psychological overload of decision-making increases and our brain is more likely to opt for the easiest choice and select the default, which in this case, would be the denial of parole.

An interesting study with amnesiacs showed that we aren’t even conscious of what we learn. Patients with anterograde amnesia can’t remember new experiences in their lives. But if you spend an afternoon teaching them to play Tetris, they’ll regain that knowledge the next day, even though they insist to you that they’ve never seen the game before.

It’s proof that we can learn new things subconsciously and apply those lessons to everyday life without even being aware of it — evidence of a sophisticated mind more powerful than we thought.

“We don’t have the mental capacity to process everything in our environment with conscious awareness and intent, so we pay attention to a small percentage of the environment at any given time,” says Tanya Chartrand, professor of neuroscience and psychology at Duke University. ”But in the background, we’re non-consciously processing much, much more. And non-conscious processing later influences the decisions we make.”

Robert Epstein, a psychologist at the American Institute for Behavioural Research and Technology, poses an alarming hypothesis about how the internet has spawned subtle forms of influence that manipulate what we do — even sway elections.

RELATED: Too Dumb for Democracy from CBC Radio, Ideas

A series of studies by Epstein has demonstrated a robust Search Engine Manipulation Effect (SEME). By ranking candidates more favourably than others in search results, researchers could sway people’s opinions about candidates by an astounding 20 to 50 per cent! Even more disturbing, 99.5 per cent of study participants were completely unaware that they were being manipulated.

Pink Floyd: "There's someone in my head, but it's not me."

Google, one of today’s biggest gateways to knowledge, knows everything about us. Through searches, Google Maps, Google Docs, Google Analytics (and the list goes on) they store and can analyze our complete digital footprint. So Epstein asks: Is it possible for Google to identify undecided voters and send customised rankings favouring one candidate to those people? Could this sway an election? His results say: Yes.

As our knowledge of our subconscious mind grows, it’s becoming clear that we’re just not running the show — even though we might like to believe that we are. David Eagleman likes to quote Pink Floyd, “There’s someone in my head, but it’s not me.”