Esther is a social media star that will change the way you think about animals. Leora Eisen

As a documentary director, I’ve interviewed all kinds of famous personalities, from Hollywood stars to former presidents.

But I’ve never met a celebrity quite like Esther.

Esther has hundreds of thousands of social media followers. A book about her is currently on the New York Times Best Sellers list. Despite the fact that she lives in rural Ontario, she gets fan mail from around the world. And when you film her, she hogs the camera – literally.

Esther is a pig. 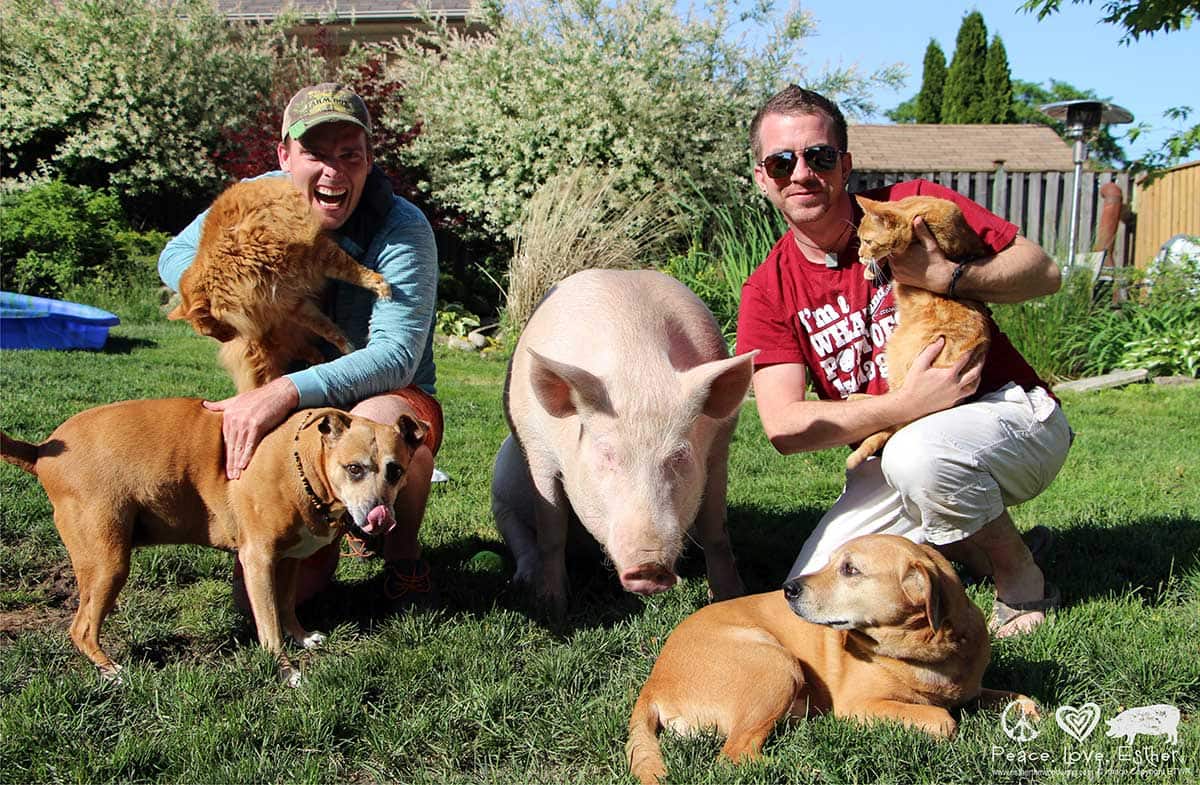 When animal lovers Steve Jenkins and partner Derek Walter agreed to take in a pet “mini” pig, they had no idea what they were getting into. “We found out very quickly that she was actually a full-size commercial pig, who now weighs about 650 lbs,” says Steve.

Esther’s human caregivers say she's "650 lbs of pure genius". It's hard to believe that she was ever such a tiny piglet. Photos: Steve Jenkins, Derek Walter

With a film crew in tow, I had the chance to observe a unique social experiment — what happens when you raise a pig destined for the slaughterhouse in a human house? The fascinating results will be featured in a new documentary about the inner lives of animals airing this season on The Nature of Things.

SCENE FROM THE FILM: Esther is one amazing pig.

In pig cognition experiments, researchers are discovering that the farm animals we so often overlook are in fact incredibly intelligent – quick learners who will try to outsmart the humans studying them, and each other. 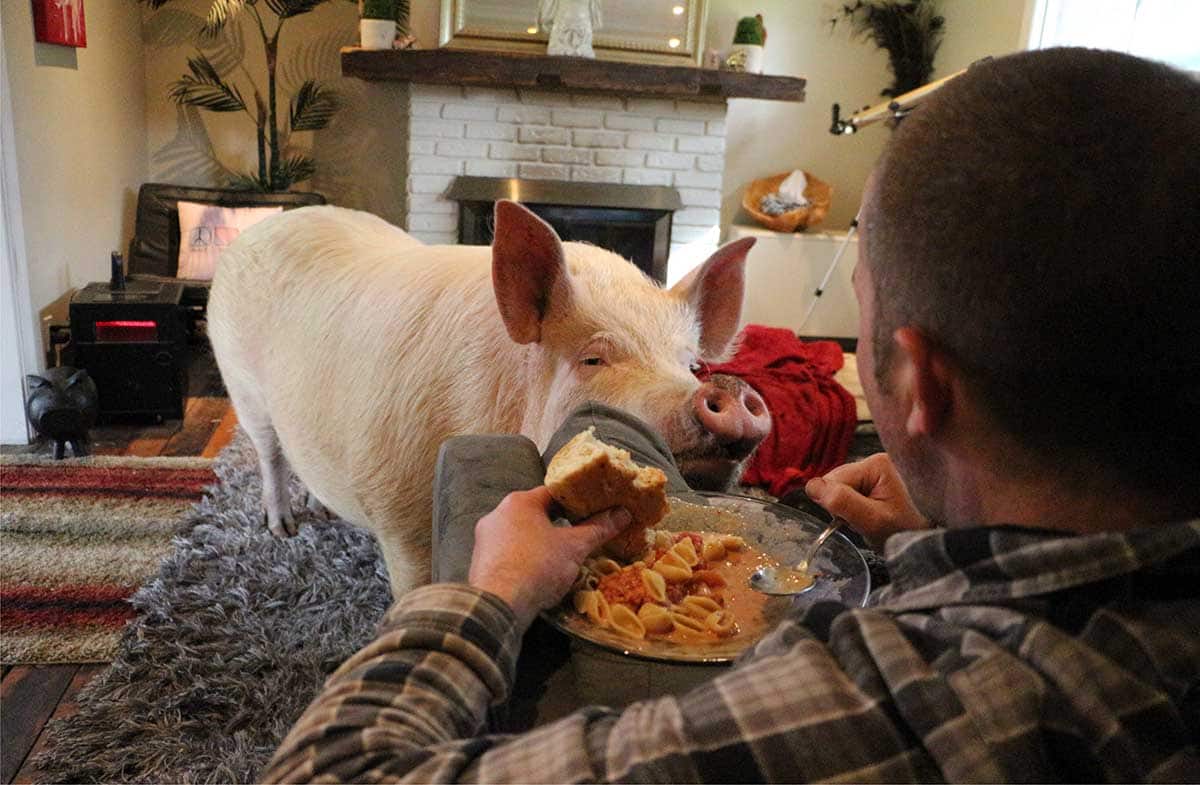 That probably wouldn’t surprise George Orwell, who described them as “the cleverest of the animals” in Animal Farm. And it certainly doesn’t surprise Esther’s caregiver Steve Jenkins. “I’ve never met an animal with such a deep emotional and intellectual capacity,” he notes.

Esther makes herself at home.

Meet “Esther the Wonder Pig” and a host of other clever creatures, from sperm whales to hummingbirds, in Think Like an Animal.

Listen to an interview with Esther's human keepers, Steve Jenkins and Derek Walter on The Current.