Fungi Are Responsible For Life On Land As We Know It

From helping plants to colonize terrestrial earth to treating disease in humans, is there anything fungi can’t do? Chris Dart

Neither plants nor animals, fungi are the most underappreciated kingdom of the natural world. During a billion years of evolution, they’ve become masters of survival.

And yet, fungi have also been integral to the development of life on Earth. In fact, neither land plants nor terrestrial animals would exist them.

WATCH
The Kingdom: How Fungi Made Our World

“Fungi are absolutely remarkable chemists,” says McMaster University biochemistry professor Gerry Wright.  Fungi produce molecules that humans still can’t reproduce in a lab, and we’re only beginning to scrape the surface of what we can learn from them.

Here are a few things we found out about the hidden world we pass by every day on The Nature of Things documentary The Kingdom: How Fungi Made Our World.

Fungi were some of the first complex life forms on land, mining rocks for mineral nourishment, slowly turning them into what would become soil. In the Late Ordovician era, they formed a symbiotic relationship with liverworts, the earliest plants.

“Ultimately, fungi helped plants move away from being these marginal tiny little things on the water’s edge into large forests and entire ecosystems,” explains Katie Field, an associate professor in plant-soil interactions at the University of Leeds.

The fungi provided essential minerals for land plants that allowed them to spread and turn the planet green — changing the composition of the atmosphere.

Fungi were once the tallest life forms on the plant

Three hundred and sixty million years ago, in the Devonian era, there were no trees yet. The only animals living on land were invertebrates. But enormous fungi towered over the landscape. Prototaxites were megafungi that could be up to eight metres in height. 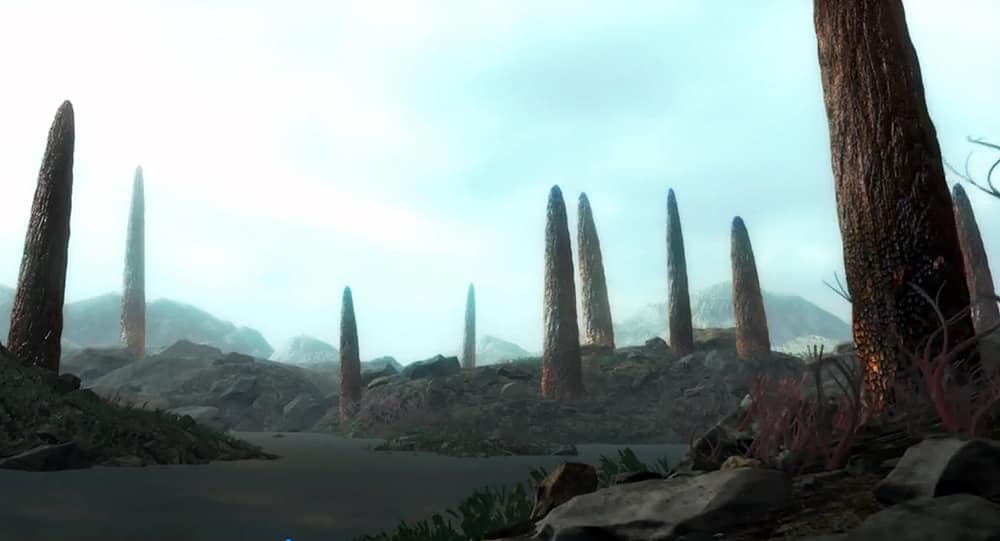 An artist's rendering of what protoaxites might have looked like based on the fossils they left behind.

For over a hundred years after the discovery of the first Prototaxites fossils, scientists argued about whether they were fungi, trees, lichens or plants.

According to research by Dr. Francis Hueber of the Smithsonian, the Prototaxites met their end at the hands of evolving insects, who started using them as a source of food.

Fungi are part of the reason we exist

Roughly 65 million years ago, an asteroid strike would wipe out 70 percent of all life on Earth. But it wouldn’t happen all at once. The lack of sunlight that followed the asteroid impact meant that the plant life that didn’t die on impact would start to decay rapidly, creating the conditions for fungi to spread rapidly.

When that happened, mammals had one key advantage over cold-blooded reptiles, then the planet’s dominant life forms.

MORE:
The Kingdom: How Fungi Made Our World
Fungi Paved The Way For Humans To Evolve In The Aftermath Of A Deadly Asteroid Strike
Photographer Steve Axford Documents The Beauty of Fungi

“They’re hot,” explains Arturo Casadevall, a professor of public health at Johns Hopkins University. “The reptiles are quite susceptible to fungal diseases, but your typical mammal, which maintains a temperature in the mid 30’s or so, creates a thermal exclusionary zone for fungi.”

Those surviving mammals are the evolutionary ancestors of every mammal on the planet today, from civet cats to water buffalo to us.

“The warm-bloodedness of mammals, including ourselves, has evolved, in part, as a response to the pressure from fungus,” says Rob Dunn, a professor at North Carolina State University. “And so we seem to have cooked out the fungal pathogens.”

Fungi are master decomposers that keep our forests alive

Without fungi to aid in decomposition, all life in the forest would soon be buried under a mountain of dead plant matter.

“[Fungi] are the garbage disposal agents of the natural world,” according to Cardiff University biosciences professor Lynne Boddy. “They break down dead, organic matter and by doing that they release nutrients and those nutrients are then made available for plants to carry on growing.”

“It’s how everything is reborn,” says Dunn. “So that this entire web of life is connected and it’s connected through the fungi.”

In short, fungi eat death, and in doing so, create new life.

FROM THE FILM: Fungi form a wood-wide web in forests connecting the entire ecosystem.

Otzi, the 45,000-year-old man who was found frozen in the Tyrolean Alps, was carrying ornately strung together fungi with him when he died. Scientists think that these mushrooms were spiritual, but they may also have been medicinal.

“Now we know that [fungi] enhancing your immune system and it will help you also against cancer, against inflammations, antiviral, it’s antibacterial, so it has a huge array of medicinal properties,” says the University of Innsbruck’s Ursula Peintner.

Thousands of years ago, humans brewed beer not to party, but because yeast — a single-celled fungus — made potentially contaminated water safe to drink by killing bacteria.

“In those early gatherings of humans, we pooped on everything,” says Dunn. “The danger of getting infected and sick was very high, and it was especially high from the liquids that you would drink. And so in that context fermented drinks might have increased our ability to survive ourselves.”

Our species built civilizations around bread and beer made with the help of a single fungus.

FROM THE FILM: One random mutation led to our success as a species and our enjoyment of beer and other alcoholic beverages.

It was only one hundred years ago that Alexander Fleming accidentally discovered penicillin — from a fungus called Penicillium — that we used to combat bacterial epidemics that kept sweeping the planet. Since then, the world's population of humans has tripled.  As our numbers continue to climb, we’re turning to fungi for help.

Scientists estimate that there are over 5,000,000 species of fungi on Earth, but we’ve only discovered about one per cent of them. Professor Rob Dunn says that as we start to dive deeper into the world of fungus, there’s no telling what other breakthroughs might be possible.

“We’ve become really interested recently in trying to figure out how do we find not just any new fungus but fungi that might be useful to people,” he says.

New discoveries could be used for anything from breaking down industrial waste to developing new sources of food to making new medicine.  “Most of the coolest stuff nature can do we haven’t discovered yet. And so we both systematically look, and we bumble around a little bit.”

Fungi have made us who we are — and the most exciting discoveries are yet to come.