From the Arctic to the desert, horses remain a central part of life around the world. Niobe Thompson, presenter of Equus

“The domestication of the horse was the most important event in human history,” says Danish geneticist Eske Willerslev in the new documentary series Equus. “It was massive freedom. When we got up on a horse,  we could suddenly cover huge distances. What had been impossibl e became easy.”

Our ancestors settled every corner of the planet on foot. But when we harnessed horsepower — roughly 6,000 years ago — the human story changed forever. For clever-but-slow Homo sapiens, the strength and speed of horses was a perfect complement. Horses transported us, pulled our loads, plowed out fields, herded our livestock, and carried us into battle (or sped us away from danger). In ways no other animal could, horses were our constant and irreplaceable companion.

In the age of machines, we still talk about “horsepower.” But horses have lost their central place in human life; we now keep them as pets and companions.

But while their importance in the human world is fading, there are some horse cultures that survive today. In Equus: Story of the Horse, we meet some of them. 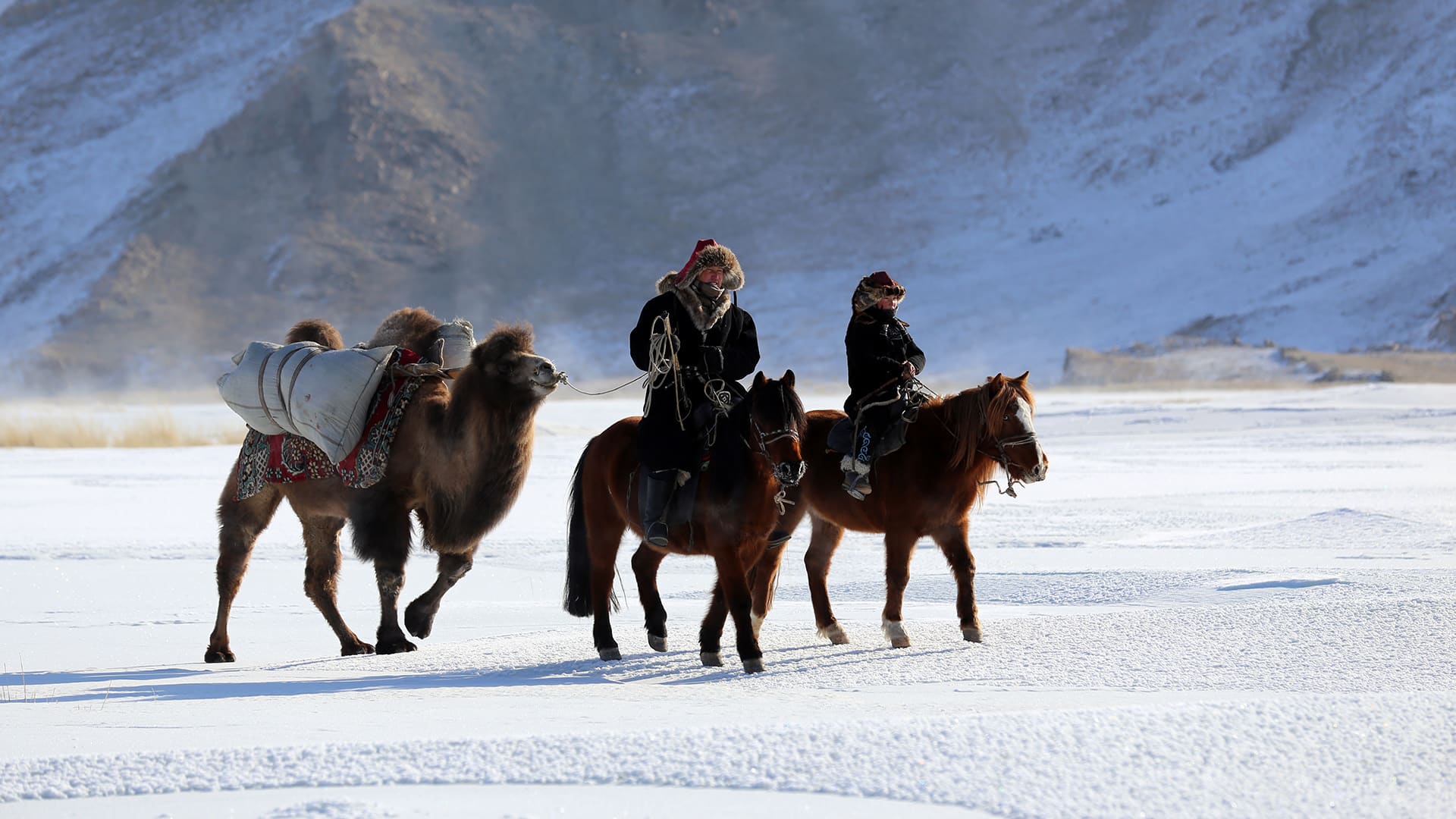 The herding way of life was once common across much of the planet, and horses made it possible. But in a world of borders and roads, horse nomads have virtually disappeared. Anthropologist and host Niobe Thompson travels to Mongolia, where high in the Altai Mountains he joins some of the last nomads on an epic winter migration.

Kazakh nomads migrate four times a year through the Altai Mountains, herding their yaks, goats and sheep on horseback, and bringing their camps of felt yurts (called ger) with them. They winter in the valley bottoms, and they summer at the feet of glaciers, travelling hundreds of kilometres on each migration.

In this unforgiving mountain world, horses bring security and wealth. They are transport, but their milk and meat also nourish the herding families. And when the snow is deep, only horses can break a trail for the other animals to follow.

To learn how horses make it possible to survive in the Altai, Thompson joins a family of Kazakh nomads at two critical times: late-summer harvest and mid-winter migration. Facing the deepest snow his friends can remember, Thompson travels on horseback with them and their herds on a 150-kilometre migration through high mountain passes to reach the spring camp. An incredible journey that has never been filmed before.

Scene from Equus: Over a mountain with the Kazakh nomads

Despite the deep snow and winter storms, Thompson’s hosts cannot delay the migration: many of their animals are pregnant and will soon give birth. Only in the spring camp across the mountains will they find the grasses they need to survive with their newborns until the snows melt. Facing bitter winds and icy temperatures in the high passes, Thompson and his Kazakh hosts place their faith in their horses to break a trail and push the animals to safety.

“Before we domesticated horses, a journey like this would not have been impossible,” says Thompson, “a tight-knit family of herders, living in an extreme environment … and thriving.” 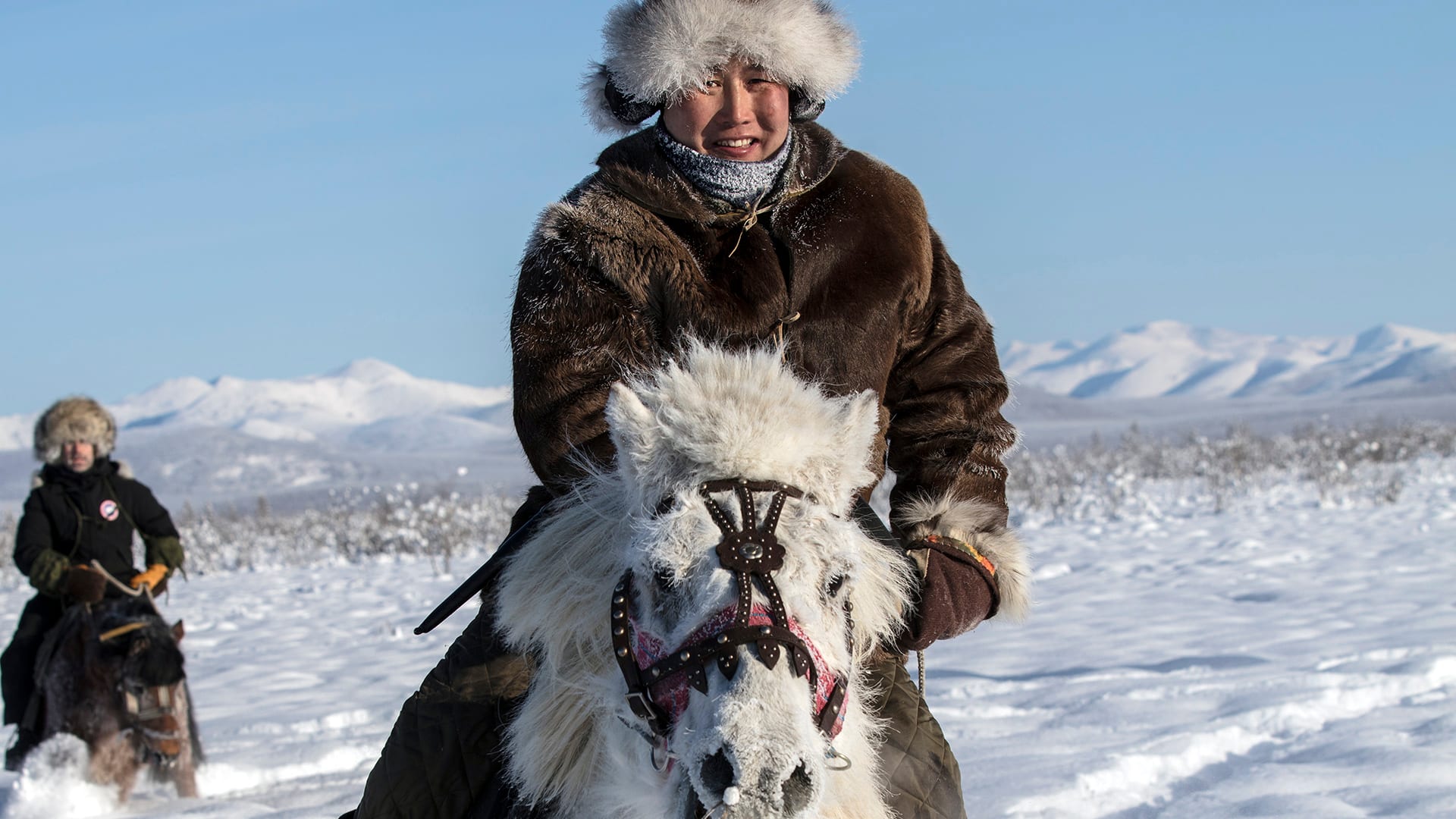 Eight centuries ago, in the time of Chinggis (Genghis) Khan, a horse people living in Mongolia fled the threat of violence by migrating north into the Siberian forests. They had no way of knowing they were heading to the coldest inhabited place on Earth, a region we now call Yakutia. In the Verkhoyansk Mountains, daytime winter temperatures hover below minus forty Celsius for weeks at a time. The record: –72 C.

To discover how humans and horses survive in this extreme environment, Thompson travelled 2,000 kilometres by road from Yakutia’s capital to the community of Oymyakhon in February. There, he joined a family of horse breeders and helped out at their “horse ranch,” meeting and riding an extraordinary breed of horse: the Yakutian.

Yakutian horses have adapted so wholly to extreme cold that they’ve become a curiosity of science. It’s not just their short, stocky build and extremely long hair that keeps them alive. Unlike other horses, they never lie down during the eight-month-long winter. And their metabolism drops to preserve energy, a state we call “standing hibernation.”

Without these incredible horses, Yakuts would never have survived in this extreme place. “For us, horses are a sacred animal,” a herder tells Thompson. “They are our God. Without horses, we wouldn’t be Yakuts.”

The Blackfoot of the Western Plains

You might not expect to find a culture in North America still dependant on horses. But then, you might not know about the Blackfoot.

The ancestors of horses evolved in the Americas. But 9,000 years ago, they went extinct. The only horses left on Earth were in Eurasia after their ancestors had crossed the Bering Land Bridge. So when Christopher Columbus brought 50 Spanish warhorses to the New World, it was the end of a round-the-world journey.

Descendants of these horses reached the Western Plains of the USA and Canada before settlers, and by the time Europeans encountered the Indigenous cultures who lived there, this was a world of horsepower. One of the great horse nations to emerge was the Blackfoot, buffalo-hunting nomads who lived in what is today Alberta and Montana. According to the earliest accounts, their skills on horseback were unequalled, both on the hunt and at war.

Scene from Equus: Competing in an Indian relay

In Equus, we follow the journey of a Blackfoot team from the Siksika First Nation, from small-town races to the Calgary Stampede. Guided by the great-grandson of legendary Blackfoot Chief Red Crow, who signed Treaty 7 with the Crown, a team of young men chase the thrill of running Thoroughbred horses in the Indian Relay. An extreme sport with extreme risks, the relay re-enacts the feats of horsemanship and courage passed down in Blackfoot culture to this day.

“We are modern-day warriors. We are still on our horses, just like our forefathers,” says Allison Red Crow. 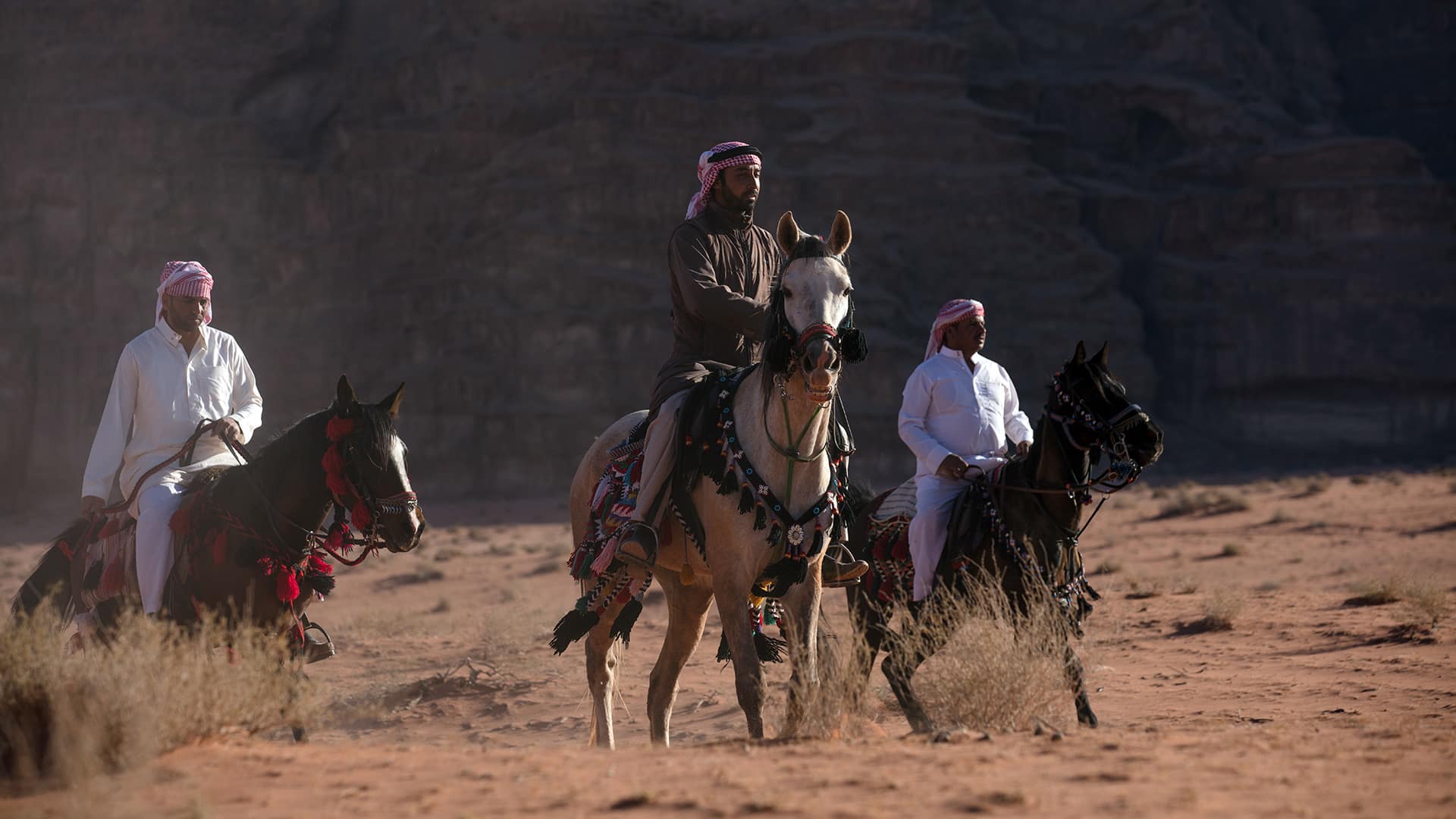 The Bedouin of Arabia

The Arab horse is one of the world’s oldest breeds. Over 2000 years they were bred to survive the scorching desert sands of the Arabian Peninsula. All that time, their guardians have been the nomadic Bedouin.

Arabs are a “hot blood” breed,  a spirited horse with an appetite for speed. “The Arab horse is famous for being hardy, spirited and fast. No matter how hot it gets, these horses love to run,” says Thompson, who travelled to the border of Jordan and Saudi Arabia to meet Bedouin who still roam the desert on horseback. Many of the distinctive features of the Arab, from their raised tail to their large nostrils to their graceful figure, are heat-shedding adaptations.

Just as Arab Horses were bred for speed and stamina, they were also selected for their personality: intelligent, responsive, and quick to learn. When Europeans first encountered this horse, they immediately recognized its value as an “improving breed.”  Arab blood is found in almost every modern breed of riding horse and was essential to the creation of the fastest horse of all: the Thoroughbred.

The Bedouin call their horses “Banat er rih” or “daughter of the wind.”  They believe horses give them the power of flight, without wings. Their horses are so precious that they are priceless.  A great horse cannot be sold, only offered in friendship. And so important were horses for survival in the punishing desert environment, the Bedouin believe they were God’s special gift to humans.