Five Things We Learned About Wolverines

Despite their fierce reputation, wolverines won't turn down a free meal! 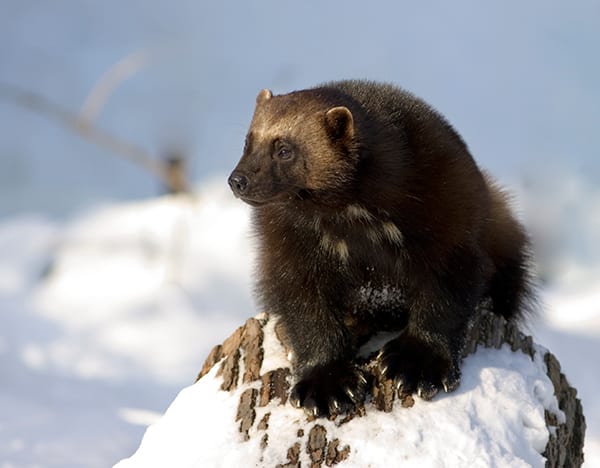 Fierce and tenacious, wolverines live in northern boreal forests and up to the Arctic circle, one of the most rugged, inhospitable terrains on earth. Although they look like small bears, they are in fact, the largest member of the weasel family.

Few other animals can match their strength. There have been documented cases of a wolverine bringing down a moose — equivalent to a house cat bringing down a deer. They have no fear, and with their huge paws, they can run on snow, giving them the unique ability to chase prey like snowshoe hare or grouse in any weather.

Despite their aggressive personality and attitude, here are a few surprising things we learned in Wolverine: Ghost of the Northern Forest, a film from The Nature of Things:

1) Wolverines are not loners
Wolverines have long been thought of as solitary animals, but they are quite social. Teen wolverines have been observed to remain in, or at least near, the company of their mothers, and appear to be tolerated by their mothers while they learn survival skills by carefully following and watching her in the wild.

2) Wolverines make good dads!
Unlike other members of the weasel family, male wolverines are active parents. They defend their den and kits from rival males (who might commit infanticide to bring the female back into heat) as well as from predators like wolves and lynx.

SCENE FROM THE FILM: For the first time, footage of wild wolverine kits. 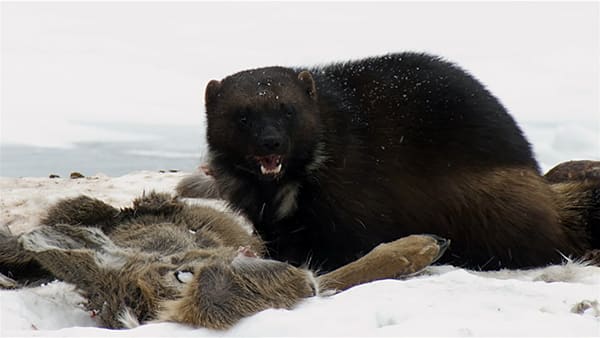 Despite their fierce reputation, wolverines will not turn down a free meal.

3) Wolverines have a complicated relationship with wolves.
During the winter, wolverines like to scavenge on wolf kills of large animals like moose and caribou.  But by following wolves to dinner, they put themselves at increased risk of being caught and killed  — wolves are one of the only animals known to attack them.

4) Wolverines like to hunt beavers.
Although wolverines will not turn down a free meal, they also hunt and are particularly good at hunting beaver. Wolverines can dig through many metres of ice, mud and frozen branches to get at the beavers inside a lodge. They've even been known to enter a lodge when the beavers are away and lie in wait until they return.

5) Wolverines are extremely intelligent.
The use of motion-activated trail cameras has given researchers extensive footage of wolverine behaviour that shows just how intelligent and adaptable these animals are in the wild. Wolverines have learned to take advantage of seldom-used roads and cutlines through industrial areas as easy shortcuts across and around their territory.

They've also learned how to take advantage of the baited box traps placed in different areas of the forest by researchers who want to track them using satellite collars. Some uncollared wolverines have learned how to nibble at the bait without getting caught, while others who have already been collared don’t mind getting caught repeatedly if it means they can finish a good meal of beaver meat while they wait to be released by the research team.