Ferrets, foxes and the fringed orchid: Species that suffer when grasslands are threatened

More than 70% of Canada’s prairie grassland has been converted for farming and other uses, endangering 60 species at risk

Canada’s prairie grasslands are among the most endangered and least protected ecosystems in the world. “We’ve completely lost our memory of what grassland was because we’ve gotten rid of so much of it,” says author and naturalist Trevor Herriot. Herriot is featured in Grasslands: A Hidden Wilderness, a documentary from The Nature of Things, which looks at this precious habitat.

According to the Nature Conservancy of Canada, more than 70 per cent of Canada’s prairie grasslands have been converted for crop-growing or other land uses, threatening the 60 species at risk that rely on it.

Here are a few — plus one that has already disappeared.

The greater sage-grouse is one of Canada’s most endangered species.

The males have chest sacs which pop and warble to create otherworldly mating calls, which according to the documentary, can travel up to three kilometres across the prairies.

It’s estimated that there are only a couple hundred greater sage-grouse surviving in the wild in southern Alberta and Saskatchewan. A key to maintaining the sagebrush prairie where the sage-grouse live? Plains bison — once abundant on the prairie — that graze on the land. They were finally reintroduced to the Canadian prairies after being extirpated since the late 1800s, but there are still a limited number of this keystone species living on wild grassland.

In 2018, 66 sage-grouse, bred at the Calgary Zoo, were released in Saskatchewan’s Grasslands National Park and an Alberta conservation site south of Cypress Hills Interprovincial Park in an attempt to halt the species’s decline.

Saskatchewan cattle rancher Miles Anderson, featured in Grasslands, has also stepped in to help protect the habitat of these birds. Like bison, cattle can help maintain the grassland habitat by grazing, and park officials at Grasslands National Park are working with Anderson and other ranchers to allow grazing inside park borders.

Small and slender, the black-footed ferret was once abundant in Canada’s grasslands until the agricultural boom in the early 1900s. By 1974, this ferret was thought to be extinct until a tiny population was found in Wyoming in 1981.

Parks Canada attempted to reintroduce the black-footed ferret to Grasslands National Park by releasing 74 animals in 2009. Soon after, wild-born ferrets were seen at the park, sparking hopes that the group would survive.

These ferrets are carnivores that mainly eat black-tailed prairie dogs, another grassland species facing population decline. In the years following the ferrets’ reintroduction, the park experienced two severe droughts that wiped out many of the prairie dogs that lived there. At the same time, sylvatic plague was detected, a disease to which both the ferrets and prairie dogs are susceptible. 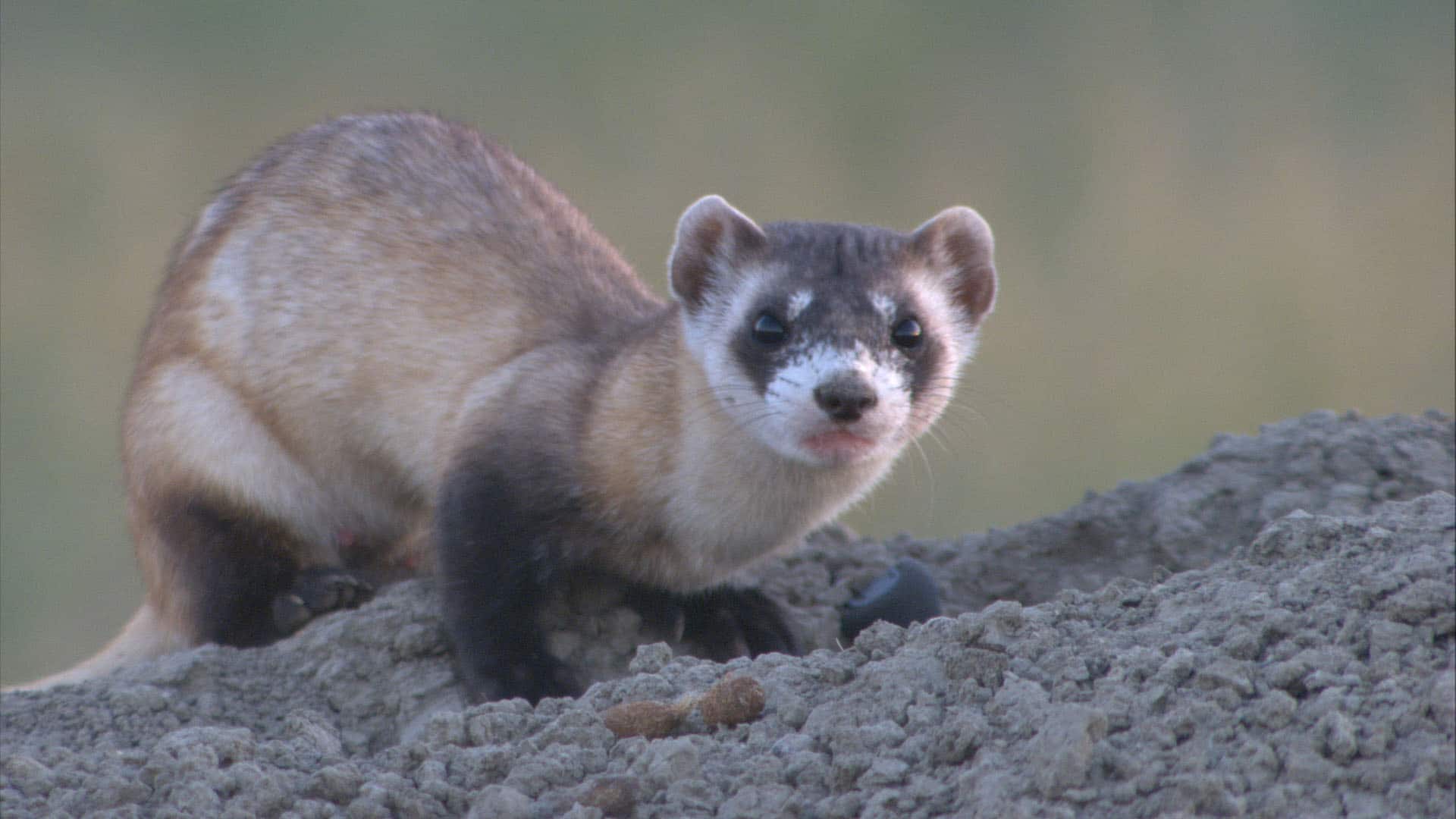 No black-footed ferrets have been seen at the park since 2014, and further releases were halted in 2013. Park officials have concerns that climate change will increase the frequency of plague and droughts, making it difficult for the species to survive.

This native orchid is one of Canada’s rarest plants. Between half a metre and a metre tall, the orchid erupts in a spectacular bloom each summer that lasts only a few days.

At night, the flower releases a vanilla-like scent to attract its only pollinator, the hawk moth: an insect with a tongue long enough to reach the nectar inside the orchid.

In 2016, the Nature Conservancy of Canada purchased land in Stuartburn, Man., where about 50 per cent of the world’s western prairie fringed orchids are found. Elsewhere in the province, the flowers and the land these orchids grow on can’t be disturbed according to Manitoba’s Endangered Species and Ecosystems Act. But a group of local farmers are calling on the province to change the rules since the orchids have been spotted in their fields.

Named for their quickness, these foxes can run at speeds of more than 60 kilometres an hour. They’re also about the same size as a housecat, making them the tiniest fox species in North America.

Swift foxes will feed on everything from insects to rodents to birds, and they prefer to live in short and medium grasslands that give them an unobstructed view. 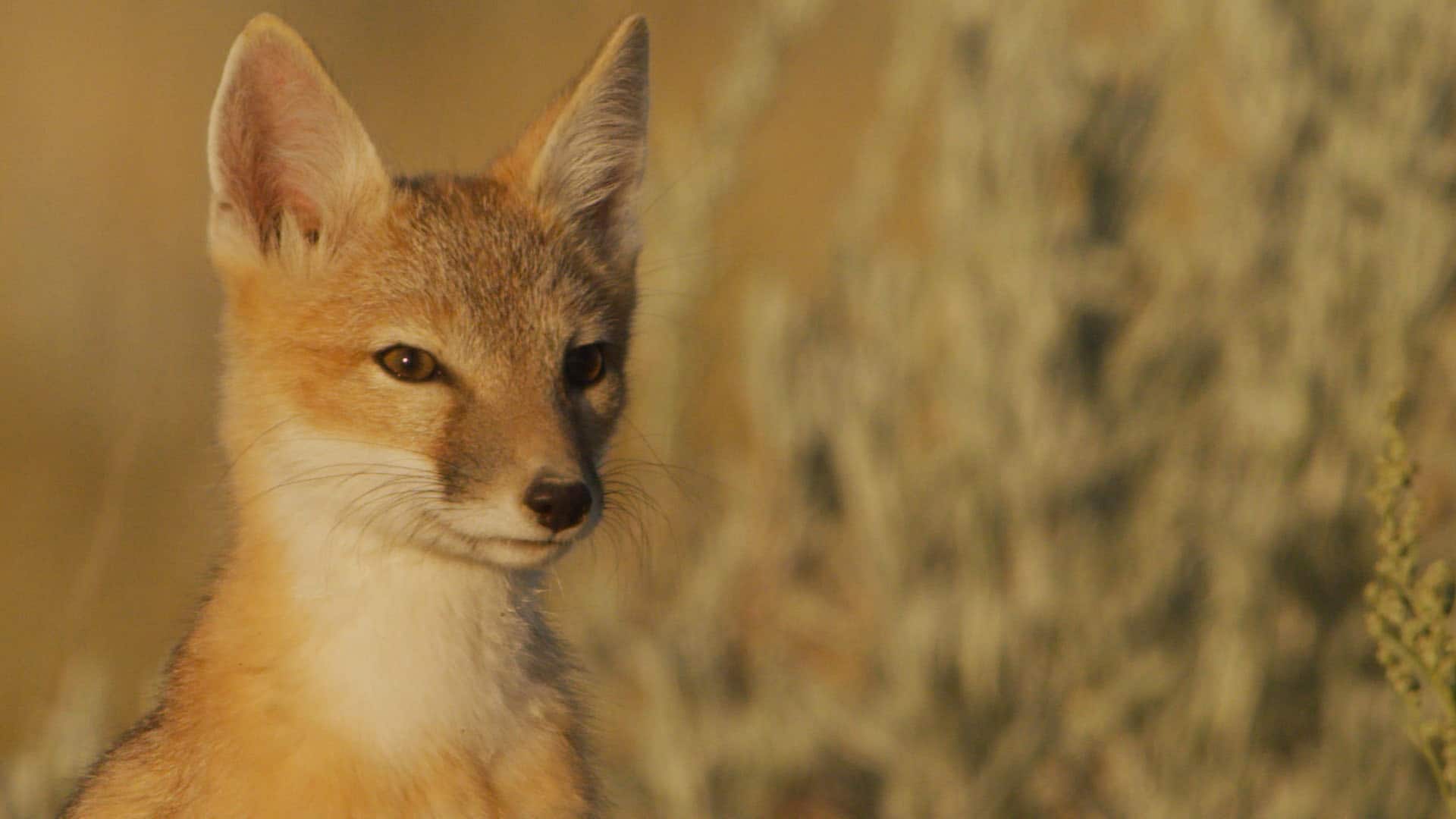 The swift fox was poisoned and trapped to local extinction in the early 20th century. But due in large part to reintroduction efforts, it’s establishing a foothold in Alberta and Saskatchewan — with a current population of several hundred animals — and is considered a conservation success story.

Before the arrival of European settlers, up to 60 million plains bison are estimated to have roamed North America. But by 1888, only one wild herd of a few hundred animals remained in Yellowstone National Park in the U.S.

Standing up to two metres tall and weighing up to a tonne, these bison are the largest land animal on the continent, and scientists are beginning to understand the important role they play in maintaining the grassland ecosystem as a keystone species. Their heavy hoofs help to aerate the soil, and their habit of rolling in the dirt creates microhabitats for plants. Birds build nests with their hair, and invertebrates find food in the dung they leave behind.

MORE:
Canada's beautiful prairie grasslands are among the most endangered ecosystems in the world
How to be good neighbours with grizzly bears

Between 1907 and 1912, more than 700 wild bison were shipped from Montana to Elk Island National Park in Alberta, where they were protected for more than a century behind a fence. The bison at Elk Island are considered to be genetically important because they’re free of cattle genes. Other surviving herds were raised for their meat and frequently interbred with cattle. (The Elk Island bison are also free of diseases that commonly affect herds, including tuberculosis and brucellosis.) 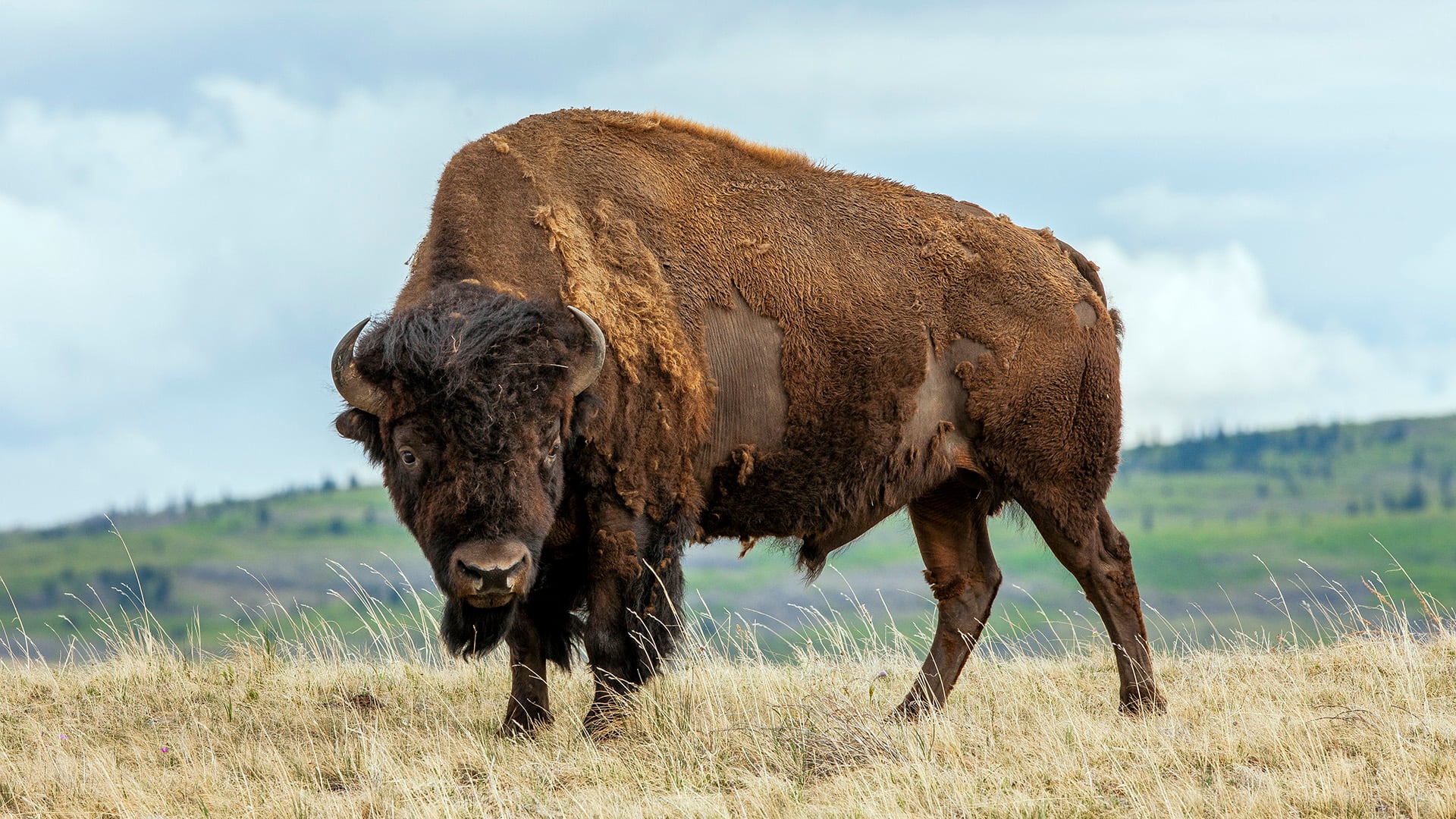 The Elk Island species recovery program is now considered one of the most successful in the country, and Elk Island bison have been used to establish new populations in Canada and around the world. Today, there are about 20,000 plains bison living in North America’s wild grasslands.

In 2016, 89 Elk Island plains bison — descendants from the original herd — returned home to the Blackfeet Nation reserve near Glacier National Park in Montana.

Watch Grasslands: A Hidden Wilderness on The Nature of Things.