'I've seen for the first time a mother nursing her calf.' New observations of belugas from above give allow researchers to learn more about these endangered whales. 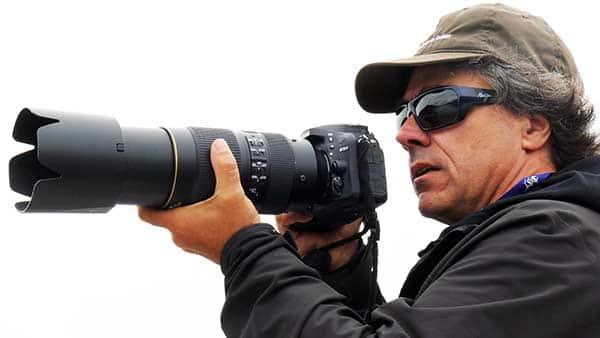 In 30 years studying and tracking beluga whales in Quebec’s Saguenay River, Robert Michaud had a first recently. “I’ve seen for the first time a mother nursing her calf,” says Michaud, the director of research programs and president of Tadoussac, Que.-based GREMM, a non-profit group working on protecting whales in the Saint Lawrence River. “Wow. Just wow.”

Allowing Michaud and his colleagues to get to that first was a new type of observation technology that lets researchers get up close and personal with the whales: drone technology. “Using drones is relatively new — it started essentially 10-15 years ago but with larger drones and for a very specific usage,” says Michaud. “But the technology has evolved and they’re now able to carry all types of detection systems. Now these drones have developed to conduct eight-hour long aerial surveys in remote areas of the arctic. It’s a great use because those are surveys usually done by humans in aircrafts in remote areas that are quite dangerous.”   The impact on the actual whales as well is more minimal via drones than helicopters or boats as well.

Case in point, the drones allowed researchers to observe calls between mother whale and baby calf. “Mothers and calves use contact calls to maintain contact. And the calls from the calves in the first weeks of their lives are very low-frequency,” says Michaud. Because they’re of such low frequency, they’re vulnerable to being masked by the noise of observation boats that researchers typically use. “So we’re interested to documenting the use of those contact calls in different environments — in quiet, pristine environments in the arctic and in the noisier, busy areas such as the Saguenay.”

SCENE FROM THE FILM: Listen to the baby belugas call

Visual observation possibilities have also opened up via small-drone technology. In the air, the drones pick up footage that allow researchers to get a better whale herd count. “Especially the presence of calves which are sometimes undetected,” notes Michaud. “They’re smaller animals and sometimes they are swimming on the sides of their moms so from the boat or the shore you can miss that. So to interpret our recordings, we needed an accurate count and drones were perfect tools to do that.”

Michaud in facts credits this kind of technology similar to a breakthrough he’s seen before in studying whales. “It’s similar to when we started using tags attached to the whales to follow them below the surface,” he says. Unlike the aerial observation that drones supply, the tags followed the whales into the deep waters of the rivers. “That way we could track their dives and speed and what they’re doing when they disappear from the surface.”

And while drones offer lots to get excited about in whale observation, Dr. Veronique Lesage notes the technology is far from fully developed. “I see the potential of the technology but at the moment, it’s totally anecdotal,” says Dr. Lesage, a research scientist with the Department of Fisheries and Oceans Canada. Her concern is over the lack of precision in the observation via the drones — that to date, it’s all observation, yet no hard data has been returned. “We need to look into how we’re going to use these machines a lot more.”

Michaud agrees, noting one key area needing development are the drone’s height sensors. “The smaller versions of the drones don’t carry the sensors that can measure the exact height of the flight,” he says. Once you have a height measure off of the water for example, researchers can create a grid where they can map and measure the size of the animals they’re observing. “But it’s great gadgetry and we’re just starting to use it,” Michaud says. For him, drone technology will hopefully offer more firsts—like the mother nursing her calf--in his work down the road.

For more watch, Call of the Baby Beluga on The Nature of Things.