Could a video game help rewire the brains of children with ADHD? A guide to alternative treatments

But one group of software developers and researchers in Toronto is trying to change that. They’ve developed a project called The Mega Team, which seeks to help individuals with ADHD improve some of their symptoms.

Traditionally, doctors use a stimulant to treat ADHD symptoms — they have been the “gold standard for the past 50 years”, according to the documentary, ADHD: Not Just for Kids.

But, as more children are diagnosed at a younger age, people are starting to question whether medication is right route and if children are being over-medicated.

Those concerns have prompted scientists and researchers to look for non-pharmaceutical treatments and therapies.

Here are a few:

SCENE FROM THE FILM: What if a video game could help rewire a brain that suffers from ADHD? That's exactly what the creators of MegaTeam hope will happen.

The Mega Team project one alternative treatment that focuses on the response inhibition of children with ADHD — essentially, whether a child can stop what they are doing based on new information in their environment.

The team created two games: Megasonic Action Dash and Megatronic Danger Dive. In both games, the player is Captain Mega, the “cool-as-ice one-liner-spitting teenaged super-defender of Megalopolis”, who needs to rescue the rest of the Mega Team from Danger Swam, a “mysterious (but decidedly uncool)” villain who took them captive, according to the game’s description on Google Play. 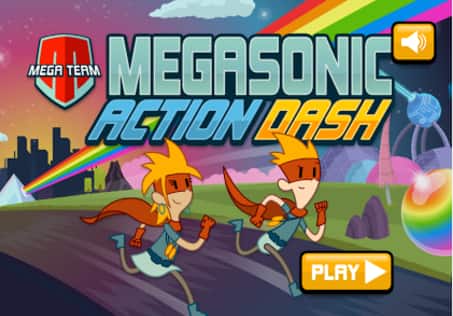 “We have taken our understanding of the underlying cognitive deficits in ADHD and come up with an intervention to strengthen those,” said Dr. Jennifer Crosbie, a psychologist at The Hospital for Sick Children in the documentary ADHD: Not Just for Kids. “Ideally what we’ve tried to do is come up with something that’s engaging and fun for kids.”

The team at The Hospital for Sick Children co-developed the game with Ehave, a medical software company based in Toronto. For Scott Woodrow, the founder of the company, the project hits close to home. His son has ADHD.

“I didn’t want to medicate my child,” he said. “The medication deals with the symptoms of the condition, it doesn’t deal with the underlying condition itself.”

MORE:
5 best and worst job choices for people with ADHD
I made a film about ADHD and found out I have it myself

The idea is that these types of video games will help children gain the skills that medications help with, but don’t provide.

So far, 50 kids have been recruited to test out the game and have their progress monitored. The team of researchers will follow up later to see if the game had an impact on their skills.

The goal is to build more games to target other cognitive function as well as appeal to adults.

Alongside their medicinal treatments, many people with ADHD also turn to behaviour coaches to help improve their daily performance. These coaches help change their behaviour patterns as well as give emotional support.

Susan Gotlieb, a wealth manager at Royal Bank of Canada, wasn’t diagnosed with ADHD until her early 40s. After her diagnosis, she started using medications but felt she needed more help.

““The medication prepares the way,” she said. “It gave me hope that maybe I could solve these problems but I still didn’t know how.”

She turned to an executive coach who helps her change her behaviours and develop strategies to deal with issues that come up on a daily basis.

“This is very practically how I can change my thinking, How I can learn and how I can repeat these steps for all of the things that are going to come up in my life. I now have the tools.”

Another alternative or complementary approach is giving parent’s techniques that can help their child deal with and manage their ADHD symptoms. Fostering proper reward and penalty systems can help children adjust their behaviours over time. Through this training, parents can also identify structures that help their child succeed.

For children with ADHD, “more frequent and immediate feedback, setting up more structure in advance of potential problem situations, and providing greater supervision and encouragement […] in relatively unrewarding or tedious situations” are all effective principles, according to Mental Health Canada.

Family can be a fundamental part of managing symptoms. Family therapy can also help other members cope with any stress that comes from living with someone with ADHD, according to the directory.

While medicine and therapy are the only scientifically proven treatments for ADHD, depending on a person's symptoms, some doctors might recommend adding complementary treatments, such as:

Yoga or meditation: The Mayo Clinic also suggests that regularly participating in yoga and/or meditation can help relax people with ADHD as well as help with discipline and focus.

Environmental changes: The Centre for Addiction and Mental Health recommends reducing the any visible distractions in a person’s environment as much as possible. The Centre also recommends using aids to help ease symptoms, such as earplugs to avoid noise distractions or a stress ball to play with instead of fidgeting.

Keep in mind, there’s no scientific evidence that any of these alternative approaches have an effect on ADHD symptoms. Consult your doctor before trying any of them.

For more about ADHD, watch ADHD: Not Just for Kids on The Nature of Things.