Trees live in rich social communities where they join forces to take care of each other, work with other species, and wage fierce wars against their enemies; they can even create their own weather.

Contrary to popular perception, trees don’t live in isolation. The boreal forest is a vast botanical network that circles the entire northern hemisphere. And trees living there have a secret social life, with the forest community joining ranks to work together.  “We have this idea that trees are independent individuals...but what we have discovered is that they’re not independent, they will form unions,” says Annie Desrochers, a Quebec biologist featured in What Trees Talk About.

Smart and resilient, they share resources, fight animal predators and even change the weather. New research emerging from Canada’s boreal forest shows us that trees’ influence reaches well beyond their world — and into ours.

Some trees develop long-term friendships with other species to help each other survive, and even spawn the next generation.

MORE
Watch: What Trees Talk About
The World’s Biggest Forest Is In Our Own Backyard - And We Need To Protect It
Boreal Forests Store Carbon, But Maybe Not For Much Longer

In northern Saskatchewan, the scruffy black spruce’s best friends are the feather mosses that carpet the ground at the base of its trunk. The moss keeps the tree’s roots cool and damp while the spruce provides essential shade and keeps the ground free of messy leaves that might interfere with the moss’s growth.

Things heat up when it’s time to reproduce. When there is a fire, the dry moss helps it spread along the forest floor and right up to the tree canopy where the heat melts the waxy coating of the cones at the top.  Wildfire allows the cones to release thousands of seeds on the forest floor guaranteeing a new generation. “They are like the phoenix that rises from the ashes,” says biologist Jill Johnstone

Biologist Annie DesRochers studies the maze of connections that trees form with each other underground. Her pioneering research showed that young saplings were attached to the roots of their parents, but Desrochers was surprised to see that some trees were hooking up with complete strangers. She set out to find out why.

SCENE FROM THE FILM: Biologist Annie DesRochers studies the maze of connections that trees form with each other underground.

Her study showed that many species of trees form an underground network to share nutrients and water with their neighbours. Linked together by their roots, the trees formed pathways and arteries sharing resources and helping to care for the weaker members of the community. “I think the most important thing to take away is that whatever you do to a tree will not only affect that tree; it will affect its neighbour if it’s connected to it,” says Desrochers.

Trees can wage war against their enemies

Although trees are rooted to the ground, they’ve developed some ingenious ways to deal with predators. The white spruce has an age-old enemy in the red squirrel which loves to eat the seeds hidden within its cones. The squirrels collect thousands of cones and store them to eat all winter. But the spruce needs to ensure that there are some seeds left over so that it can reproduce and has developed a strategy to fight back. 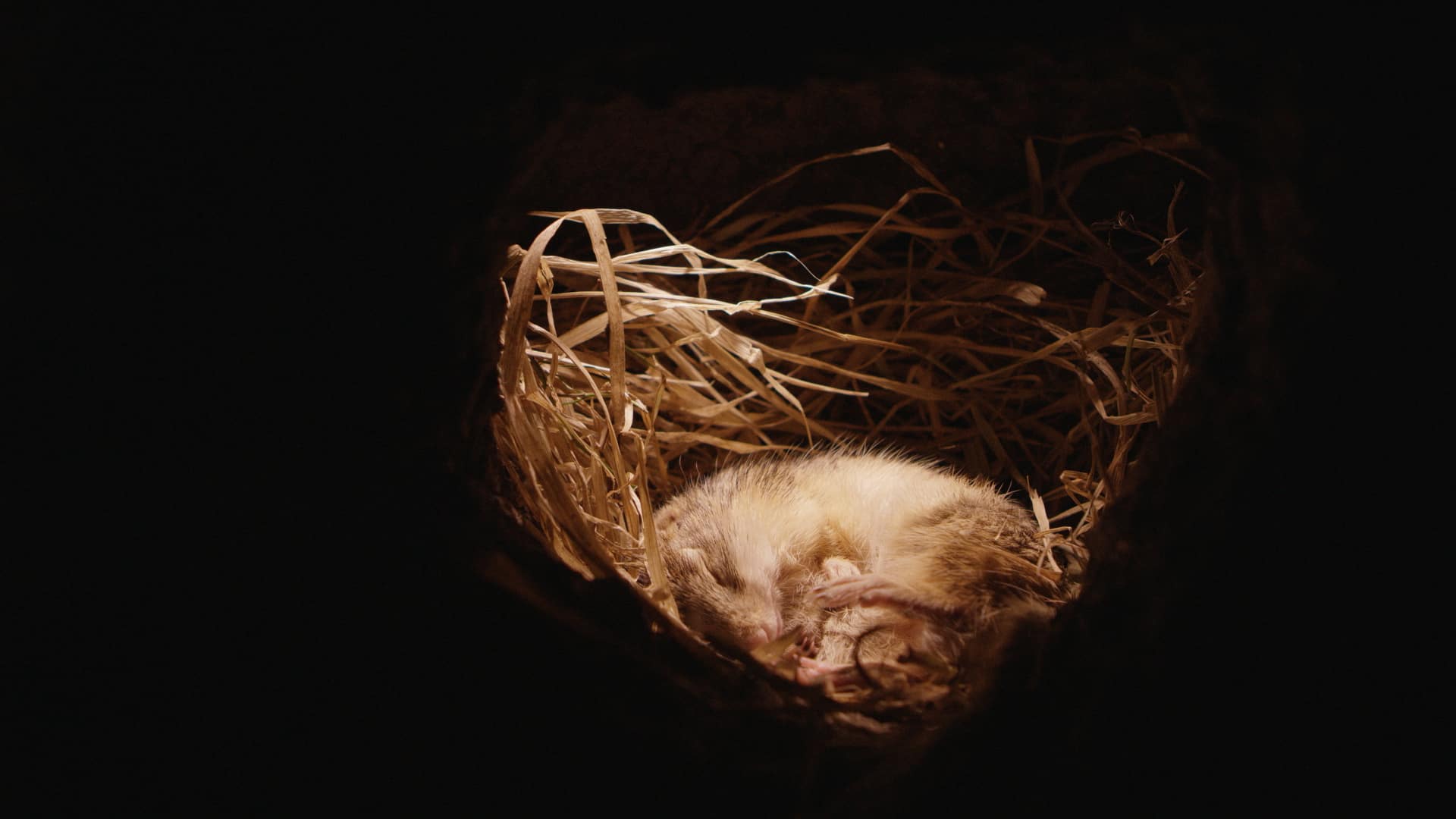 The red squirrel is an age-old time enemy of the white spruce tree.

The trees work together to upset the squirrels' food supply. In some years, the spruce trees will coordinate to produce only a few cones each, in an attempt reduce their numbers. “Somehow, every single white spruce in the forest decides at the same time to starve them out,” says Nature of Things host David Suzuki.

In others — called 'mast' years — they produce a bumper crop to overwhelm the squirrels. This food strategy ensures some of their seeds survive by producing far more cones than the local population of squirrels could ever hope to eat or ‘squirrel away’.

Just because a forest stops at the lake edge doesn’t mean that its influence ends there. A study conducted in Sudbury, Ontario, showed that a healthy forest helps create a thriving lake.

As leaves and other tree litter fall from the trees, they make their way into the lake.  There, they are broken down by microbes, their nutrients entering the food chain through zooplankton, which are eventually eaten by fish.

MORE
What Trees Talk About
The World’s Biggest Forest Is In Our Own Backyard - And We Need To Protect It
Boreal Forests Store Carbon, But Maybe Not For Much Longer

Scientists John Gunn and Andrew Tanentzap studied two ends of the same lake, one where the forest was thriving, and one where few trees grew.  They found that the most of the body of the fish on the bountiful side were made of nutrients from the trees — up to 70%. The fish here were up to four times larger than the fish on the other side.

Trees can alter the weather

Even in the boreal forest, summer gets hot.  Trees can't move but they have figured out a way to create their own air conditioning. Atmospheric physicist Joel Thorton went to Finland to study Scots pine trees.  They release chemical compounds called terpenes, which float into the air in large quantities. We recognize these terpenes as that ‘fresh cut pine’ scent, but their effects are much more influential than a scented breeze.

As the molecules float up towards the sky, they collect other molecules like ozone on the way.  Once big enough, water vapour condenses on these particles, and clouds are born.  “Trees create the weather they want - and the clouds they seed can influence the weather across the entire northern hemisphere,” says Nature of Things host David Suzuki.

For more watch What Trees Talk About on The Nature of Things.