It’s midsummer on the eastern slope of the Rockies. We’re halfway up a rise next to our campsite, traffic whining on the highway below on its way to Crowsnest Pass a couple of miles west, where higher mountains erupt from the plains. We’ve come here for the flowers. Five adults and a small child — all prairie-dwellers, all happy to be out of the car and moving through knee-high grasses.

Blossoms of yarrow, bergamot, gaillardia and lupine float amid the grasses, spangling the hillsides with white, fuchsia, gold and blue. Almost all of these grasses and flowers occur farther east on patches of native prairie scattered across the plains, but here they grow much higher and in breathtaking profusion. On this western rim of the great dish that holds grassland to the heart of the continent, the mix of altitude, climate and soil is just right to bring prairie flowers to a last hurrah before the alpine world takes over. 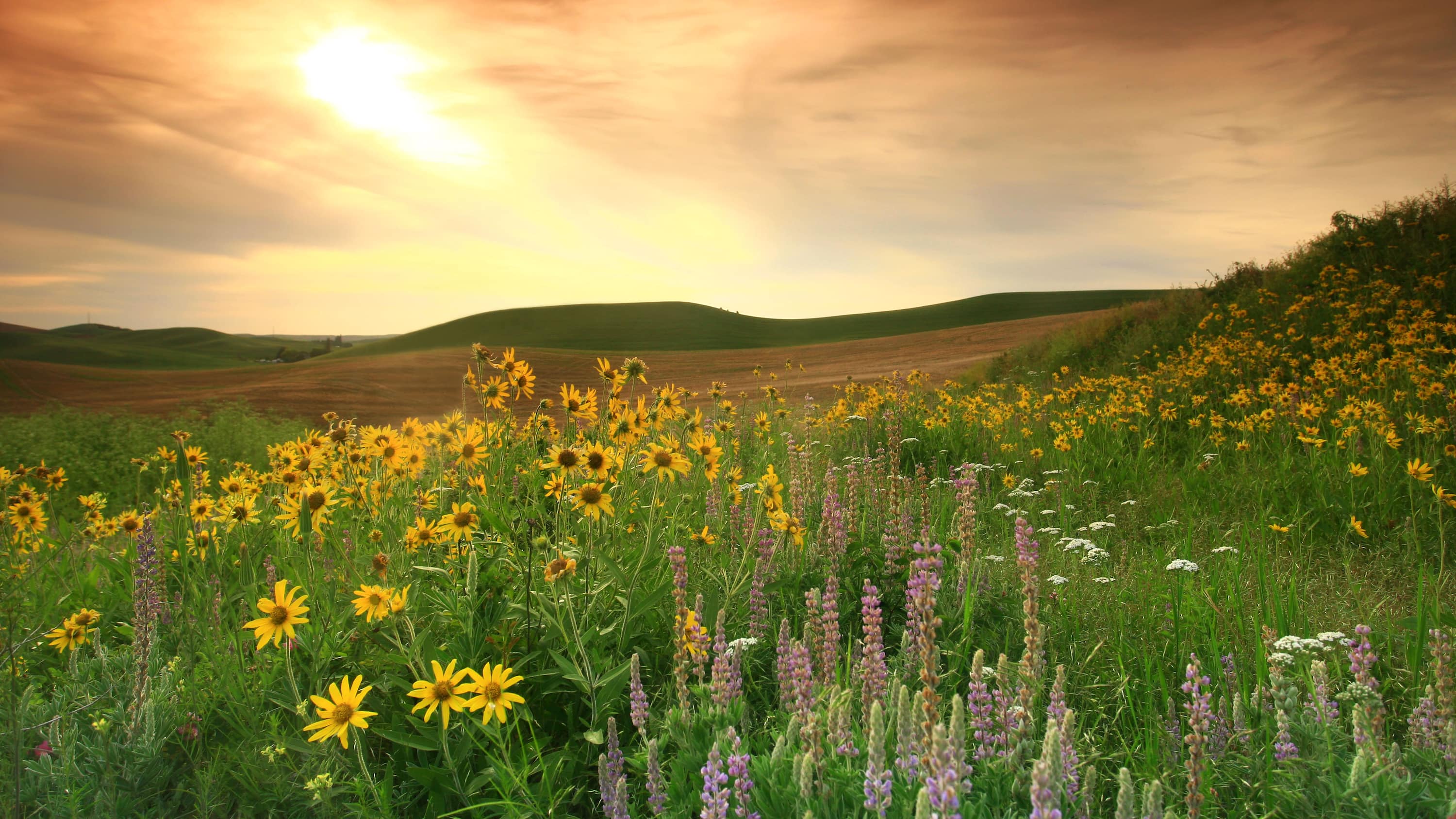 Standing there with pine-covered mountains behind me, I looked eastward from that swell of land. The wind carried my thoughts downhill to the plains we had just driven through, to the odysseys of prairie creatures in a thousand places struggling to birth, feed and protect their offspring against tremendous odds.

Where clouds sail over miles of grass, the original life of the prairie endures: a set of swift fox kits wrestle at the mouth of their den, fledged longspurs take their first flights, a greater sage-grouse hen and her young hunt for grasshoppers, a mother grizzly and her twins dig up ground squirrels. Somewhere out there, too, there are bison herds — some managed by private ranchers, NGOs or national parks and others, farther south, by the Blackfoot Confederacy’s Iinnii Initiative. Elsewhere, tamer livestock, Angus and Hereford cattle, provide the grazing, dung and hoof impacts necessary to keep the northern grasslands healthy and diverse.

WATCH: A grizzly bear family emerges from their den on the prairies.

The full interplay between human cultures and natural communities on the last large remnants of native prairie on the northern Great Plains is the subject of Grasslands: A Hidden Wilderness, a new documentary from The Nature of Things. But as the documentary unfolds, it becomes clear that all of this life — from bacteria enriching the soils underfoot to songbirds voicing the skies overhead — is at risk.

Canada’s prairie and its inhabitants are at risk

Prairie species persist on small islands of grass that are being steadily eroded at the edges by the same global and colonial forces that cleared the plains of the bison, and bison hunting cultures, only a few generations ago. Then, as now, short-term economic gain backed by government policy provides all the incentive anyone needs to drop a plow into prairie as old and irreplaceable as any old-growth forest.

Some generous and out-of-date estimates say that Canada has roughly 25 per cent of its native grassland remaining, the rest of it lost to row-crop agriculture, though urban sprawl is responsible for a small portion of the damage, too. Those who would like to resist any restrictions on plowing will insist that no one plows much prairie anymore, but the data shows otherwise: it’s been reported that from 1990 to 2015, Saskatchewan alone lost more than 3.3 million acres (about 1,335,462 hectares) of native grassland. In the U.S., The Nature Conservancy estimates that over the past two and a half decades the nation has lost 25 million acres of grassland. 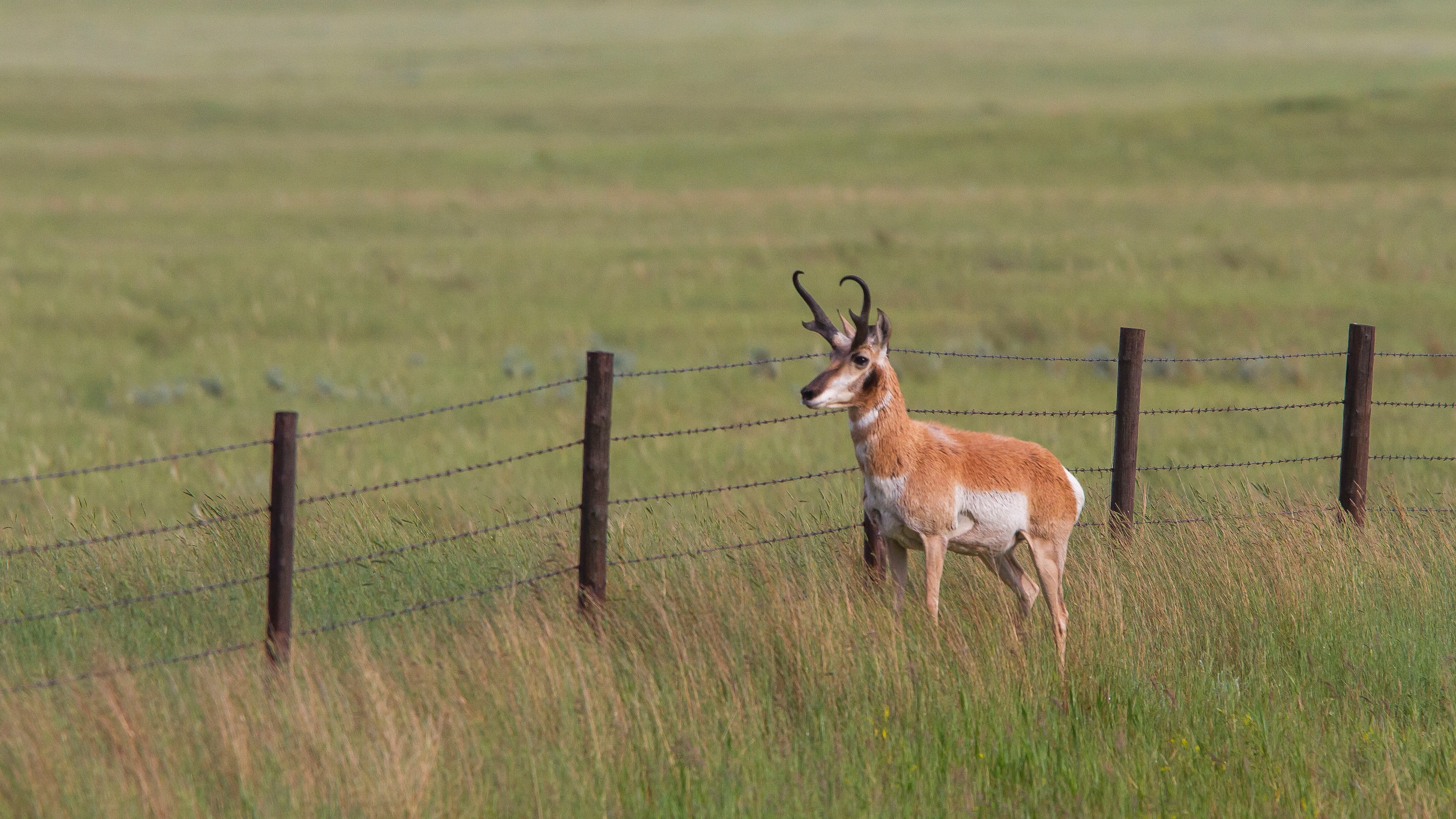 This summer, conservation groups in Saskatchewan learned that a communal farm near Grassland National Park purchased and then plowed land containing more than 3,800 hectares of grassland. The right machinery and a few days work can destroy ecosystems that took millennia to grow. Hidden subsidies and perverse incentives favour crop production over cattle grazing on all but the hilliest of landscapes and the poorest of soils.

Canada is failing to protect its grasslands

While Canada has, in recent years, taken important steps to protect 12 per cent of its boreal forests, the nation’s grasslands have seen protection stripped away over the same period, with the closure of the federal Community Pastures Program, which, until 2012, protected 920,000 hectares of land.

Today, according to Nature Canada, less than one per cent of the native prairie in Saskatchewan and Alberta enjoys any official protection. It’s little wonder that the International Union for the Conservation of Nature declared temperate grasslands to be the least protected and most endangered ecosystems on the planet.

If we fail to grant grassland places the same value we assign to alpine, coastal or forested landscapes, it’s partly because we assume it is as easy to restore as it is to destroy. In fact, the complex plant and soil biota communities in old-growth prairie are among the most difficult natural habitats to restore. Once prairie is plowed, whether it’s seeded to tame hay or left to re-vegetate, the land quickly becomes colonized by a few dominant European grasses in a simplified ecosystem unsuitable for all but the most adaptive prairie wildlife species.

Some restoration projects in the mixed-grass prairie zone are now showing promise after years of labour and great expense, but they’re very small, and none replicate the full matrix of plant and animal life on original prairie sites.

MORE:
Ferrets, foxes and the fringed orchid: Species that suffer when grasslands are threatened
How to be good neighbours with grizzly bears

What can we do to protect our grasslands?

Protection of our remaining prairie is first and last the highest priority. We can all help by purchasing beef and bison meat that comes from native grassland, where many livestock producers manage the grass in ways that optimize biodiversity and carbon sequestration. The more we lose sustainable ranching on native prairie, the more those lands become vulnerable to market forces driving further habitat destruction and carbon release.

With that in mind, we need to encourage our provincial, state and federal governments to work with farmers and ranchers to stop the plow down, and retain and grant full protection to all publicly owned grasslands.

Trevor Herriot is a Canadian naturalist, writer and bird expert.  He appears in Grasslands: A Hidden Wilderness, a documentary from The Nature of Things, and is the author of several books including Islands of Grass.