Book Excerpt: In the Footsteps of Abraham Ulrikab

Read an excerpt from France Rivet's book, one of the saddest stories in Canadian history. 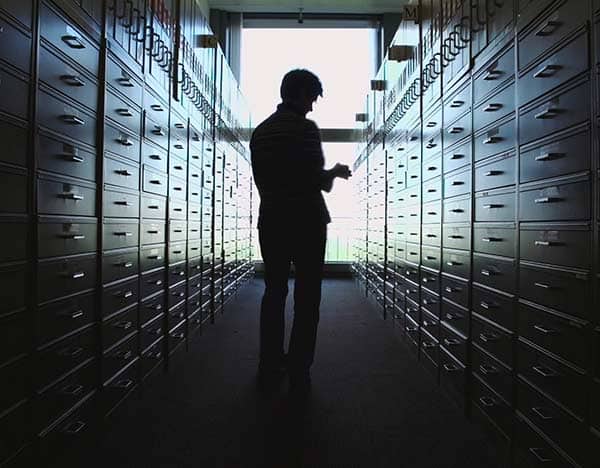 Author France Rivet took it upon herself to get to the bottom of Abraham's story.

On December 29, doctors noticed that young Sara showed symptoms of smallpox. Her admission to the hospital was most urgent. Despite her parents’ dismay, Sara was admitted to the hospital that evening.

The collection was packed and in the evening, everything was loaded (at the train station). Today the physicians diagnosed that little Sara is suffering from smallpox, and a transfer to the hospital is absolutely necessary, which was achieved the same evening – I first had a hard fight with the parents, who did not want to part from their child. Had to seek help from Schoepf. Eventually, Abraham let himself be persuaded to hand over the child to the hospital; he followed her there himself, prayed with the child and parted in tears. Mrs. Jacobsen stays with the child as a nurse. (J. A. Jacobsen’s diary, December
29, 1880)

WEB EXCLUSIVE: Learn more about Johan Adrian Jacobsen, a 27-year-old Norwegian who took Abraham and his family to Europe to be exhibited

The general practitioner Jacobi immediately informed the Crefeld burgomaster’s office on the situation. He wrote: "The child Sara Paulus, daughter of Abraham Paulus, Labrador Eskimo who resides in the zoo in Crefeld is sick with smallpox. This disease with fatal consequences resulted in the zoo being officially closed for a few days. At 8 o’clock in the morning of December 30, the group headed to Crefeld’s train station. The train departed sixty minutes later.

I was almost surprised at the calm shown by the Eskimos. We travelled via Aachen, Erquelinnes, Namur and Saint-Quentin. At the French border, the coaches were filled to the brim with soldiers on leave. We sat so tightly packed like herrings in a barrel. (J. A. Jacobsen’s diary, December 30,
1880)

Arrived finally at Paris at 5 o’clock in the morning. I must admit, it was the most tiring journey I ever did on a train […] At 11 o’clock, Mr. Schoepf received a telegram from Hagenbeck which announced the death of little Sara. I must admit that it had a devastating effect on all of us. In the first moment I was totally at a loss because one thing had now become certain: smallpox was among the unfortunate Eskimos, and it became clear to me at last that the two others had also died of smallpox ― only that they did not break in a rash ― the more dangerous. The final hour of the old year was also to end in a bad news. It was a sad year for me. May the new one be better, but the prospects are truly not very promising. The first thing we will do tomorrow is to have the people be vaccinated, because none of them were vaccinated in their old homeland, because there are no physicians there. Thus ended the old year.

On margin: Upon arrival in Hamburg, none of us had thought of having the people vaccinated. In 1877, I had the Greenlanders vaccinated in Greenland, but this time, it was forgotten. It probably had to do with my being sickly all summer, as reported before, and that upon our arrival in Hamburg, I had to go to the hospital myself. (J. A. Jacobsen’s diary, December 31, 1880) 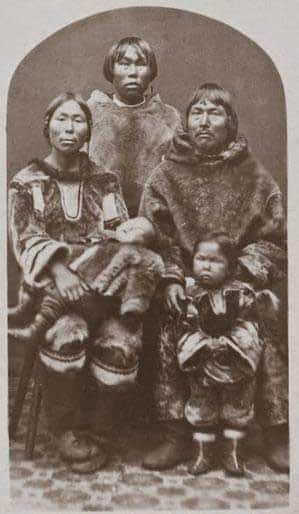 In his diary, Abraham recounts the death of Paingu and Sara as follows:

[…] in another country, in Krefeld, her mother also died, greatly suffering as well. After her, also little Sara stopped living, peacefully, with a great rash and swellings, because she was swollen all over. After two days of being sick, she died in Krefeld. While she was still alive, she was brought to hospital, where I went with her. She still had her mind, while I was there. She still prayed the song Ich bin ein kleines kindelein (I am a little child, you see). When I wanted to leave, she sent her greetings to her mother and little sister. When I left her, she slept; from then on, she did not wake up anymore. For this we both had reason to be thankful. While she was still alive we went to Paris and travelled the whole day and the whole night through.

Purchase In The Footsteps of Abraham Ulrikab: The Events of 1880-1881 online.