Phobias, or irrational fears, can be difficult to handle — if not downright debilitating. But in BE AFRAID: The Science of Fear, a documentary from The Nature of Things, we meet a researcher from the Netherlands who is testing a method that may be able to cure phobias after a single treatment session.

Phobias are a type of anxiety disorder characterized by a persistent, intense and irrational fear of an object, activity or situation. Some phobias are thought to be rooted in past traumatic experiences, while others may be inherited or learned from family members.

According to the Canadian Psychological Association, phobias occur in more than one in 10 Canadians. There are three major categories of phobias: agoraphobia (the fear of public places), social anxiety disorder (formerly known as social phobia), and simple or specific phobias. Specific phobias are centred around a particular animal, person, environment or situation. 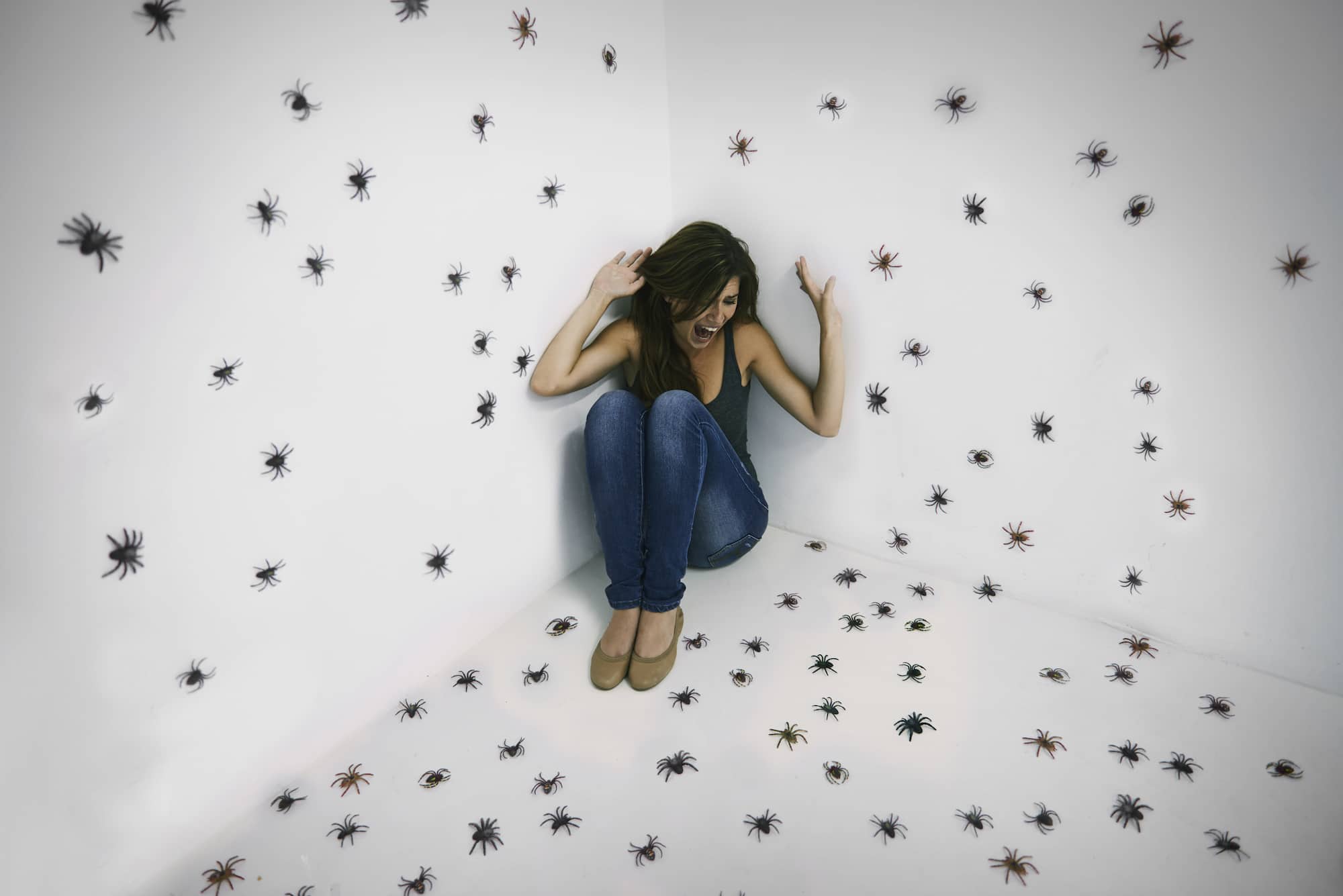 For some, phobias can be paralyzing and debilitating.

For some, dealing with their phobia is as easy as avoiding its stimulus. But while it might be easy to avoid snakes if you have ophidiophobia, other phobias can be much harder to sidestep, like a fear of leaving your home. For these phobias, treatment tends to involve drug treatment and psychotherapies like cognitive behavioural therapy (CBT), where patients may be gradually exposed to the object of their phobia and taught ways to cope.

But these therapies aren’t effective for everyone. “The exposure therapy would seem to work at times, but then suddenly I’d relapse,” says John, a past research participant of clinical psychologist Merel Kindt. “Once the relapse happened, I would be back where I started and would have to begin the therapy all over again.”

Kindt is also a professor and researcher with the University of Amsterdam, and she’s developed what she calls the Memrec Method for phobia sufferers like John. This method is based on a premise from McGill University researcher Karim Nader: that our brains re-save memories and that these memories are malleable.

In BE AFRAID: The Science of Fear, Kindt explains how her method works. “First [we] trigger the fear memory by exposing people to a situation or stimulus that they fear,” she says. Kindt then adds something new to the experience, such as challenging a patient afraid of heights not close his or her eyes. “This is a signal to the brain to update the memory,” she says. “The memory trace is temporarily in a destabilized state.”

Usually, that fear memory would be re-saved in the brain overnight as the patient sleeps. But Kindt has found that if the patient takes a single dose of a beta-blocker called propranolol after the memory is triggered, it disrupts the re-saving process.

Propranolol was originally developed to treat angina, but it has since been used to treat many health conditions including tremors, cardiac arrhythmias and — since it lowers heart rate and blood pressure — anxiety.

If the treatment is successful, the memory is altered as the patient sleeps and a strong fear response will no longer be triggered. The treatment appears to be effective at treating a range of specific phobias that can be directly confronted (more abstract fears, such as the fear of death, can’t be treated through this method). 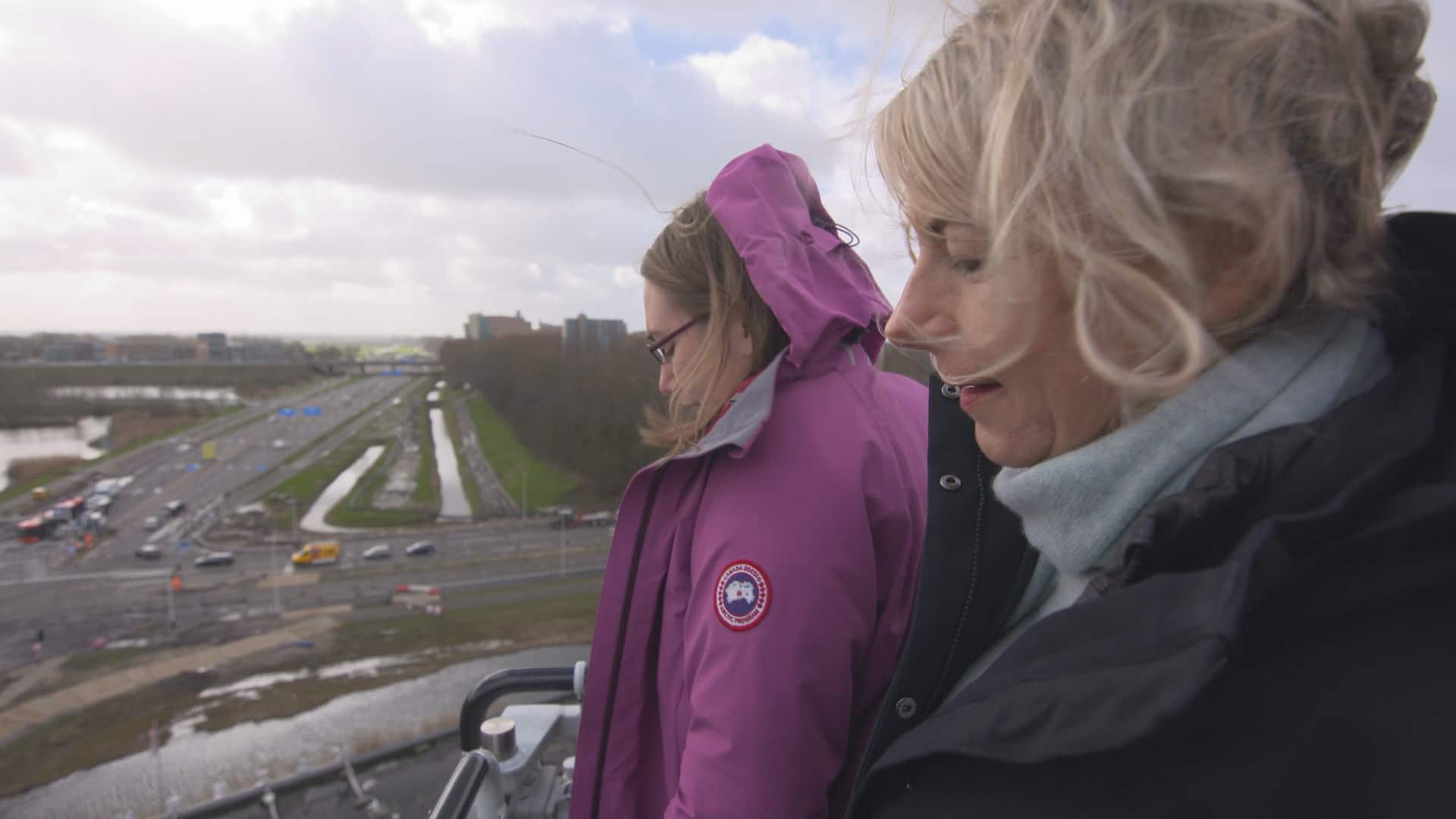 Kindt’s clinic says that 80 per cent of patients that have tried the Memrec Method had their phobia cured after only one session. None of the patients have reported any relapses to Kindt, although, because the method is so new, she says she doesn’t have the data to say whether or not relapse may be possible after longer periods of time.

When it does work, the treatment can result in a dramatic change. “We often hear from patients that it is only after the treatment that they realize how much the fear used to limit them,” says Kindt.

Take Eva Holland, a Canadian journalist who reached out to Kindt Clinics for her upcoming book Nerve: A Personal Journey Through the Science of Fear. When she was offered the chance to try the treatment to address her fear of exposed heights, Holland jumped at the opportunity.

To treat Holland’s phobia, Kindt first had her climb inside a basket mounted on a ladder of a fire truck and then lifted it up to its fullest height, triggering her fear response. “It was horrible. It was completely, full-body terrifying,” Holland recalls. Kindt discouraged her from looking away.

Back on the ground, Holland took the propranolol pill and let it work through her sleep cycle. When she ascended in the basket the next day, she was no longer terrified. In fact, after trying the Memrec Method, she was able to go ziplining on a trip to Utah.

MORE:
The science of the scare: Designing the perfect haunted house

Holland is mindful of the fact that the method isn’t designed to treat all fears. “The cure is only meant to cure irrational fears, not necessary fears,” she says, but adds that it can be hard to tell the difference between the two at times. “It’s been kind of a process of re-learning when my fear is appropriate and when it’s not. I definitely have felt a reduction in the irrational panic, I think.”

The Memrec Method is still being studied, with future clinical trials on the horizon, but it could mean hope for phobia sufferers everywhere. Having said that, because of the nature of triggering a fear memory, the Memrec Method should only be done under the supervision of a trained professional.

Watch BE AFRAID: The Science of Fear on The Nature of Things.