Wolverine: Ghost of the Northern Forest

The wolverine is a creature of myth and misunderstanding. Filmmaker Andrew Manske sets out with his camera to uncover the truth about them. NOW STREAMING ON CBC GEM
Available on CBC Gem 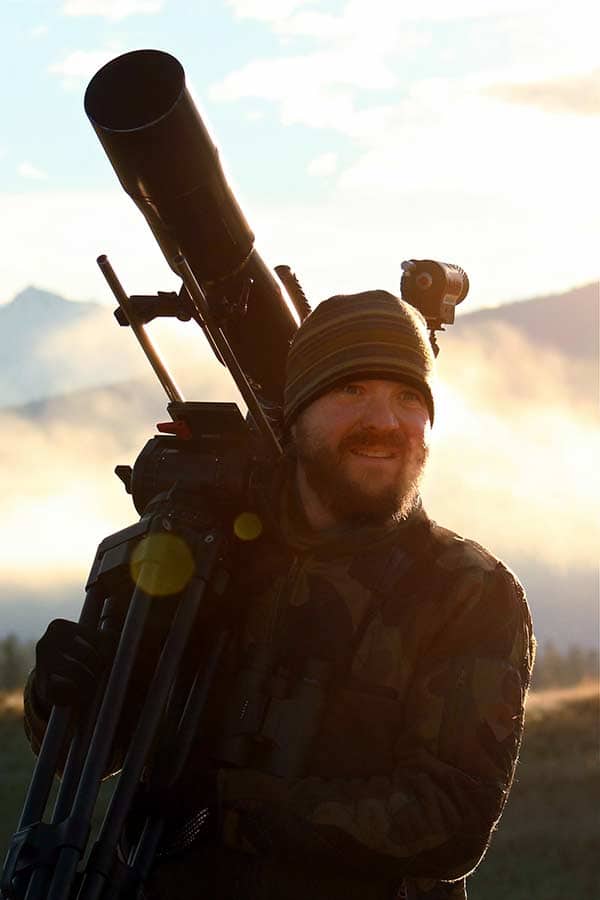 Wolverine: Ghost of the Northern Forest recounts the fascinating story of Canadian wildlife filmmaker Andrew Manske’s relentless, five-year quest to find and film one of the most legendary and elusive creatures on the planet.

The wolverine is a small animal with a big reputation. It might weigh less than 20 kilograms, but this intrepid member of the weasel family has been known to back down marauding bears and wolves in defense of its young or its food. Armed with fearsome claws and canines, a bite force stronger than any other carnivore on earth and a reputation for fearlessness, the wolverine, whose Latin name Gulo gulo literally means glutton, is not the kind of animal any other animal, humans included, really wants to mess with.

But nasty reputation aside, the reality is we really don’t know much about the secretive world and life of the wolverine.  Living in remote areas of the boreal forest, it is rarely ever seen. After two decades of filming most of the other major predators of the north, award-winning cinematographer Andrew Manske takes up the ultimate challenge of his career when he set out to make a film about this animal.

Share facts about wolverines from CBC.ca/kids with your children.

Manske’s interest is initially piqued by seeing some remote, motion-activated trail camera footage of wolverines scampering around near a trap-line in northwestern Alberta.  As he tells us early in his film, he is hooked and determined to go out and directly capture footage of them himself.  He has heard that wolverines like to hunt beaver so he sets up a blind near a beaver lodge and waits. It takes some days but he eventually records a few shots of a lone wolverine. Unfortunately, it is after dusk and the quality of his footage is poor. But trail camera footage from the same location reveals that there are other wolverines here too – they are just waiting until after dark to come out. Manske realizes he has been outsmarted! The trail cameras reveal something else. Wolverines, long thought of a solitary wanderers, are in fact quite social, hanging around the beaver lodge in small groups.

SCENE FROM THE FILM: Trail cameras reveal a forest alive with wolverines — at night.

Seeking insights into wolverine behavior that might aid his efforts to film them, Manske meets researchers with The Wolverine Project. Led by biologists Dr. Mark Boyce and Matt Scrafford from the University of Alberta, it is the most wide-ranging study of wolverine ecology ever undertaken in North America. Boyce, a veteran wilderness scientist, is in awe of this animal.  “Wolverines live in the most remote places that you can find on the planet,” he says. “In the heart of the Rocky Mountains in some of the most rugged terrain imaginable, wolverines seem to be able to move through that country and make a living at it.” A wolverine carries her young kit,
the first time this scene has been captured in the wild.
PHOTO: Mike Jokinen, Alberta Conservation Association

Manske records the research team using beaver bait to lure wolverines onto an apparatus that snags bits of their fur for DNA analysis and snaps photos of their undersides for purposes of identification. He also gets an important confirmation of his observation that wolverines are not always loners, seeing film evidence of an adult female and her two sub-adult offspring travelling together.

With his new understanding that wolverines scavenge as well as hunt, Manske sets up a new blind overlooking the site where a young moose has recently been killed by wolves. Once again, the wolverines avoid him by day, waiting for the cover of darkness to come out. But Manske remains patient. Eventually, after he has spent many cold days and nights in his tiny blind, even going as far as peeing in bottles to avoid giving away his scent, the wolverines decide Manske is not a threat to them and come out to feed on the moose carcass in broad daylight.  “At first I don’t quite trust my eyes,” he tells us when it happens. “But then, there it is - a wolverine. I’m so excited that my hands are shaking.”

Manske discovers that among the wolverines feeding near his blind is the same family group, mother and two sub-adult offspring, identified at the researchers’ bait stations. He names them – mother Bandit, daughter White-Tips and son Shaggy – and they are soon favorites.  “White-Tips might be a glutton but she’s beautiful. You can see by the look in her face and in her eyes that she’s a young wolverine.  To me, she’s really cute looking…but intense always pausing to stop and listen,” he says.

SCENE FROM THE FILM: A first glimpse at Bandit.

Rejoining lead researcher Matt Scrafford and his team again, Manske documents the live capture and GPS collaring of wolverines, whose movements around the forest following their release are then tracked by satellite. This ultimately gives Manske the opportunity to film dramatic scenes of life and death in the world of the wolverine –  the poignant discovery of a young wolverine lost to a pack of wolves, and finally of a mother and her newborn kits denning inside a beaver lodge.

Featuring stunning images and sounds captured in a beautiful and remote wilderness landscape, Wolverine: Ghost of the Northern Forest offers viewers an unforgettable glimpse into the life of one of nature’s most compelling animals.