Visit Addiction: The Next Step a hub for parents and partners battling addiction.

Find a free Interactive Guide and learn a new way of talking with your loved one about substance use disorder.

Filmmaker Maureen Palmer set out to make a documentary following her partner Mike Pond — a psychotherapist and an alcoholic five years sober — as he searched for the best new evidence-based addiction treatments. The intent was to help others battling substance use disorders

But to the couple’s shock and dismay, shortly after filming began, Mike drank again. In Wasted, Mike and Maureen’s attitudes and assumptions about addiction are tested in real time as the couple search for a treatment that will work for Mike.  A theoretical journey becomes very real and deeply personal.

There is urgency to their quest. Mike had already suffered one life-threatening trip to rock bottom; he likely wouldn’t survive another. In his past life, Mike spent two decades as a successful therapist in Penticton, BC, helping others battle addiction. Then he succumbed to one himself. Mike lost his practice, his home and his family to alcoholism, ending up homeless on Vancouver’s notorious Downtown Eastside. For two years before he got clean, Pond bounced between the streets and rundown recovery homes. The only treatment offered him: Alcoholics Anonymous.

But Mike was never successful at working the program. And he’s not alone. In fact, AA does not work for the majority who try it, leaving many to feel like failures. Remarkably, most medical doctors still believe it’s the only effective treatment for addiction, insisting their patients attend meetings while they ignore — or remain ignorant of — therapies proven to help addicts and their families.

In their documentary, Wasted, Mike and Maureen discover a revolution in addiction research and treatment. They reveal tantalizing clues to what causes addiction and focus on compassionate evidence-based treatments that pick up where AA leaves off. 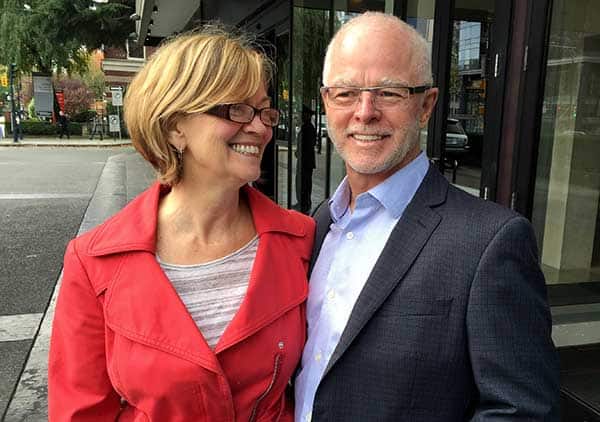 “I’d have two water bottles: one with Gatorade and one with Gatorade and vodka.” At Stanford University Mike met Dr. Rob Malenka, one of the scientists credited with discovering how alcohol and drugs hijack our brain’s reward circuitry. He explained why, even when mountain-biking, Mike’s brain had to have booze.

“I can relate to those rats.” Mike travels to the University of Cambridge to visit Dr. Bianca Jupp and her specially bred population of incredibly impulsive rats. Dr. Jupp determined impulsive rats are way more likely to compulsively use and abuse alcohol and drugs. She reveals how that relates to humans.

“The brain doesn’t lie.” At the Medical University of South Carolina, Mike undergoes alcohol cue testing. Strapped in an MRI, Mike is shown a series of pictures of both alcohol drinks and non-alcohol drinks. He rates how much each image creates a craving: mild, moderate or severe. Mike says he didn’t feel much of a craving at all. His brain scans suggest otherwise.

“Just that constant restless edginess and it’s a craving.” After a motorcycle accident lands Mike in the Emergency Department, he is suddenly overcome with feelings of shame. During his trip to rock bottom, Mike estimates he visited hospital ERs 31 times, where he received lots of humiliation and very little care. Memories flood back and so do the cravings. Mike drinks again. AA hadn’t worked for Mike in the past so Mike and Maureen know they have to try something else. As the cameras roll, Mike begins one of these new evidence-based treatments, not yet available in Canada. It doesn’t work for everyone. Will it work for Mike?

AA's own 2014 survey suggests that 27% of patients are sober after one year of treatment.

A 2005 article estimated the natural rate of recovery at 24.4% — people who just stopped drinking.

Research shows that addiction is approximately 60% inherited and 40% environment.

People with a substance abuse problem are three times more likely to have a mental illness.

Between one and 10% of Canadians receive evidence-based treatment.

Mike’s relapse becomes a disturbing filming opportunity as the documentary’s challenge to our culture’s notion of “sober” is now also deeply personal. For 80 years, we’ve accepted the standard set by Alcoholics Anonymous: success=total abstinence. So when someone like Mike drinks again after a long period of abstaining, they feel crushing defeat.

Dr. Bill Miller, Professor Emeritus at the University of New Mexico and one the world’s foremost addiction experts, argues for a radical shift in our thinking: “I did one study combining huge data sets to see what are the outcomes of alcoholism treatment in America. And about one in four people stayed abstinent for a year after treatment. That’s 25 per cent. So let’s take them out of the picture and look at the other 75 per cent who have drunk during the year. Their alcohol consumption is down by 87 per cent.

"Now for any other chronic condition, a 25 per cent complete remission and an 87 per cent reduction in symptoms for everybody else would be astonishingly successful. We really disadvantage ourselves by saying you’re a failure if you have even a single recurrence of what was the reason why you were admitted in the first place.”

Listen to an interview with Maureen Palmer on The Current.

All experts in the film, including those who are big supporters of Alcoholics Anonymous, argue for a new definition of success in battling addiction, one based on social and emotional wellbeing; one that accepts that addiction is a chronic illness and the severely addicted are very ill. Like anyone else who’s severely ill, the addicted are deserving of compassionate, evidence-based treatment.

Six years ago, Mike could not have imagined a relapse — never mind letting it play out in public. Mike’s gripping odyssey makes a powerful case for an expanded tool kit to treat our number one public health care problem.

Additional digital content related to this topic, can be found at Addiction: The Next Step, produced with financing from the Telus Fund.

produced with the participation of
Canadian Media Fund

produced with the participation of the
Rogers Documentary Fund

produced with the participation of the
Telus Fund


for the CBC
director of production
Alexandra Lane