The hidden, wild world of insect life in our homes is revealed when a family lets a team of bug experts explore their home. NOW STREAMING ON CBC GEM
Available on CBC Gem

Within the quiet confines of your home, wild things are afoot. The great struggle to survive, the drama of life and death, the cold calculation of the hunter and the anxiety of the hunted — it goes on all around you. In the Great Indoors, every corner is a potential lair, every carpet a dense forest, and the wide spaces of your kitchen, an open savannah where the food is abundant, but so is the danger. 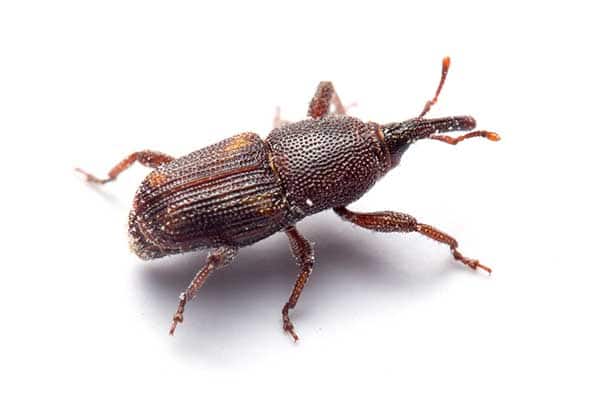 The weevil, one of the 100 plus insects that lives in your home.

Welcome to the indoor biome: a world of insects and arachnids as rich, as surprising and as beautiful as any other ecosystem. No matter how clean or tidy it may be, your home teems with wild life.

MORE:
Meet Your Houseguests: There's a Community of Insects Living in Your Home
Insects that Live in Our Homes

A number of creatures fly in and get trapped; others may enter to dine and dash, but some will be found nowhere else but safe and sound at home in your home. So when you trap that house spider and decide to set it free outside, you may in fact be dooming it to death in a world it's never known.

SCENE FROM THE FILM: There's fly vomit all over your house, sorry to say.

''The wild space of our homes is really unknown terrain. We know a lot about the pests like cockroaches and bedbugs, but we know very little about all the other creatures we live with, which are the vast majority. Your house is the next great frontier to explore." – Michelle Trautwein, California Academy of Sciences 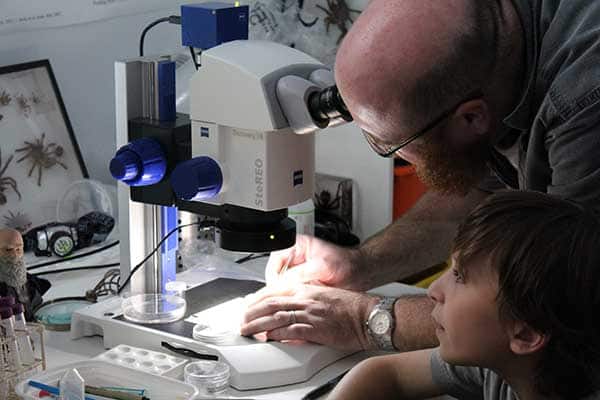 The team set up a lab to examine the bugs found in the west Toronto home.

Led by Michelle Trautwein, a team of young entomologists based in California and North Carolina are doing a curious kind of fieldwork: entering homes on every continent to do an inventory of the mini-fauna they find. And now for the first time, their global bug hunt is coming to Canada, where they are joined by spider expert Maydianne Andrade of the University of Toronto, and fly-guy Morgan Jackson, from the University of Guelph.

Together, they will explore every crack and crevice of the Vettese family house in Toronto, seeking to reveal the mysteries of the “indoor biome”. Who knows what they'll find lurking under the sink, behind the stove, in the corner or in the couch. But whatever they find is sure to fascinate you — or creep you out.

MORE:
The German Cockroach: Why We'll Never Be Rid of It
How to Suck Up a Beetle on Camera

THE GREAT WILD INDOORS is a wildlife documentary that never goes outside, written and directed by Roberto Verdecchia, and produced by 52 Media. It’s a fascinating and humorous trip that will change the way you look at your life at home. Or rather, the life at home you share along with so many other amazing, little critters.