Think you know David Suzuki? Think again. On his 80th birthday we reveal the man behind the image NOW STREAMING ON CBC GEM
Available on CBC Gem

After more than 50 years in the public eye, you may think you’ve seen David Suzuki in just about every way possible: almost naked, confronting industry, arguing with government, jumping out of planes, skateboarding down the street, and even buried up to his neck in a bog. No wonder we all think we know who he is. But in this deeply personal show, you’ll meet a David Suzuki you haven't seen before.

HAPPY BIRTHDAY to David Suzuki! Send your wishes and comments to use using #SuzukiAt80. Here's where to see them online. 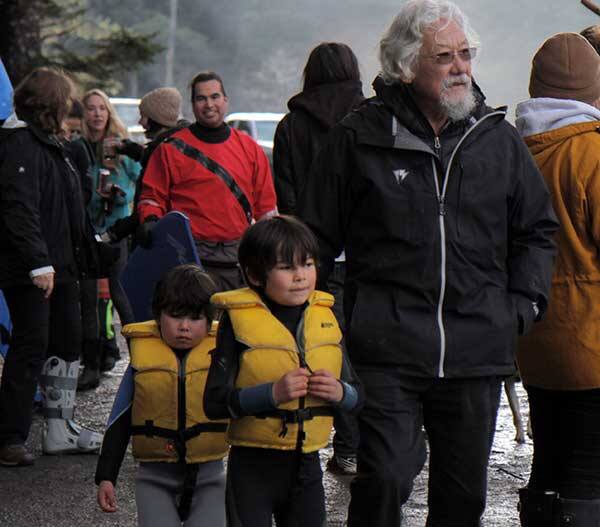 David goes surfing with his grandchildren in Haida Gwaii

From Toronto to Haida Gwaii and back home in Vancouver we get the backstage view, accompanying David to the studio, or with the family for some mid-winter surfing in the Pacific ocean, or at home with his wife Tara. In each of these situations David reflects candidly about the life lessons he’s learned. Most importantly, we get the scoop from friends and family about the real David Suzuki.

At home in Vancouver David and Tara spend time with their daughter Sarika, her husband Chris, and their youngest grandchild Ryo. With charming candor Sarika shares her impressions of her father and even lets us in on what she sees, as his most annoying characteristic.

David's daughter Severn lives in Haida Gawii with her husband Judson, and their two young sons. We join them in exploring the beach and the creatures that live there. We also spend some time with them at home; preparing a meal, working and playing with the kids. Severn gives us the inside view of her dad as an educator, a loving but challenging father, and of course a doting grandfather.

SCENE FROM THE FILM: David learns an important life lesson from his dad.

While better known to the public, they aren’t David’s only children. There are three others from his earlier marriage and we hear from all of them.

His oldest daughter, Tamiko recalls “a normal dad” with high expectations. She is also the mother of David’s first two grandchildren Tamo and Midori. Both of them were raised to love the outdoors. Tamo went on to become a professional snowboarder. Both have followed their famous grandfather and are committed environmental activists. 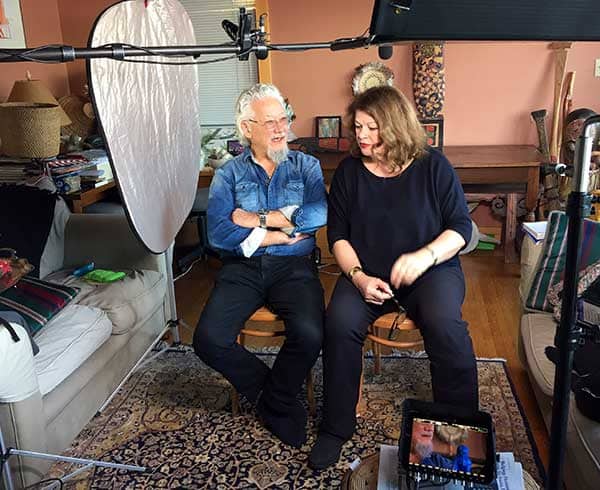 David Suzuki with his wife, Tara

David’s only son, Troy, reflects on how childhood memories of inspired him to move to the Yukon where the landscape reminds him of the BC of his youth. It's a passion for which he credits David. But it wasn't the sciences that called to him. Instead he turned to nature as an artist and craftsperson.

David's third child Laura is an accomplished artist and designer, as is her husband Peter. David visits them at their home in Toronto to catch up and spend some time with his grandson Jonathan. When Jonathan was diagnosed with cerebral palsy at 6 months old, David worried about the challenges that lay ahead for all three of them. For David it’s an emotional story of the good that people are capable of, and which, in the end, challenges other aspects of his world-view. He recognizes that Jonathan has flourished, in no small measure, with help from digital technologies. These are technologies which David often criticizes and distrusts as distractions from the real world of nature and other people.

We hear how thankful he is to work with The Nature of Things which allows him the opportunities to learn about and embrace other cultures and world views. In the late 70's he went to Haida Gwaii to interview people about protests against the clear cutting of  forests. It was the first time he met Haida people and his experience there changed his life. On a trip to Haida Gwaii we meet some of David's closest friends and hear why this place and it’s people are so important.

Who doesn't love bloopers? Celebrate #SuzukiAt80 with us Thursday on The Nature of Things. https://www.cbc.ca/natureofthings/episodes/suzuki80

When it comes to friends John Lucchesi holds a special place. He is an eminent scientist, a fellow geneticist and David’s close friend for over 50 years. Listening in on one on their conversations reveals the bonds that still exist between two bright, competitive, young men who ended up following two different paths. Thanks to Lucchesi we get a glimpse of David before he was a celebrity or an activist. David with his grandson Tamo at a demonstration Photo: Mychaylo Prystupa

David shares with, us not only his reflections on life after 80 years, but also what he truly values and what he fears. This candid glimpse of what underlies his well known environmental activism allows us to begin to understand why he’s committed his life to a battle he’s far from certain can be won.

Whether it’s watching his wife Tara, or children recording their interviews with David on their phones, a Skype call from Japan with a grandson, or long-lost never before seen home movies, we get a unique look at this Canadian icon. SUZUKI@80 provides personal access to a David Suzuki who we discover is more than a national icon. We see the husband, father and grandfather; a man filled with joy and love, who laughs easily — especially at himself.

The Nature of Things with David Suzuki