Sonic Magic: The Wonder and Science of Sound

Though our world is full of sound, we only notice the noise. Sound can thrill, delight, warn, and scare us. But there's much more to the story. Sound can cure the sick and make the blind see. Yes, it really can. Oh, and change the taste of food too. Sonic Magic indeed. NOW STREAMING ON CBC GEM
Available on CBC Gem

Sound surrounds us. Whether it's sound we choose to hear, like the music we play in our headphones, or sound we'd rather do without, like the noise of the city, we live in a sonic world that we seldom think twice about.

But sound can cure the sick and make the blind see. It can even change the taste of food.

Sound is affecting us, and the world we inhabit, in many fascinating and surprising ways. Sonic Magic: The Wonder and Science of Sound reveals the historic power, promise, and potential of sound - and a strange phenomenon called cymatics that has created a new scientific mystery.

Filmed in Canada, Italy, England, Australia, and the US, Sonic Magic takes us behind the scenes in cutting-edge hospitals and research labs where sound is eliminating cancer tumours without surgery, stopping neurological disorders, and may even reverse the effects of Alzheimer's Disease.

The documentary will introduce us to the fields of acoustic ecology and acoustic engineering, showing us how sound shaped our history, and is being shaped to improve communication and enhance our public spaces. 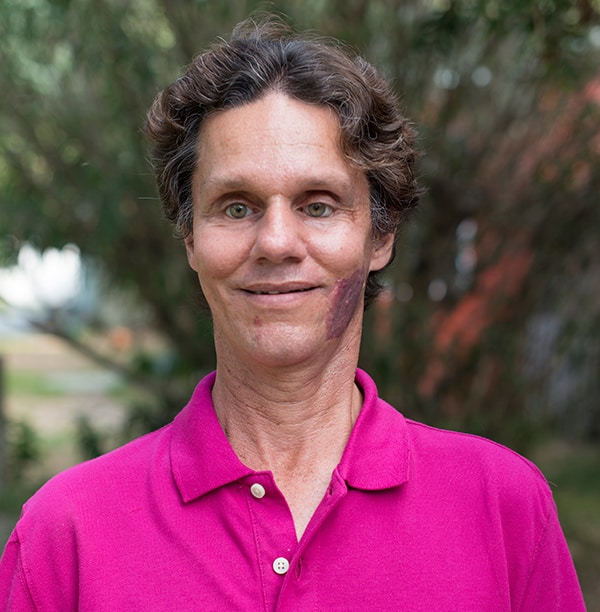 We will meet real bats, who use sound to see, and the real bat man - Daniel Kish, blind since 13 months of age - who "sees" the world in exactly the same way bats do. He doesn't fly — but he does ride a bicycle, and can draw accurate pictures of what he sees with sound. What Kish does by instinct, he is teaching to others, pioneering a new way for the blind to navigate the world.

Sonic Magic also looks at the other side of sound - the hearing damage caused by noise and aging. A medical trial at the University of South Florida is testing a new drug that may help improve hearing loss - the first time a drug designed for this purpose has been approved for a human trial

Sound affects matter in surprising ways - a mystery that has recently deepened with the phenomenon of cymatics, and the invention of the cymascope. When sound is introduced to a metal plate, it makes beautiful geometric patterns that change with the frequency and complexity of the sound. But the cymascope takes this one step further. When sound is sent to a small reservoir of water, the patterns become three-dimensional, and far more complex. These patterns mimic the shapes of primitive biological organisms. The cymascope's co-inventor,  John Stuart Reid, believes this is just the beginning of a new science.

Sound is the sense that never sleeps. The brain listens even while you dream, and can differentiate between important and unimportant sounds. A mother can sleep through a rumbling train, but wake for the smallest cry of her child.

But that cry may not be heard if it is lost in the echoes of a badly designed space. Sonic Magic introduces us to acoustic engineers, and shows how building design can be manipulated to enhance music and speech. It's not just a matter of pleasure; in public spaces, emergency announcements can be garbled to the point of being unintelligible. What might have been a life-saving message can be missed.

In Boston's famed Symphony Hall, a building widely recognized as one of the world's best-sounding concert halls, we learn about the mathematical equation that launched the modern art of acoustic design. At Canada's Bell Performing Arts Centre, we see its modern counterpart, and meet the acoustic engineers who made the theatre sing.

From the film: An opera singer harmonizes with himself at the Baptistry of St. John

Sound has the capacity to charm,  the power to annoy, and the ability to change history. In Florence and Venice, we see how sound shaped civilization. The bells of the churches and Town Halls competed for power, acting as town crier, clock, messenger, and call to arms. These bells were the Twitter of their day, and controlling them meant controlling the behaviour of everyone who could hear them.

But in the modern world, sounds that used to reach thousands are now confined by noise to a few blocks, and the historical sounds of cities are being lost. Sonic Magic introduces us to acoustic ecologists who are trying to save and preserve soundscapes, and soundmarks in the same way that landmarks are protected.

The future of sound even looks like magic. Sound waves from a bank of speakers can levitate solid objects. By focusing sound from opposite directions, researchers have created what are known as standing waves that can actually suspend objects in mid-air. Floating 3D graphics, microgravity and drug research are some of the possible applications.

So the sound we can't hear - ultrasound - is curing disease, and the sound we can hear shaped our history; creates harmony in the structures we build; helps us navigate the natural world; and creates fascinating geometry that may hold the key to other mysteries.

design and animation
The Sequence Group

The Nature of Things
with David Suzuki
produced by
Canadian Broadcasting Corporation
cbc.ca/natureofthings