Most people experience trauma at least once. For many, the memories fade with time. But for some, they make it impossible to move beyond trauma. NOW STREAMING ON CBC GEM
Available on CBC Gem

From Hollywood blockbusters to front-page stories, the image of the tormented veteran unable to transition from war zone to home front is everywhere.

But the focus on the military’s struggle with Post-Traumatic Stress Disorder (PTSD) obscures a simple reality: PTSD hits more civilians than soldiers, and more women than men. And it manifests with a dizzying range of symptoms, from flashbacks, nightmares and aggression to depression, numbness and avoidance. 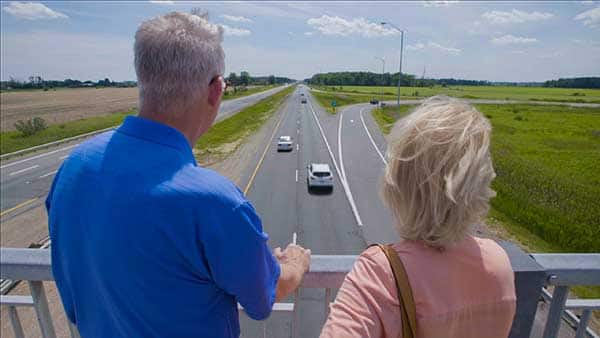 Take Stan Fisher and Ute Lawrence, who survived one of the deadliest multi-car accident in Canadian history. They were driving on a stretch of the 401 highway known as Carnage Alley, east of Windsor. In total, 87 vehicles were involved in crash. Eight people were killed.

Ute and Stan walked away from the horrific scene with a few scratches, but scars surfaced in other ways. And while they had both undergone the same traumatic event, the symptoms of PTSD they displayed were markedly different.

Dr. Ruth Lanius at Western University in London Ontario, noticed their brain scans looked different too. She and other researchers have since developed a sophisticated understanding of what goes on in the key areas of the brain to produce the varied symptoms of PTSD.

Scientists are also interested in how those parts of the brain interact. In a study of Canadian soldiers with PTSD, Dr. Margot Taylor and Dr. Ben Dunkley at Toronto’s Hospital for Sick Children have observed such consistent patterns of over-active communication between key areas that they believe they’ve found a biomarker for the psychiatric disorder.

MORE:
Watch Lost on Arrival: Me, the Mounties & PTSD
PTSD: Self Care Tips for Victims and Their Family

There are dozens of treatment options for people with PTSD. Many appear to work for some people, some of the time.

But at Massachusetts General Hospital, a team of surgeons, neuroscientists and engineers has embarked on a DARPA-funded project funded they hope will treat PTSD in patients for whom other treatments have failed. They’re cutting to the core of the matter, and building a brain implant.

SCENE FROM THE FILM: Dr. Alain Brunet tested his treatment for trauma after the Paris attacks in November 2015.

Dr. Alain Brunet, from Montreal’s McGill University, has a much cheaper, faster treatment to propose. For over a decade, he’s used propranolol, a beta-blocking drug, to decrease patients’ emotional response to fearful memories.

Now, he’s brought the treatment to Paris, where the November 2105 terror attacks killed more than 130 people. More than 5,000 people — from survivors to first responders — were exposed to the violence.

Patients who have completed the treatment have been able to shake the invasive memories, and are no longer paralyzed by sleeplessness and suicidal thoughts.

MORE:
PTSD: Canada Has the Highest Rate and Other Surprising Things
My Father Was In a Horrific Accident and Suffered from PTSD

But when so many people experience sudden loss, near-death, violence, and abuse, why are only some haunted by PTSD while others are more resilient? 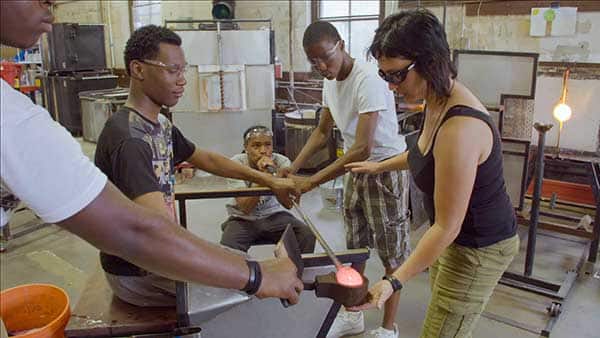 One answer seems to lie in the type of traumatic event and the age at which one experiences it. Lauren McKeon was raped at 16. Now a writer, she describes how the experience and intrusive PTSD symptoms transformed her, and made her more vulnerable to being raped again.

The problem is even more intractable in a context where the violence doesn’t stop. Psychologist Brad Stolbach works with children and teens affected by gun violence in Chicago. But it’s not the only stressor they have to contend with: poverty, drug addiction, inadequate schools and mental health care all play a roll. For them, it’s a matter not just of healing symptoms but fixing a system.

MORE:
Listen to an interview with director Patrick Reed on Metro Morning

PTSD: Beyond Trauma explores a timely subject situated at the intersection of science and human interest, with life-and-death stakes. It takes viewers to the frontlines of scientific exploration, following researchers and people living with PTSD as they look for answers. Promising new discoveries raise key questions about the faultlines of fear and memory, and the roles geography and early development all may play in predicting personal responses to trauma.

Produced with the participation of Rogers Documentary Fund

Produced with the participation of