More than half of Canadian households own a pet — keeping them healthy has grown into a billion dollar industry. What lengths will people go for their furry friends? NOW STREAMING ON CBC GEM
Available on CBC Gem

More than half of Canadian households own a pet. That translates as almost six million dogs and eight million cats. In the US, dog and cat ownership has quadrupled since the mid-sixties – more homes have cats and dogs than have children.

The health and welfare of all these animals is a billion dollar industry. No wonder. There is almost no limit to the treatment available to our furry friends - MRIs, heart stents and even stem cell transplants are now standard. 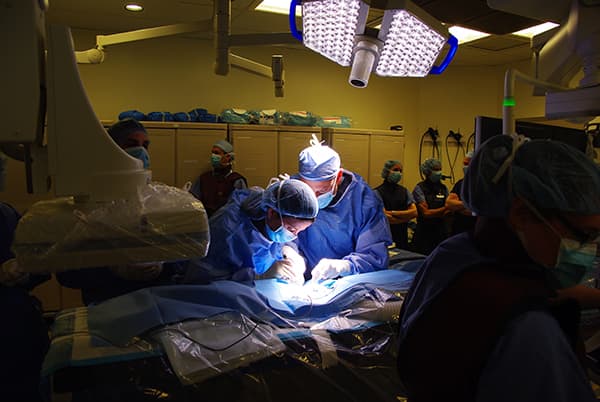 Pets, Vets and Debts takes the viewer inside the OR to witness cutting edge technology being used to treat pets – including two world’s firsts. In Ottawa, Dr. Julius Liptak uses a prosthesis to replace the jawbone of a twelve year old cat. In New York, Drs. Allyson Berent and Chick Weisse use stem cells from a donor cat to stabilize a cat’s kidney failure.

The documentary also shadows Dr. Michael Ethier as he deals with a variety of very sick animals in the Critical Care Unit of the Toronto Veterinary Emergency Hospital. With a staff of almost one hundred and state of the art medical equipment on site, this is a real hospital offering the same treatment you’d expect at a human hospital. Not surprisingly, medical bills can quickly go from the hundreds into the thousands.

SCENE FROM THE FILM: Dexter the duck gets a prosthetic foot.

There are some people who would argue, why spend so much money on pets – they are after all, animals – not people. Most pet owners would disagree. Many refer to themselves as “pet parents” and their pets as “fur babies”. How did cats and dogs – once confined to living outside – catapult to such high status? 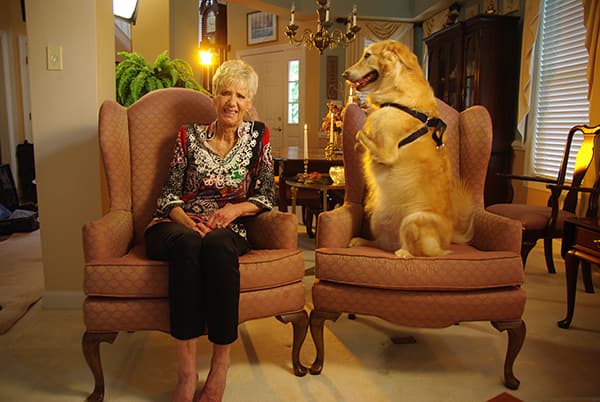 Science journalist David Grimm suggests that the rise in status of our pets may be due in part to the anti-social fallout from social media.

One thing is certain. People love their pets. In fact, according to a recent poll, if trapped on a desert island, more than fifty percent of Americans would rather live out their day with their dog or their cat than with a human companion.  That says it all.