Lions, elephants, and baboons: Three sisterhoods of the savannah, where the mothers rule, and the daughters inherit the wilderness. NOW STREAMING ON CBC GEM
Available on CBC Gem

We used to think the wilderness was ruled by males – the lion “king of beasts,” the mighty bull elephant, and the large imposing baboon male.

But this documentary journeys to the African savannahs to reveal a very different story.

Mommy Wildest is a compelling, intimate portrait of three animal families where it’s the females that rule and mother who knows best. We enter the lives of fierce lion sisters, majestic elephant grandmothers, and regal baboon mothers who form sisterhoods to raise their families. 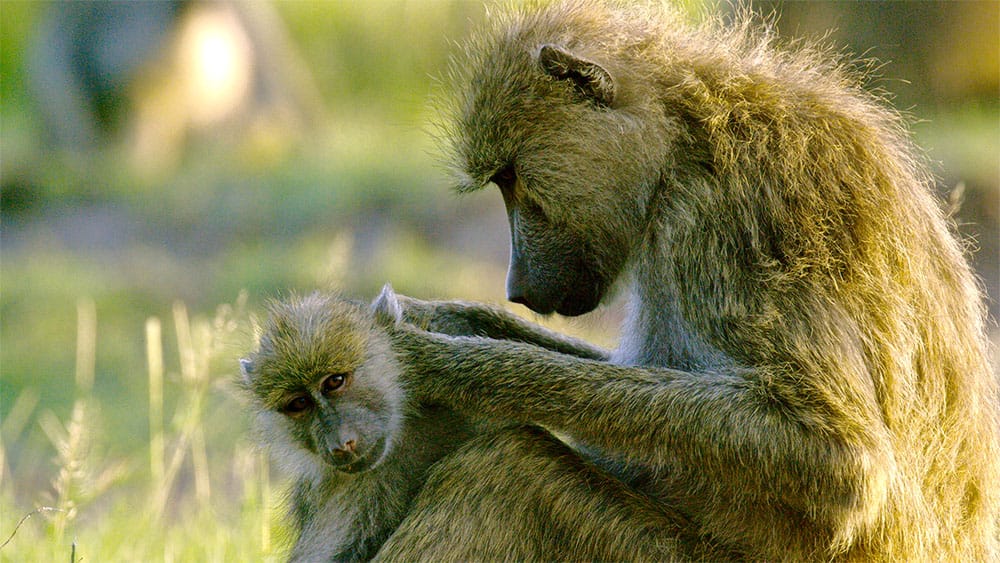 Lions, elephants, and baboons are matriarchies that are female-centric in different ways, for different reasons.

Lion mothers form ‘daycare centres’ to nurse their young and sisters band together to hunt for their families. It’s not the male who’s the bread-winner — it’s the female. Elephants are led by the eldest female who knows all the watering holes and strategies for survival. Her age and memory of how to survive the long dry season is key in a climate plagued by drought. Baboons have a female royal family where, surprisingly, it’s the youngest female who ascends to the throne.

FROM THE FILM: Meet a royal family of baboons.

Mommy Wildest is an intimate story – the ”days of our lives” of these families, with individual characters whose challenges we follow: the Ol Dikidiki pride of lionesses raising their 11 cubs; Donatella, the elephant grandmother who leads her family to safety from gunshots shielding them from danger, and bay Rijeka, the baboon princess surrounded by her sisters.

Mommy Wildest also follows the leading scientists in their field who’ve been asking: Why did these three societies evolve into matriarchies?  What can humans learn from them?

Dr. Craig Packer IS the lion king. He’s the foremost lion expert in the world and has been studying lions for more than 40 years. In this film, he travels to Maasai Mara to visit one of the richest concentrations of lions left in the world, and to meet the Ol Dikidiki pride. It was Dr. Packer who determined why lionesses bond together in sisterhoods –it’s to defend against roving males who would kill their cubs and take over the pride. By working together, the sisters can defend against the much stronger male.

Dr. George Wittemyer is a world leader in elephant study. His work on orphaned elephants who were robbed of their mother through poaching is ground-breaking. It’s changed how we understand the complex and nuanced world of elephant societies.

Drs. Jeanne Altmann, Susan Alberts, and Elizabeth Archie lead the Amboseli Baboon Research Project which is one of the longest-running primate studies in the world. Their work on mother-infant relations has changed the way we see primates. 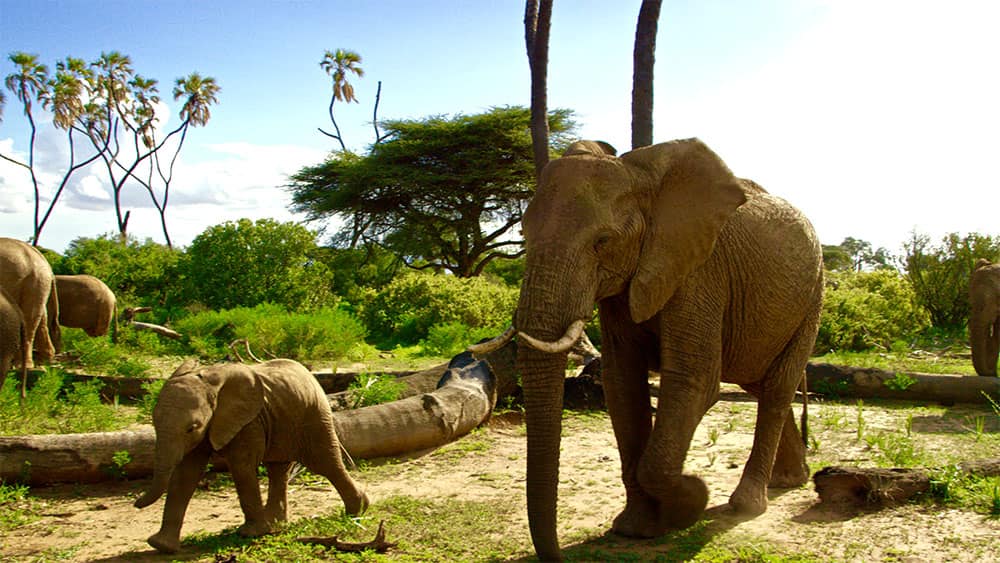 Filmed in Kenya, the documentary features spectacular cinematography and dramatic moments as it transports us into the heart of three families where the females shape the society...all in different ways.

An egalitarian sisterhood of lions who defends and hands down their territory to their daughters.

A congress of elephant grandmothers who pass down critical wisdom to their daughters for the sake of everyone's survival.

And a strict aristocracy of baboons that maintains order in a harsh landscape.

MORE:
A Wise Granny Is The Key To A Happy Family
The ‘Lion King’: Does He Really Deserve The Title?

Three sisterhoods of the savannah, where the mothers rule, and the daughters inherit the wilderness.

Produced with the participation of Canadian Media Fund

Produced with the participation of Rogers Documentary Fund

The Nature of Things
with David Suzuki
Produced by
Canadian Broadcasting Corporation
cbc.ca/natureofthings