For generations, we've tried to preserve wilderness, and the amazing creatures that live there. But what if we could make new wilderness? Even new wild creatures? What if we could bring back the wild of the ancient past? A radical new movement called Rewilding aims to do just that. NOW STREAMING ON CBC GEM
Available on CBC Gem

For generations, we've tried to preserve wilderness, and the amazing creatures that live there. But what if we could make new wilderness? Even new wild creatures? What if we could bring back the wild of the ancient past? A radical new movement called Rewilding aims to do just that. 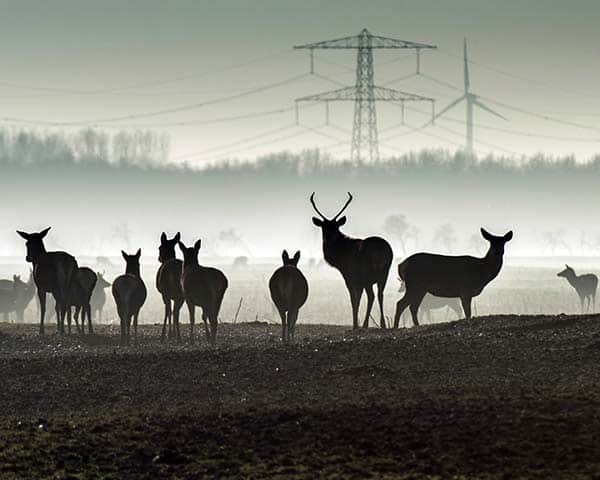 Just outside the bustling city of Amsterdam lies a new wilderness – the Oostvaardersplassen – where thousands of wild horses, cattle and deer roam free. On the Earth's largest artificial island, the Dutch have manufactured a new Serengeti. In terms of rewilding, it's been a spectacular success. Many birds that were very rare in the Netherlands have now returned. Most impressive has been the return of the white-tailed eagle – an animal not seen in the country since the Middle Ages. But when many animals died during a particularly harsh winter, the Dutch demanded something be done. And yet, if this refuge is really a wild space, should people intervene? Or should Nature be left to run its course? Rewilding has a way of bringing to the fore these tricky questions around our relationship to the wild.

From the film: Wildlife return to the Oostvaardersplassen in the Netherlands

Over in Britain, rewilding radical George Monbiot is on a personal mission to reset his entire country's vision of the wild. For many Britons, the moors are where you go to experience the "English wild". And yet for Monbiot, the moors are in fact a “sheepwrecked ecological disaster” with nothing wild or natural about them. And so when the National Trust embarks on a grand 50-year plan to restore the moors to their past glory, who decides what that past glory is? Here and elsewhere, the definition of wilderness is subject to wildly different interpretations.

In Canada, we still have a sense that our country is full of wild. But who exactly is our wilderness for – is it for people to explore and enjoy, or for the wild itself? Jasper National Park stretches out over 11,000 square kilometres, and is a fully protected nature area. And yet Jasper's few herds of woodland caribou are disappearing, suffering from the effects of human impacts in the Park. When these human effects can be created by the actions of a single person enjoying the back-country, do we need to rethink our urge for experiencing the wild?

MORE
Top Spots: Rewilding Around the World
Rewilding Canada?
In Nature? Here's What Not to Do

As a movement, rewilding started in North America, when a group of ecologists suggested that if we want to restore balance to our environment, we need to think back not to how things were 100 or 200 years ago, but 12,000 years ago. At that time, our continent had a robust ecosystem complete with American lions, cheetahs, camels and giant sloths nearly two-storeys tall. With that 'megafauna' gone, these ecologists said that our natural world is a shadow of its true self. So they proposed "rewilding" the continent by bringing some of those ancient creatures back. 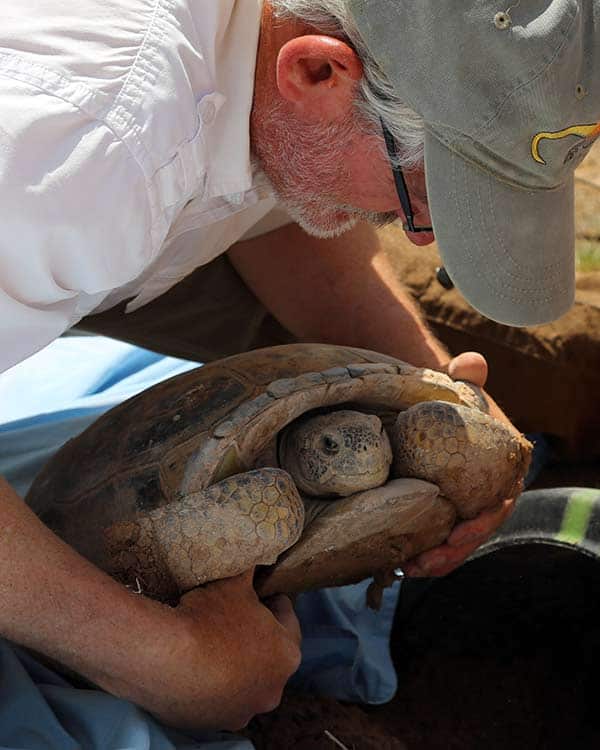 Lions and cheetahs were a tough sell. So to start, the endangered Bolson tortoise is being bred on a private ranch in New Mexico. In the future, the plan is to set it free to live where it did 12,000 years ago. In the desert, these tortoises play an important role by digging deep burrows that offer shade. New Bolson burrows could help boost the population of many other animals that use burrows, too – like armadillos and burrowing owls. But if it has been so long since the tortoise lived in the New Mexico desert, can it really still call it home?

When it comes to reintroducing animals, rewilders are even considering those that have gone extinct. In Europe, where large agricultural areas are being emptied by urban migration, a group of archaeo-zoologists have set out to recreate the Aurochs – the original wild bull. With selective “back-breeding” the scientists believe that they can make a new one, an Aurochs 2.0. In the future, the Tauros Project envisions herds of cattle roaming free, transforming the European countryside with their grazing. In partnership with a group called Rewilding Europe, they've already begun releasing some of their first animals. In Portugal's Faia Brava nature reserve, these wild cattle are one of the features used to attract tourists in the attempt to improve not only the local environment, but also the local economy.

At a time when wild spaces are fast disappearing, rewilders say they have an answer. But rewilding raises big questions about what we think is natural. And if we can make new wild spaces, are we really sure we want to live with more wild?

Written and directed by Roberto Verdecchia and produced by Reel Time Images, Manufacturing the Wild explores the bold attempts being made at "rewilding", the new movement pushing back against the tide of disappearing wilderness.