Invasion of the Brain Snatchers

Parasites brainwashing their hosts -- it sounds like something straight out of science fiction. But this is no horror movie, this is a fascinating, new field of study. From zombie ants to a creature that may be influencing whole human cultures, INVASION OF THE BRAIN SNATCHERS isn't afraid to dive in NOW STREAMING ON CBC GEM
Available on CBC Gem

We like to believe we’re in control. But if what we’re discovering about parasites is anything to go by, who is really in control is a lot more complicated, and a lot more interesting, than we ever imagined.

So let “The Nature of Things with David Suzuki” help you get over the ick factor, and explore the world of parasites.

Scientists have collected hundreds of examples of parasites that brainwash their hosts.  And now researchers are starting to untangle these parasites’ evolutionary tricks of the trade.

In the coastal estuaries of California, Professor Kevin Lafferty of the United States Geological Survey introduces us to a flatworm that lives in three hosts - a snail, a fish and a bird. This parasite’s influence is so profound that it tips the balance of the local ecosystem. Lafferty found that parasitized fish are 10 to 30 times more likely to be eaten by birds. 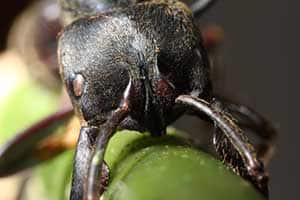 In the rainforest of Brazil, we hunt for the elusive zombie ant with Penn State entomologist David Hughes. These insects get brainwashed by a seemingly simple fungus and ordered to turn against their queen and colony.

And just wait until Professor Joanne Webster of London’s Imperial College reveals “feline fatal attraction”. That’s when toxoplasma gondii, a single-celled parasite, convinces a rat that it’s actually sexually attracted to the smell of cat urine. This makes the rodent easy pickings for its most dangerous predator. And all so the parasite gets to move into the cat, where it can reproduce and complete its lifecycle.

But guess what -- human adults can be infected by toxoplasma too.  And when the parasite is inside us it doesn’t know it’s not on board a rodent and it tries the same mind manipulating tricks.  Jaroslav Flegr of Prague’s Charles University has linked toxoplasma infections in humans with increased traffic accident rates and even personality changes. Kevin Lafferty also studies toxoplasma, and he thinks explains some of the differences between different human cultures.

Dalhousie University’s Dr. Shelley Adamo likes to call parasites nature’s neurobiologists.   And in a world where we could always use better treatments for mental disorders like depression, Dr. Adamao says perhaps mind controlling parasites can provide some answers for us.


produced with the participation of