Scientists, dreamers and billionaires are rushing to put humans on the red planet. Not just in the future, but now. Will Mars be our new home? The journey has begun. NOW STREAMING ON CBC GEM
Available on CBC Gem

The race to get to Mars is on, seizing the imagination of the world. Every month there seems to be a new revelation. 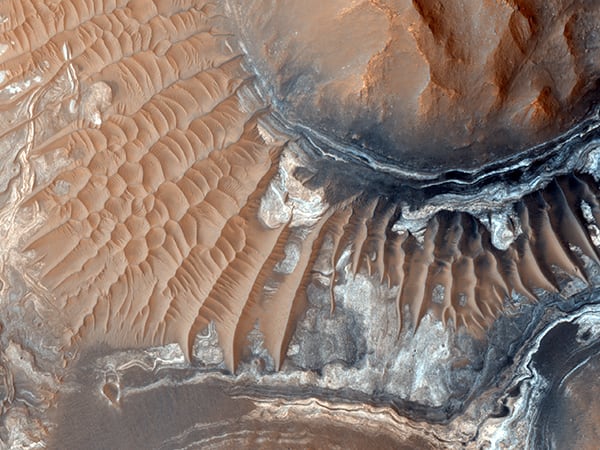 Mars today is a planet entirely populated by robots. They have names like Spirit, Opportunity and most famously, Curiosity, the rover that has revealed a hauntingly familiar landscape.

There are 13 satellites already orbiting Mars; India’s just arrived last year; a European Space Agency rocket is en route.In 2018 industrialist Elon Musk of SpaceX is sending his “Red Dragon” lander, and soon after, in 2020 Mars is going to get crowded: India’s second mission will arrive, China will land a rover, Europe will land another, and the United Arab Emirates will launch what they call “the first Muslim rocket to Mars”.

National space agencies and billionaires are competing to be the first to put humans not only in orbit but, soon after, to land. Now, President Obama has announced the US will have human explorers there in the mid -2030’s, “not just to visit but to stay.” But industrial titans like Elon Musk of SpaceX and Jeff Bezos of Amazon fame are aiming to arrive earlier. One man, Bas Lansdorp, of Mars One, set off a global competition to send the first humans to go and never return.

There are specialists lecturing on mining Mars, corporate property rights and space law. There are scientific papers and conferences discussing “terraforming” Mars – making it a second earth – our Noah’s Ark as a species. Astrophysicist Robert Zubrin of the Mars Society wants raise Mars’ temperature 10° in ten years by creating a greenhouse effect using large installations that will emit the same gasses that are overheating earth. Elon Musk recently suggested using thermonuclear bombs to melt Mars’ ice caps. To these billionaires and to NASA’s leaders it is our destiny to become a “space-faring species.”

MORE:
Mars: Like You've Never Seen it Before
Meet the Astropreneurs: 5 Companies That Hope to Conquer Mars
The Lure of Mars: Our Destiny or Our Delusion?

It’s striking how much is already being prepared for the human journey. This documentary takes us into high-security US space laboratories. We meet Erisa Hines while she is driving the Curiosity rover over 250 million kilometers away, Michael Hecht who is designing a giant oxygen manufacturing facility on Mars, MOXIE. It takes us to the Johnson Space Centre to see tests of the surface vehicle astronauts will use, and to the giant underwater training lab that simulates space.

It follows Canadian Barbara Sherwood Lollar two kilometres underground in a mine to find life forms in the oldest water on earth –over a billion years old—so we know what to look for on Mars. Victoria Hipkin of the Canadian Space Agency describes galactic collisions and the mystery of why Mars died. And we go to the Las Vegas facilities of real-estate billionaire Robert Bigelow, who is under NASA contract to design massive habitats for the Moon and Mars. He plans to rent space to countries and corporations like Disney.

Astrophysicist Stephen Hawking has declared it essential for humans to colonize Mars. “If our species is to survive the next hundred years, let alone a thousand,” he says,  “it is imperative we voyage out into the blackness of space to colonize new worlds across the cosmos.”

Then there are skeptics: The Washington Post’s space specialist Joel Achenbach says that behind the allure are large corporate, military and intelligence interests who want to assure American domination of space. “It’s a good story,” he says “we’re going to go  put people on Mars, but the money we spend on civilian space helps prop up this very powerful aerospace industry which has a huge significance to the country in terms of national security. They don’t just send up civilian rockets, they also send up military satellites. If you simply look at, telescopes in orbit around the earth, most of them look down, they don’t look out at the rest of the universe.”

Another skeptic, noted astronomer Lucianne Walkowicz, sees a dark side in the fantasy of Mars as “a fallback planet” for humanity, which allows us to hide from the fact that weare destroying earth. “I think the implication that we will gleefully leave this world and go inhabit Mars and that it will be just as good is a little like the captain of the Titanic telling you that the real fun is happening later on the lifeboats.”

Nevertheless, the race is really happening. Billions are being spent now. New generations rockets are being tested now.” How will we get there? How might we settle there? How would we try to transform Mars? Should we? Are we embarking on an epic expedition, or a grand delusion?

The journey has begun.

MORE:
Mars: Like You've Never Seen it Before
Meet the Astropreneurs: 5 Companies That Hope to Conquer Mars
The Lure of Mars: Our Destiny or Our Delusion?