The Facts About Cancer
- Cancer is responsible for 30% of all deaths in Canada.
- 2 out of 5 Canadians will develop cancer in their lifetimes.
- 1 in 4 will die from cancer.
- New Canadian cancer cases are expected to increase 40% over the next 15 years.

At age 33, Zuri Scrivens discovered she had breast cancer. She endured a mastectomy, radiation, chemo and hormone therapy. But within nine months, Zuri’s cancer was back — and had spread to her liver and lymph nodes. Her disease was now considered incurable, and she faced the very real prospect she’d never see her toddler grow up.

That was six years ago. Today, Zuri has no signs of cancer, not because of a miraculous new cancer drug, but thanks to a standard treatment for diabetes. Zuri Scrivens has become the poster child for a revolutionary approach to cracking cancer.

It’s called POG - Personalized OncoGenomics - and it’s the subject of the gripping new documentary. With exclusive and rare access, Cracking Cancer follows a group of patients, all with incurable cancer, through the highly experimental clinical trial at the BC Cancer Agency, a trial that holds the promise of personalized cancer diagnosis and treatment.

MORE:
Everything You Need to Know About POG
BC Doctor Pioneers New Approach to Cancer Treatment

The trial compares patients’ normal DNA – each cell’s complete set of instructions – with that of their tumours, to find the genetic mutations causing their cancer. That means sequencing a patient’s whole genome, including roughly 20,000 genes. Researchers sift through mountains of data for the point or points where things went haywire: a mutation or mutations. Then the hunt for an effective tool to tackle the cancer begins. 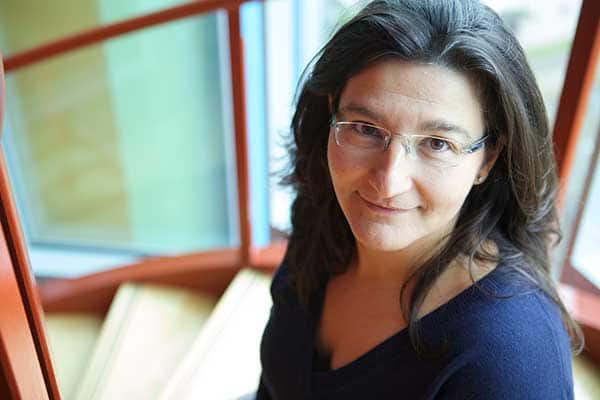 “We’re trying to find what’s driving that cancer,” says Dr. Janessa Laskin, who is co-founder of the trial.  “And then, can we identify a drug that will block the cancer driver in each patient?”  Zuri’s cancer driver was a mutation that caused a very high growth factor. The team painstakingly plowed through decades’ worth of scientific discovery, to isolate which drug in all of medicine, not just cancer, might block that growth factor. They zeroed in on a diabetes medication. Zuri received the drug, and continued standard hormone treatment. Within five months, her cancer became undetectable.

When POG launched in 2012, there were only 30 cancer patients in the trial. But initial results were so promising it has expanded to take in 750 patients to date. It’s aiming to enrol 5,000.

“The hope is the more patients you can bring into the program and test and compare the better. My outcome has shown that anything is possible,” says a grateful Zuri. Her breathtaking recovery illustrates a radical new way of treating cancer, not according to where it originates in the body, but rather as a disease of genetic mutations.

Dr. Marco Marra, one of the world’s leading genome scientists and co-founder of the trial, says, “What would you do with 100,000 fully characterized genomes where you knew how the cancers had behaved after being treated?  I think you would have a resource that might actually revolutionize how we develop drugs.”

MORE:
Filmmaker Blog: Witnessing Cancer Patients' Most Intimate Moments
Laura Has Stage 4 Cancer, But Is Still Hopeful
Listen to an interview with Dr. Janessa Laskin on The Current

Considering new Canadian cancer cases are expected to increase 40 per cent over the next fifteen years, millions of us stand to benefit from the knowledge gleaned through POG.  In the meantime thousands more will join the trial, all hoping for their own salvation, all helping science to crack the cancer code.