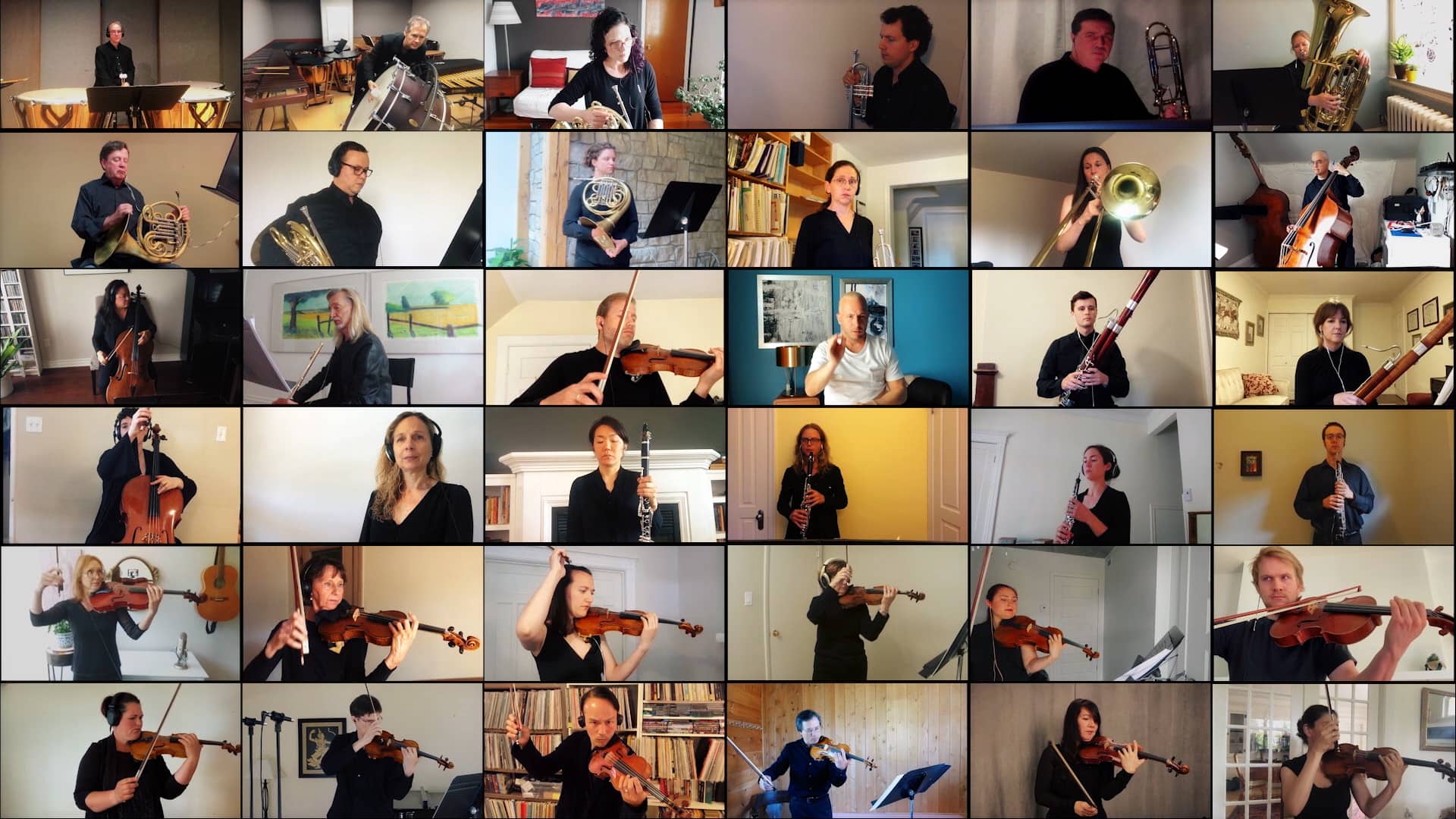 Under normal circumstances, an orchestra will give the world premiere of a symphonic work in a concert hall in front of a live audience. It's a special occasion for musicians and public alike, the result of months, even years, of planning and creative energy.

The world premiere of Vivian Fung's Prayer, which you can watch above, has come about under completely different circumstances.

"In March, when the COVID-19 pandemic put an end to public gatherings for the foreseeable future, I started thinking about how to keep Canadian orchestral musicians front and centre," reflects Denise Ball, executive producer of classical programming at CBC Music. "In collaboration with colleagues at the Toronto Symphony Orchestra, we came up with a plan to create a national 'virtual orchestra' playing a brand new piece that reflects what we're all going through."

After securing the participation of at least one musician from each of Canada's 28 professional orchestras, Ball reached out to Yannick Nézet-Séguin to see whether he'd agree to conduct the performance. "He thought it was a fabulous idea and immediately jumped onboard."

Fung, who's based in New York and has recently written music for Nézet-Séguin's Philadelphia Orchestra, agreed to compose the five-minute work within one month.

"In times of crisis and peril, we have but the reliance of faith," she says, "from the profound faith in humanity, faith in love, and faith that we will persevere and get through this with dignity, to the mundane faith that I would complete the piece within the extraordinary conditions that faced me, with a young child at home 24/7, a bronchial infection, and a very tight timeline (ultimately, a matter of days) to complete the piece in a manner feasible for COVID remote performance requirements."

That faith resulted in Prayer, based on a chant by Hildegard von Bingen. "Under no other circumstances ... have I worn my heart on my sleeve as transparently as I have with this piece," Fung reflects.

It's performed by 36 individuals in multiple locales — see the full roster, below — and united in a virtual performance that has been produced and edited by CBC Music's Francesco Guidoccio and Doug Doctor.

"Imagining the sounds and the people around me, conducting in front of a video camera, but imagining everyone in front of me — that was something very special," conductor Nézet-Séguin told CBC.

"And once orchestras are back in their halls, playing for live audiences, they're all invited to play this beautiful new work," adds Ball, "kind of like a collective musical hug and a testament to the experience Canadians have shared."