Which albums did you root for?

Which albums did you root for?

By now, the Polaris Music Prize gets more than 200 album recommendations from its jurors every year. It's a hefty list of music to comb through, which ultimately gets whittled down to 40 longlisted albums and then 10 shortlist contenders for the title of best Canadian album of the year.

Whether you're a juror or just a music fan following the prize each year, you're bound to have some strong opinions about the lists and even the winner. Albums you've rooted for have likely been left off of the nominations or narrowly lost the title.

As the years roll by, our memories cling most to the winners, the biggest standout performances at the gala or perhaps artists who have made multiple appearances on the short list. That leaves out a lot of other amazing acts and albums.

Ahead of this year's Polaris Music Prize gala, which takes place on Monday, Sept. 16, we wanted to take moment and look back at some of the albums we wanted to win. This is not to criticize the actual shortlisted acts or winners, but to simply highlight records that we fiercely loved and wanted to give more attention to.

What were the albums you rooted for in past years? Share with us @CBCMusic.

This year's Polaris gala will be livestreamed on CBCMusic.ca/polaris. For more information, go here.

Why it could've won: In Polaris' inaugural year, Metric's album Live it Out was shortlisted but lost to Final Fantasy's He Poos Clouds. The following year, the Toronto band was absent from the nominations, but there was an eligible contender: lead singer Emily Haines' solo release, Knives Don't Have Your Back. Moving miles away from the synth-rock edge of Metric, Haines' own music was full of raw, stripped-down piano ballads. Though heavy in mood and subject matter (death, despair, relationship struggles), Haines carves out something stunningly heartbreaking and just as phenomenal as Metric's best work. While Metric has gone on to score more Polaris nominations since, I hope to see Haines' solo work get some much-deserved recognition in the years to come if she continues to work on this project. (Her 2017 album, Choir of the Mind, missed the long list.)

Why it could've won: While 2008 was the third anniversary for Polaris, it marked the first year that the prize released a long list — and the first time Wintersleep's name would appear on the list at all. (It would have been the only time, were it not for In the Land Of's arrival on the 2019 long list.) Welcome to the Night Sky introduced the Nova Scotia band's jangly guitars, charismatic drumming and personal-is-political songwriting to a much wider audience, garnering the group its only Juno Award, for new group of the year, in 2008. It was a polished, confident third record that contained the band's multitudes: from the divisive and ever-catchy radio hit "Weighty Ghost" (also remembered as the theme song for the Joshua Jackson film One Week) to the eight-minute long, Explosions in the Sky-esque closing opus "Miasmal Smoke & the Yellow Bellied Freaks," Welcome to the Night Sky showed that Wintersleep can rouse a crowd with heart-on-sleeve, sing-along choruses as well as build one hell of an epic, immersive soundscape. The fact that the band has only seen this side of the Polaris long list is a shame.

Why it could've won: Arcade Fire's breakout success shined a light on the burgeoning Montreal music scene in the mid-2000s, but not all acts got an equal piece of that spotlight. Over the years, bands like Wolf Parade, the Dears and Stars have benefitted from the city's international exposure but dig a little deeper and you'll find even more gems like the now-defunct Think About Life. The band, which included Miracle Fortress's Graham Van Pelt and Mozart Sister's Caila Thompson-Hannant, was a fiery burst of energy on Montreal's already red-hot scene. Their second and final album, Family (which was longlisted for the 2009 Polaris Music Prize), was a chaotic mash-up of genres that still sends a jolt through my body every time I revisit it. Part electronic, part rock, part funk, all coalescing together into a radiant dance party, Think About Life wasn't afraid to experiment and every aspect of their music, from their records to their electric live performances, was an absolute joy to experience. — ML

Why it could've won: Despite being his sophomore studio release, Take Care felt like the album where the world really met Drake. On the heels of his commercially successful debut album, which the rapper admitted was whirlwind and rushed, Drake and his loyal producer Noah "40" Shebib pumped the breaks and poured "care" into their next effort: a meticulously detailed, moody slow-down that painted the then-25-year-old rapper in a newly poetic light. On Take Care, his famous sing-rap transitions are aplenty, while his honesty about lost love is potent — two ingredients in the Drake make-up that remain strong to this day. Loaded with cameos and eclectic genre nods, Take Care seemed to really signal the inception of Drake's empire, and in 2011, I recall that feeling globally indisputable.

Why it could've won: If you lived in Toronto in 2013, it's hard to forget the undeniable buzz around the enigmatic new act Rhye and its debut album, Woman. Rhye's members maintained a surprising level of mystery (similar to then-emerging Toronto artist the Weeknd), becoming faceless critical darlings of the underground soul and R&B scene. Upon releasing Woman's first singles — "Open" and "The Fall," both soothing ballads that delicately balanced sweetness and seduction — it was easy to mistake Rhye for a breathy Sade imposter, until it was revealed that the band consisted of Toronto-born singer Mike Milosh and Danish producer Robin Hannibal, of Quadron. The band's concealed identities weren't what made their music interesting, though; their minimalist neo-soul stood on its own as one of a kind, pioneering a lush wave of R&B that felt classically romantic and innovative all at once. — JH

Why it could've won: With Purpose, Justin Bieber presented the 2.0 version of himself, converting even the most stalwart disBeliebers. Part of the credit belonged to producers Skrillex and Diplo, who gave the world its first taste of the album on "Where Are Ü Now." Some rolled their eyes at the New York Times' making-of video, but the song's "expensive-sounding sounds" were everywhere within hours of its release. The album's lead single, "What Do You Mean," instantly parked itself at the top of the pop charts with its tropical-house vibe and synthesized flute, joined shortly by "Sorry" (remember all the covers it spawned?), "Love Yourself" and "Company." Bieber's Grammy Award for "Where Are Ü Now" took away some of the sting of the Polaris shortlist snub.

Why it could've won: It was a really talented and listenable field that year, but Lisa LeBlanc did something magical with this record by not only mashing up bluegrass, francophone, punk and metal influences, but she also had me reconsidering my attitude toward all those genres. The songs on this record were so singable, and made you want to share them with friends and family — or just bop along to it by yourself. 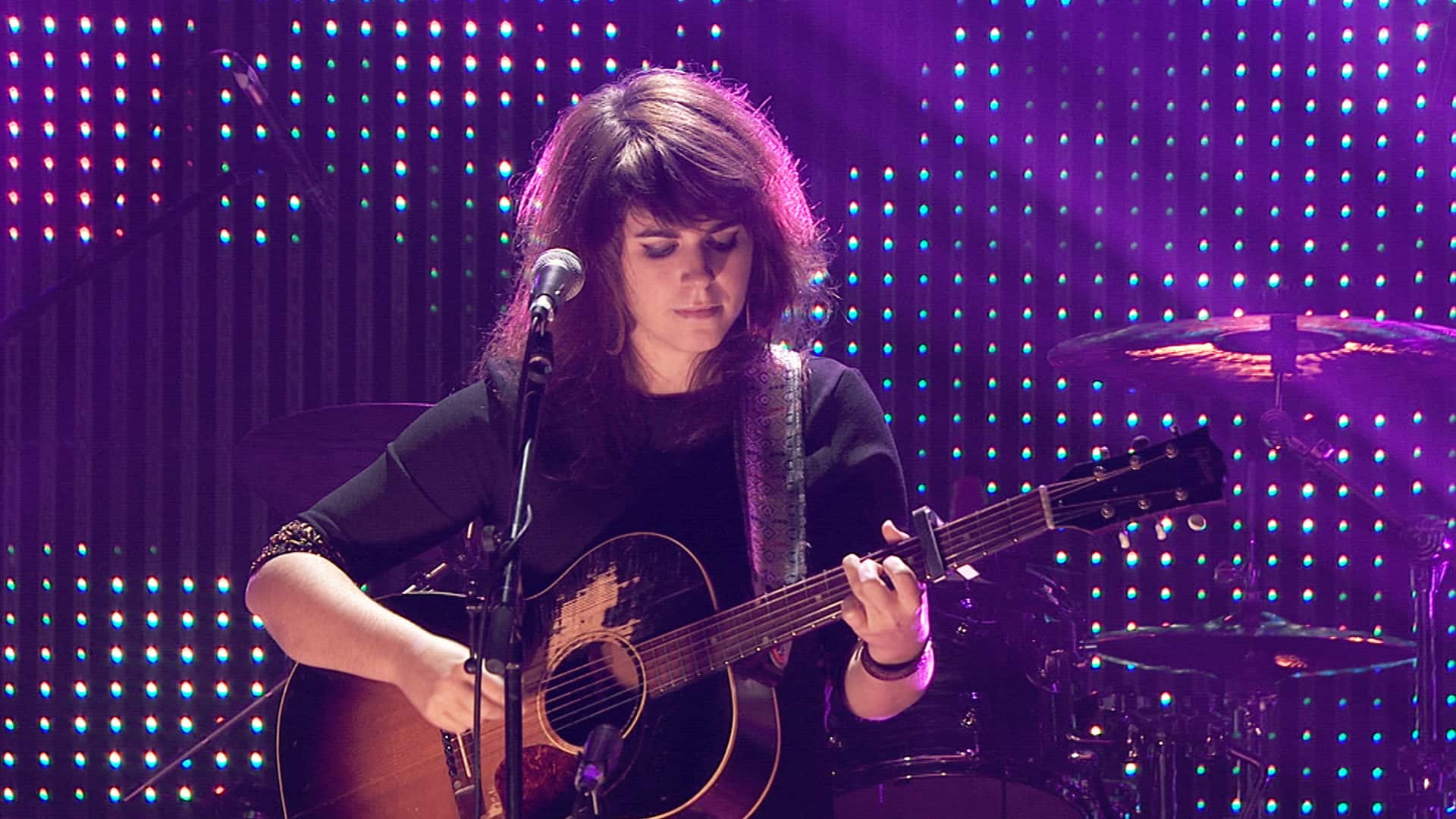 Why it could've won: On this six-song EP, Shraya maps her journey as an artist and a person with exquisite care, vitality and passion. I wholly believe that one day it will be recognized as one of the most important Canadian albums of the 21st century. It's the sound of Shraya reckoning with her past and her present, the joy and power of claiming her voice as an Indo-Canadian transgender woman, and trying to survive the transphobic, racist hate and violence leveled at her and her community every day.

On the album, Shraya challenges and interrogates the artificial structures and misogynistic and racist parameters of womanhood, while celebrating her identity and the pleasure of femme living. Pop and electronic influences juxtaposed against orchestral arrangements could encapsulate the assumed tension between "high-brow" and "low-brow" music; instead Shraya, who is always moving us beyond the binary, illustrates the seamless blend of these disparate landscapes, crafting smart, fun, danceable songs that will get in your head and never leave. There's intimacy and vulnerability, heart and humour, rage and grandeur at every turn on Part-Time Woman. But most of all there's a woman sharing her story, willing her audience to really see her, who's changing and saving lives through her music, and I can't help but sing along.

Why it could've won: Cadence Weapon's self-titled album marked his fourth time on the Polaris Music Prize long list, and while the previous short list nominations for Breaking Kayfabe and Hope in Dirt City were well deserved, the rapper's most recent studio album showed significant growth. In an interview with the Toronto Star, he described the project as "a rebirth, a reimagining, a reintroduction." Cadence Weapon moved away from Edmonton toward Montreal and Toronto, and featured new collaborators including 2016 Polaris winner Kaytranada, house producer Jacques Greene and electronic duo Blue Hawaii.

With witty wordplay and sharp insights into the world around us, Cadence Weapon is the lyricist we deserve. Placed atop delightfully experimental production, Cadence Weapon tackles gentrification in "High Rise," racism and sexism in "System" and existentialism in "The After Party." Cadence Weapon is a storyteller, and his self-titled project is bursting with must-hear tales. It's the kind of album that weaves its way into the fibres of your being by raising the difficult questions that need to be asked. Long after listening, you'll find the album resonating across everything you do.

Why it could've won: Dirt is the type of album you need to listen to from start to finish. From its opening overture, the scene is already set: you are about to embark on a musical journey that is both incredibly new and strangely nostalgic. The album manoeuvres through a skillfully woven prog cabaret that leads listeners into quiet breaths of atmospheric pop and out again into heavy guitar riffs and driving percussion, all while sowing the seeds of an immensely human narrative.

This is the soundscape of planet Pureland, the sci-fi world on which this and Yamantaka // Sonic Titan's previous two albums are built. With Dirt, it's almost as if the last 60 years of music on Earth was launched into space, pieces of it plucked from the ether, ground up with reverb and distortion and served to the galaxy atop an electric guitar. Every instrument comes out to play — from drums to bass to vocals to guitars to keys — eliciting moments where you sit back and think, "I need to hear that again." 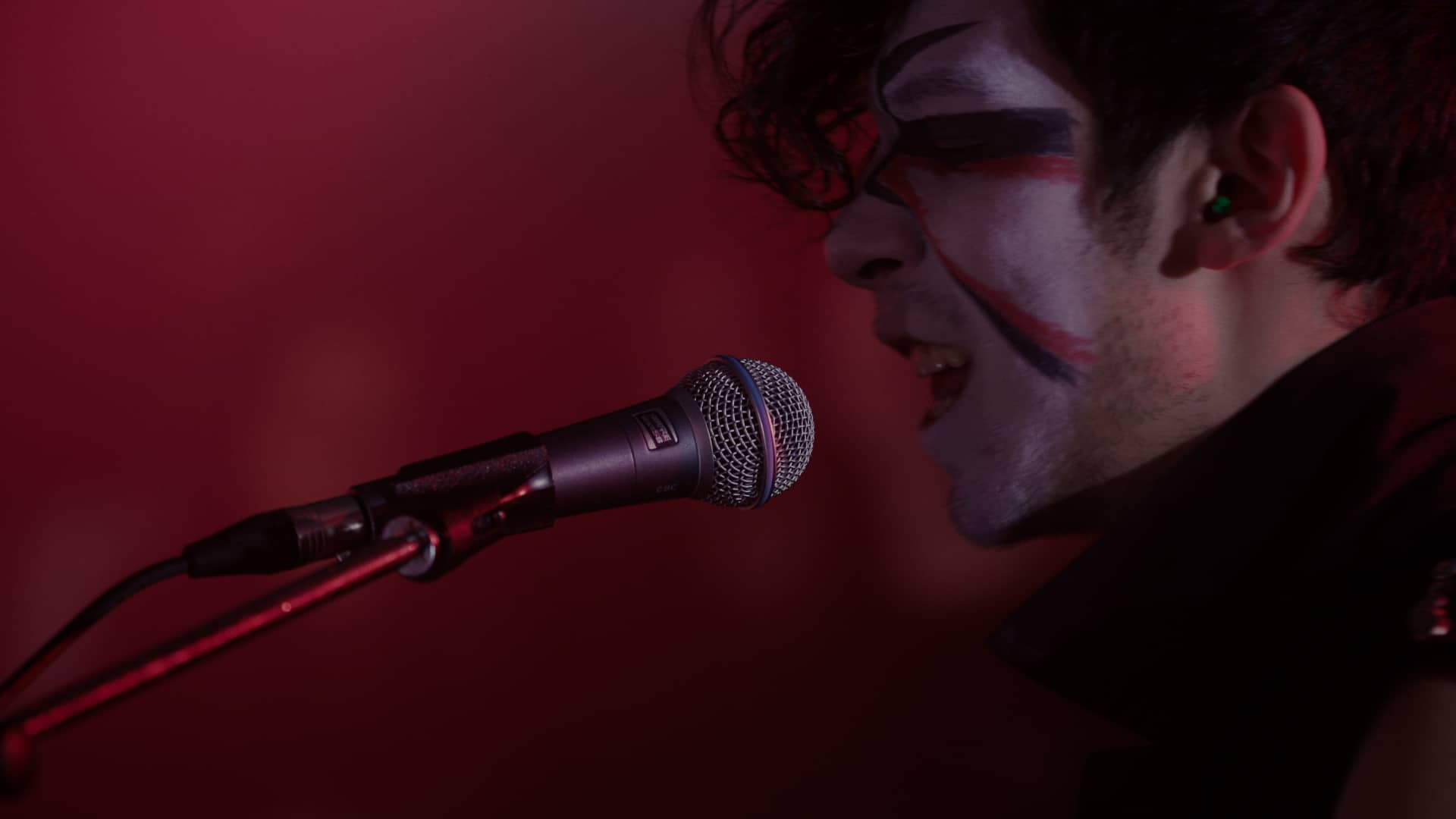