'So many curveballs this year': Loviet forges ahead to re-introduce herself with addictive, retro pop-rock 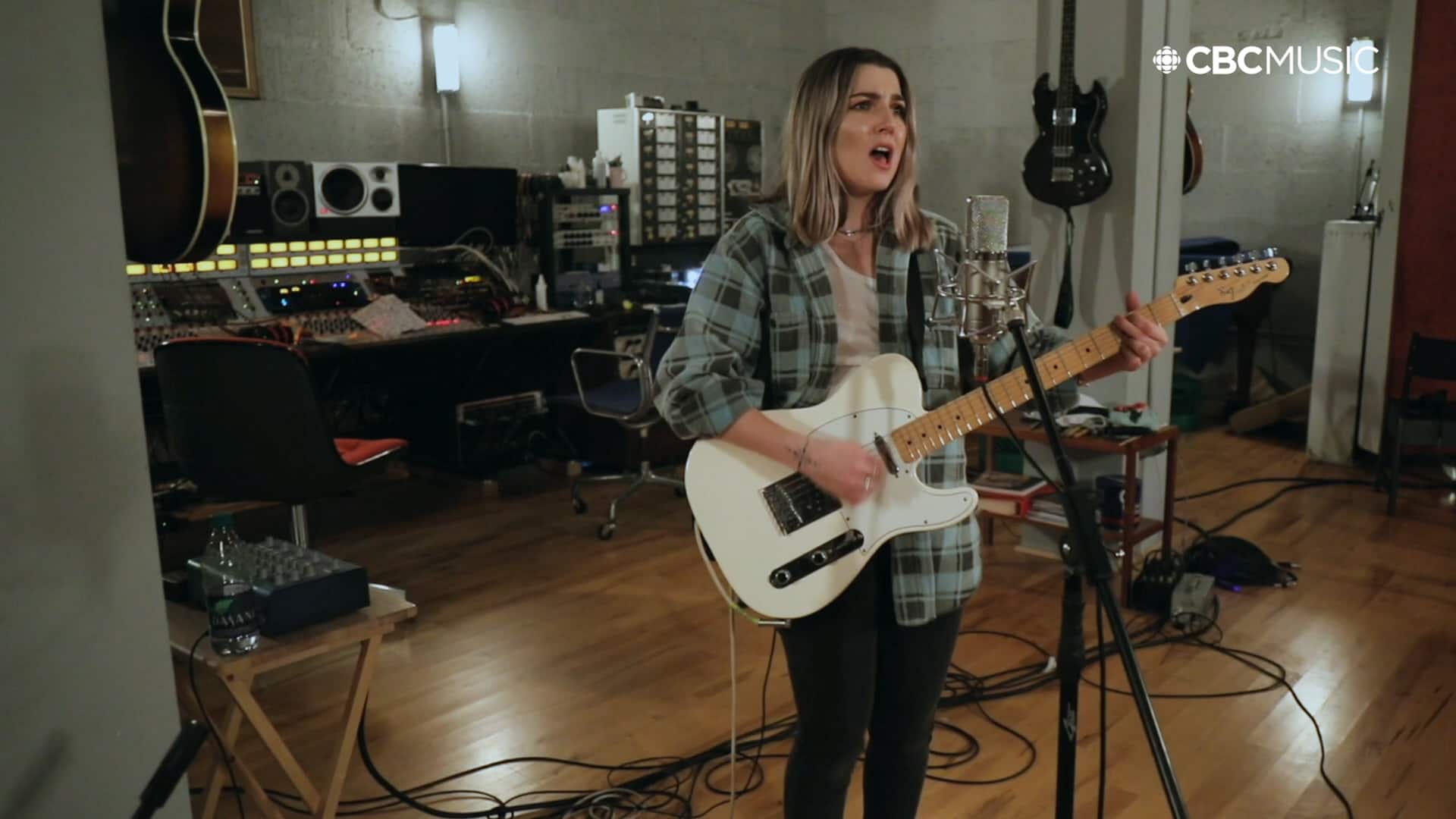 24 days ago
14:19
Originally from Nova Scotia, Loviet, a.k.a. Natalie Lynn, delivers bright pop-rock anthems with an underlying '90s vibe covering a range of emotions brought on by love and life. 14:19

"It feels like Loviet is the first real step in a lot of ways."

Loviet, formerly known by her given name Natalie Lynn, has been going through a few years of transformation to get to this step. The Nova Scotia-born pop-rock singer-songwriter moved to Toronto in 2018, one piece of her long-term plan for the band. She spent 2019 touring and building a name, and 2020 suddenly very still, quarantined in her Toronto apartment with longtime band member and boyfriend Ryan Perry.

In the can: a three-song EP titled Everyone Knows the Thrill When it's Over, ready to re-introduce Loviet, new name and more defined sound, to fans old and new.

"[It was] the perfect piece to the puzzle ... the perfect defining moment for us leaving our hometown and our band name," Natalie Lynn explained over a Zoom interview with CBC Music. The three quasi-title tracks — "Everyone Knows," "The Thrill" and "When it's Over" — chart a full cycle of love: falling in love, the high, the falling out. 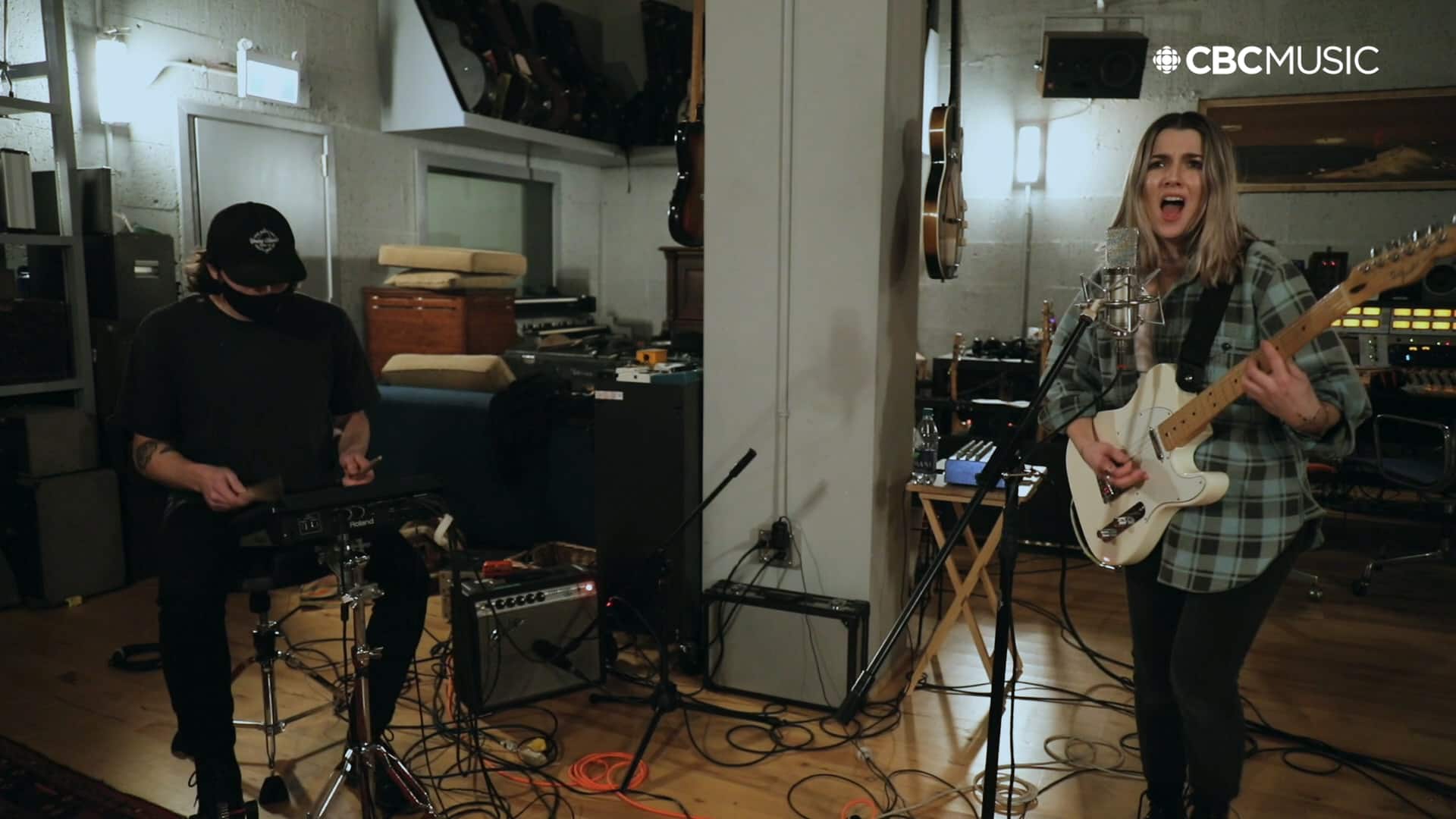 Loviet | When It's Over | The Intro

"It just really summarized this huge moment in our songs and then also like what we were doing in our careers. This is really cool to have a special little thing."

Loviet released Everyone Knows the Thrill When it's Over in June 2020, minus the previously planned touring component. Connected as three fiery short stories, recorded in B.C. with Ryan Worsley at Echoplant Recording Studios, the album is 10 minutes filled with shimmery hooks, heart-on-sleeve emotion and rich production. If you missed it on your 2020 summer playlist, it's destined for a sweaty 2021 dance party.

Even in the midst of a pandemic, Loviet figured out how to re-introduce herself.

Natalie Lynn's mother was her gateway to music.

"I saw my mom and realized that she had such a great voice. And that was kind of when I was like, dang, I really love that, maybe I can do it."

Drawn to classic rock, Britney Spears, Courtney Love and pop-punk, Natalie Lynn started piano lessons at the age of six but they weren't quite cutting it for her. It wasn't until she got her hands on a guitar that she fell in love. Playing in bands from a young age, she started recording herself in the early 2000s, pre-YouTube. "We were just kind of doing it on a tape deck and all these weird things, just very DIY."

Eventually, she found her instrument in the electric guitar. "Electric guitar was easier for me because I'm a smaller person," she said. "So I didn't play acoustic as much because I was like, this is not my kind of instrument. And then the sound was just a different lane. And especially growing up in Nova Scotia, I found acoustic was very specific to a lot of things going on. So I kind of decided to just steer in the other direction of it for a while because I thought, you know, it would be more exciting and more me at the time."

She remembers writing from a very early age, but pegs more concrete songwriting to a 12-year-old Natalie Lynn.

"I remember getting this very cool embroidered diary and I started writing all my songs down," she added, smiling. "I was like, 'This is what it is, you're a songwriter,' and like getting into it way more."

But years later, arriving in Toronto with the Natalie Lynn bandname and a buoyant, sometimes grungey pop-rock sound that leaned heavily into '90s and '80s territory, it was time for a change.

"Natalie Lynn always kind of gave the singer-songwriter/country artist vibe," she explained. "There's so many artists with Lynn in their name. And it was funny, I'd be playing a lot of shows — I actually had a couple of shows in Toronto before I changed my name — and it was like I'd get on the stage and people would be like, where's the country singer? Or they'd be like, why is she on a bill with a bunch of heavy rock bands or whatever it was? And it was always just this funny time."

The name Loviet, on the other hand, feels more like home. It riffs on a lot while not anchoring to anything specifically: the "v" attaches it to Natalie Lynn's grandfather, who was a fiddle/violin player, as well as her love for Lana Del Rey's Ultraviolence album. The name is also a set of anagrams for "love it," "to live" and "violet." The inside joke is that, with Loviet pronounced like "Soviet," Natalie Lynn now has a Loviet Union of people she works with and trusts, including bandmate Perry and manager Adam Kreeft.

"I've always wanted to have a team and people that are excited about something because I just have more joy doing it with people. And that was what we got out of it."

With nearly a year working as a full-time musician during a pandemic under her belt, Natalie Lynne has become more self-sufficient than ever. A summer of Zoom co-writes — "That was probably the worst part of 2020," she said, laughing — and live stream performances required new camera gear, mics, lights and the ability to do it all yourself.

"There were so many curveballs this year that as an artist we became the engineer, the director, the video editor, all of these different roles, which are essentially the 2021 artist."

One of those Zoom co-writes kicked off a middle-of-the-night solo writing session that resulted in "Dullshine," her most recent single after the 2020 summer EP. The original 2020 plan for Loviet was to do a lot of writing, including travel to the States for some co-writing. But stuck in Toronto and doing everything virtually, the word "dullshine" popped into Natalie Lynn's head. 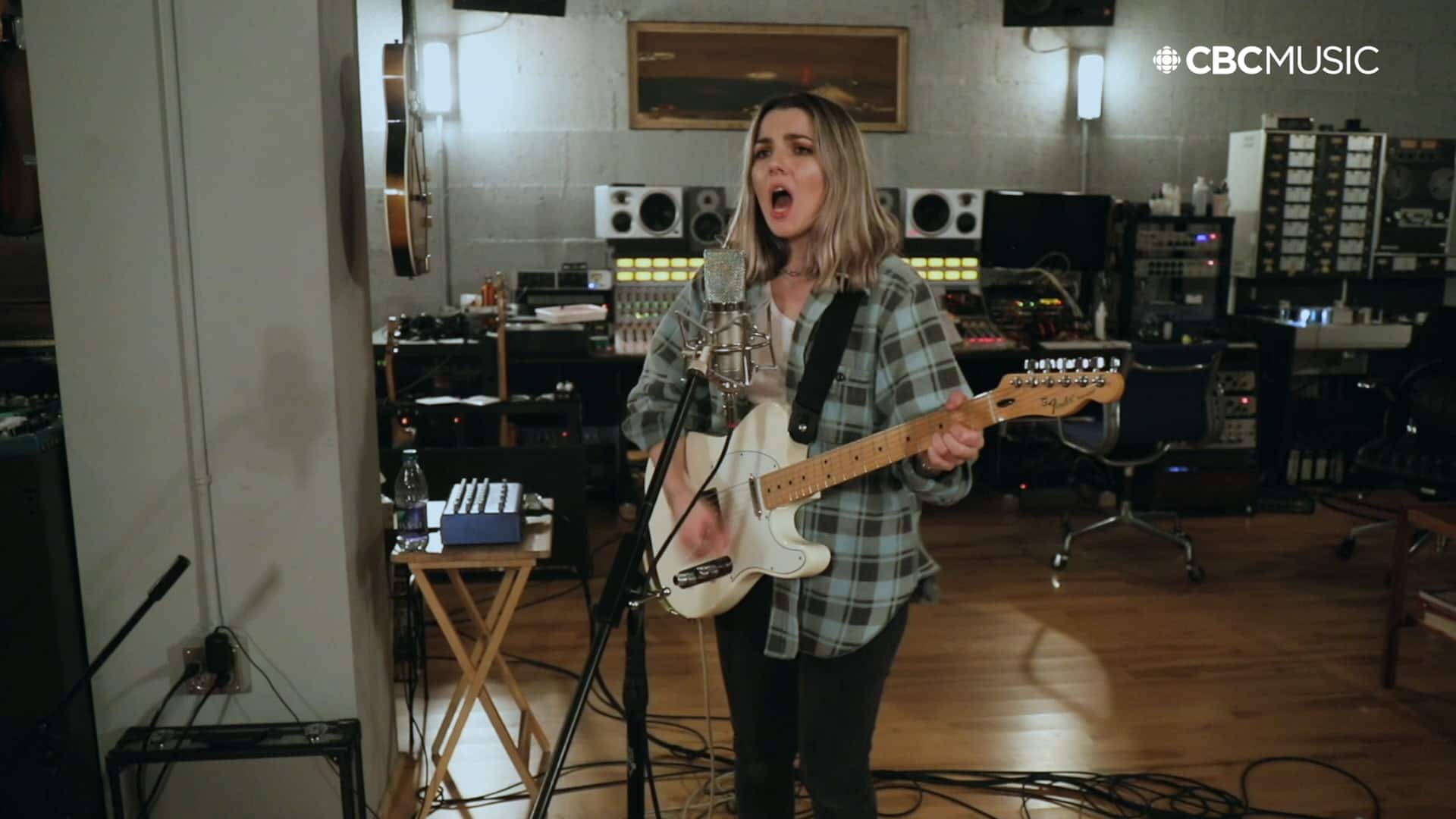 "It was summer and it was beautiful and it's like we were trapped inside," she explained. "Our first year in Toronto was 2019, it was so much fun and everything was so like, your first year, new place. It's beautiful, it's shiny, it's exciting. And then this year was just like, oh my goodness. Like, we're still excited, but it's super dull. You look around outside and you don't see the shine as much."

After a summer of writing, Natalie Lynn has a lot of songs banked. She's not sure if they'll turn into another EP this year or her debut full-length album, but she knows they'll be in "the same catalogue as 'Dullshine.'"

"We wrote them around the same time and it's kind of got this mark on it and stamp on it, which is exciting," she said. "It's got some '80s flair, it's got some '90s flair. And yeah, we're just excited to mess around and see what happens in the studio. You never know."

Loviet plays two songs from her catalogue and chats with Saroja Coelho on the Feb. 17 episode of CBC Music's The Intro, available for viewing at the top of this post.