The Montreal singer-songwriter tells us what music inspired him to sing again — and which classical musician is integral to his phrasing.

"It would be a mistake to think that these songs are all about just grief."

Over the phone from his Montreal home, Patrick Watson is airing his frustration with the assumption that the songs on his new and sixth studio album all originated in sadness. Written with his band in the years since 2015's Polaris longlisted Love Songs for Robots, 2019's Wave did see Watson through different kinds of loss and mourning: his mom died, he and his partner separated, and his longtime drummer left the band. But he didn't write the songs while sitting at the bottom with it all; he wrote them on the other side.

"I know everybody thinks you're writing in that low part, but I kind of think it's a myth, I think you're always writing on the bounce up," he says. "It's always when you're digging yourself out, it's never when you're just sitting in it."

While this new album feels more personal than his previous releases, Watson says it's because he's just being more direct than usual — despite the album title, he's not hiding behind metaphors in his lyrics, instead aiming straight for the gut with lines like, "This strange dream I'm dreaming/ if it ain't wrong it don't feel right/ never thought you were leaving/ thought we'd get old, get dressed, and walk the dogs," on album opener "Dream for Dreaming." 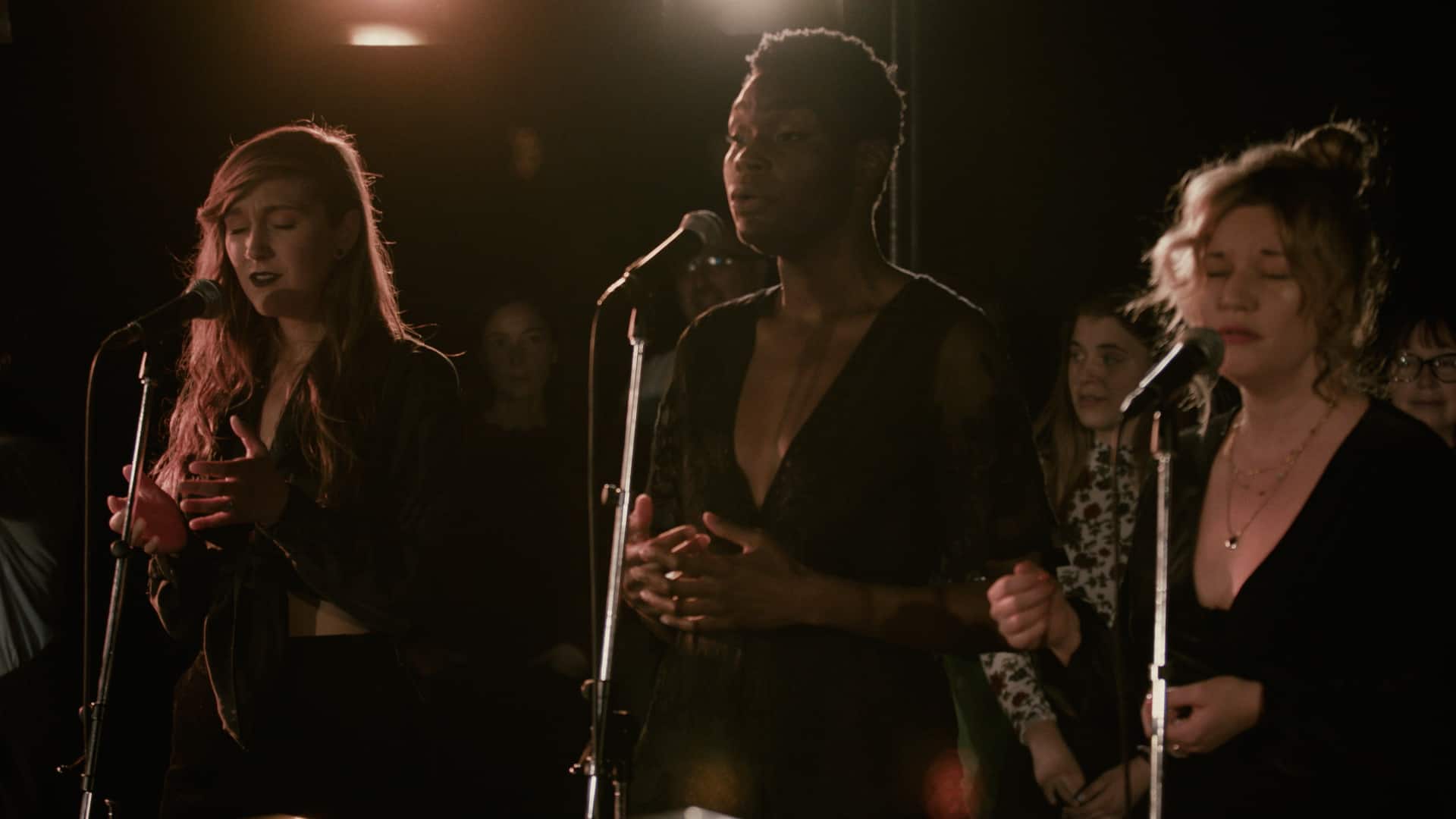 This new directness is tied to his last album, Love Songs for Robots, which was filled with Watson's trademark imagery. "It was not about robots," he clarifies — but says people thought it was, in fact, about robots.

"So I just said, 'F--k it,' OK I'm just gonna make something that's so damn direct," he adds, laughing, "that you will not mistake these lyrics for anything else."

Interpretation is always subjective, but Wave does feel like we're seeing more of Watson's life than ever before — and getting a glimpse of the hope that comes from rebuilding your life after significant change. Where Love Songs for Robots was about, as Watson describes it, "taking a look at how you think," Wave is learning how to let go of, and live with, the things you can't control.

"I'm in a big wave, and it will totally toss me around," says Watson. "And there's nothing I can do about that. And there is this kind of peace you find at that moment when you decide to let it do that … it's kind of a really good feeling. You just give into what this wave will be. And I feel like all the songs took place in that moment. And I think that's a really nice moment. So if anything I just learned how to let life be where it is, and stop trying to fight for ideas that just don't make any sense."

It's a maxim that Watson literally sings on one of the album's most heartbreaking tracks. "Memories come and then they go/ you just learned how to let go/ sometimes sometimes you wanna wanna go back/ but it don't work like that," Watson sings on "Broken," the intensity rising in his voice as a source of confirmation. You can find hints of his state of mind throughout Wave, but maybe nowhere more fully than on album closer "Here Comes the River." In it, Watson's penchant for imagery is back, with children "swimming on top of the trees" and crowds of umbrellas "staring in misbelief." But the last verse leaves no room for wondering: "You lost what you hold onto/ you're losing control/ there ain't any words in this world that are going to cure this pain/ sometimes it's going to fall down on your shoulders/ but you're going to stand through it all."

Patrick Watson and his band (Joe Grass, Evan Tighe and Mishka Stein) have already kicked off their tour for Wave, but before they set off we asked Watson for five songs that have changed his life — "Five songs that always change," he answered, laughing, before listing six songs.

Read on to find out which song convinced Watson to keep singing, and which classical musician is integral to his piano phrasing.

"I was coming out of music college, and I didn't want to sing anymore when I was 19 or 20, I just wanted to make instrumental classical music for film school. I just wasn't interested in songs. And then I heard 'Hunter' by Björk and just the string arrangements alone, if you're a classical musician, you can really appreciate how well classical elements in music are actually written more than anybody. People will say I'm inspired by classical music, but there's no classical music whatsoever in my music. But Björk had an incredible voice leading the arrangement and I heard for the first time that a good song doesn't have to be a pop song. It inspired me to just make these kind of crazy classical pieces and sing. And I think that was a really important part for me to want to sing again."

"We were in history class and we were looking at Debussy's piece and the orchestrations were totally crazy new to that era and they were totally wild chords. Debussy would try to translate the actual sound effect of real sounds, such as a carriage passing by, instead of being driven by melody or chords. And in that process he discovered loads of new chords and new ways of playing music. And even though his music's really kind of totally weird, it always sounds super melodic and lyrical so you don't even notice."

"I would say Erik Satie changed the way I played piano forever ... the way I phrase, I'm obviously so inspired by that. Da da da da [sings] — I just love that piece of music."

'The Only Living Boy in New York,' Paul Simon

"I think I've listened to that song every show for 15 years before I go onstage," says Watson.

It reminds him of a trip he took when he was 19, when he got on a bus from Montreal to go to New York, with no money and no idea where he was going. When he got to the border, he "chickened out" and walked all the way back home to Montreal.

"And every time I listen to that song it's felt like if I actually would've went, those were the lyrics for the day I would've spent. And it was always my biggest regret that I didn't go."

"I think 'Jealous Guy' was a song that I feel really having a big effect on me. The lyrics really talked to me," says Watson.

He adds that he can relate to some of the problems Lennon was writing about, though he can't quite pinpoint why this one has been so formative.

"It's just something that always will stick with me, it's one of my favourite songs of all time."

"I would give a sixth one just in context of the record because 'Melody Noir' was inspired by one of my favourite songs. It was Mishka [who] wrote the chords though, the bass player, he writes a lot of music with me," details Watson.

He says Stein had that particular riff for years, but they hadn't been able to find a way to use it yet.

"Then I heard this Simon Diaz song, called 'Tonada de Luna Llena,' and I literally listened to one song for six months. And I was totally in love with the song and I didn't think I did a good job covering it. And then I heard Mishka's chords and ['Melody Noir' is] almost like etching a letter back to [Diaz] in terms of the lyrics and the melody, I think."