'She just kicks so much butt': the Dead South cover Anne Murray

The Juno Award-winning band braves 'Could I Have This Dance' at its Junos 365 session. 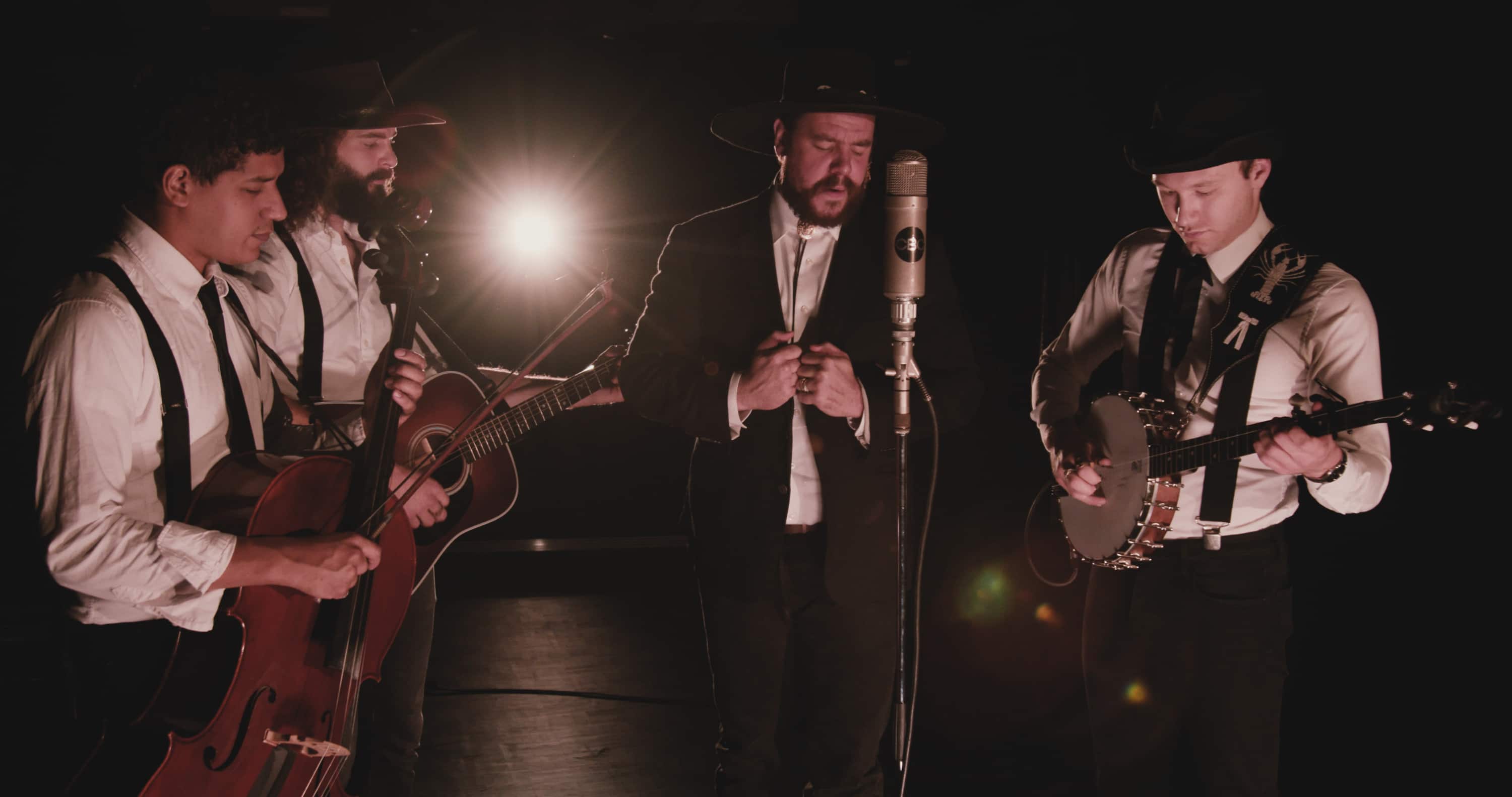 The Dead South | Could I Have This Dance | Junos 365 Sessions

The 2020 Junos have been cancelled since this article was first published.

As part of our coverage of the 2020 Juno Awards, we're inviting some of today's hottest Canadian acts to cover a past winner in the single of the year category.

Anne Murray's dreamy love song "Could I Have This Dance" won that award at the 1981 Junos, and the members of Regina-based roots-folk band the Dead South (Nate Hilts, vocals; Scott Pringle, guitar/vocals, Danny Kenyon, cello/vocals; Colton Crawford, banjo/vocals) were thrilled to put their own spin on it for their Junos 365 session.

"Growing up, my mom listened to a lot of Anne Murray, and I'm sure these guys' mothers did as well," said Hilts. "And she just kicks so much butt, so we had to do it."

But first, they had to figure out their approach.

"We first started just jamming in the usual way we do, where I've got the mandolin, Nate's got the guitar," Pringle explained. "But we decided this time because it was such a vocal-heavy song, that we would let Nate just focus on the vocals and I would play guitar instead, and it would be like the three of us are accompanying his vocal performance."

"Which is hard to do with Anne Murray because she's got a beautiful voice," Hilts added.

The Dead South is not known for taking a languid approach to its songs. The band has a reputation for instrumentation that's fast and agile, as if its members' hearts all beat in triple time, so slowing down and keeping things spare was a unique challenge.

"The idea was to just take the structure, learn it, learn the lyrics and everything and get comfortable with it, and we ended up just really liking the way it was, so [we] thought we'd try something pretty for once," Hilts said.

"This time we thought that it would be nice to just have a nice, steady pace all the way," Pringle said.

Watch the Dead South's performance of "Could I Have This Dance," above.

For all of CBC Music's coverage of the 2020 Juno Awards, go to cbcmusic.ca/junos. Listen to our Junos 365 playlist collection via CBC Listen.