Brought to you in part by 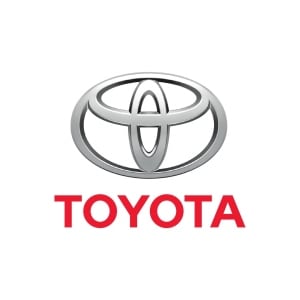 DO NOT PUBLISH: Get ready for Toyota Searchlight 2021, our hunt for Canada's next great undiscovered talent

Toyota Searchlight is CBC Music's long-running hunt for Canada's undiscovered musical talent. Could that undiscovered talent be you? Or a Canadian musician you know?

Starting on Monday, April 19, at 9 a.m. ET, all you have to do is upload an audio file or video to YouTube — what you consider to be your very best original song in any genre.

You'll be able to sign up using our new easy-to-use Toyota Searchlight entry form. Get a head start by uploading your best song (audio or video) to YouTube now, before the competition officially opens. Please note that you will be judged on the audio of your song only, not the video. And with expanded prizes, Toyota jumps in as the title sponsor this year to support the search.

CBC Music's Toyota Searchlight 2021 grand prize is bigger than ever before:

By winning Toyota Searchlight, you will have earned your spot in Canada's premier talent development program — the Allan Slaight Juno Master Class — for a week in Toronto (or its virtual equivalent), surrounded by the music industry's best. It will all cumulate in a live industry showcase, plus a trip to the 2022 Juno Awards. (COVID restrictions may apply.)

2. A recording residency at the National Music Centre in Calgary

Studio time is expensive, but if you win Toyota Searchlight, you'll spend five days in Calgary at the National Music Centre's Studio Bell, where you will be given access to more than 300 musical instruments, a recording studio and a recording engineer to create your next album.

Your single or album will get a full promotional distribution campaign sent out by the most widely used secure digital distribution system available in the music industry. Play MPE is used by all four major labels, as well as thousands of independents, promoters and artists globally.

Your winning song and story will be turned into a  cross-platform Toyota Searchlight feature hosted by CBC Music Top 20 host Grant Lawrence. The feature will air nationally on CBC Television, CBC Radio One, CBC Music and on digital platforms.

6. There will be 4 Toyota Searchlight runner-ups that will each receive these prizes courtesy of Toyota Canada

Check out more details on prizing and rules and regulations here.

Here's how it's all going to roll out:

Toyota Searchlight 2021's winner will be decided by a combination of audience voting and choice picks from our producers and celebrity judges, a cross-section of the best that the Canadian music industry has to offer. This year's judges will be announced in May.

Toyota Searchlight 2021 is also a chance to engage and grow your online fanbase to support you — right to our winner's seat. Together, CBC Music and Toyota are proud to support Canadian music and help give aspiring artists right across the country for a chance to fulfil their artistic dreams. We are committed to supporting Canadian music, gender and racial diversity in the music industry, and recognizing the distinct communities where artists really come from.

So why should you enter CBC Music's Toyota Searchlight 2021? Besides our amazing grand prize, your song could be showcased on CBC Radio One, CBC Music, Radio 3, CBC Digital, and CBC-TV at any point during the contest.

Are you ready for Toyota Searchlight 2021? Get your best original song uploaded to YouTube today and enter on Monday, April 19, at cbc.ca/searchlight. Good luck!

CBC Music's Toyota Searchlight 2021 is brought to you in part by Toyota.