From Carly Rae Jepsen to Clairmont the Second and Pup — we rank the best of the year.

We had no shortage of captivating Canadian albums to spend time with this year.

Whether it was Haviah Mighty's Polaris Music Prize-winning debut, Leonard Cohen's poignant posthumous farewell, Tegan and Sara's high-school demos or Orville Peck's disruptive outlaw country, the music was strong while the messages were even stronger.

What were your favourites? Let us know on Twitter @CBCMusic.

Editor's note: this list was compiled from English-language albums released between Jan. 1 and Nov. 29, 2019. Look out for our list of best French-language albums, out later this week.

It took nearly five years to get this first full-length album from P.E.I.-based Sorrey, and it was more than worth the wait. In Full Bloom shimmers with synth-laden, dream-pop colour, as band namesake Emilee Sorrey perfectly captures all the subtle, confusing and heady feelings that come with falling in — and out of — love. With just a few words, Sorrey can transport you to the gut-punch of realizing a relationship has run its course — "Everything's easy/ everything's hard/ tried to build a mansion but we built a house of cards," she sings on "Recalibrate" — or to the joy that comes with finding someone who "fills in all the gaps" ("Signs"). Nothing is syrupy or melodramatic, as Sorrey and bandmates Colin Buchanan, Andrew Murray, Bruce Rooney and Luke Pound build layered earworms to lift you up no matter the state of your love life.

Rae Spoon's voice is the only kind of purity I care about: unadorned and clear, quietly confident and alive with possibility, made all the more luminous by the ways in which they have made themselves vulnerable over their 20-year career. This concept album about mental health reflects part of that journey, and it rocks and pulses, hisses and drones, and thrums with love and acceptance, particularly for all the queer, transgender, non-binary, and gender non-conforming folks struggling to cope with and navigate our capitalist society's complex and unnerving healthcare system.

Tim Baker opens his debut full-length with "Dance," a bonafide late-in-life love song, dedicated to connecting with someone, and the world around them, despite the chaos of their pasts. While the Hey Rosetta! frontman and St. John's native knows how to ignite a spirited party fuelled by throngs of instruments and big, melodic sing-alongs — which you do get later on Forever Overhead — I'd argue it's these hushed, vulnerable moments that highlight Baker's songwriting mastery best. With our first opportunity to sing along with him and him alone, it feels meaningful to start with a slow dance. 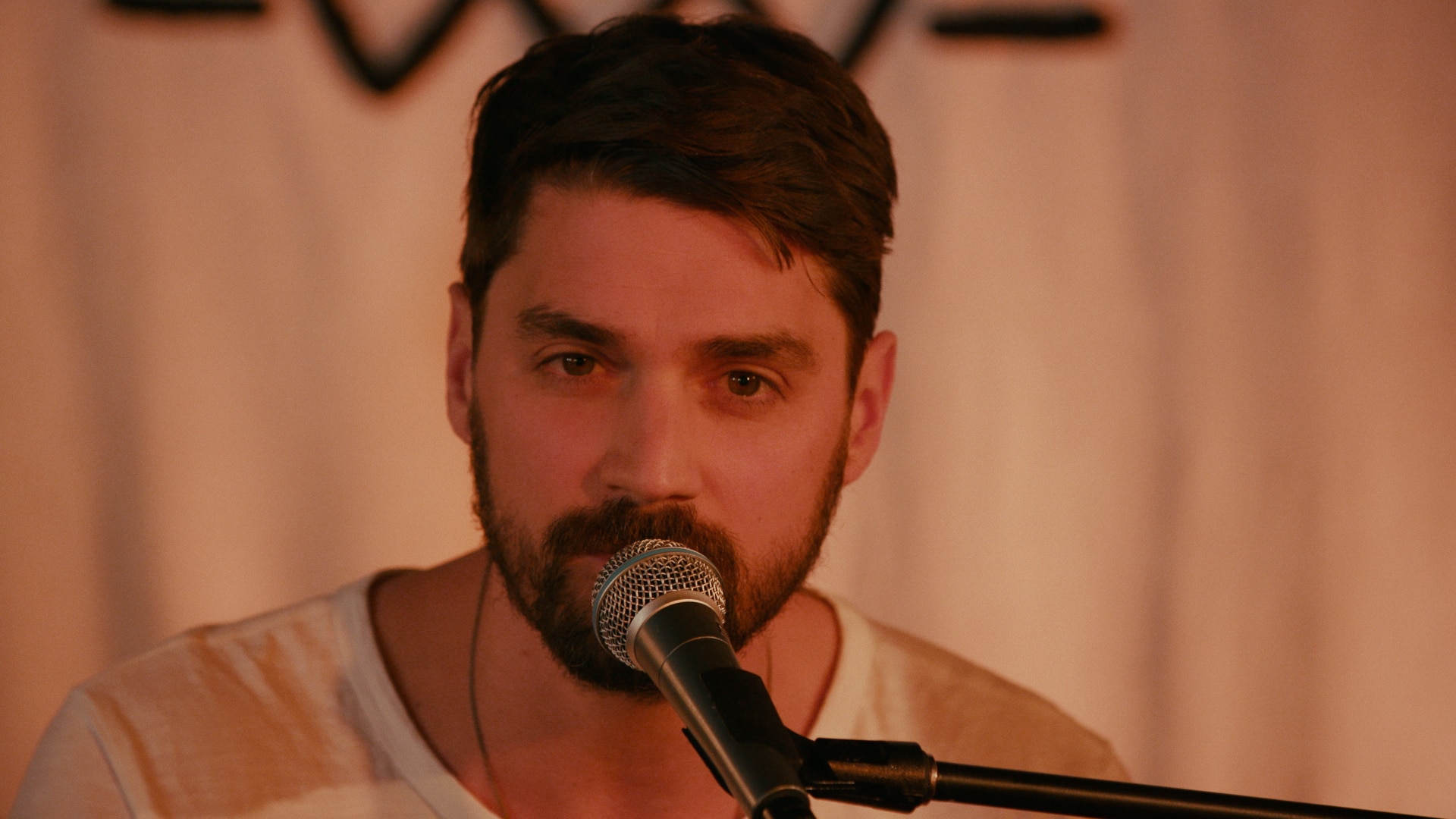 At the end of a year that saw forefront discussions about radical self-love and acceptance, Alexa Dirks' honest reflections — via powerhouse vocals and delicious soul pop — are the gift we need and deserve. No stranger to the Canadian music scene (Dirks was originally in the Juno-winning group Chic Gamine before branching out as Begonia), Fear still manages to make you feel like you've been let in on pop's best-kept secret. But, not for long. 2019 might have refreshed our memory of Dirks' vast capabilities, but 2020 will hopefully deliver her the global recognition she deserves. — JH 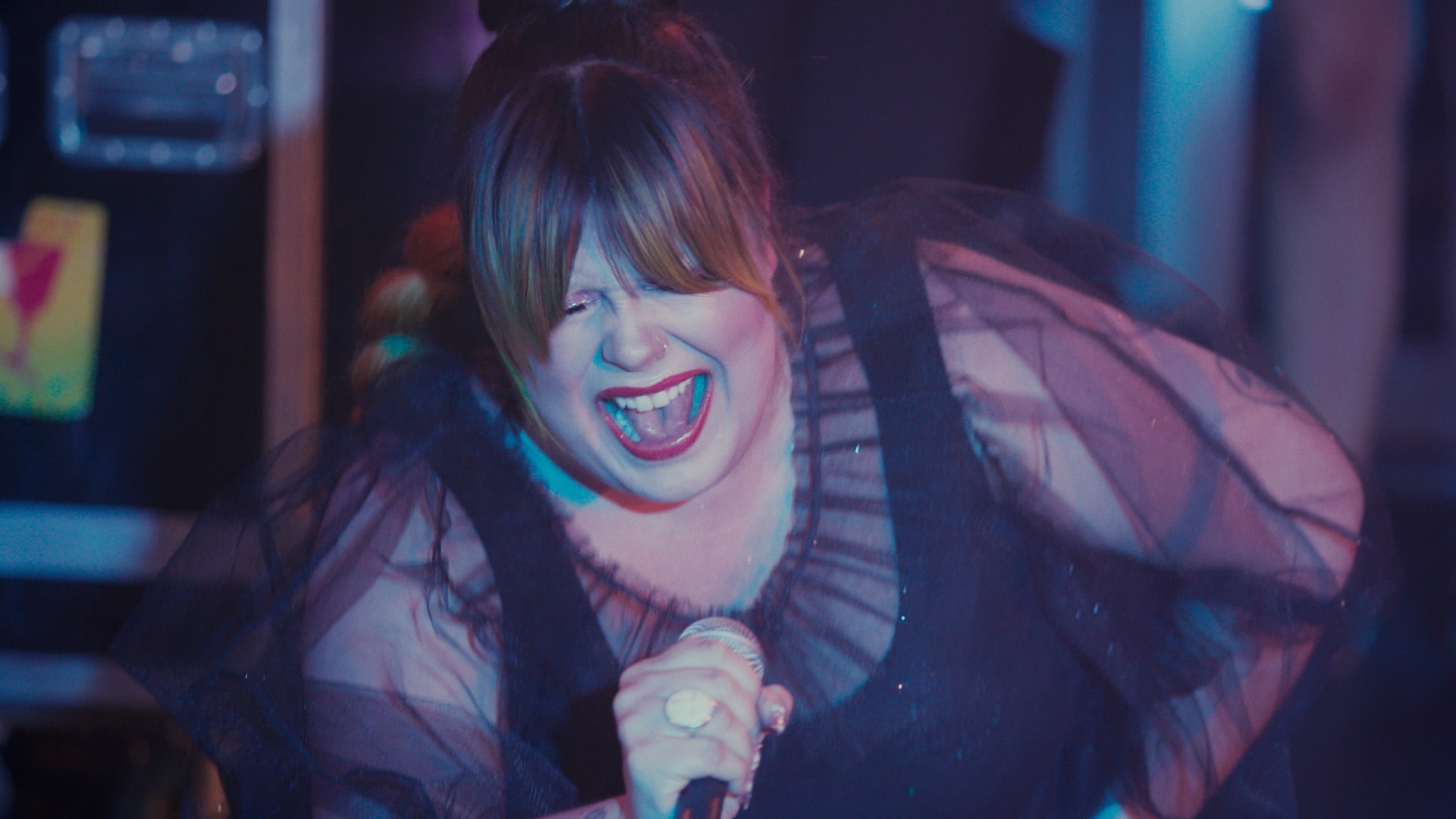 Tobi's debut album exists in unique spaces — in the fluid middle ground where hip hop, R&B and soul collide; and the Atlantic gulf between his birthplace of Lagos, Nigeria, and Toronto, where he's resided since the age of eight. Still is an exploration of those in-betweens, unafraid to flex like a rapper when needed or bend towards something more smooth and melodic when the soundscape mellows out. As a result, Tobi's fearless experimentation has landed him somewhere closer to a place he can call home.

Kimmortal spent five years crafting this urgent, affecting album that melds hip hop, soul, spoken word and pop to talk about racism, colonialism, queerness and misogyny. But this is not just a protest album; X Marks the Swirl is Kimmortal's unequivocal insistence to be seen, a powerful demand for equity, beauty, and the fullness of life for every marginalized, oppressed person. — AW

In the last four years, Patrick Watson lost his mother, separated from his partner and his longtime drummer left the band. With these life-altering changes, you might expect a new album to be rooted in grief — but Wave is decidedly not that. "I really write songs when I get to the other side," he recently told CBC Music. As a result, Watson's first album since 2015's Polaris longlisted Love Songs for Robots is his most direct yet, with clear-eyed lines like, "This strange dream I'm dreaming/ if it ain't wrong it don't feel right/ never thought you were leaving/ thought we'd get old, get dressed, and walk the dogs" ("Dream for Dreaming"). But, instead of a heavy heart, there's a lightness attached to each song. Wave is Patrick Watson's silver lining, and it's become ours, too.  — HG 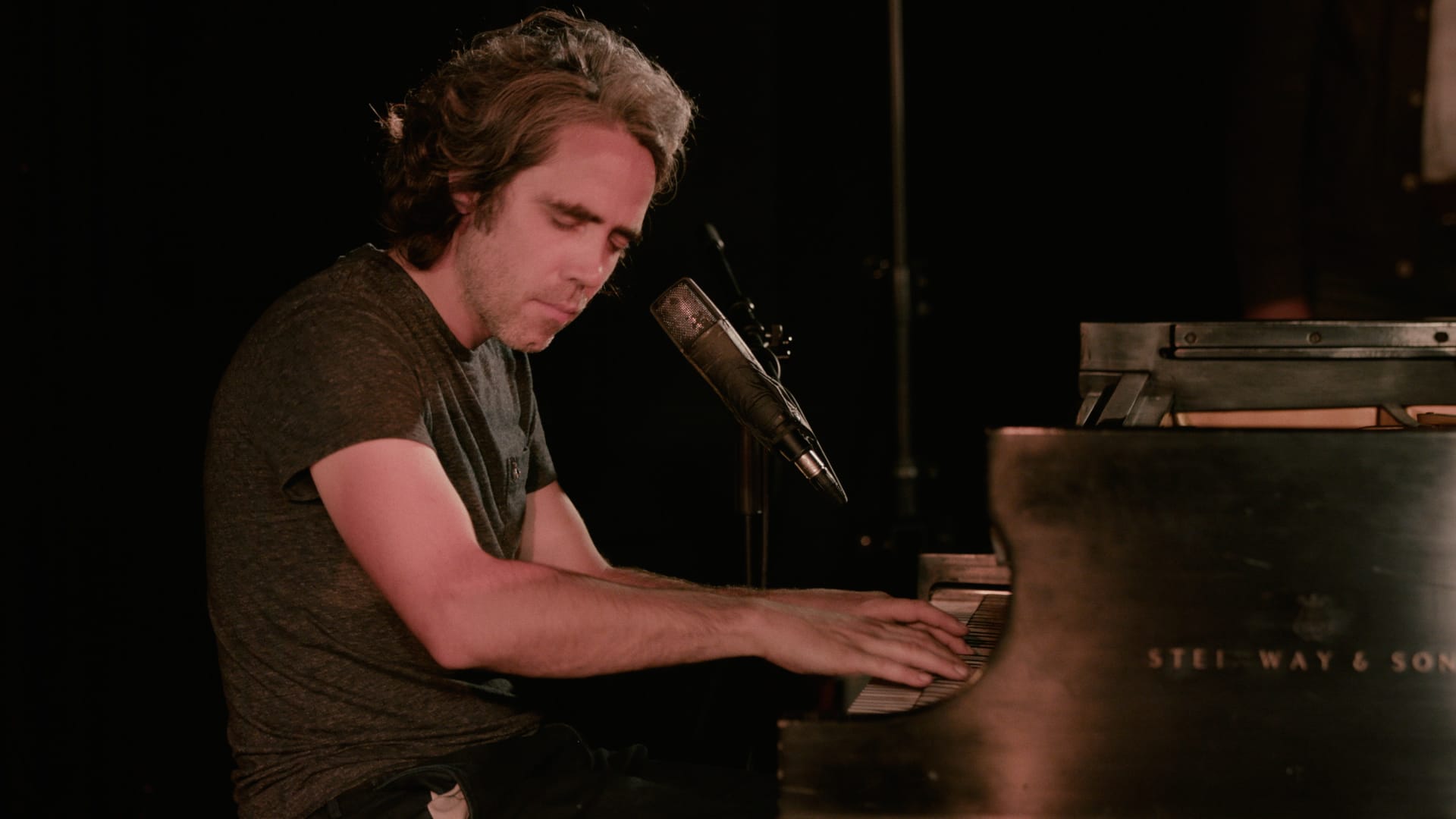 Montreal artist Dominique Fils-Aimé's ambitious mission to explore the history of African-American music continues on Stay Tuned!, the second instalment in a proposed trilogy. This album journeys into jazz and early R&B, delving into the civil rights movement of the '60s and transforming that knowledge into songs that burn brightly with the spirit of revolution. Fils-Aimé does this while imbuing the lyrics and her stunning vocals with a palpable sense of strength and resilience that powerfully evoke the past, present and future. — ML 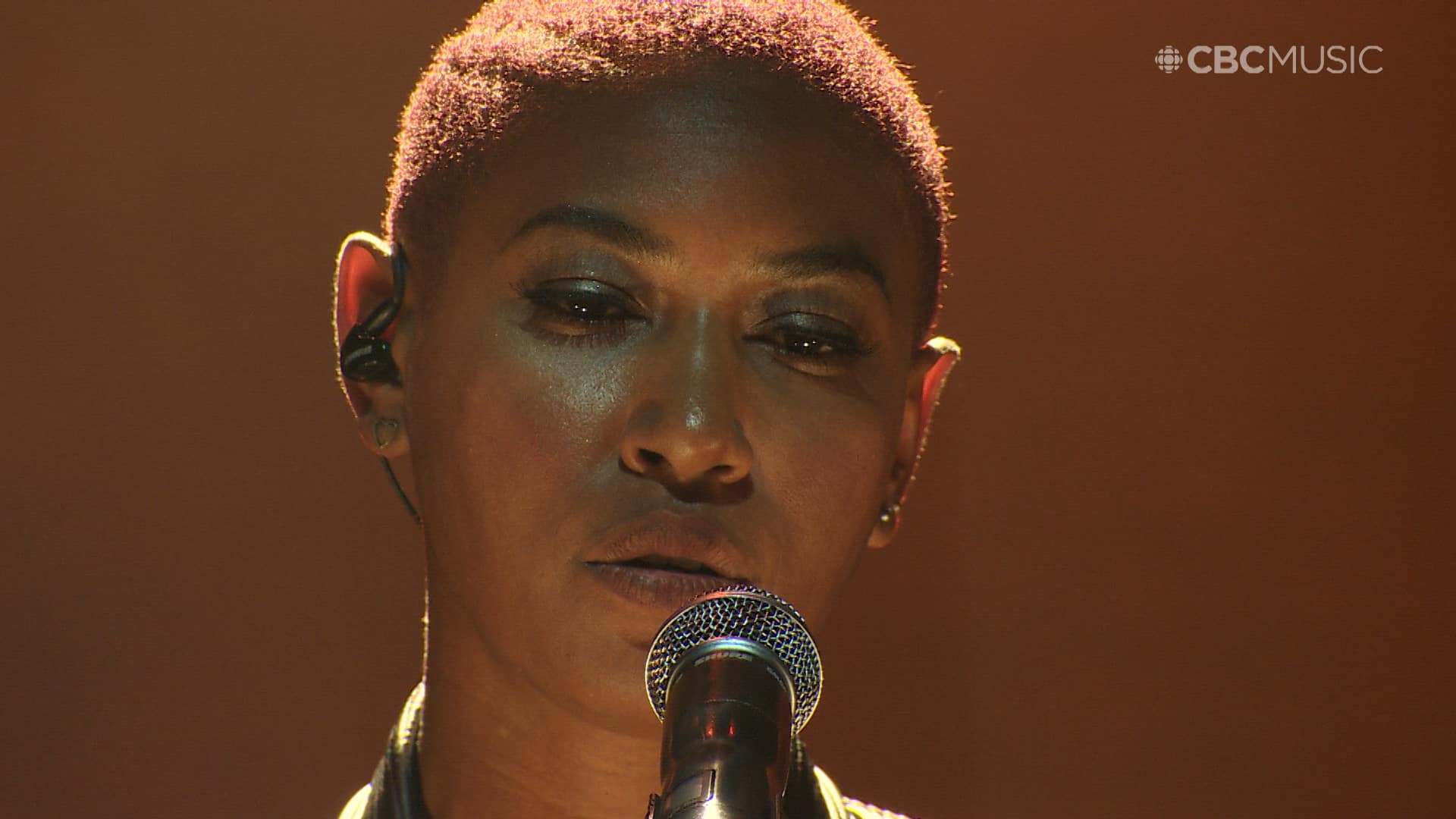 Morbid Stuff finds the Toronto band working through negative thoughts and not conquering them as much as learning to live with them — and perhaps cathartically get out some frustrations along the way through its relentless brand of punk rock. It's a record meant to feel good for those who oftentimes feel bad; a whirling circle pit where you go to feel safe. — ML 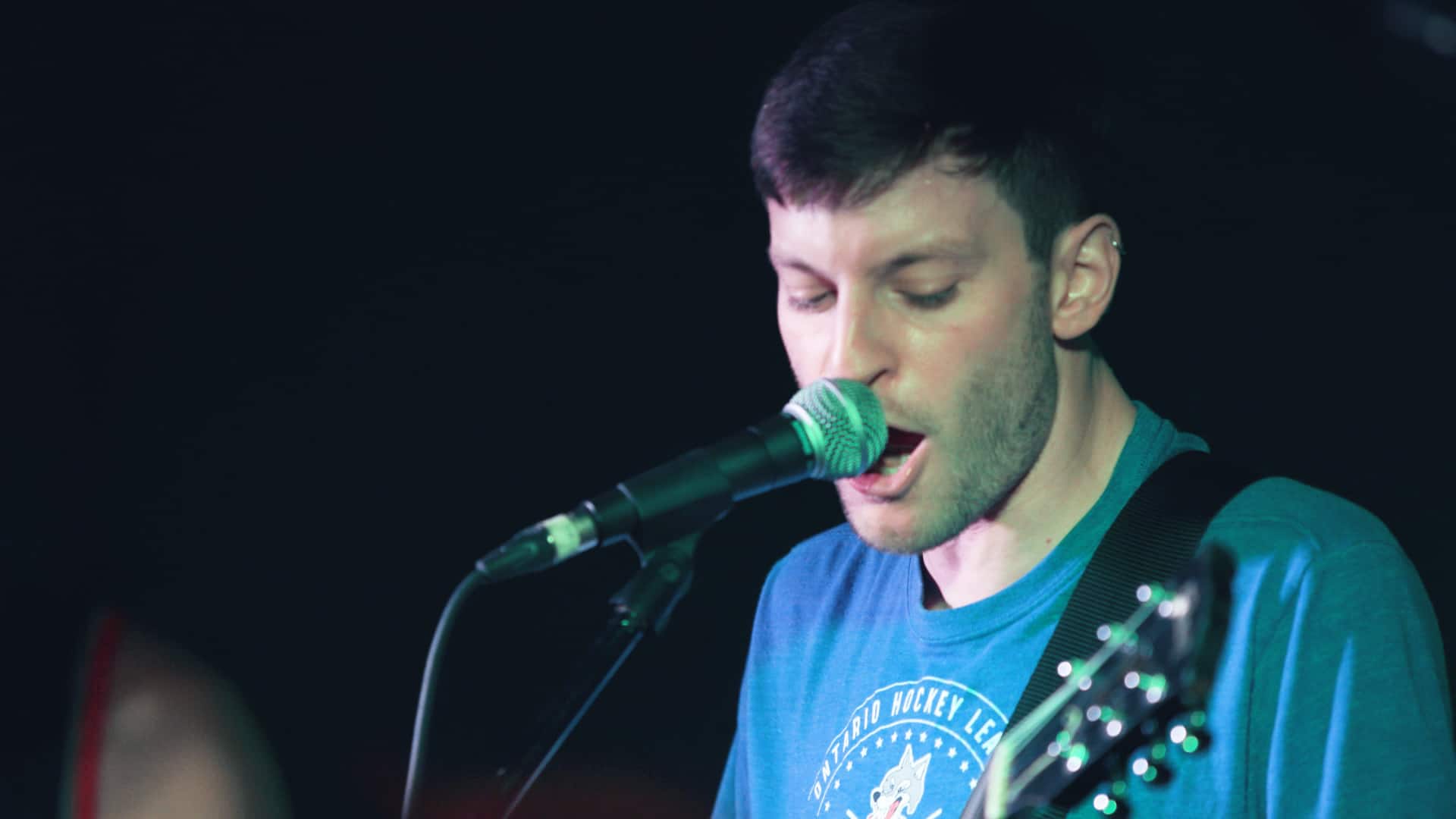 2 years agoVideo
3:22
PUP performs songs from their album Morbid Stuff live at The Garrison in Toronto. 3:22

10. Half Moon Run, A Blemish in the Great Light

The first track on Half Moon Run's A Blemish in the Great Light starts unassumingly, Devon Portielje's voice gently opening up the album over an acoustic strum and quiet echo. When bandmates Conner Molander, Dylan Phillips and Isaac Symonds join in, the drums, harmonies, spliced-in strings and that sneaky bassline build into a driving track, transforming what was a subtle folk song into what somehow ends up being an orchestral banger. "Then Again" is exactly what Half Moon Run does best: difficult-to-define, layered songs that straddle the folk-rock divide — and that are often catchy as hell. A Blemish in the Great Light, the band's followup to 2015's Sun Leads me On, is a testament to that skill — and the band members' incredible musicianship — and what rock can sound like in 2019. — HG 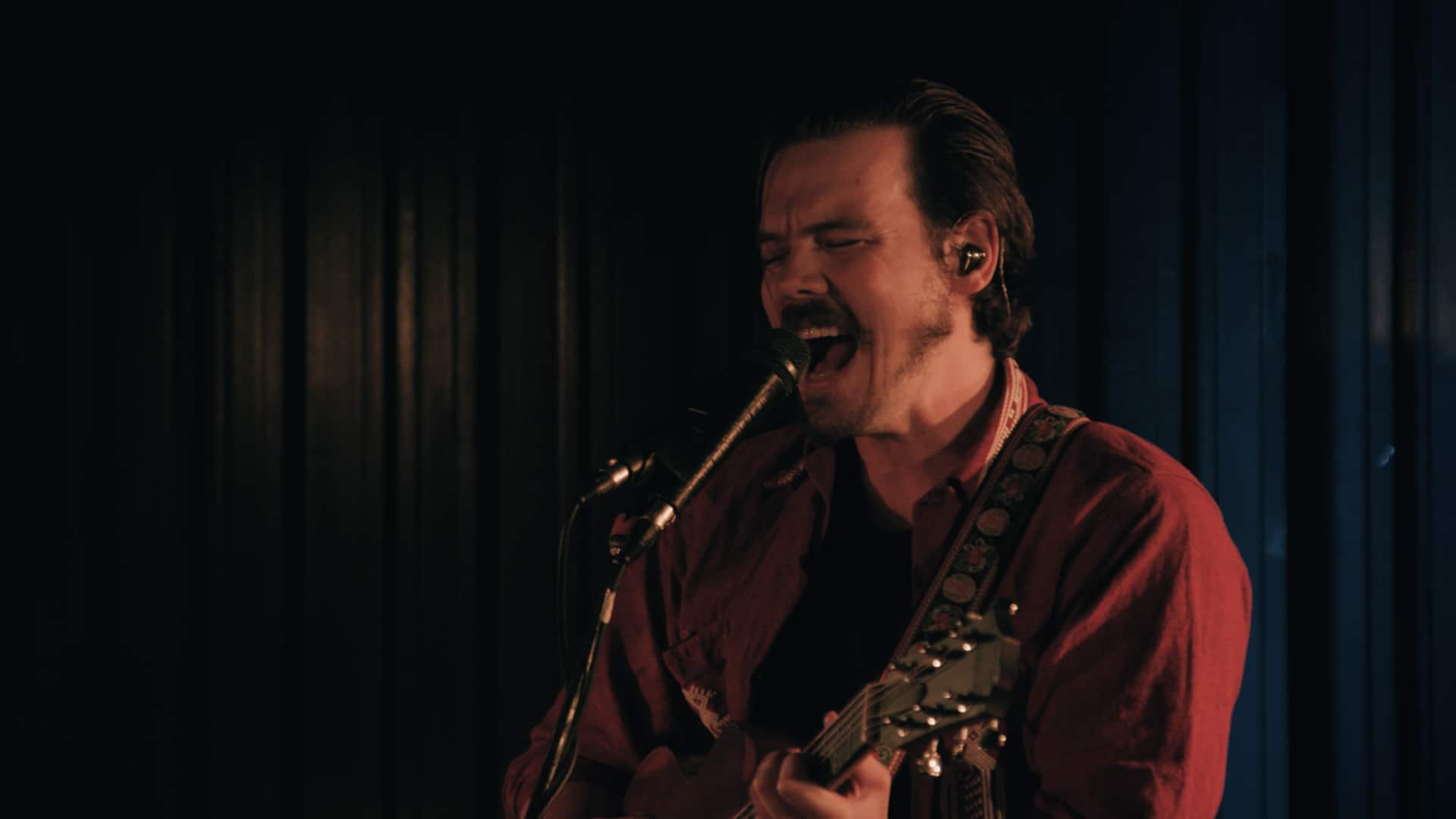 As we edge into winter's tight grip, there's a special stillness that comes with reminiscing to Case Study 01's "Cyanide," the sultry, Kardinal Offishall-assisted ballad that feels like those last few hours of fading summer light and stomach butterflies, all at once. On the singer's sophomore followup to his celebrated debut, Caesar delves deeper into questions of love, sexuality and philosophy, setting the visual and sonic scene ahead of what might be his most interesting albums to come. — JH

Teenage melodrama is important — it's unfiltered, it's urgent and its larger-than-life feelings are valid representations of a person who is just beginning to figure out their life. Hey, I'm Just Like You, Tegan and Sara's album of revamped teenage demos, honours the duo's younger selves by taking those nuggets of ideas that were jotted down in their childhood bedrooms and blowing them up into the pop-rock anthems that they always knew they could be. — ML

Riit's debut is immersive and radiant; a generous and expansive invitation into her world (Panniqtuq, Nunavut). It's a buoyant, brilliant art-pop album sung in Inuktitut and featuring songs solely by Northern artists, wherein synths glimmer and electro beats gleam, and Riit graciously extends the shared heartbeat of her people through throat singing. — AW 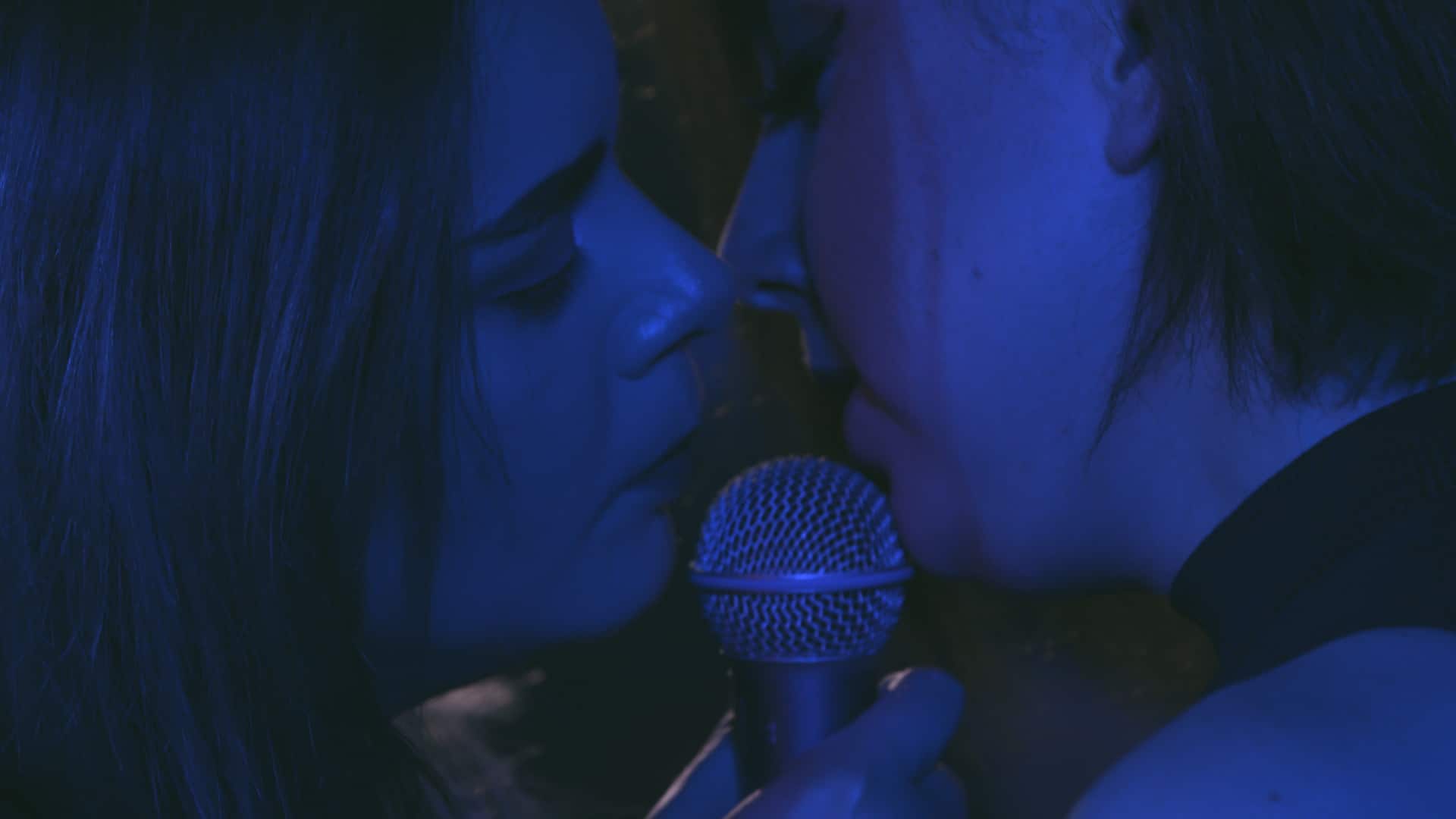 5. Thanks for the Dance, Leonard Cohen

You Want it Darker, the album Leonard Cohen released not a month before his death, seemed a perfectly crafted end note from a man who was ready to face life's end ("Hineni, hineni/ I'm ready, my lord," he sings on the title track). So we weren't sure what awaited us with Cohen's posthumous album, produced by his son, Adam Cohen, and featuring vocals that the late songwriter recorded during those last album sessions. The result isn't superfluous, but instead a loving elegy to Leonard that centres that gruff, stripped-down baritone, with Leonard's lyricism, wit and complicated heart front and centre. "Thanks for all the dances/ one-two-three, one-two-three, one," he sings on the title track, counting off his waltz, gently twirling us into a world where he no longer exists. — HG

4. Do You Drive?, Clairmont the Second

There are few adequate ways — save for taking out a billboard or shouting from the rooftops — to properly describe Clairmont the Second's wildly underrated hip hop artistry. Writing, producing, mixing, mastering and creative directing his latest eight-song collection, the Toronto rapper borrows influence from soulful, mid-'90s Cali rap in crafting everything from late-night, lo-fi reflections to bounce-heavy bangers like the standout single "Grain." Do You Drive? is a special glimpse into the bright next wave of Canadian hip hop, and no one's more fit to front that charge than Clairmont. — JH

Orville Peck's debut subverts cowboy mythology and centres queer narratives. It's a country album for the underground, a buzzing neon landscape of gritty-but-glam new-wave twang and surf-punk strut beneath Peck's classically trained voice. It is a tiny miracle, the perfect curve of a horse's neck, the hug of a man who doesn't want anything from you. — AW

Carly Rae Jepsen admits that she doesn't "know a thing about" real love, but that's all she wants. It's a funny statement given that the pop star has built an entire career examining love from every possible angle. But it's her ability to spin sparkling fables around the subject — and most importantly, make us feel love's potential on a visceral and gleefully abashed level — that makes her a true virtuoso in her sphere. Dedicated convinces us of the power of love, and sets us on the same wild pursuit that Jepsen herself is on. — ML

"This is the first time that I've been able to speak my truth, my narrative and have an album that's based on that theme," Haviah Mighty said this year, as she became the first rapper to win the Polaris Music Prize in the award's 14-year history. 13th Floor is Mighty's debut full-length, a powerful — and empowering — set of 13 songs where she takes full control, delivering rapid-fire verses and melodies about her experience as a Black female rapper in a genre (and world) that's stacked against her rise to the top. "I gotta do two times more to get four times less," she spits out on album opener "In Women Colour," standing defiantly against those barriers — and trying to dismantle them for a generation of rappers to come. — HG 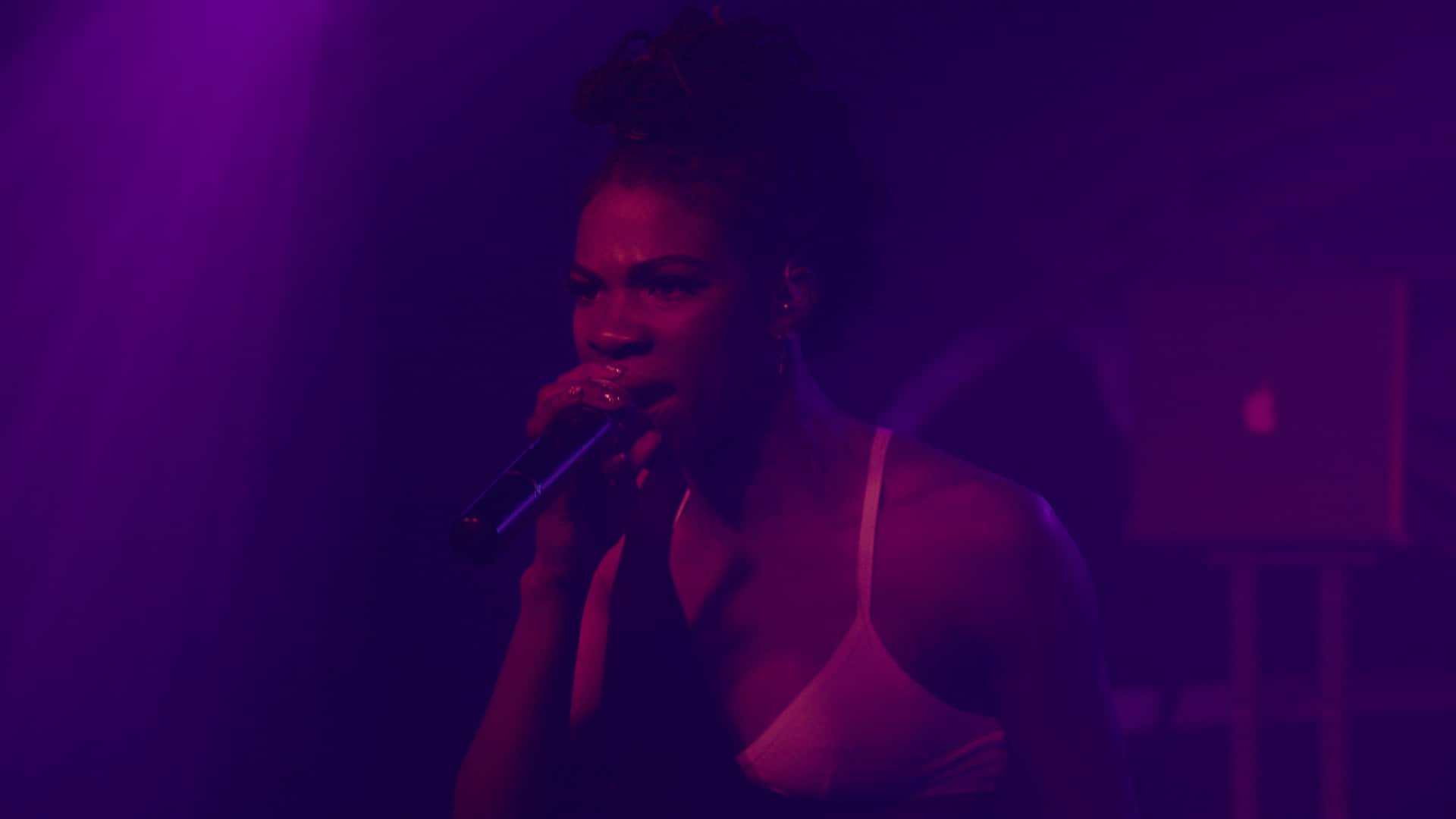