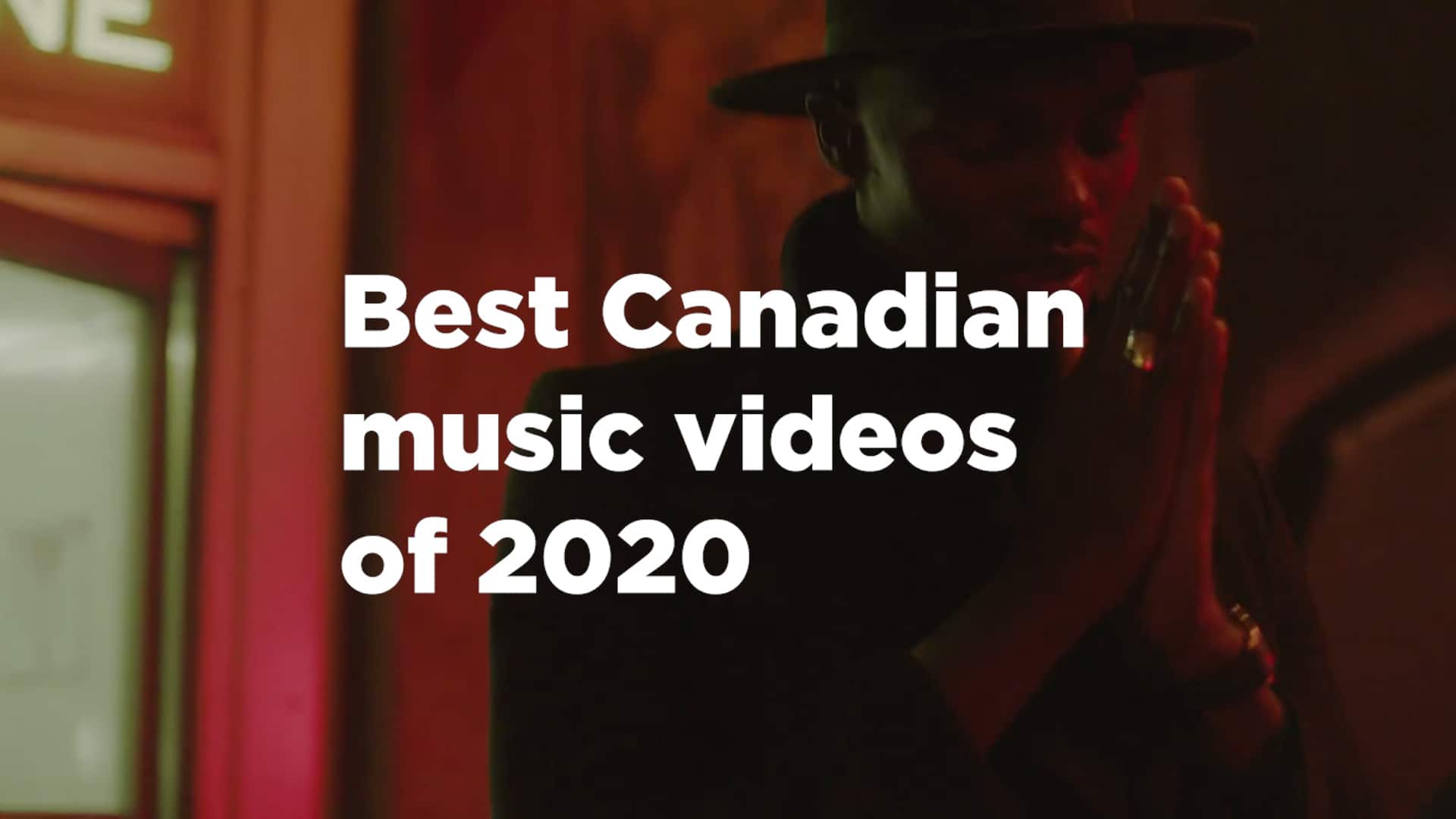 2 months ago
4:22
The 10 videos we selected as the best Canadian music videos of the year reflect a wide range of times and circumstances. Some were filmed prior to the pandemic, others were filmed during and were able to craft visual universes that temporarily took us away from our own. But the one thing that united them all was a creative spirit and drive to make something memorable. 4:22

Like many things this year, shooting music videos became trickier under pandemic restrictions. Similar to the film industry, directors, crews and artists had to find new ways to innovate the art form while maintaining a safe work environment. As a result, some artists resorted to creative ways of filming themselves in isolation — laptop cameras, phones, makeshift green screens — while others were able to resume bigger budget productions as COVID-19 cases fluctuated over the months.

The 10 videos we selected as the best Canadian music videos of the year reflect a wide range of times and circumstances. Some were filmed prior to the pandemic, others were filmed during and were able to craft visual universes that temporarily took us away from our own. But the one thing that united them all was a creative spirit and drive to make something memorable.

Hit play, above and below, and check out our picks. What were some of your favourite music videos of the year? Share with us @CBCMusic.

The things happening in the Weather Station's "Robber" video are fairly mundane: a newscaster interviews strangers, someone delivering food tries to find his destination and a dancer performs for an audience. The discomfort of it comes from the fact that this is all happening in a forest-filled microcosm to, as Weather Station's Tamara Lindeman said in a press release, capture the "disorientation of participating in capitalism and performance in general, where it can feel like power and co-option, self actualization and violation, sometimes all at once." The result is a dreamscape that feels anything but dreamy — a hall of mirrors that shatters our everyday thinking.

A mob story with a twist, Daniela Andrade's "Tamale" is a loving tribute to her family's tamale business. In contrast to the machismo of mob tales, Andrade, who co-directed this video with Justin Singer, turns the spotlight on the women in her life. Images of women crowded around a table assembling corn husks and maize is often seen as domestic, but in "Tamale," it's seen as an art form that's both empowering and frankly, badass.

Co-directed by Lido Pimienta and Paz Ramirez, "Eso que tu Haces" is a vibrant celebration of Pimienta's birthplace of Colombia. Shot in San Basilio de Palenque, and featuring Colombian dance group Kumbe, the video lets us see the country through Pimienta's eyes, a loving gaze that beams with light and warmth.

The energy that goes into Clairmont the Second's music and videos is palpable. A great example of that is "Dun," which was directed and edited by the Toronto rapper himself. Featuring a split screen that often mirrors his lyrics — images of bibles, ice baths and shots of Toronto streets are timed to his urgent words — Clairmont's sharp cuts give us a small glimpse into an entire world he's constructed. And all in under two-and-a-half minutes.

Part Nike ad and part Drake parody, "Laugh Now Cry Later" continues to prove that the Toronto rapper is a master of memes. Shot entirely at Nike's world headquarters, the music video pokes fun at Drake as he gets dunked on by Kevin Durant, tackled by Marshawn Lynch and even gets caught shedding some tears. But don't be fooled: Drake is definitely laughing along with you.

When you revisit the early years of Justin Bieber's career, the pop star was almost always surrounded by people. Whether it's his legions of fans or a growing entourage of yes men, young Bieber was carrying the weight of a lot of people on his shoulders. This year, Bieber opened up for the first time about just how isolating those years were: he was depressed, his drug use was spiralling out of control, and some days, he even contemplated suicide. "Lonely" is Bieber at his most vulnerable. In its chorus, he howls, "I'm so lonely," like a cry for help. And in the music video, actor Jacob Tremblay perfectly captures the anguish that threatened to swallow Bieber whole. The video for "Lonely" is simple, but effective in helping us see Bieber's life through a more empathetic lens.

Toronto is often seen as the hip-hop capital of Canada, but outside of a couple of big collectives, most artists operate on an island by themselves. That's what makes the super group of artists on Tobi's "24 (Toronto Remix)" feel so exciting and fresh. Shot on the coldest day of this year, this posse cut video highlights each artist with the streets of Toronto as the backdrop. To see these collaborators thriving sends an inspiring message to those who want to follow in their footsteps.

A cowboy western is projected onto the big drive-in screen in "Legends Never Die," but the tale of this collaboration between Canadian country stars Orville Peck and Shania Twain feels more like a fairytale. "It was incredible to be around her working because she's just such a boss," Peck told CBC Music back in August, noting that her music made him feel empowered growing up. And not only do the two share lots of chemistry on-screen, but "Legends Never Die" feels like Twain passing a baton to Peck, crowning him the new crossover king of country music.

'In Your Eyes,' the Weeknd

From the very beginning, the Weeknd had a vision for his latest album, After Hours. Visually, all of his music videos are puzzle pieces that fit together to tell a full-length story of a long night filled with debauchery, suspense and violence. (According to the Weeknd, one of his biggest reference points was Martin Scorsese's 1985 film that shares the same name as his album.) Whether he was taking his character onto late-night stages or giving performances as a decapitated head, the Weeknd kept fans entertained this year.

The puppet-loving child inside us couldn't resist this late addition from Sarah Harmer. The video for "Little Frogs" literally features a frog puppet (created by director and puppeteer Ali J Eisner) and his charming small-town life. From picking flowers to dueting with Harmer in a barn, "Little Frogs" is a flannel-clad slice of life that feels simply utopic.