She was in more distress than those at the Cobequid Wildlife Rehabilitation Centre had ever witnessed, but now she’s flying again. 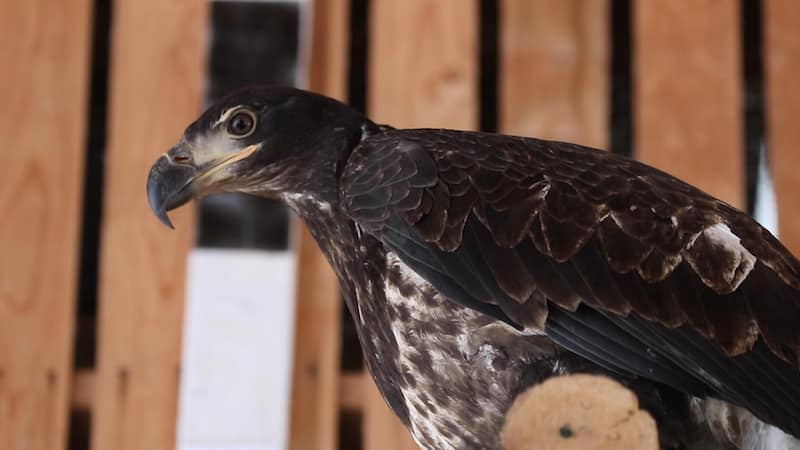 6 months ago
2:30
She was in more distress than those at the Cobequid Wildlife Rehabilitation Centre had ever witnessed, but now she’s flying again. 2:30

Off the Bay of Fundy in central Nova Scotia, it's all too common to find wild animals suffering from lead poisoning after ingesting the remains of game left for dead by hunters. That was the case for one such animal, an eagle, who was in rough shape when she was brought to the care of Murdo Messer, a volunteer rescuer at Cobequid Wildlife Rehabilitation Centre. There, she quickly earned a reputation. She clawed and kicked at Messer every time he tried to reach into the crate to bring her treatment — he'd never experienced an eagle in such distress.

Treatment for lead poisoning involves an x-ray and chelation therapy, a process where medicine that binds to the toxins in the blood is injected and then excreted through the kidneys. While healing, the eagle is kept in a holding pen covered with a blanket to keep her calm, as the slightest of noise puts her in more distress.

After a few months, her health finally started to come around, she regained her appetite and started flying around the bird enclosure with boisterous energy. Messer jokes that he looks forward to releasing the bird and never seeing her again — as he says, "She is a wild animal and her survival is dependent on as little human contact as possible."