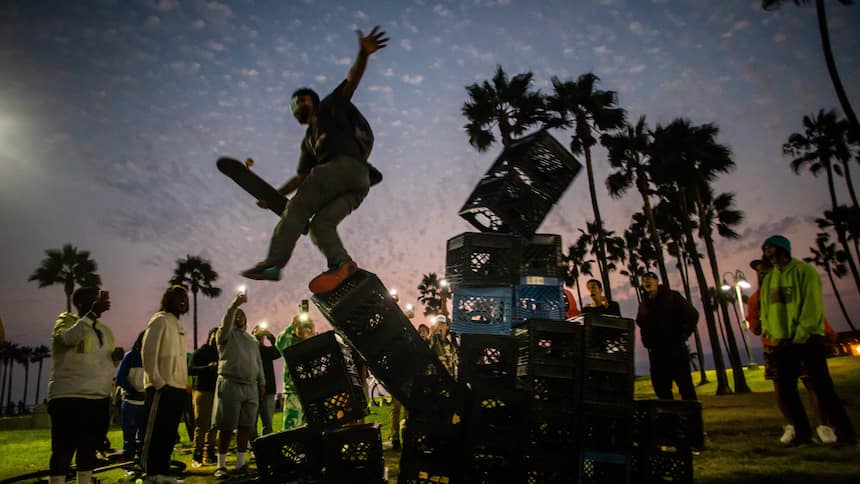 Lately, people around the globe have been falling for milk crates — literally.

But the fun might be reaching its expiration date.

On Aug. 27, TikTok announced that it had banned all videos featuring the milk crate challenge after reports of serious injuries experienced by some who have attempted the viral craze.

The challenge gained huge popularity on the app within the last few weeks and features users stacking and then trying to climb a pyramid of milk crates, often falling in failure.

Why the TikTok ban?

In a statement, TikTok said that the challenge violated its community guidelines by promoting dangerous acts.

“TikTok prohibits content that promotes or glorifies dangerous acts, and we remove videos and redirect searches to our community guidelines to discourage such content,” it said in a statement to CNN.

You can no longer search for the milk crate challenge hashtag or keywords, and videos of the challenge have been scrubbed from the site. 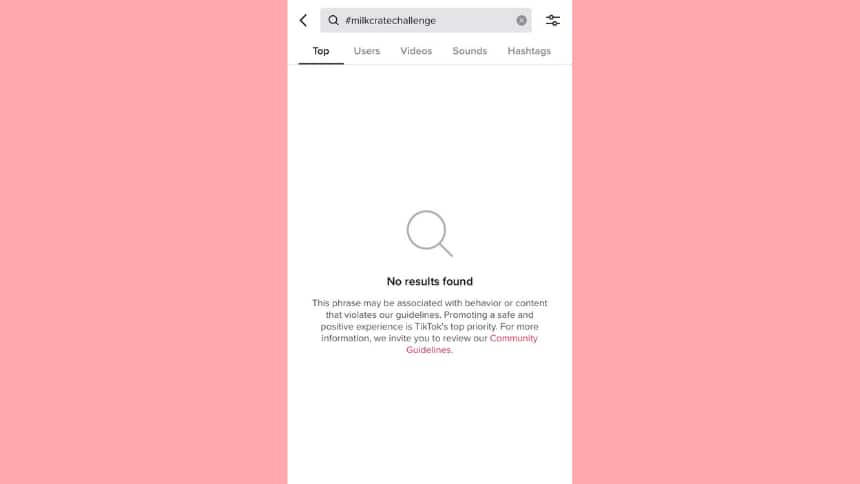 According to KnowYourMeme — a website that documents the history of internet trends — the challenge has its origins in a 2011 YouTube video but didn’t go viral until August 2021.

Over the last month, the challenge has surged in popularity as people have taken it from a backyard activity with friends to greater and greater heights, literally. 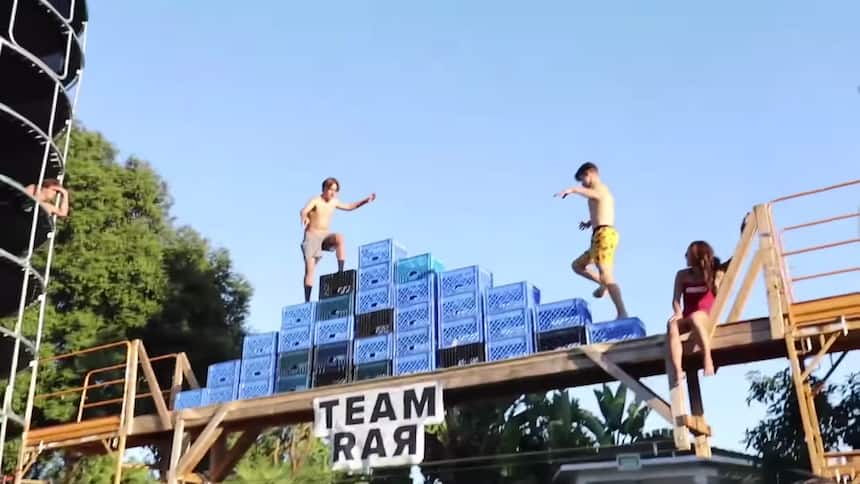 Participants in the challenge have continued to up the ante, using greater numbers of milk crates or attempting the challenge in dangerous locations. (Image credit: Jack Doherty/YouTube)

This follows the trend of past online challenges that increase in scope and danger as users try to one-up each other for clout. 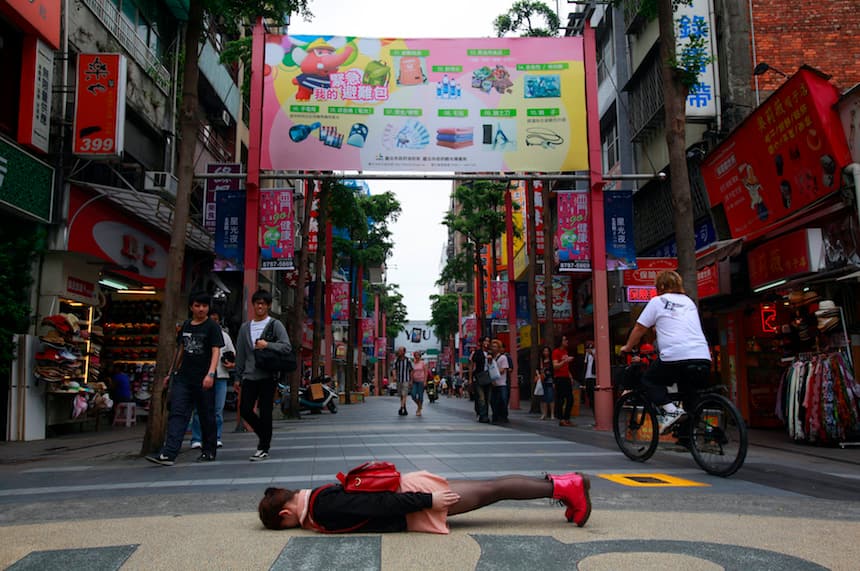 The planking challenge, which first emerged in 2009 and involved holding a plank in unconventional places, also resulted in many injuries. Most kept it safe with planks on park benches, but some attempted the challenge from the tops of skyscrapers and other dangerous locations. (Image credit: Nicky Loh/Reuters)

Because milk crates are so unstable to walk on, the challenge is built to see participants fail, and reports of injuries have been mounting. 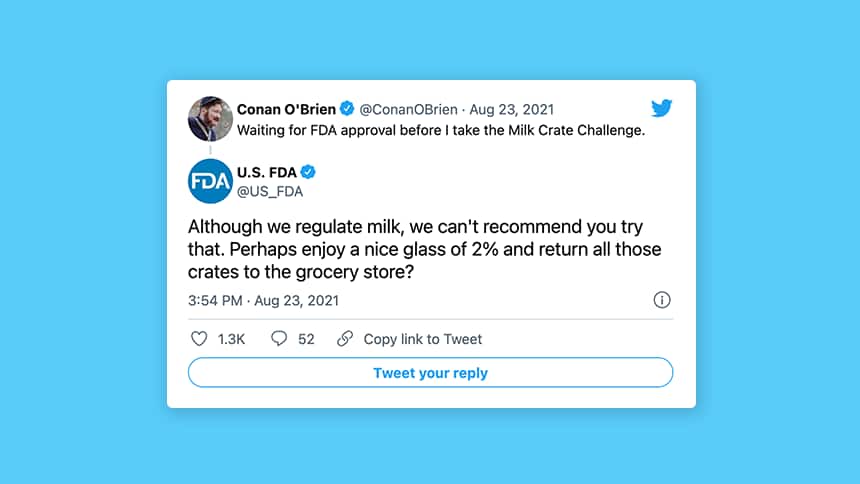 Although the number of injuries so far is unclear, U.S. doctors, including several interviewed in a recent Washington Post report, say that they’ve seen patients coming into the ER with fractures, broken bones and other injuries.

Dr. Kirstin Weerdenburg, a pediatric emergency physician at the IWK Health Centre in Halifax, said she and her colleagues have yet to see an injury but have been hearing of doctors around Canada and the U.S. seeing injuries as a result of the challenge.

She said you can see from the videos how dangerous the challenge is, especially because people aren’t wearing helmets and are doing the challenge on concrete and other dangerous areas. 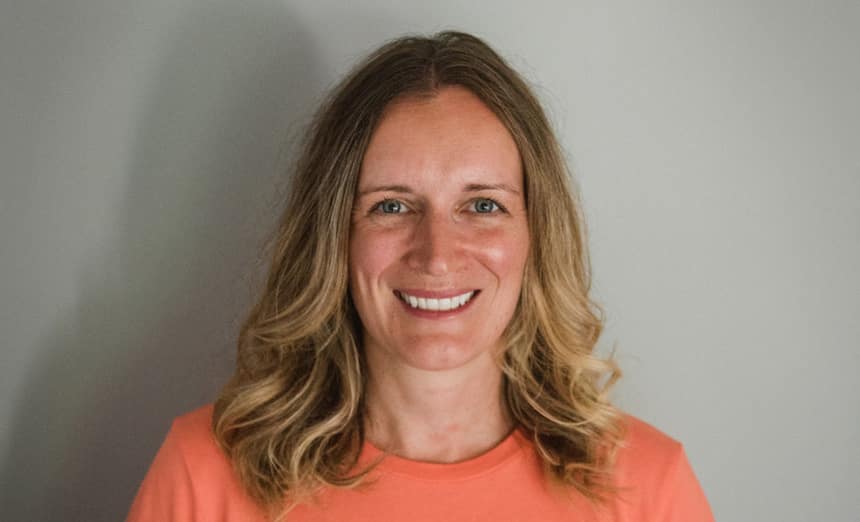 “I was looking at a milk crate the other day and thought, those are kind of flimsy. I can’t believe people are standing on those things.”

She said that just seeing the way people fall, arm and leg fractures are a particular risk, but the biggest concern is the possibility of a head injury.

“Getting a concussion or injuring your head can have lifelong implications, especially for the young developing brain. It's really concerning for me.”

Weerdenburg said that “this isn’t the last challenge like this we’re going to see” and that kids are natural risk takers, but it’s important to consult an adult with any risky activity you do.

“Discuss it with a responsible adult or caregiver, somebody that may know a little bit about the risk that they're putting themselves in and how something can be done safely.”

Interestingly, you can still find the challenge on other social networking sites such as Instagram, which is owned by Facebook. 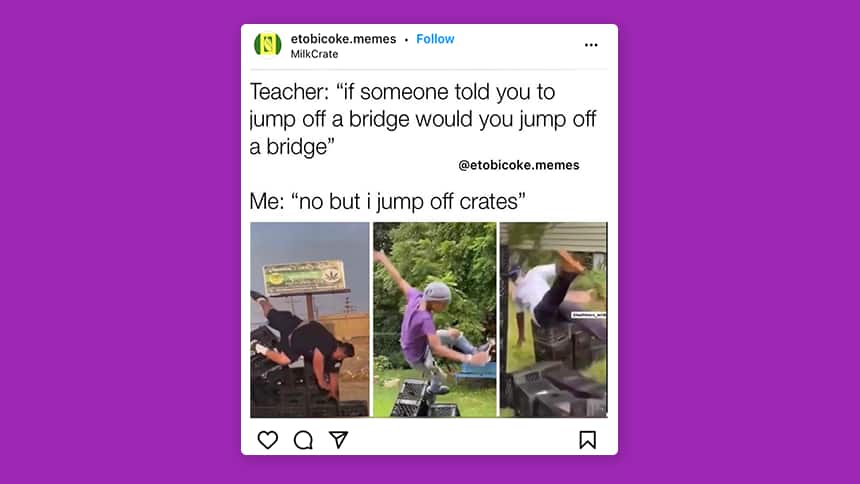 “We have strict policies against co-ordinating harm, including content that depicts, promotes or encourages dangerous viral challenges. We remove this content whenever we become aware of it,” it said in a statement to CBC Kids News.

The social network hinted that a ban could be coming soon.

“We’re always evolving our policies to make sure they are staying up-to-date with evolving trends. This includes designating new dangerous challenges as violating as they emerge.” 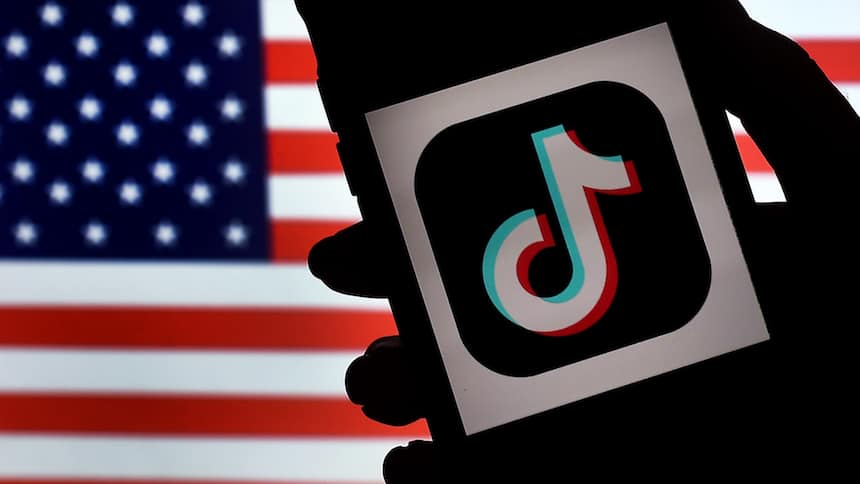