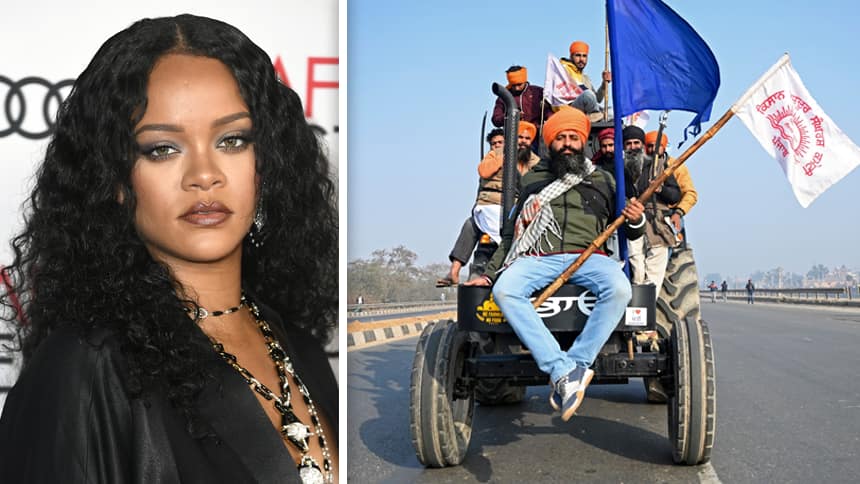 Why Rihanna and Greta Thunberg are tweeting about farmers in India

A controversy that’s been happening on the other side of the world since November caught the attention of some major celebrities this week.

Singer Rihanna and climate activist Greta Thunberg have been speaking out on social media about the hundreds of thousands of Indian farmers who have been gathering around India’s capital of New Delhi to protest new farming laws.

They also say they were never consulted on these new laws. For the last two months, most of the protests have taken place in and around India's capital, New Delhi. (Graphic design by Philip Street/CBC)

So how did this start, and how is the government of India handling it?

What are the farmers protesting?

The farmers are angry about three agricultural reform laws the Indian government passed in September. They say they were never consulted on the changes. 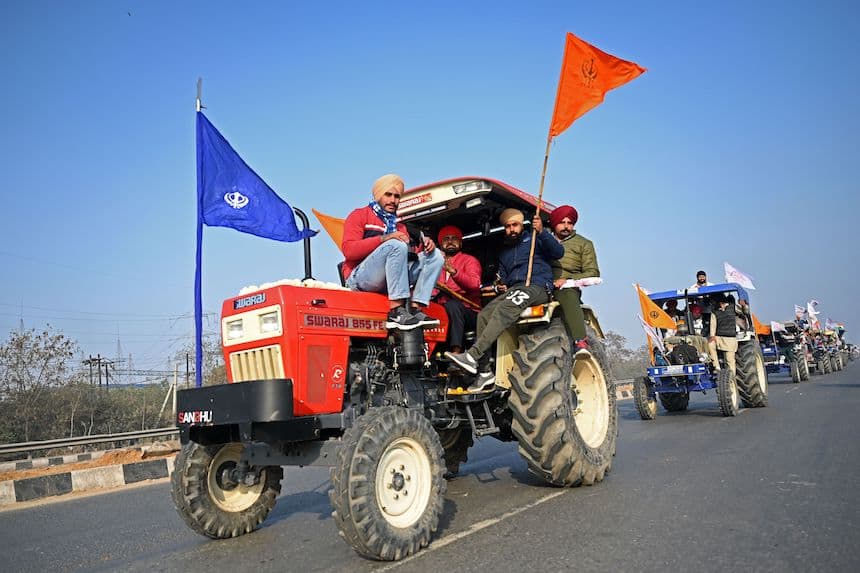 Since November, farmers in India have been staging tractor rallies and blocking highways on the outskirts of New Delhi. (Image credit: Money Sharma/AFP/Getty Images)

Most farmers currently sell the bulk of their produce at government-controlled wholesale markets, known as mandis.

They say the new laws will lead to the government no longer buying their grain at a guaranteed minimum price, and will allow big corporations to drive down prices and run small farmers out of business.

The government says the new laws will make the farming sector more efficient, allowing farmers to market their produce and boost production through private investment. 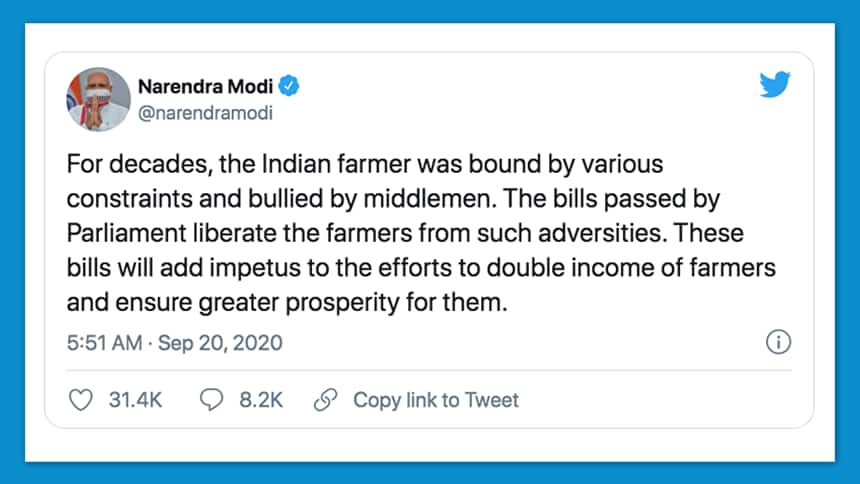 When did the protests begin?

Farmers have been protesting the laws since August in the northern states of Punjab and Haryana. 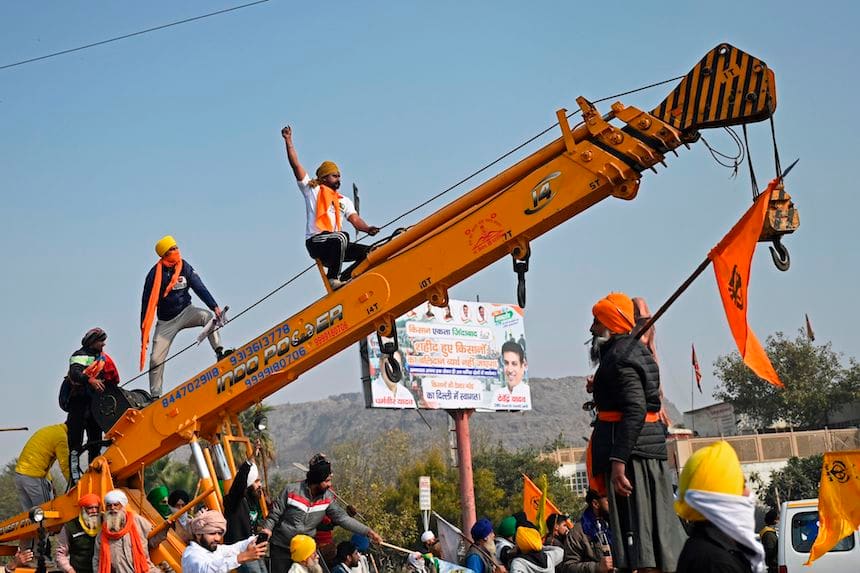 In late November, things escalated as tens of thousands marched to New Delhi, where they clashed with police and started blockading highways.

Since then, tens of thousands of farmers have been camped out on the outskirts of New Delhi,  staging massive tractor rallies, highway blockades, and even hunger strikes to protest the three new laws.

On Jan. 26., a planned tractor parade on India’s Republic Day anniversary turned violent when some protesters deviated from pre-agreed routes, tore down barricades and clashed with police, who used tear gas to try to restrain them. 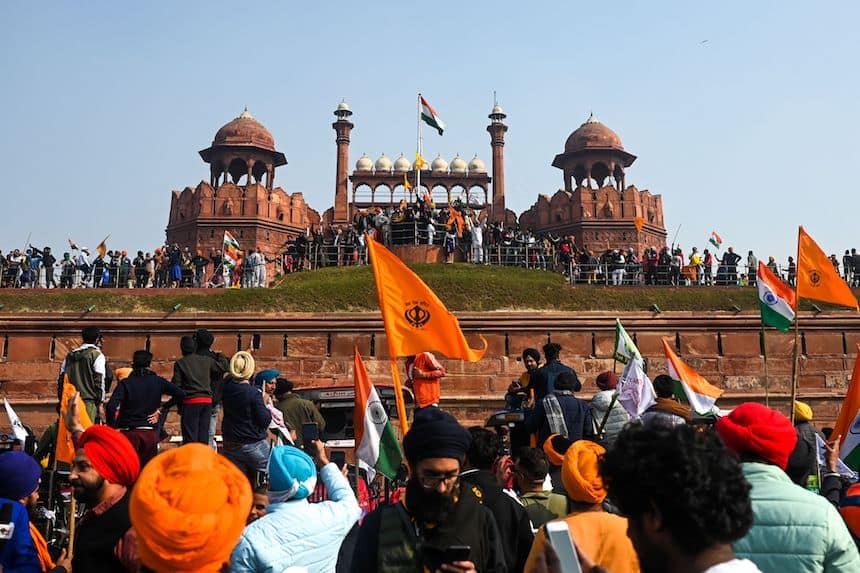 Thousands of Indian farmers overwhelmed police on Jan. 26 and stormed into the historic Red Fort complex in New Delhi after tearing down barricades and driving tractors through roadblocks. (Image credit: Sajjad Hussain/AFP/Getty Images)

Several days later, on Jan. 30, thousands of protesters took part in a one-day hunger strike, which farm leaders said was a statement of peaceful protest.

The government responded with several internet shutdowns around the outskirts of the capital.

Some Indians called that censorship, saying the government wasn’t giving its citizens the right to voice their concerns online. Farmers shout slogans during a day-long hunger strike on the outskirts of New Delhi on Jan. 30, coinciding with the anniversary of the death of Indian independence leader Mahatma Gandhi. (Image credit: Manish Swarup/The Associated Press)

The government said the shutdowns were enforced to “maintain public safety.”

Amid the protests and internet shutdowns in the past week, several prominent figures took to Twitter to show their support for the farmers.

This included pop star and fashion mogul Rihanna, who asked her 100 million followers, “why aren’t we talking about this?!” 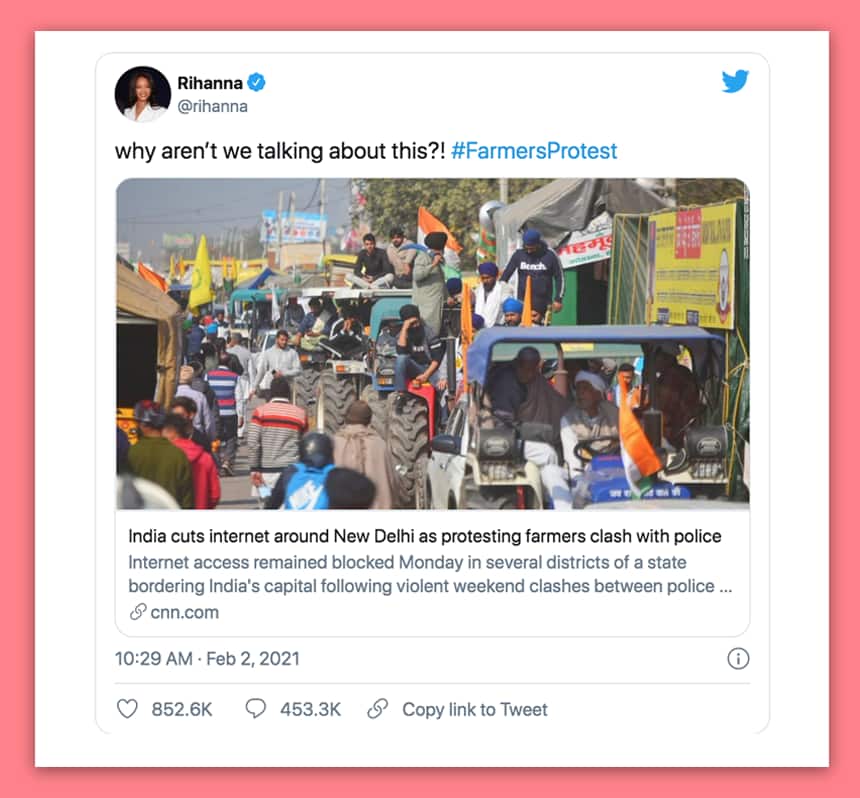 After Rihanna’s tweet, teen climate activist Greta Thunberg and other celebrities also took to Twitter to show their support. 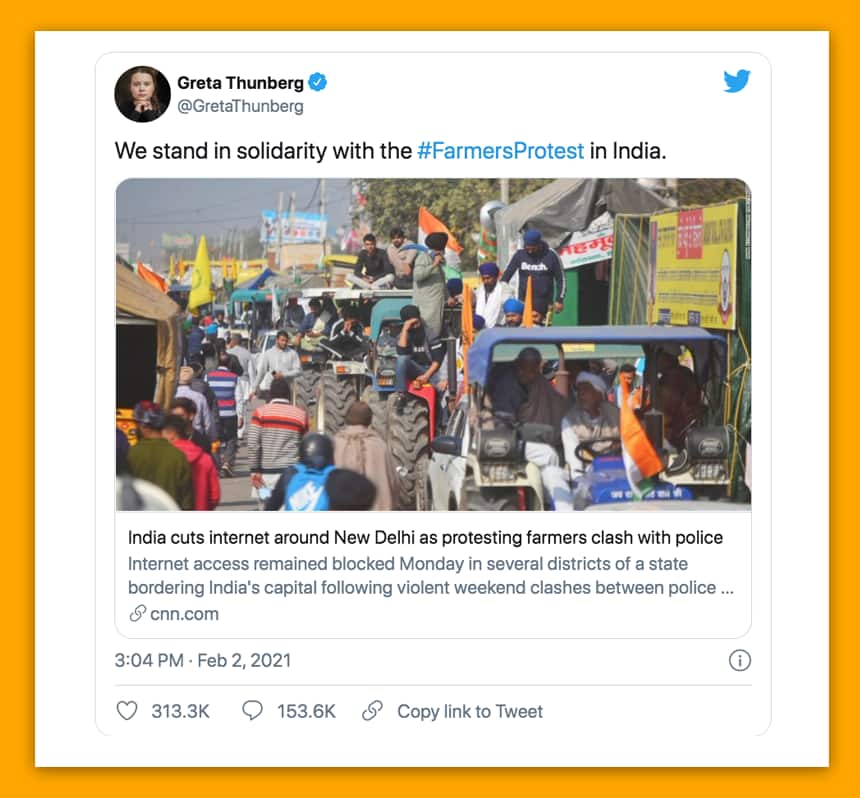 Not everyone agreed with them.

The Indian government also fired back through a statement from the Ministry of External Affairs, saying that celebrities shouldn’t jump on a bandwagon before understanding more about the issues at hand. 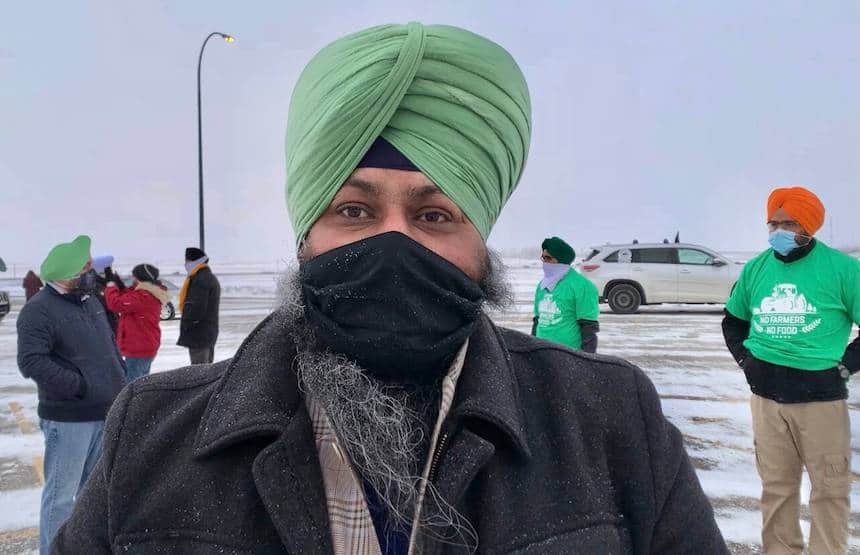 Paramjit Singh was one of dozens of Calgary Punjabis who drove cars and trucks to Edmonton on Jan. 26 as part of a highway convoy to show solidarity with protesting farmers. (Image credit: Dan McGarvey/CBC)

Two sides are not budging

Since the protests began, 11 rounds of talks between farm unions and the government have failed to break the deadlock.

The government has offered to put the laws on hold for 18 months, but farmers say they will not end their protests for anything less than full repeal. 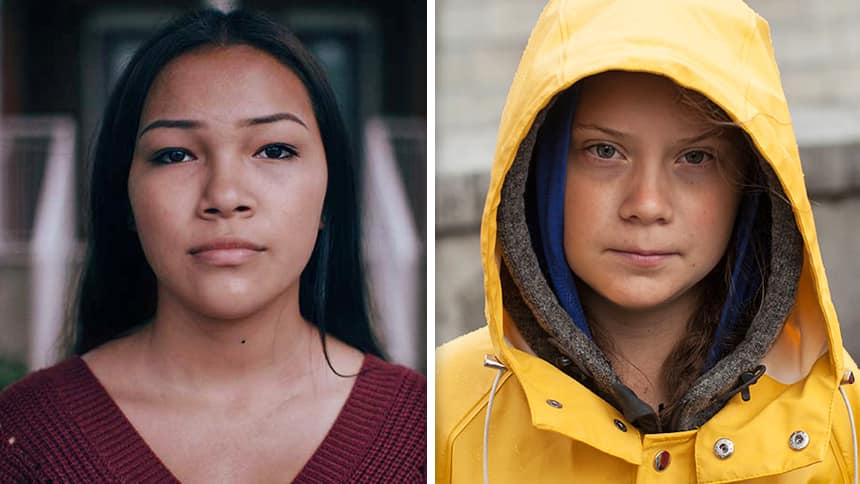 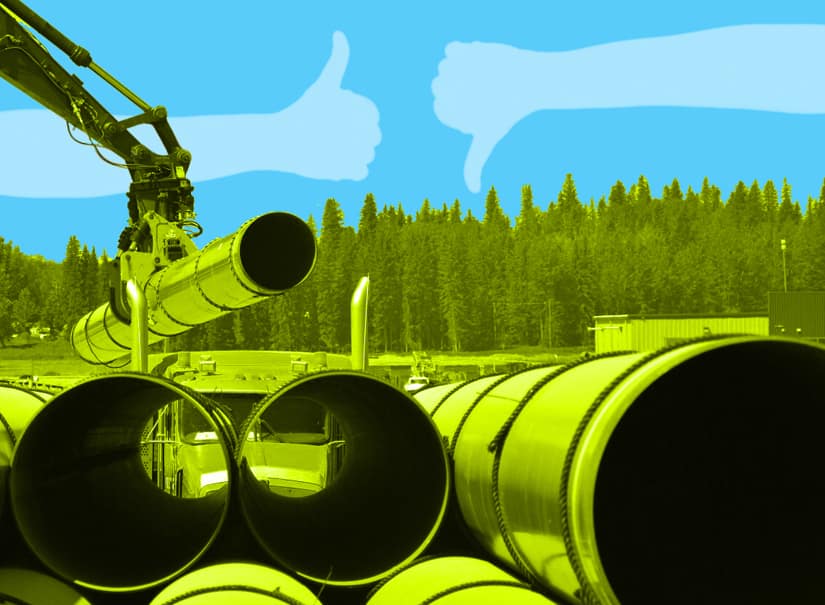 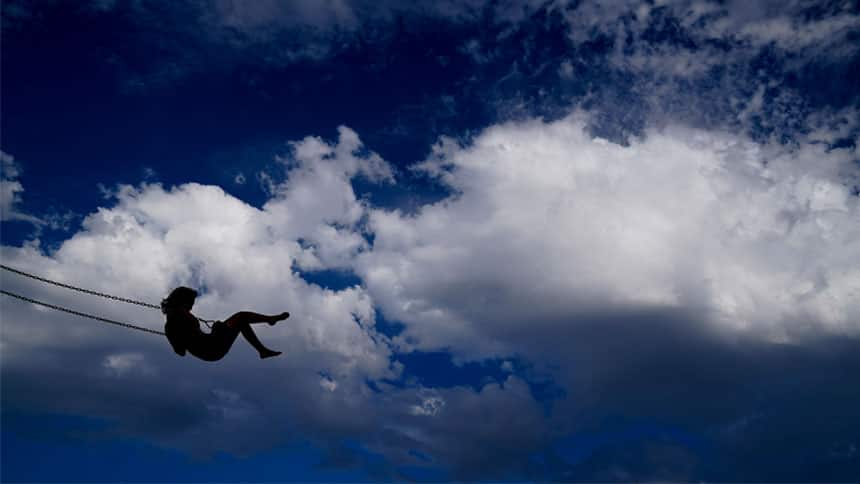