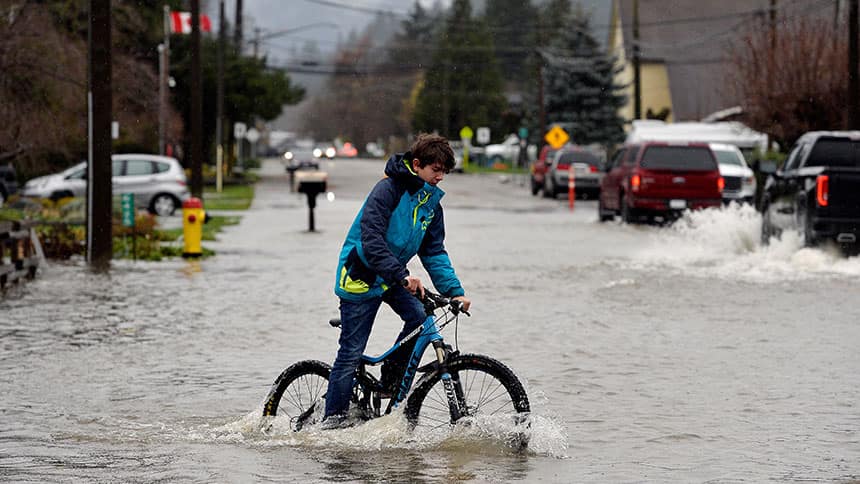 Why mudslides and flooding are affecting thousands in B.C.

People in southern British Columbia are coming together to help after heavy rains stranded people on a highway overnight and forced the evacuation of an entire city on Monday.

﻿The rain started on the weekend and eased on Tuesday.

Thousands of people are affected in multiple communities including Merritt, Abbotsford, Chilliwack and on the highway near Agassiz.

Rescue efforts brought people to safety and shelters have been set up for people who had to leave their homes.

The ﻿rain stopped, but snow and wind are forecast.

It’s a difficult time for people in that area, whether they’re recovering from hours spent stranded in their cars or living in temporary shelters.

The city of Merritt is one of the hardest-hit places.

The 7,000 residents had to leave their homes on Monday morning. 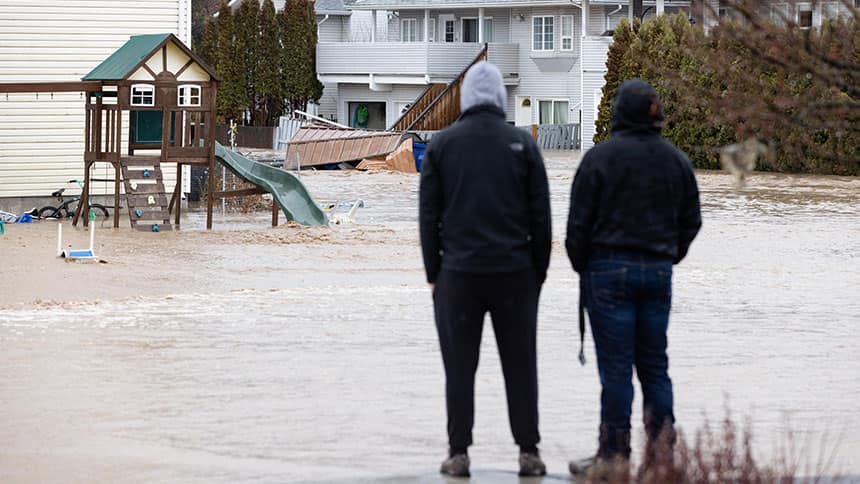 Residents of Merritt, B.C., were evacuated from the city on Monday. (Image credit: Maggie MacPherson/CBC)

The city’s wastewater treatment plant — where the waste from toilets and other sewage goes — was flooded.

That means the sewage was backed up and overflowing, causing a huge safety risk for people who could come in contact with it.

Think of it as your toilet overflowing and everything you flush down coming back up because it simply has no place to go.

Some residents stayed with friends outside Merritt and others could go to emergency shelters in nearby communities. 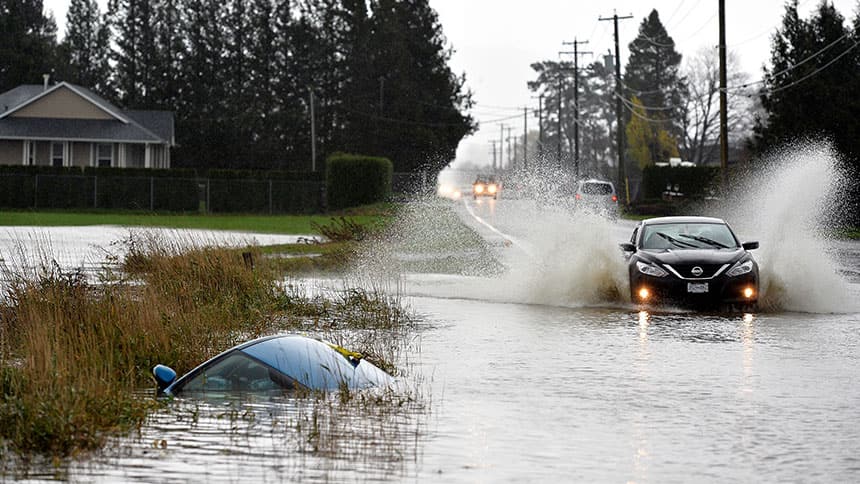 A car sits in a ditch on a flooded stretch of road in Chilliwack, B.C., on Monday. (Image credit: Jennifer Gauthier/Reuters)

Other communities in the province have also been evacuated and buildings have been flooded.

Mudslides on Highway 7 near Agassiz

About 150 kilometres south of Merritt, mudslides washed across the highway on Sunday.

People who were in their cars couldn’t drive away because the debris covered the road in several places, blocking them.

About 300 people, including 50 kids, were stranded and forced to stay in their vehicles, some overnight. 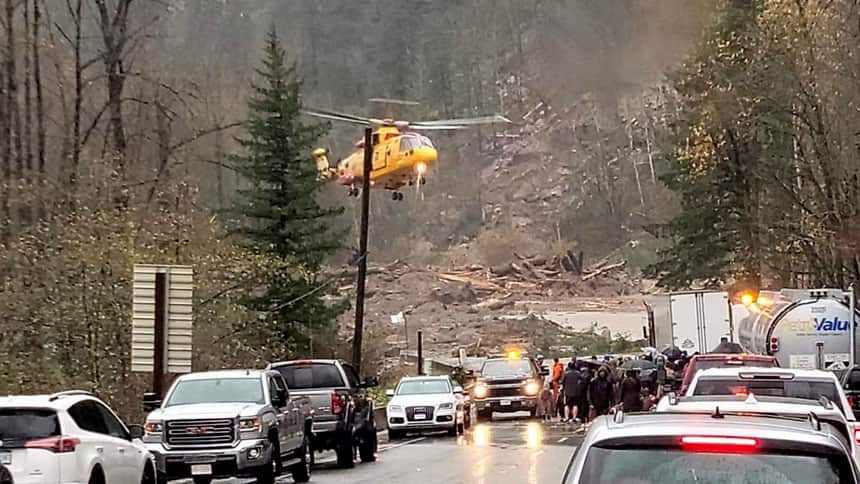 A helicopter helped airlift people to safety after a mudslide blocked the highway near Agassiz, B.C. (Image submitted by Mike Stronach)

People who were stranded reported that they were sharing food.

Canadian Forces helicopters rescued and transported the stranded people to safety on Monday. 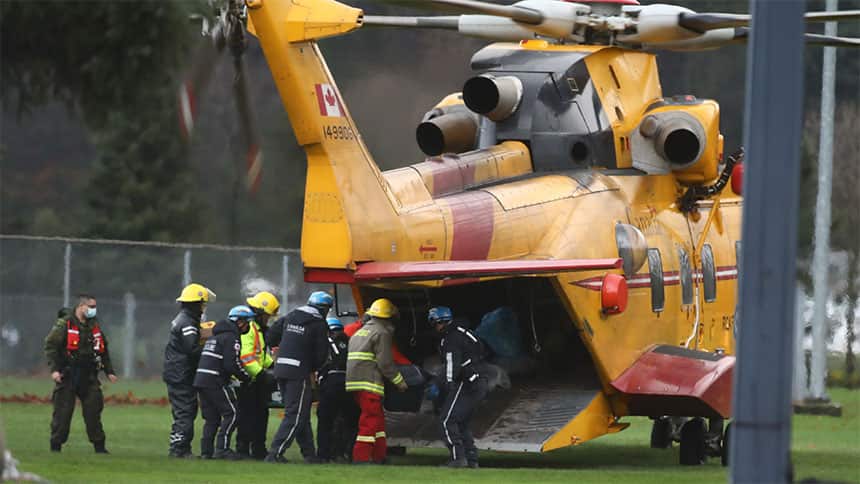 The flooding and mudslides were caused by heavy rain.

More rain fell in just a few days in B.C. than usually falls in the entire month of November.

The event is being called an “atmospheric river,” which is when currents — or concentrated areas of wind — bring large amounts of water vapour north from the equator.

It started with rain, and now a winter storm, snowfall and wind warnings are expected.

“This is definitely a rare event, if not a once-in-a-lifetime event for us here on the coast,” Environment Canada meteorologist Mike Gismondi told CBC News.

However, extreme weather events are more and more common due to climate change.

“This is the kind of thing that we certainly expect with climate change — the intensity of the landslides and floods could become worse,” said Brent Ward, an earth sciences professor and co-director for the Centre for Natural Hazards Studies. 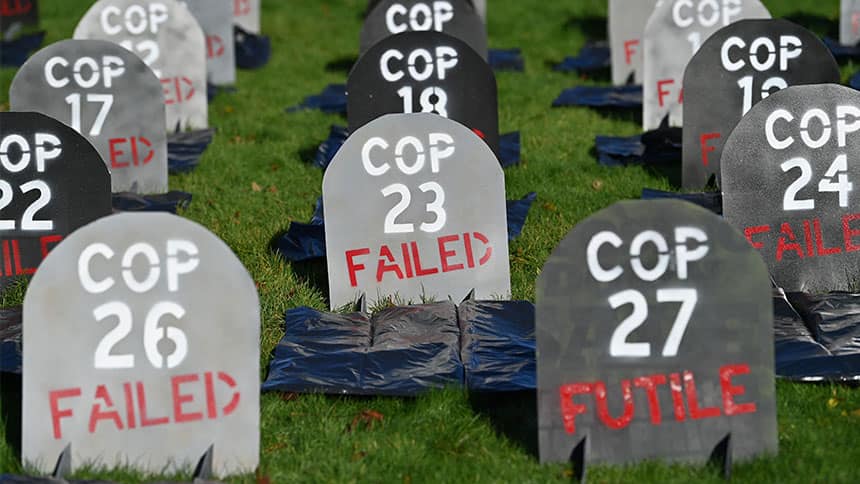