Climate activist Emma Lim said there are lessons to be learned from COVID-19. The longer we wait to act in the climate crisis, she said, the ‘more people will suffer as a result.’ (Lauren Duquette)

Over the last year and a half, we’ve seen thousands of Canadian kids skip school and fill the streets to strike for the climate.

And Canadian climate strikers aren’t slowing down, despite the COVID-19 outbreak.

But how do you rally during a time of physical distancing?

Not only are activists continuing with their plans to strike today by moving their protest online, some say they’re feeling more hopeful about slowing down the climate crisis after seeing the world’s response to COVID-19.

“I think the biggest insight it has given me is that we can come together as a nation and say that life is more important than money.” - Emma-Jane Burian, age 17

For today’s virtual climate strike, strikers will upload photos of themselves with their protest signs onto social media with the hashtags #climatestrikeonline and #digitalstrike.

Fridays for Future Toronto will be holding its own global protest from 12:00 to 2:30 p.m. ET, which will be streamed live on its YouTube channel and will include both speakers and performers, who will be practising physical distancing by staying home.

Why is it important to continue striking?

Eden Brown, a 16-year-old climate activist from Toronto, said she’s “continuing to strike during COVID-19 because the climate crisis does not stop for a pandemic.” 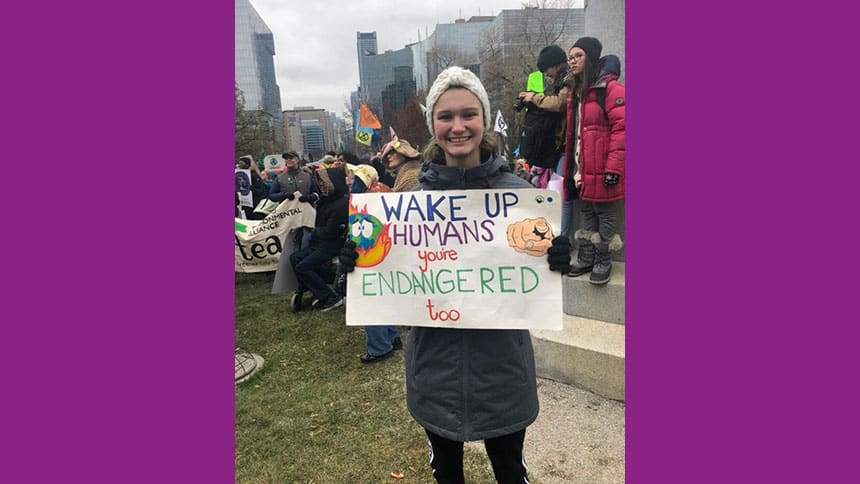 Eden Brown has been striking since May 2019 and is the coordinator of the Fridays for Future Toronto Instagram account. (Sophie Bedard)

Although a virtual strike “may not have the same impact as an in-person one,” Eden said they are seeing an increase in strikers because kids no longer have to skip class or travel to participate.

‘Running out of time’

Emma Lim, an 18-year-old climate activist from Montreal, said she is “continuing to strike because we are running out of time.”

She said that there are a lot of lessons to learn from the coronavirus in terms of how we address the climate crisis. 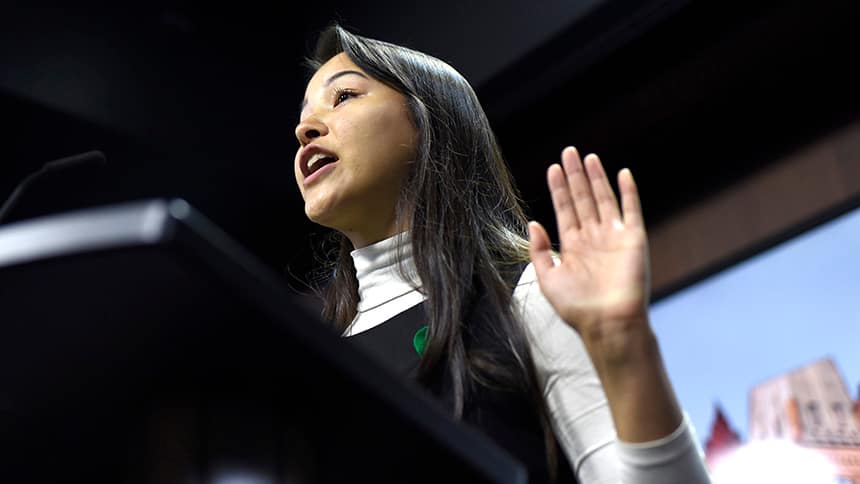 Last year, Emma Lim announced she is participating in the #NoFuture pledge, a promise to not have children unless the government takes decisive action to combat the climate crisis. (Justin Tang/The Canadian Press)

“We’re seeing how dangerous ignoring science can be,” she said, “as reluctance to respond to the coronavirus has left some countries with overwhelmed health-care systems.”

Lim said this pandemic has shown how quickly we can respond to a crisis and that the same urgency should be applied to climate.

“We’re seeing that governments are capable of decisive and drastic actions, and that everything is a lot more fragile than it seems.”

Fionnuala Braun, a 19-year-old from Saskatoon, said that seeing this quick action has actually given her “a lot of hope.”

“I’m hoping that, now that the world has seen that it is possible to make drastic change, that they are more willing and able to do what it takes to stop the climate crisis,” she told CBC Kids News in an email.

Emma-Jane Burian, a 17-year-old from Victoria, B.C., said that beyond government action, she’s been inspired by the power of people coming together. 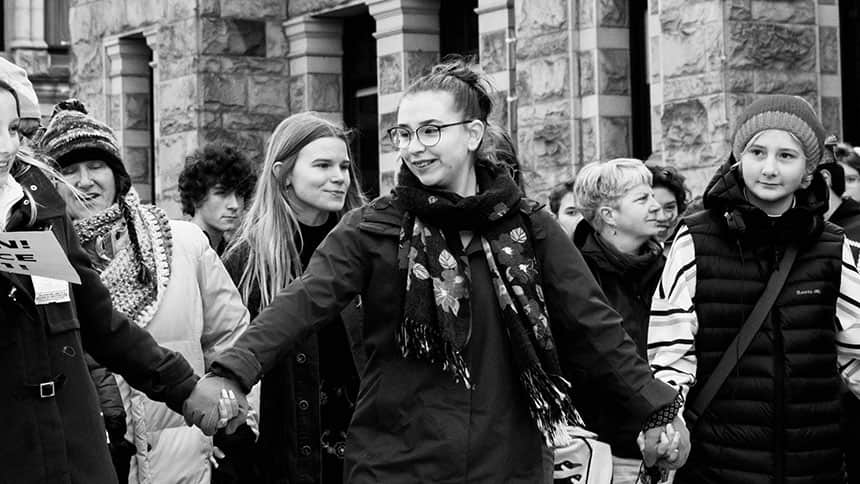 Emma-Jane Burian co-founded Our Earth, Our Future, a youth group in Victoria, B.C., that organizes and fights for climate justice. (Matt Watson)

“I think the biggest insight it has given me is that we can come together as a nation and say that life is more important than money,” said Emma-Jane.

Climate Strike Canada said it plans on launching a video chat for future online protests so that everyone can share the same space, similar to a real-life protest. 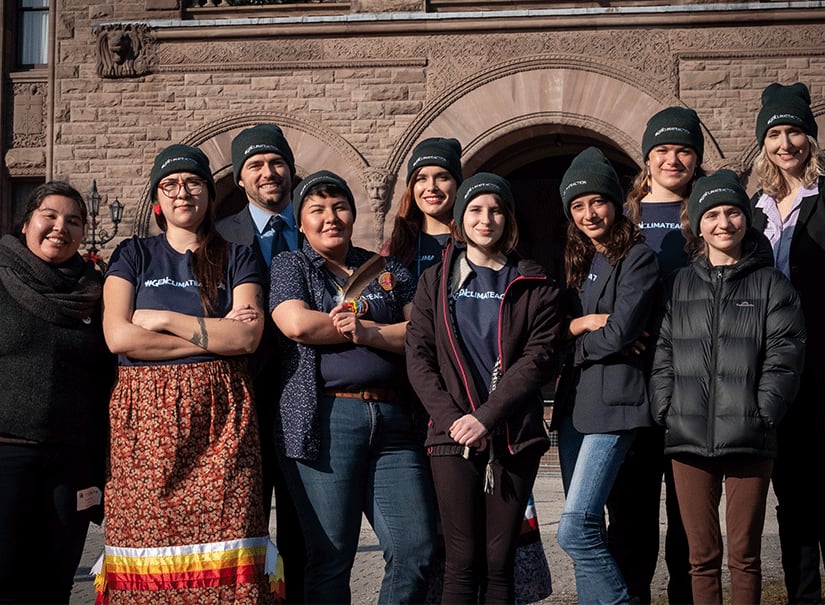