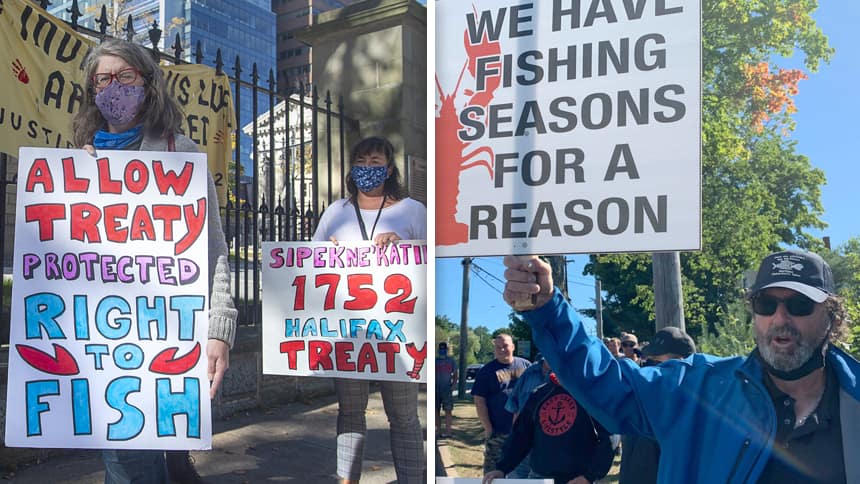 Why are people fighting over lobster fishing in Nova Scotia?

The fight is more than 20 years old

A conflict over lobster fishing rights in Nova Scotia is boiling over after several weeks of tension.

It stems from a disagreement between Indigenous and non-Indigenous fishermen about whether Indigenous people have the right to catch and sell lobsters at a time of year when commercial fishermen don’t.

Violent incidents have been mounting.

On Saturday, a facility that had stored some lobster caught by Mi'kmaw fishermen was burned to the ground in what the RCMP is calling a “suspicious” fire.

What is the lobster conflict about?

The conflict is between Mi'kmaw (Indigenous) fishermen and non-Indigenous fishermen over the right to catch and sell lobster.

In Nova Scotia, the lobster industry is a crucial part of many people’s lives.

It is an important part of the economy and there are rules to protect lobster populations from being overfished. 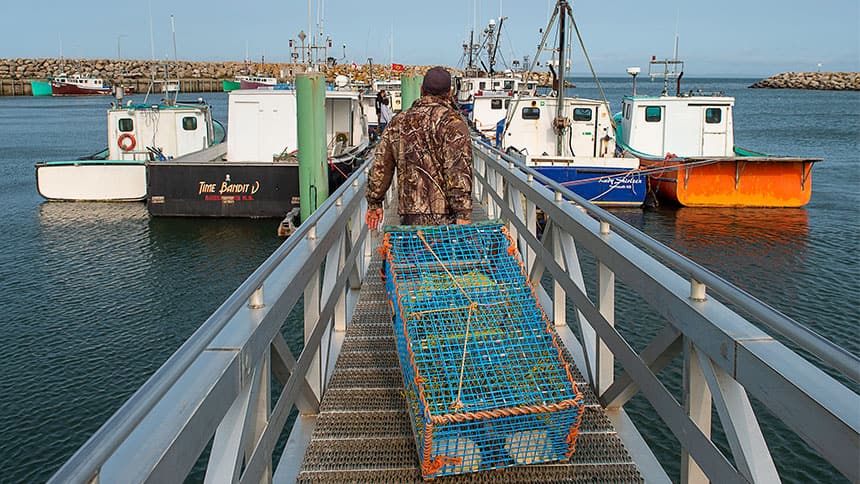 What the non-Indigenous fisherman say

Some non-Indigenous commercial fishermen are upset that Mi'kmaw fishermen are catching and selling lobsters while they are waiting for their season to start.

The lobster fishing season in southwest Nova Scotia starts in a few weeks, and until then, they cannot catch or sell lobsters. 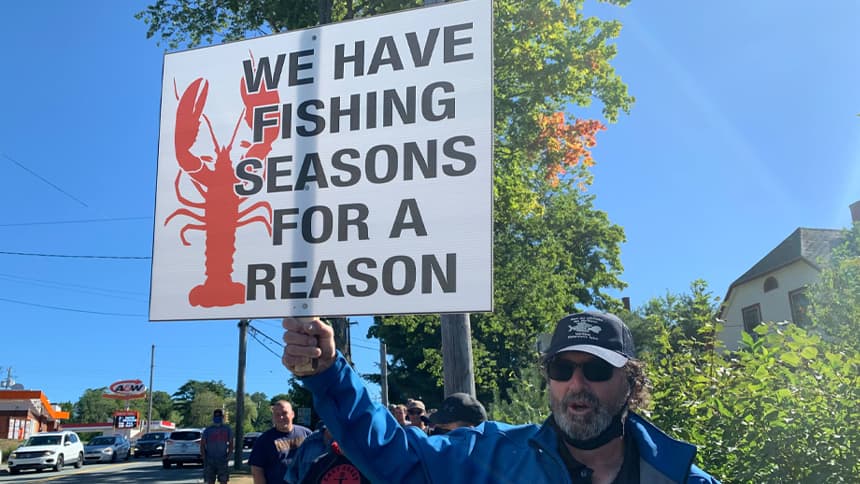 Non-Indigenous fishermen demand that the federal government stop Mi'kmaw fishermen from catching and selling lobster outside the usual season. The fishermen and their supporters have also been accused of violence. (Image credit: Paul Withers/CBC)

What the Mi'kmaw fishermen say

Mi'kmaw fishermen have treaty rights that allow them to fish and make a “moderate livelihood” from lobster fishing, even outside of the commercial season.

The tensions between the two groups increased when a “moderate livelihood” lobster fishery was opened by the Sipekne'katik band in mid-September. What does a ‘moderate livelihood’ mean?

The phrase “moderate livelihood” is at the centre of the conflict.

According to treaty rights dating back hundreds of years and a Supreme Court of Canada decision from 1999, Indigenous peoples have a right to make a “moderate livelihood” fishing.

Sipekne'katik Chief Mike Sack says that a definition of “moderate livelihood” is “unknown,” but that “the average Nova Scotia income should be at least the starting point.”

But some non-Indigenous fishermen are upset and say “moderate livelihood” has not been defined in a way that all people understand. 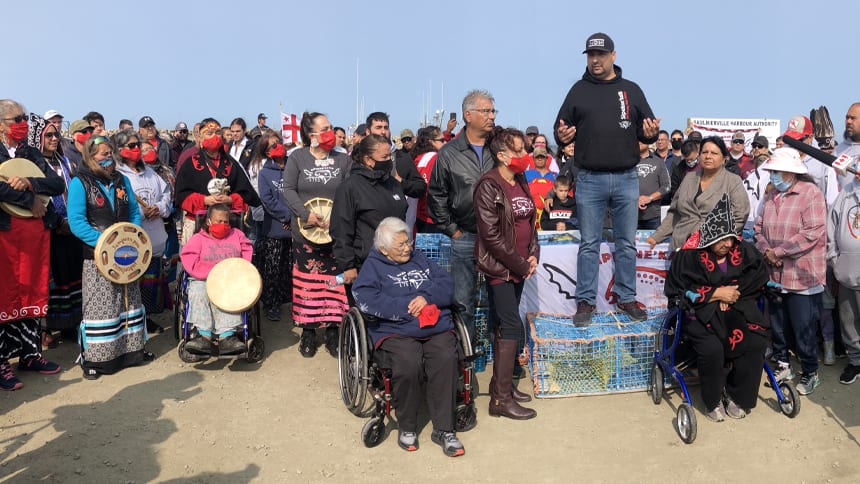 In September when the Indigenous fishery launched, Sipekne'katik Chief Mike Sack stood on a lobster trap and addressed a crowd. Mi'kmaw fishermen say it is their right to fish and that their new fishery only traps a very small number of lobster. (Image credit: Steve Lawrence/CBC)

Will there be enough lobster for everyone?

Non-Indigenous fishermen say they worry about their own livelihood if all the lobsters are trapped out of season.

Especially if the lobsters are caught during their breeding time.

Colin Sproul, president of the Bay of Fundy Inshore Fishermen's Association told CBC’s Mainstreet that “it's not appropriate for anybody to fish in a lobster molting breeding ground during the closed season. We have seasons for a reason.”

And Chief Sack responded, “There's a lot of factors we take into it to ensure that this will be preserved, this species will be there for our seven generations.” 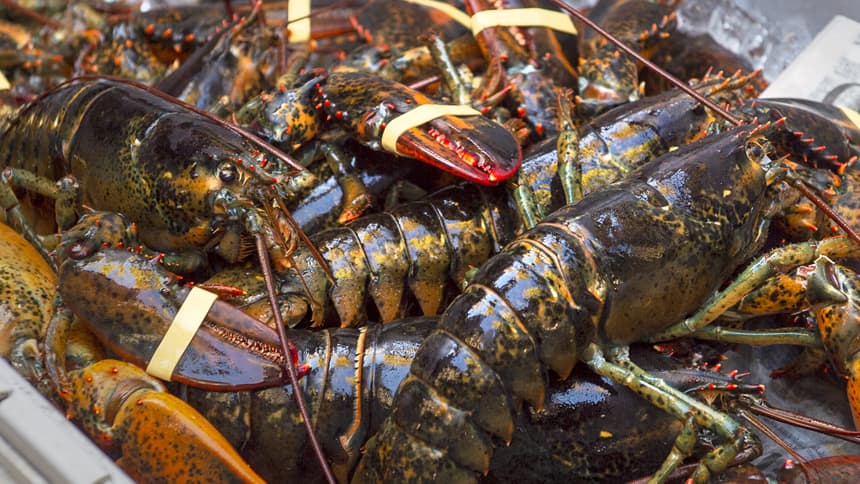 Protests, demonstrations and a fire

Some people have reacted with violence.

Sipekne'katik Chief Mike Sack was grabbed and pushed by a non-Indigenous man who has since been charged with assault. 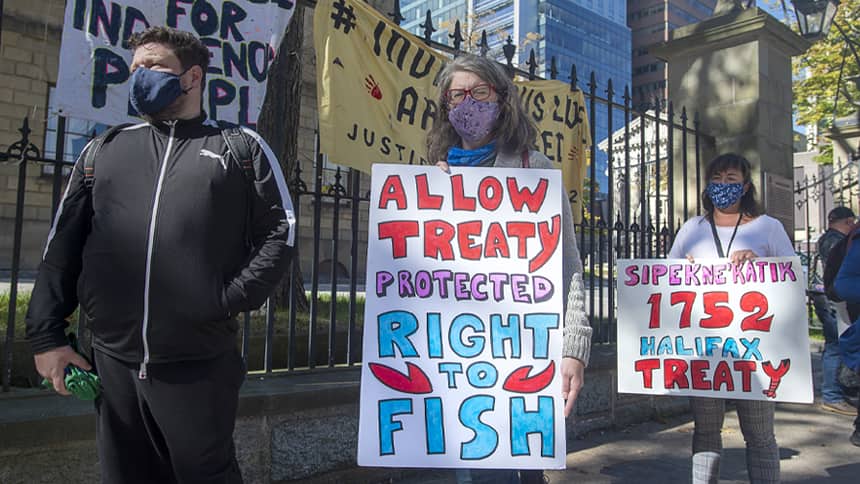 Hundreds of people gathered in Halifax on Friday and over the weekend to show their support of the Sipekne'katik First Nation and their rights to fish. (Image credit: Andrew Vaughan/The Canadian Press)

Several non-Indigenous fishermen and their supporters have been accused of cutting traps and breaking in and damaging facilities where Mi'kmaw fishermen worked and kept their catch.

On Saturday, a suspicious fire burned down one of the buildings where Indigenous fishermen were storing their lobsters and equipment. 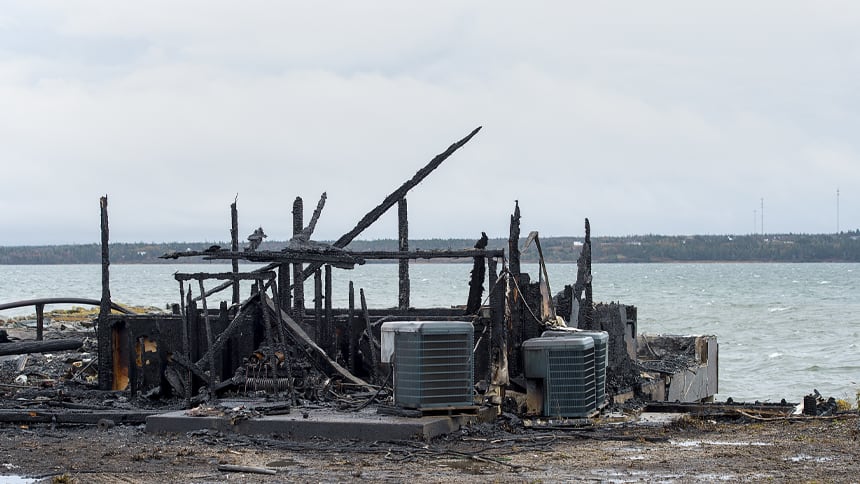 All that remains of a burned down lobster facility in Middle West Pubnico, N.S. (Image credit: Andrew Vaughan/The Canadian Press)

The RCMP continue to investigate the fire and are increasing their presence in Nova Scotia.

Both sides are calling on government leaders to help.

Federal Fisheries Minister Bernadette Jordan said that the government will continue to work with both sides to find a way forward, including a better definition of what “moderate livelihood” means.

“Our conversations to date have been positive, and we must ensure they continue that way,” but, she said, “progress cannot be made if individuals resort to violence.”

Prime Minister Justin Trudeau addressed the tensions on Friday, saying that the conflict wouldn’t be easy to resolve.

“We’re calling for an end to the violence and harassment that’s happening,” he said. “I understand the concerns and the conflict going on right now but we need to find a solution.”